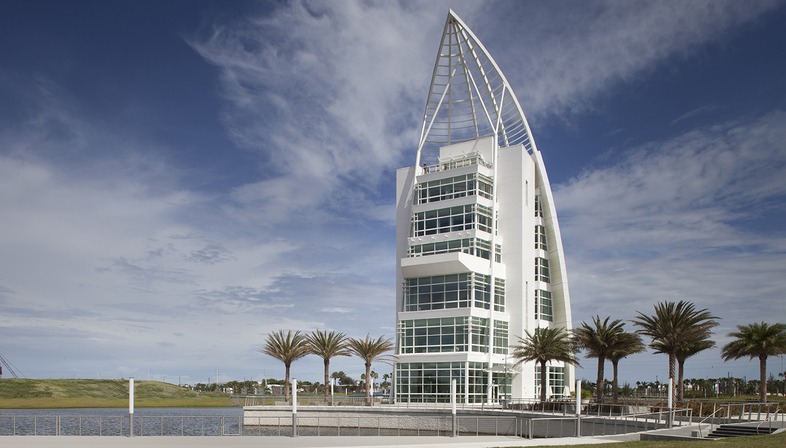 The iconic Port Canaveral lighthouse tower by GWWO Architects stands out at this popular American site with its unusual form and façade painted iridescent white.
It may appear strange, if not unbelievable, that Florida’s famous Port Canaveral did not have an iconic building making it easily recognisable to fans watching NASA events and vessels approaching to dock. The Exploration Tower, a lighthouse tower built by the architects of studio GWWO, solves both these problems, bringing new character to this iconic place with only minimal effort.
The building itself is not very tall, only five floors, which taper off as they rise to a height of about 32 metres. But the side overlooking the sea features a protective cladding in an unusual ogive shape made out of curved aluminium elements covered with a special iridescent paint which produces original effects that vary with the sunlight and the viewer’s position.
The building’s mixed construction technology, on the other hand, is quite simple: reinforced concrete foundations with an aluminium-clad steel frame. All completed with big windows overlooking the rocket launch pad, surrounded by white frames suggesting sails. This dual façade stands out for its simplicity and originality, as it could be compared to either a docked ship or a rocket about to be fired into space. And in fact the tower is designed to meet two requirements: watching aerospace events and enjoying the beauty of the ocean and the ships.
In addition to the aluminium façade, two big, iconic oblique struts with a circular cross-section flank the building, adding rigidity to the structure under horizontal loads. They achieve this by collaborating with the individual connections to the overhanging floor slabs at the front. This design choice not only improves the rigidity of the struts, but contributes to that of the whole building, releasing weight produced by wind action so that it slides down the floors of the tower. The building culminates in two big metal V’s with a circular cross-section, supporting the 16 metre spire of the big aluminium sail and giving the architectural construction a sense of great elegance and formal cleanliness. 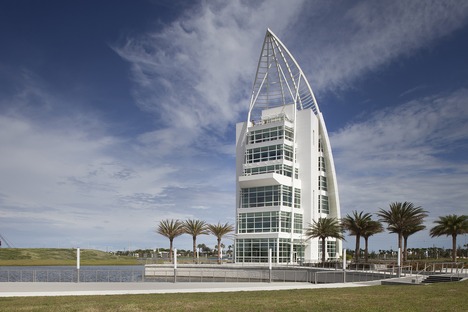 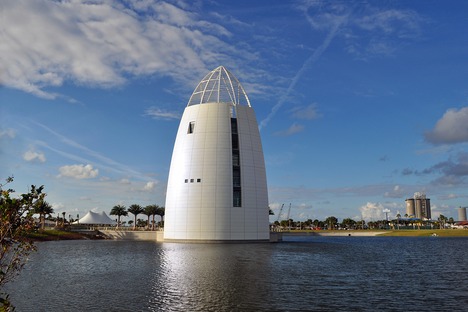 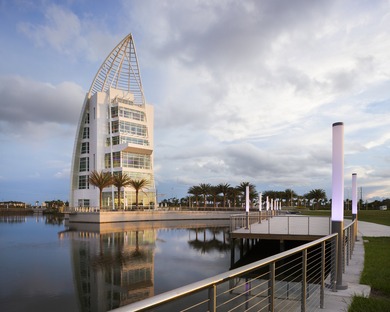 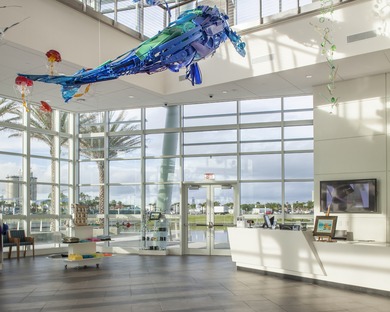 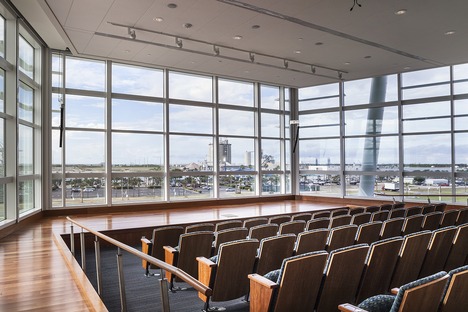 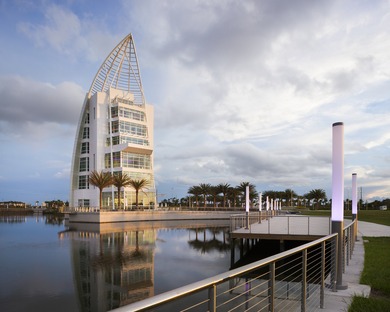 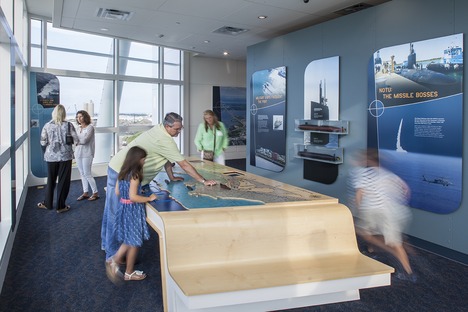 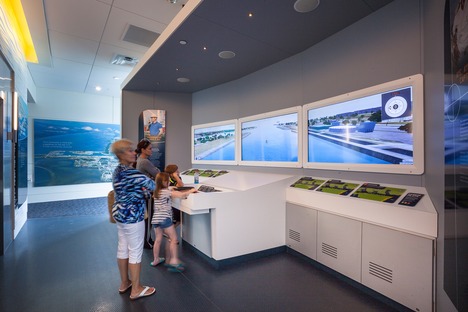 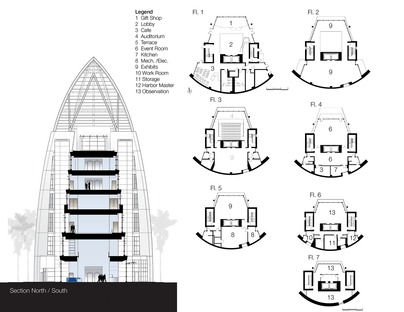