Fibreglass cloth in Fuksas’ The Cloud

A look at the technical details and materials of the congress centre in Rome, a building as iconic as the Palazzo della Civiltà Italiana or Square Colosseum Fuksas’ new congress centre in Rome, nicknamed the Cloud, opened in October 2016. The project opened an all-Italian chapter in modern architecture, starting with a competition in 1998 and maturing with the architect and the available technologies, including glass fibre, for the Cloud is made of silicone-coated fibreglass. The project consists of a building known as the “teca”, meaning display case, of imposing size, measuring 175 m along the front wall, 39 m high and “only” 70 m deep, designed to contain an 1800 seat auditorium in a mystical cloud shape. It has a concrete and steel structure covered with strips of extra-clear stratified glass offering surprising views of its contents at all times of day and night, and totals 16,075 sqm, while the walls inside it are made of double-glazed glass with a cellular solar factor; as the 11,000 sqm roof is also made of glass with a solar factor, 3,000 sqm of monocrystalline photovoltaic panelling has been added. The Cloud has a steel weight-bearing structure that supports the entire auditorium and a second metal grid with calandered girders of various shapes, which follow the curves of the auditorium’s architecture and underline the idea behind the original design. In this way the roof, composed of translucent fibreglass panels coated with silicone weighing 370g/sqm, or 2000 TRL microperforated Atex cloth, hooks onto the metal beams with a specially designed system of fasteners. On the underground level the complex is joined to four additional congress halls with 100 seats each and spaces containing a total of 6000 seats, raising the congress centre’s maximum capacity to 28,000 people at a time. The entire building is designed to be a closed plaza which produces a sensation of openness, created by use of extra-clear glass and travertine flooring the same as the pavement of the Eur district where it is located. 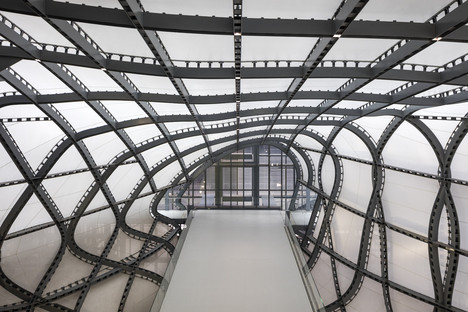 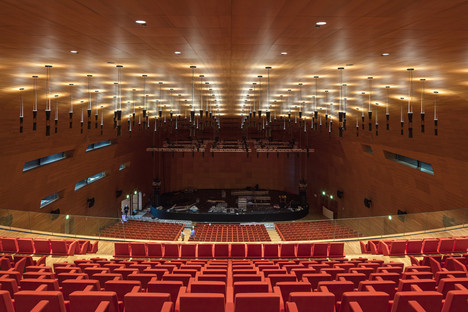 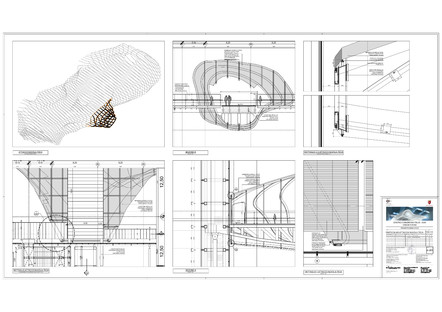 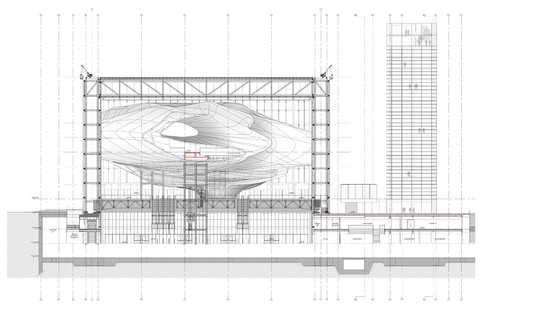 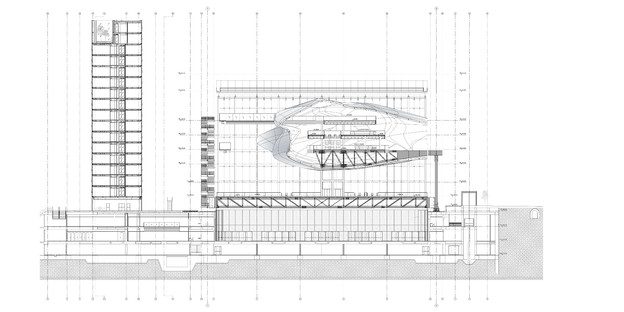 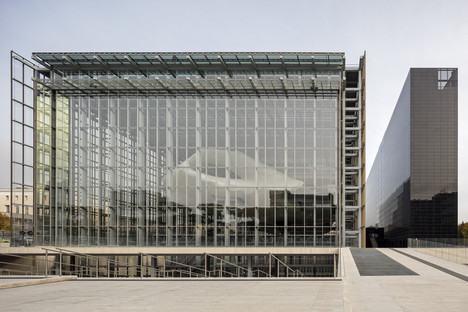 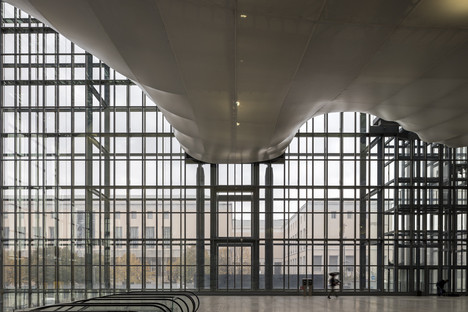 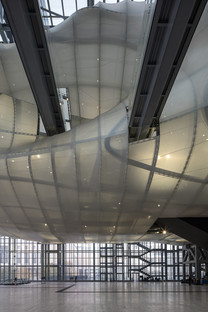 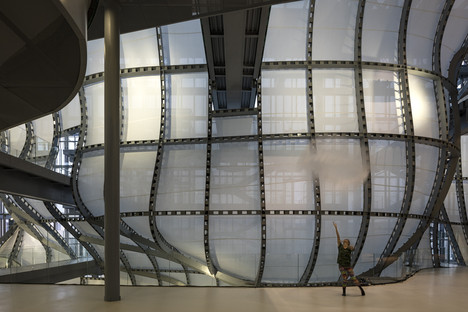 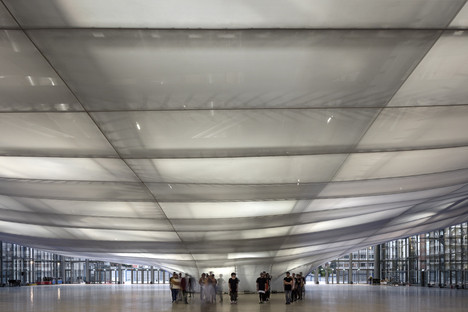 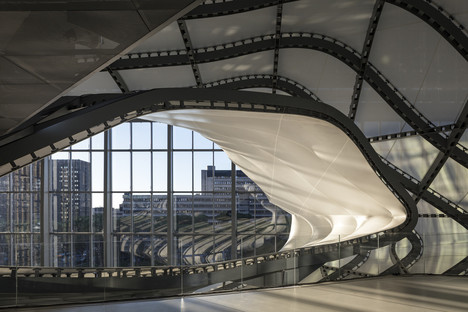 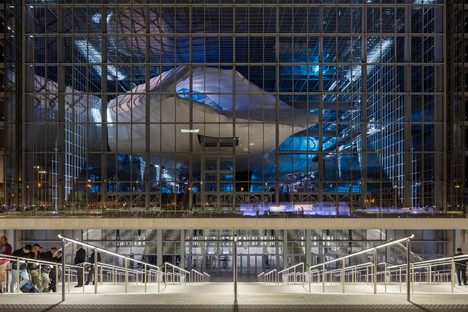 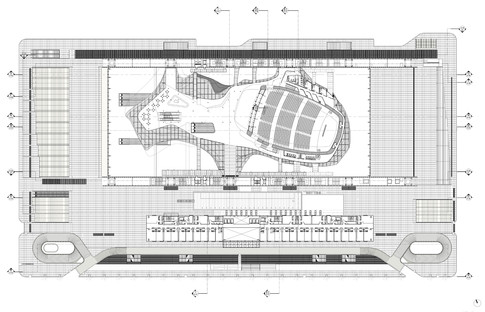 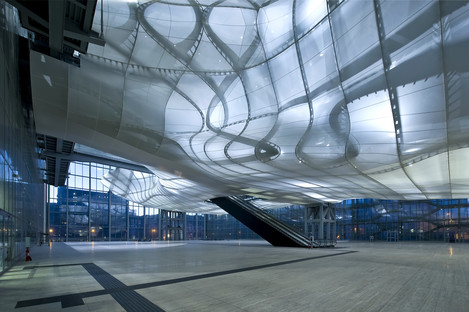 Aluminium screening on the façade of Fuksas’ tower in Turin