The concrete domes of JKMM’s Amos Rex in Helsinki 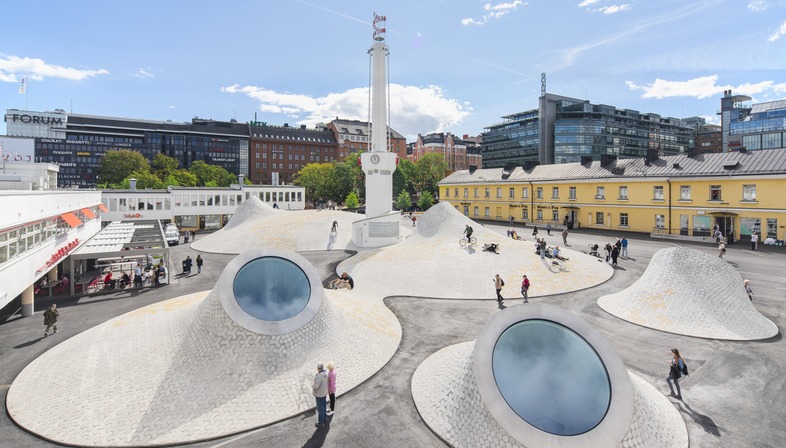 Helsinki’s Amox Rex, formerly known as Amos Anderson Art Museum, is an underground construction which appears to the public in the form of six concrete domes remodelling the plaza behind the shopping centre of the same name, built in the ‘30s.
It wasn’t easy to squeeze in a museum next to a shopping centre that has been a city landmark since the ‘30s, behind a construction as elegant as the Big Amos Rex. But the architects of JKMM managed to be provocative yet humble, setting the museum below street level and redesigning the tectonics of the square behind the Amos Rex. Their goal was to create funnels of light, essential to channel daylight into the new museum.
The building has no façade, and its mysterious entrance with stairs is the most attractive way of bringing together the domes visible from outside, seducing visitors and enticing them into the museum.
Each dome is made up of two thin vaults, each several layers thick, separated by 150mm of glass foam and 300/400mm of insulating and waterproofing polystyrene. The inner dome is made of reinforced concrete, with a constant thickness of 200mm, while the outer dome has three layers, the innermost one of which is a 120mm thick layer of reinforced concrete. This is followed by a 50mm layer of simple cement and a 80mm layer of concrete, corresponding to the substrate covered with cement tiles designed specifically for the project, round or trilobate in shape to recall the skyline of the plaza when seen from above.
It is interesting to note how the historic chimney of the heating system, which was once alone in the plaza, has now been underlined as an urban landmark, making it a key feature of the entire composition. 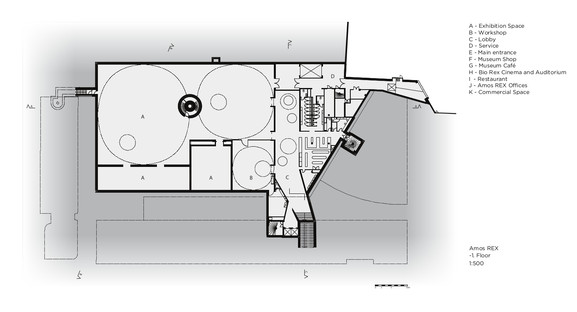 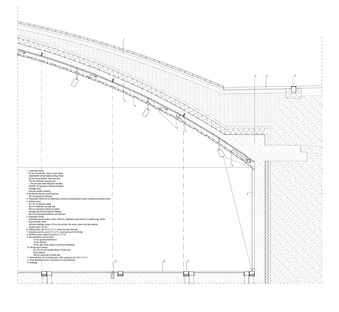 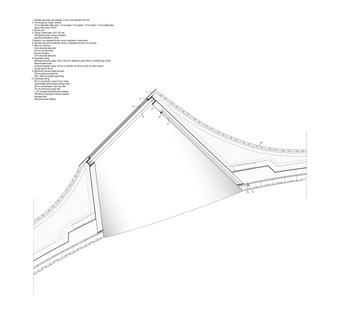 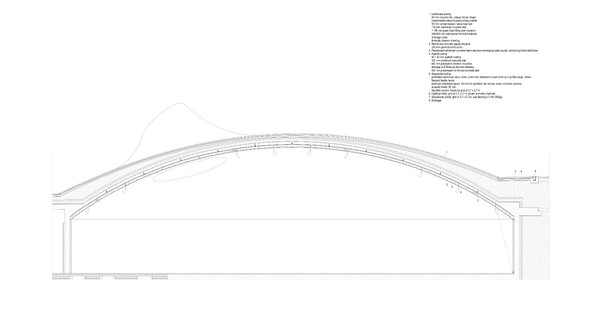 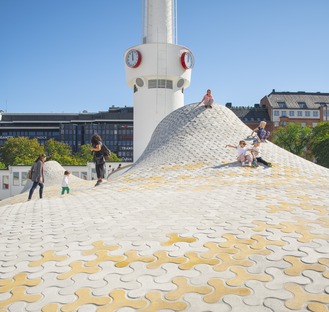 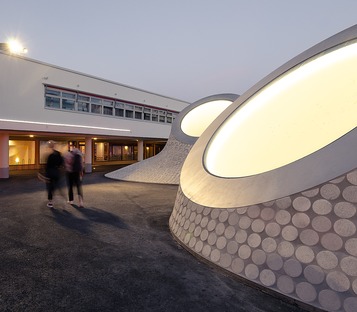 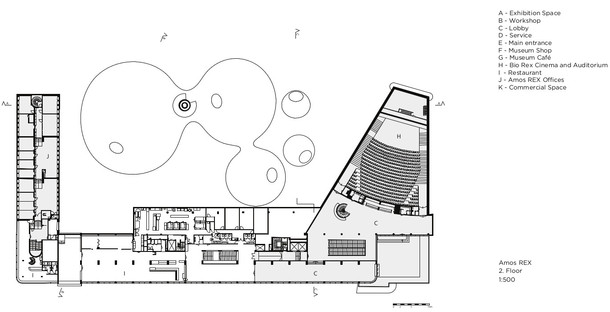