Amelia Tavella: Extension of the Convent Saint-François in Sainte-Lucie-de-Tallano

Originally a fortified architecture dating back to the end of the 15th century - the centre of contemplative life for the locals - which later fell into ruin, the Convent Saint-François in Sainte-Lucie-de-Tallano, Corsica, has been entirely renovated by Amelia Tavella’s firm in Aix-en-Provence, transformed into a media centre and venue for cultural events. 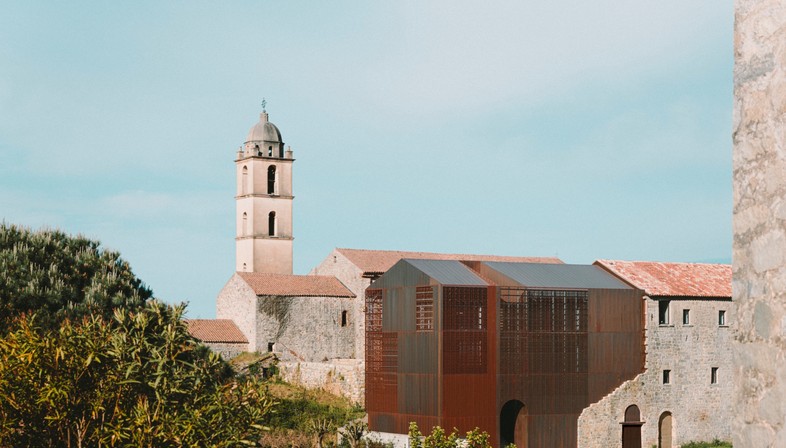 As she was being dubbed a Knight of the National Order of Merit by the Grand Chancery of the Legion of Honour, architect Amelia Tavella was also putting the finishing touches on the renovation and expansion of the Convent Saint-François in Sainte-Lucie-de-Tallano, Corsica. Needless to say, 2021 has marked a turning point in her career, with the up-and-coming young French architect being catapulted to international fame.
In the context of the long and complex history of the site dedicated to St. Francis in the tiny village of Sainte-Lucie-de-Tallano (with population of just 450), her work is incredibly disruptive, striking both industry insiders and the general public with its verve.
La Collectivité de Corse, the institutional body responsible for planning and development on the island, commissioned the redevelopment of the site - which dates back to 1480 but had long since been abandoned and fallen into ruin - perched on a small promontory that overlooks the village of Sainte-Lucie-de-Tallano in Alta Rocca. Surrounded by mountains and hills covered with oak, chestnut and pine forests stood what was originally conceived as a fortified complex, later known to history as a place of prayer dedicated to St. Francis, and more recently classified as a historical monument without any designated use in particular.
The ruins of the monastery consisted of two main buildings made of stone, one formerly the church and the other containing the monks’ chambers and workspaces, both aligned towards the west with a central courtyard. The site sits slightly higher than the access road that run around the complex, marking out the boundaries of the space in relation to the surrounding nature. The aim of the project was to enhance the historical spaces through a process of restoration and functional recovery in order to make the site into a cultural centre for social cohesion, featuring exhibition rooms, a media centre, and spaces especially for children. 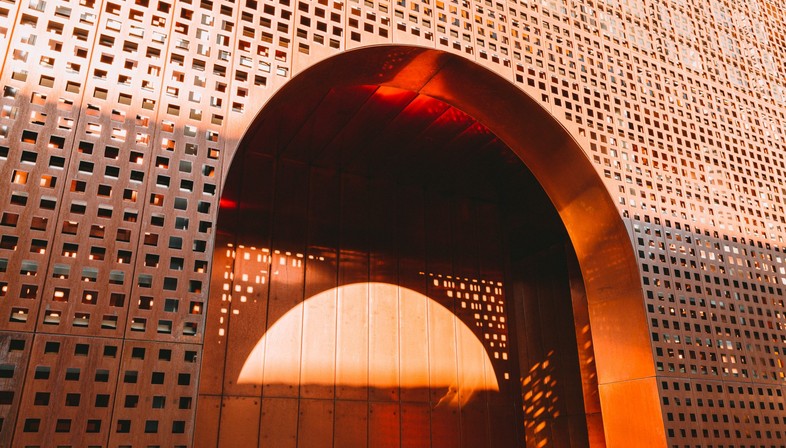 Talking about the state in which she found the convent, Amelia Tavella emphasises the charm of a place that had already undergone multiple transformative processes over the course of its history. Before this last intervention, it had largely been engulfed by vegetation which, insinuating itself between the stones, had actually in a way helped to protect the buildings from erosion and collapse. In the architect’s eyes, the concept of an authentic environment in line with how history had handed it down to us, immersed in nature, was begging to be preserved; as such, she immediately precluded any approach involving the reconstruction of damaged or missing sections in the same style. Her vision was for a new cultural centre based in a location that proudly declared its strong ties to local history: a goal she achieved by starting with the restoration of one of the area’s most iconic and widely-loved buildings, but also ensuring that it belonged to the present day, a period of time that would become an integral part of that history.
Hence why the extension of the section in ruins - the cloister which housed the monks’ quarters - is an ideal reconstruction, in terms of both shape and size, of what was lost to the ages, not intended to imitate the past, but instead using a new design dictated by its use and the modern materials now available. As such, the building has returned to its original size, effectively doubling in volume to accommodate the new rooms, whilst at the same time transforming into an architecture that is different from what it once was in a thoroughly contemporary gesture. Whilst the old structures have been rid of all signs of deterioration, with some plasterwork used in order to allow the stone to shine once again, the extension is built using a structure entirely covered in perforated copper: a ‘mashrabiyya’ of sorts, redolent of traditional Mediterranean building techniques, serving to allow air and a soft light to flow freely through the building. “I like materials that respond to light and the other actions of time,” says Amelia Tavella, revealing her preference for materials that have the power to preserve a sense of memory within themselves.
Copper was used to ‘fill in’ what was missing of the original building’s outline, reproducing its subdivision into floors by means of the layout of the metal panels, reproducing the vaulted portals and the inclination of the pitched roof. This truly elegant material, endowed with a glowing brilliance that effectively conveys the historical importance of the site, brings the extension up to the same level of value as the original portion, thus establishing a dialogue that treats this contemporary (to us) project and the historical relic as equals.
With this in mind, this site dedicated to St. Francis - a place loved by the locals and which forms an integral part of their history and memory - can now once again be enjoyed, in the same location and with the same relationship with the local area, but with a different meaning: the meaning given to the architecture by this modern-day project. Because our era, our period, also has the right and the duty to bear witness to the mark we make on history’s boundless course. 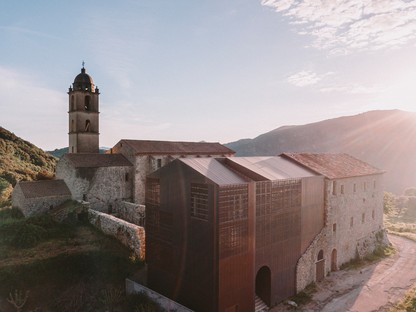 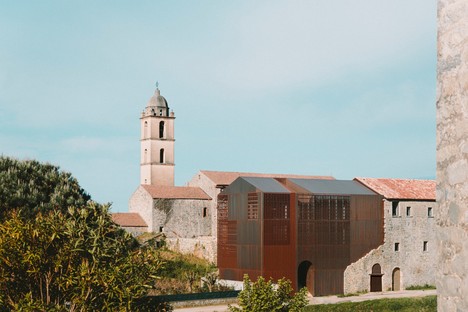 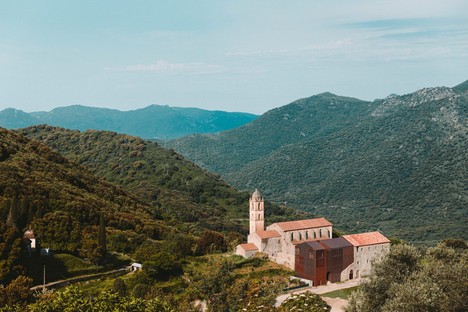 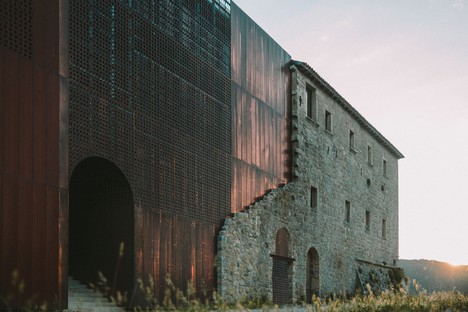 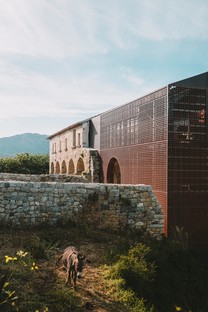 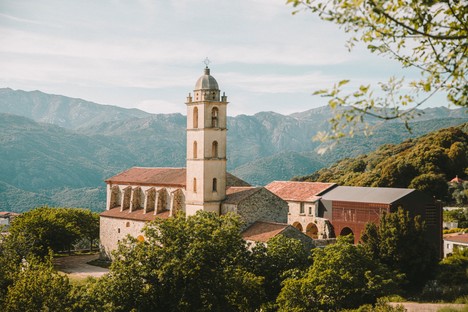 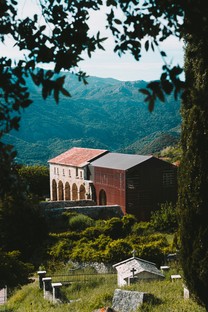 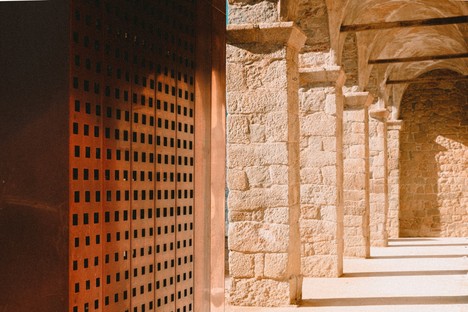 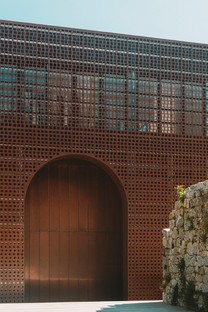 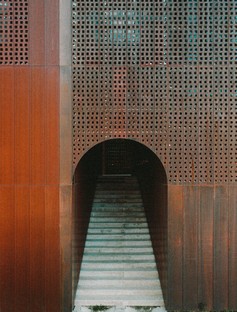 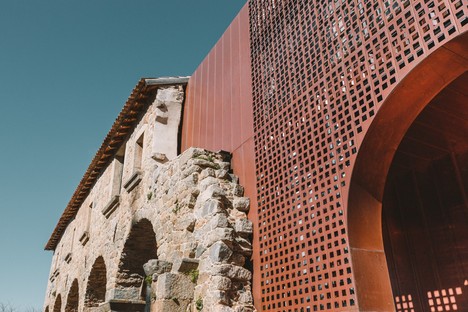 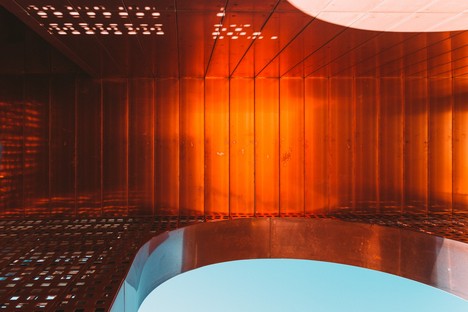 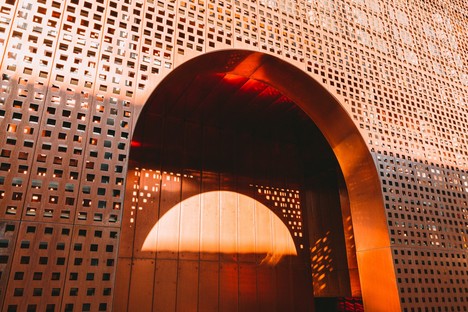 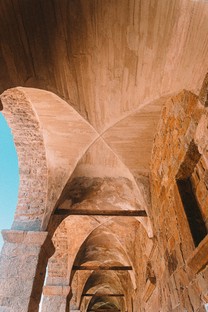 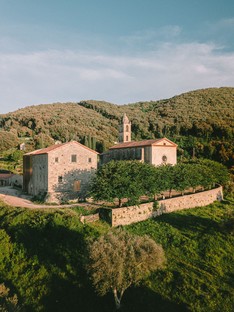 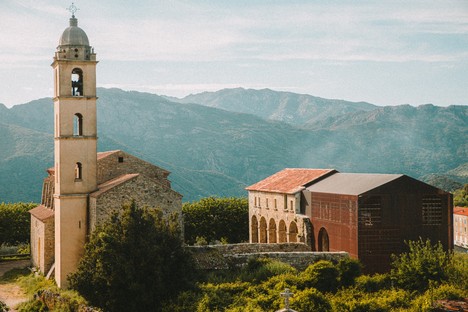 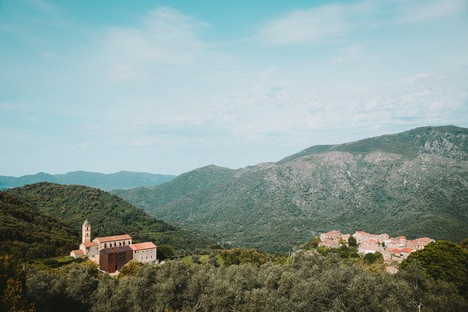 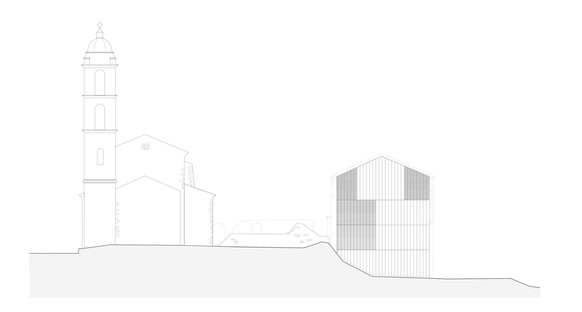 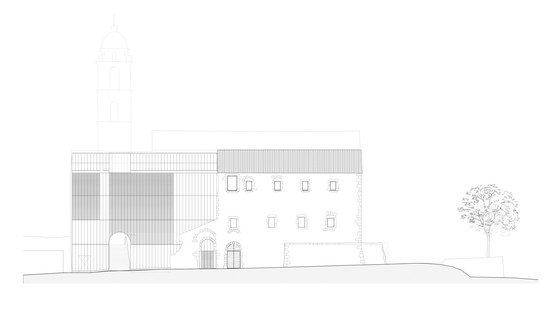 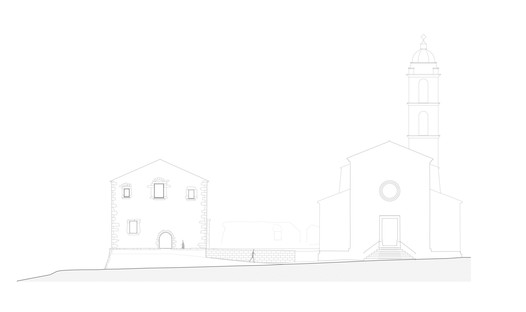 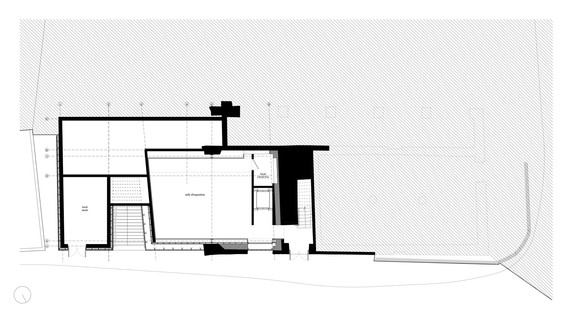 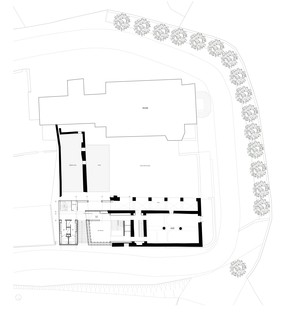 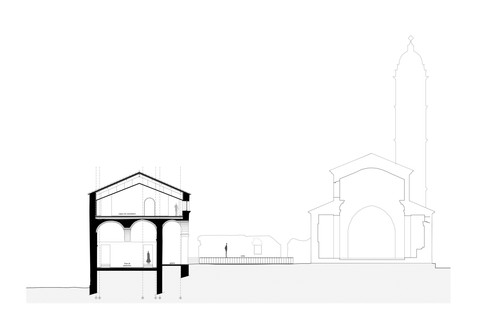 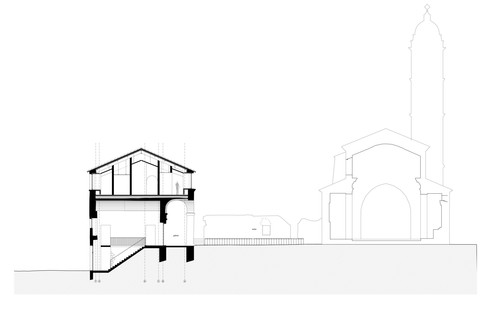