The Alvisi Kirimoto studio has created the design for the exhibition dedicated to EMILIO VEDOVA, one of the most authoritative artists of the 1900s. Curated by Germano Celant, the exhibition, one of the most important personal retrospectives dedicated to Emilio Vedova, opened its doors on December 6 at Palazzo Reale in Milan. A tribute to the artist who died in 2006, on the occasion of the centenary of his birth. The exhibition will remain open to the public until February 9, 2020. 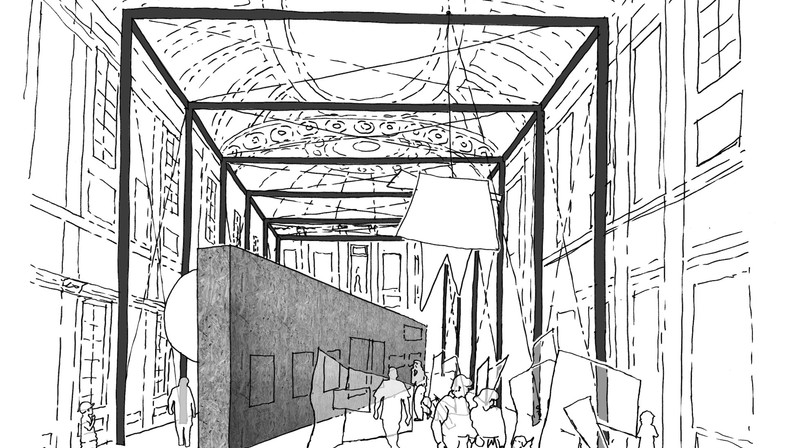 The EMILIO VEDOVA exhibition recently opened its doors at Palazzo Reale in Milan, curated by Germano Celant with the architectural design project created by the Alvisi Kirimoto studio. Promoted by the Municipality of Milan - Culture, Palazzo Reale and the Fondazione Emilio e Annabianca Vedova, the exhibition is one the most important ever dedicated to the Italian artist, recognised as an authoritative figure of the 20th century.

The exhibition will remain open to the public until February 9, 2020.

The exhibition – and with it the exhibition design – spans two halls of Milan’s Palazzo Reale. The exhibition begins in Sala del Piccolo Lucernario, where Emilio Vedova’s biographical and professional itinerary is reconstructed. The uniform and abstract nature of the environment, covered with grey panels on the walls and the floor, offers an ideal moment of reflection – as well as a didactic perspective – before plunging into the explosion of colours characterising the works exhibited in Sala delle Cariatidi. The architectural design project, created by the Alvisi Kirimoto firm, offers a new and interesting interpretation of this scenic space in Milan’s Palazzo Reale, originally built in the mid-eighteenth century and partially destroyed by the bombings endured during the Second World War. The majestic space of the hall offers an appropriate spatial representation for Emilio Vedova’s imposing works: in fact, to emphasise the «urban nature» of the works on display, windows overlooking the Cathedral were opened on an exceptional basis. Together with the curator of the exhibition, Germano Celant, the architects decided to intervene in the space based on a strong yet minimal approach. The radical element that divides the space and creates a double environment, allowing visitors to orient themselves and to create their route through the exhibition is a 30 m long, 5 m high and 1 m wide diagonal wall.
The architects also included a black and “light” metal structure, a self-supporting frame that dominates the septum and whose simplicity and slenderness contrast with the materiality of the latter. The frame has a practical function, supporting the lighting structures, while at the same time dictating the compositional rhythm of the whole. The slenderness of the metal elements, on the other hand, represents a subtle reference to the tools used by the artist in his studio in Venice. The approximately 40 works exhibited include paintings and sculptures, large canvases and round paintings installed on the floor. The majority of the works were completed by the artist during the 1960s and the 1980s, two key periods in the evolution of his pictorial thinking.
The exhibition is the ideal conclusion to a year of initiatives created to celebrate the centenary of the birth of Emilio Vedova. The various events organised during the year include the production of the film entitled “Emilio Vedova. Dalla parte del naufragio”, produced by Twin Studio and directed by Tomaso Pessina, with actor Toni Servillo reading from the painter’s diaries. The biopic was presented at the Venice Film Festival as part of the Venice Days. Moreover, a number of publications on the artist came out in 2019: “Vedova De America” published by Skira, “Pagine di diario” previously published by Prestel Verlag in 1960, with a new edition by Fondazione Emilio e Annabianca Vedova and Marsilio Editori, as well as the monograph on the exhibition, curated by Germano Celant and also published by the Fondazione with Marsilio Editori. 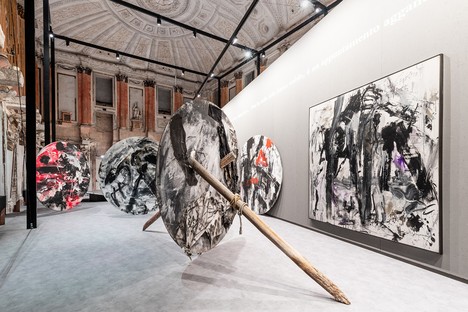 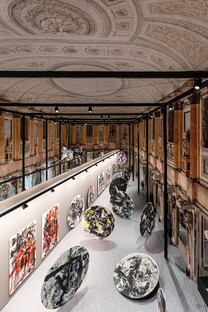 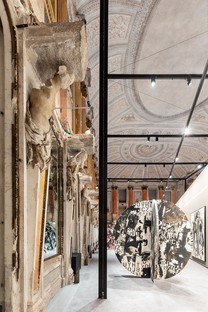 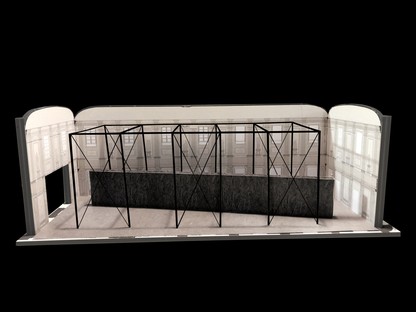 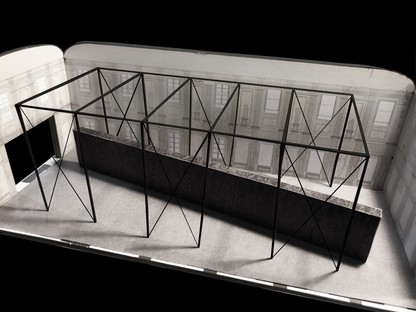 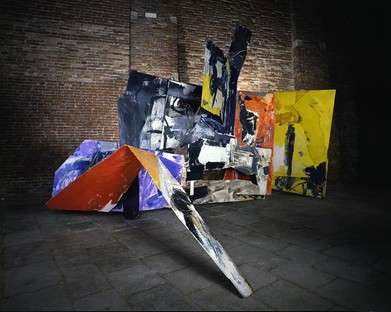 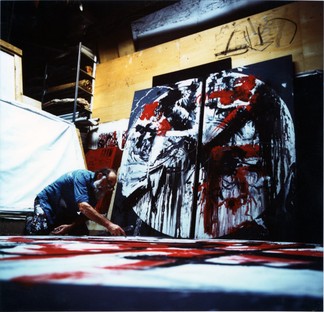 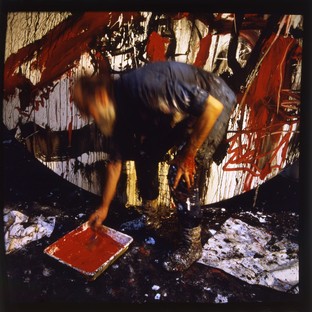