The care facility for people with mental disabilities run by the non-profit organisation Monnikenheide in the forest of Zoersel, in Antwerp province, was designed by 51N4E architectural studio of Brussels, founded by architects Freek Persyn, Peter Swinnen and Johan Anrys. 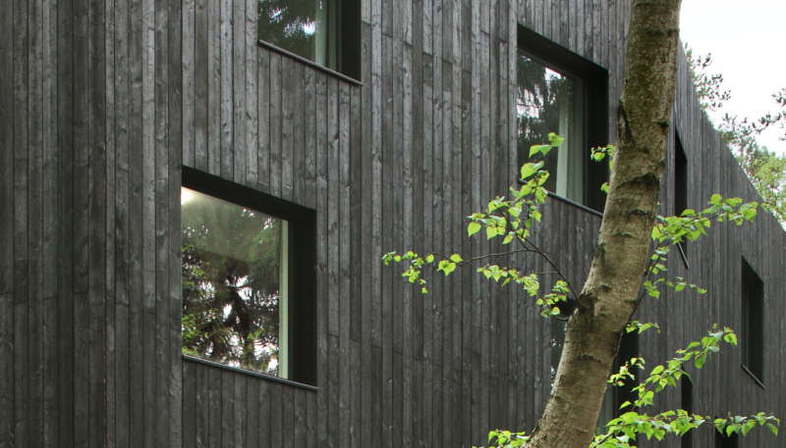 The architectural practice founded in 1998 by Freek Persyn, Peter Swinnen and Johan Anrys in Brussels, named 51N4E after the city’s geographic coordinates, designed Huis aan ‘t Laar, meaning “house at the open space in the forest”, for the non-profit organisation Monnikenheide.
It is a residence containing 16 studio flats for people with mental disabilities. Guests are divided into two groups of 8 with a companion for each group providing constant guidance; the complex is located in the woods of Zoersel, in the province of Antwerp, Belgium. The architects of 51N4E decided to do away with the traditional pavilion-type construction normally used in healthcare facilities and concentrate the two groups of guests in a single building rather than building two separate residences. What appears from the outside to be a single construction is in actual fact organised as a dual residence, with separate routes for each group and only a few points of contact, visual in the stairwells and social in the companions’ studio flats.
The building’s layout is irregular due to internal and external conditions: the lay of the land and the presence of numerous trees. The rooms for the guests or patients are elongated and irregular in shape, permitting the space to be subdivided according to the functions for which it is used, reflected on the outside in the apparently random distribution of the windows. The façades, made of black Siberian larch panels, add to the air of mystery surrounding the residence, which is half-hidden among the trees and appears to the view only when close up. 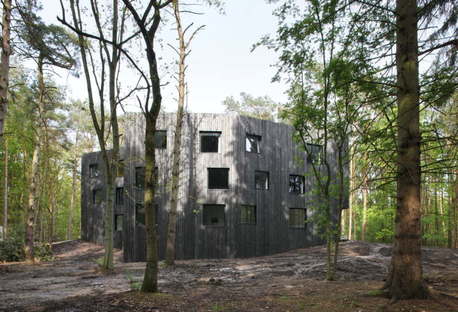 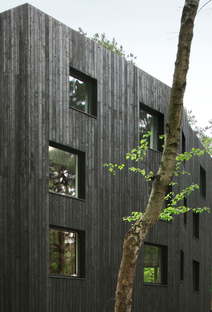 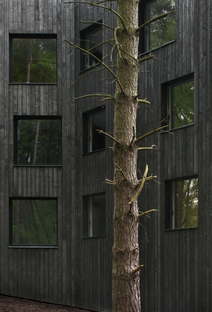 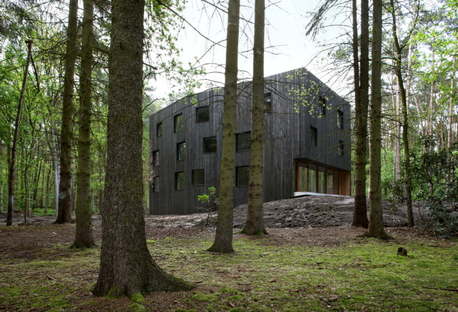 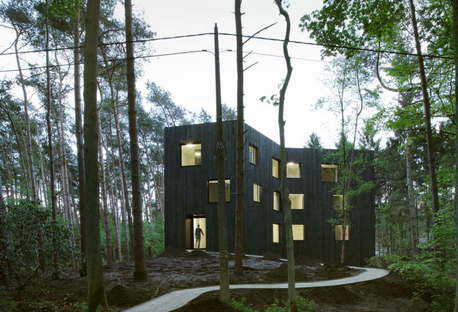 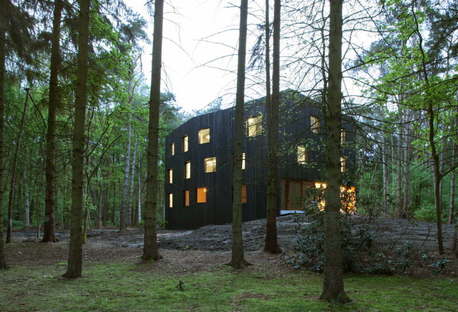 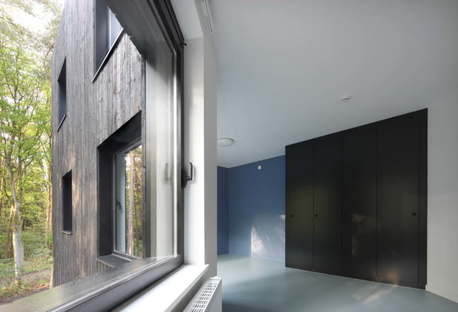 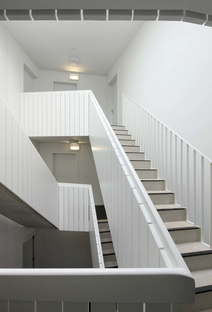 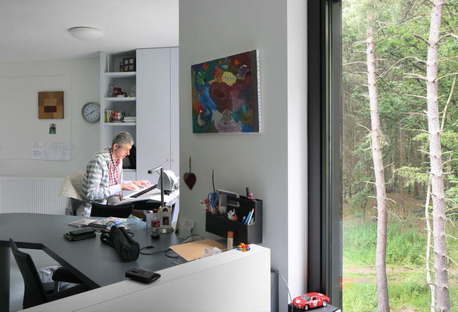 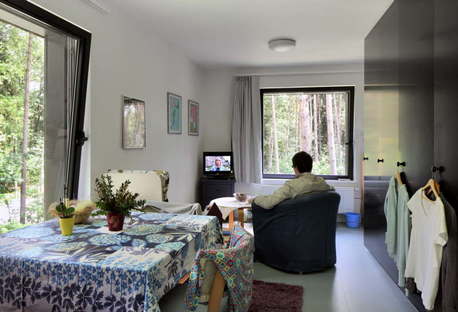 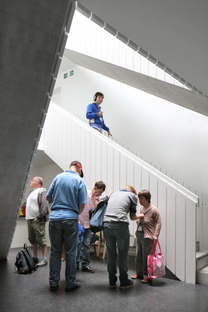 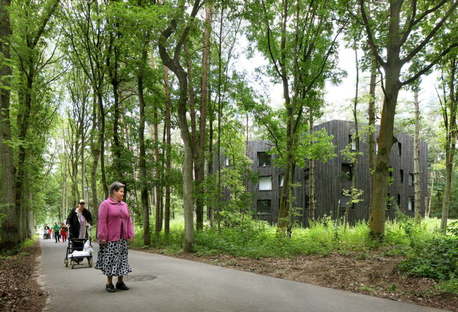