Big Air Shougang ski slope designed by architect and professor Li Brian Zhang with his studio TeamMinus in Beijing is the only new sporting facility to be built in the Chinese capital for the 14th Winter Olympic Games, due to begin 4 February 2022. Berlin’s Aedes Architecture Forum presents an exhibition opening January 22 about Big Air Shougang slope and other projects by the studio in which "movement" plays an important role. 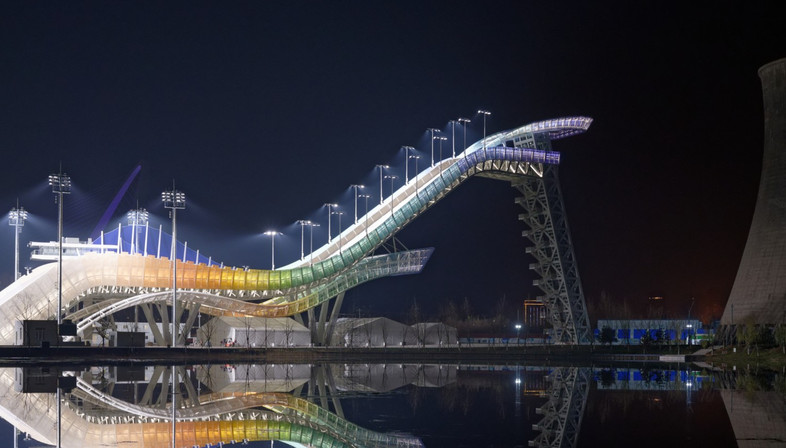 The 14th Winter Olympic Games begin on 4 February 2022 in China, with sporting events held in three different locations: Beijing, Yanqing and Zhangjiakou.
The Olympic Games offer an important opportunity to renew existing sporting facilities and bring new life to former industrial areas with sustainable transformation. In Beijing, sporting facilities built for the 2008 Summer Olympics will be reused; the only new Olympic project in the Chinese capital is located in Shougang Industrial Park, formerly one of the region’s largest steel plants. Big Air Shougang skiing and freestyle snowboarding slope is a new sporting facility and project for transformation of the industrial park by TeamMinus, the studio of architect and professor Brian Li Zhang, current Dean of the School of Architecture of Beijing’s Tsinghua University.

The new Big Air Shougang ski slope is the key to the entire project, located by Lake Qunming, the waters of which were formerly used in the steel plant’s cooling system. The lake offered an important source of inspiration, as the architects drew their inspiration for the design of the sports complex from representation of the Apsaras in Buddhist mythology: water nymphs often depicted in flight with long scarves fluttering in the wind. The parallel with athletes performing dramatic jumps will be clear. The big cooling towers of the steel plant have been preserved beside the slope, and these volumes, along with the former Oxygen Factory and other structures testifying to the area’s industrial past, contribute to the construction of the landscape of a new park. When the Games are over, the former Oxygen Factory will become a new home for start-ups.

On 21 January an exhibition will open at Aedes Architecture Forum in Berlin entitled “Zhang Li, TeamMinus at Tsinghua University Beijing: Urban Ergonomics”, focusing primarily on the new Big Air Shougang ski jump. Visitors will be involved in an interactive game recreating the ergonomic positions athletes assume in relation to the construction, allowing the public to interact virtually with the ski slope and practice the best posture for elegant turns and jumps on skis. The exhibition also includes drawings and illustrations of Big Air Shougang ski jump and three other projects by TeamMinus ideally representing the studio’s way of working, in which "movement" plays a very important role, modelling the form of the architecture: Jianamani Visitor Centre in Qinghai province, the underground cultural centre in the Piazza and Art Space Gujiaying Village in Yanqing, and Aranya Ideas Camp and Community Centre in Qinhuangdao. 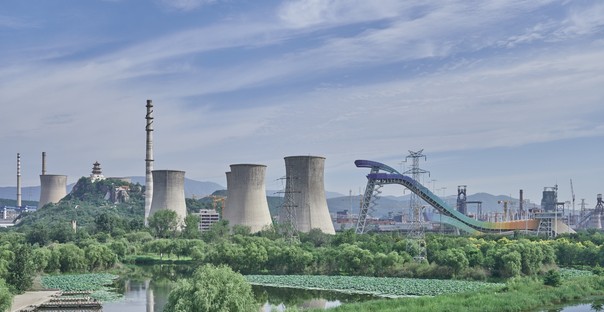 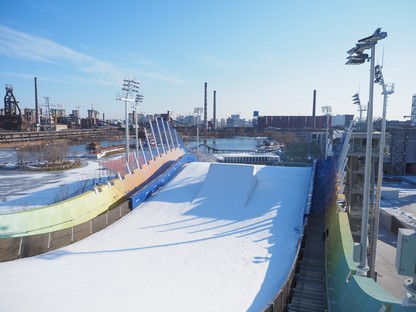 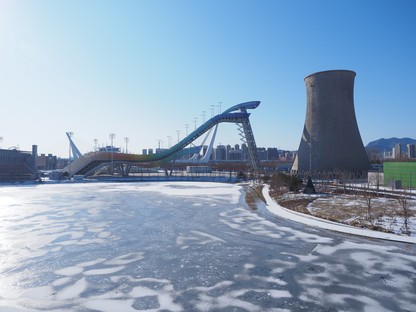 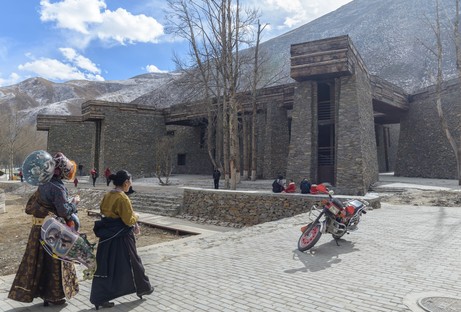 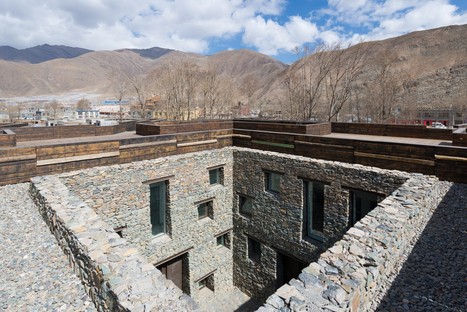 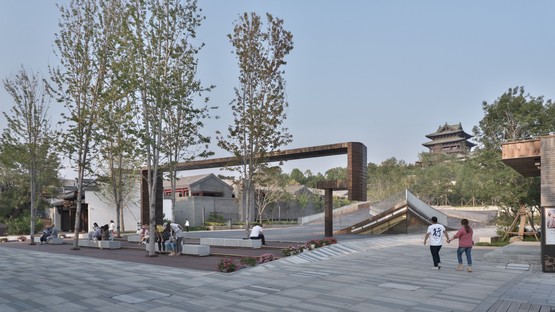 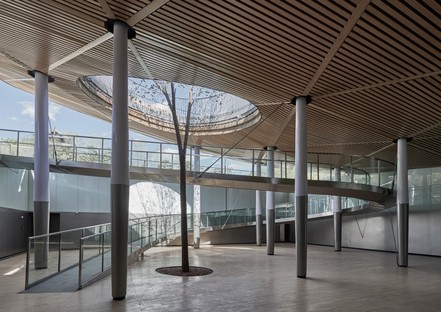 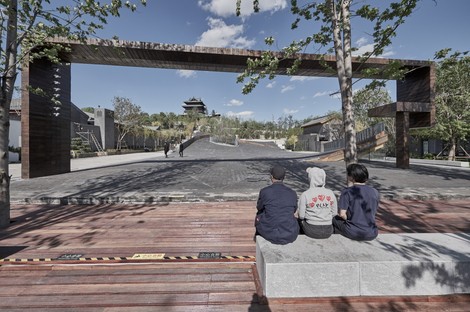 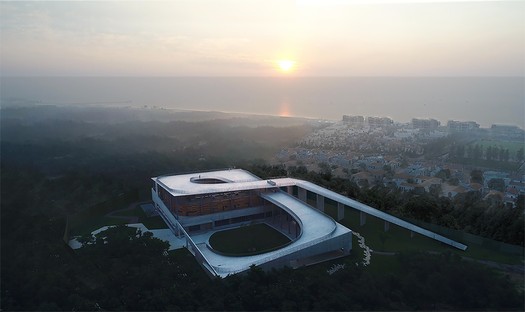 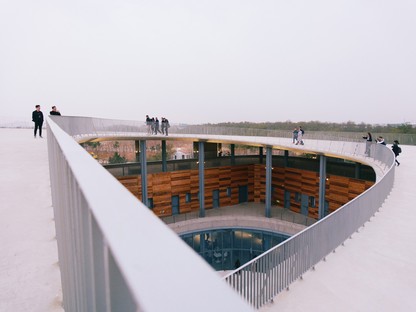 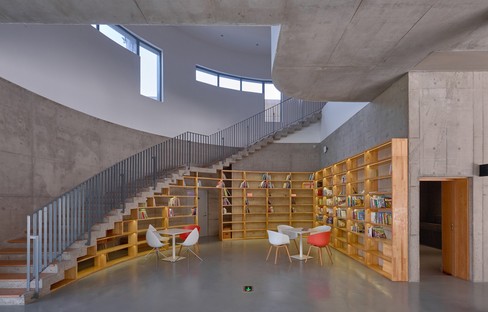