Two urban projects: The Rising in Milano and Red Planet in Shanghai

Francesco Librizzi designed The Rising for Fuorisalone in Milan, transforming a junction of roads into a visitor attraction. 100architects’ Red Planet project in Shanghai also creates a new urban landmark. 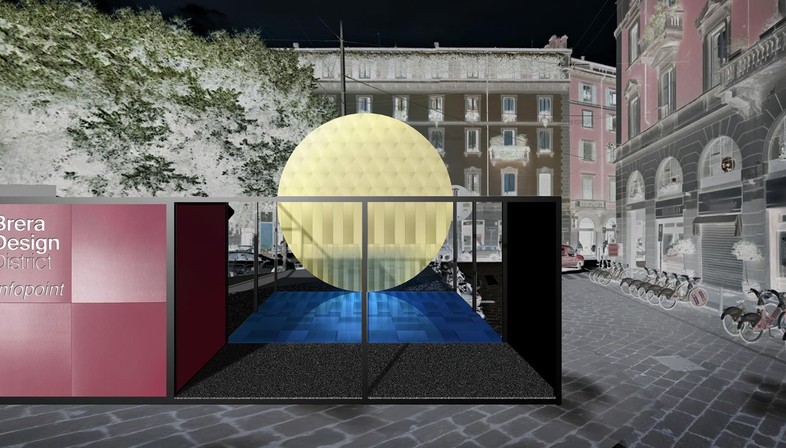 Projects for urban spaces, even temporary ones such as the Fuorisalone events in Milan, offer an opportunity to look at the city through different eyes. The architect’s mediation gives this discovery and appropriation of public space new spatial qualities and functions. In a society which is increasingly connected online, they offer people an opportunity to live offline in their own neighbourhoods, on their own streets, rediscovering traditional forms of intergenerational, empathetic socialising.
Plenty of examples may be found all over the world; some examples discussed in the pages of Floornature include the Copenhagen experience of the Superkilen project by BIG, Superflex and Topotek 1 , winner of the 2016 Aga Khan Award For Architecture. 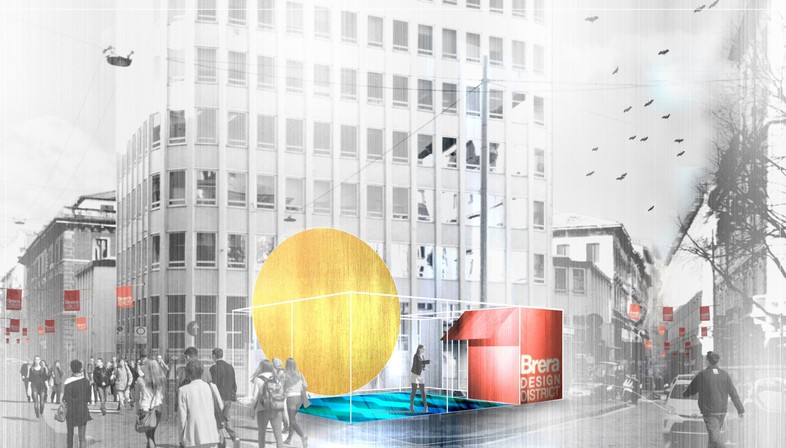 The events at Fuorisalone, initiatives following one upon another in the city of Milan during the dates of the Salone del Mobile, offer an interesting opportunity to look at a number of places in the city of Milan from a different point of view and discover new spatial qualities. This is the case, for example, of “The Rising”, an installation designed by architect Francesco Librizzi in Largo Treves. Francesco Librizzi’s project transforms a junction of roads into a plaza by creating a pedestrian courtyard marking the gateway to the Brera Design District. The new Brera Design District Info Point, with its artificial sun, The Rising, thus becomes an iconic, evocative urban landmark, attracting and guiding Fuorisalone visitors to one of the city’s most interesting neighbourhoods, a place for meetings and events linked with the proposals at the Brera Design Week. 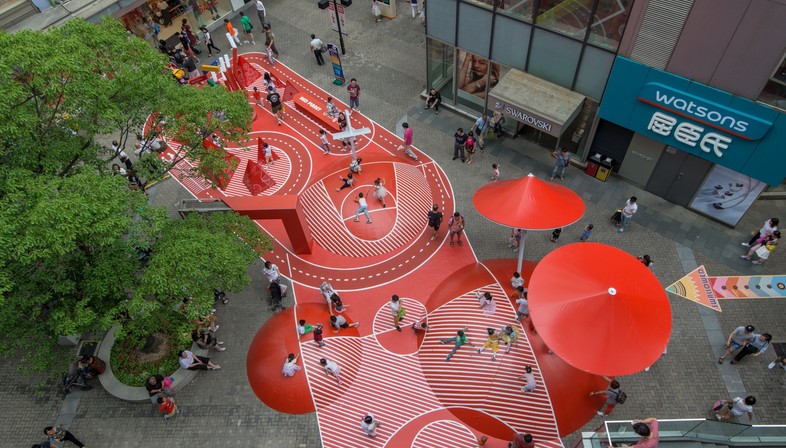 Another recent project of this kind is the Red Planet, a project by 100architects in Shanghai in mixed public/private spaces on a shopping street. The architects were asked to create an innovative, emotional place that would attract both children and adults, encouraging interaction between users and improving the shopping experience offered by the nearby shopping centre, a series of shops along one of Shanghai’s most popular shopping streets. The architects worked on users’ perception of space, breaking the rules and creating a surreal place that gets the imagination working in visitors of all ages. The bold colours of Red Planet create a sense of surprise and bewilderment in the observer; it is an unexpected place, a basketball court but also a surreal playground, that never goes unnoticed, stimulating interaction among adults and children alike. What used to be pathways from one shop to another have become spaces in which to stop, play and have fun. The new topography of the usable area allows children (and adults) to enjoy a number of different spatial experiences, sitting, climbing and even going down the slides!

The installation is bounded by a jogging track. Street furnishings along the route act as hurdles or games to involve children in creative play, benches to sit on, etc.; these street furnishings, like the path itself, are all coloured bright red. The declared intention of 100architects was in fact to encourage total immersion in this surreal Red Planet. 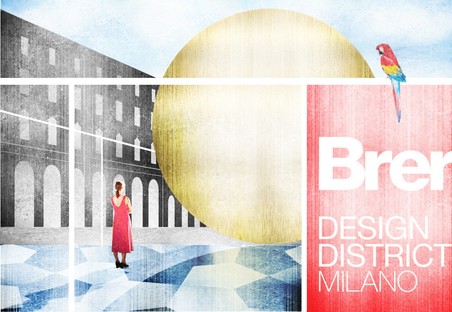 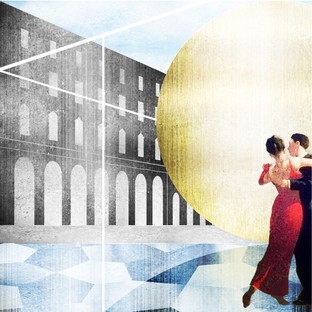 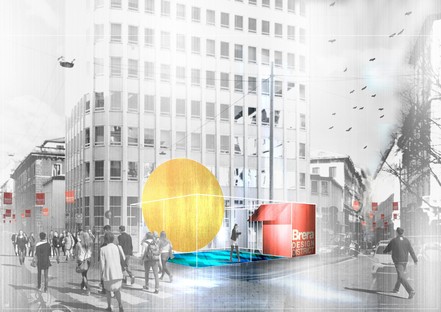 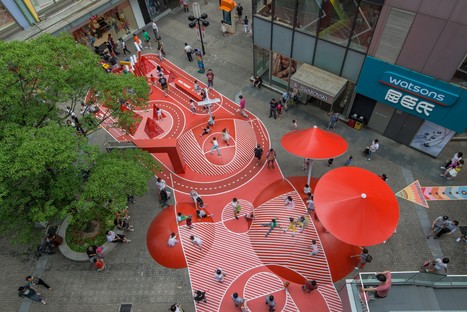 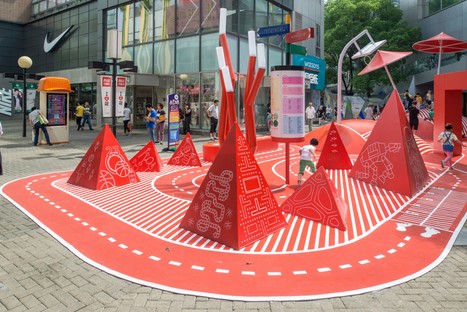 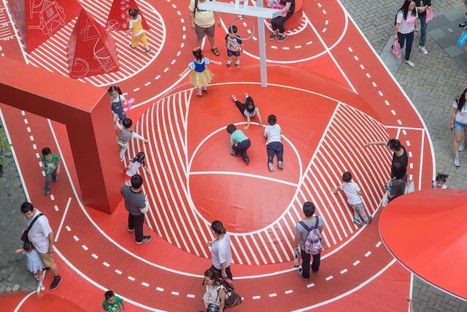 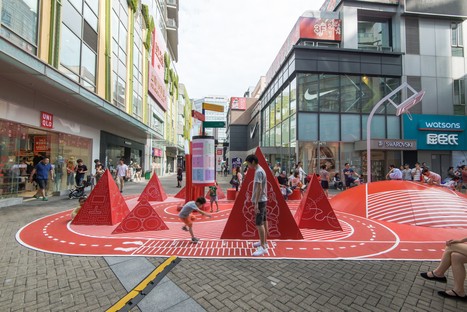 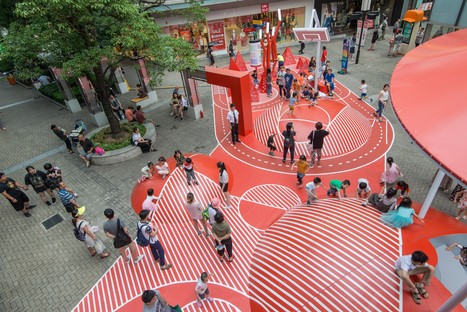 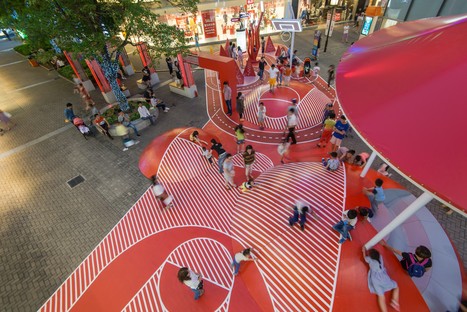 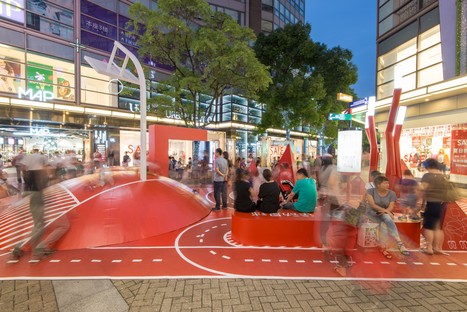 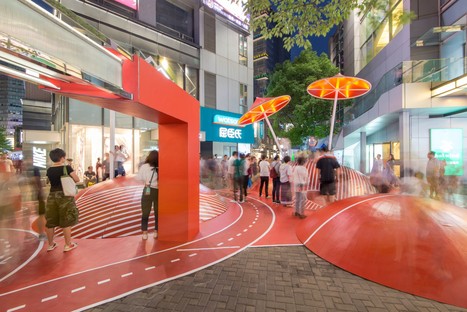 A rooster for Chinese New Year by 100architects