Square! Positively shrinking at the Estonian Pavilion in the Architecture Exhibition at Biennale Venezia 2021

Estonia will be participating in the 17th International Architecture Exhibition at Biennale di Venezia, "How will we live together?", curated by architect Hashim Sarkis. Starting on May 22, at the country’s pavilion in the Arsenale complex, the Estonian Centre for Architecture will present the exhibition “Square! Positively shrinking”, curated by Jiří Tintěra, Garri Raagmaa, Kalle Vellevoog, Martin Pedanik and Paulina Pähn, investigating the role of quality urban space in the future development of small towns with declining populations. The Estonian Centre for Architecture responds to the question “How will we live together?", the title of the 17th International Architecture Exhibition at Biennale di Venezia, curated by architect Hashim Sarkis, with an exhibition looking at an important aspect of urban development: depopulation of small towns and the possible solutions for giving them a new identity.

From May 22 through November 21, 2021 the Estonian pavilion in Venice’s Arsenale complex will host “Square! Positively shrinking”, curated by Jiří Tintěra, Garri Raagmaa, Kalle Vellevoog, Martin Pedanik and Paulina Pähn.
"City shrinkage" is affecting many towns all over Europe, but is especially common in post-socialist eastern Europe as a result of the changes consequent on the transition of 1989 - 1991. Since the year 2000, 45 of Estonia’s 47 biggest towns have lost a significant percentage of their population: a phenomenon that, as the curators report, has had greater repercussions for local communities than low birth rates and emigration. The exhibition “Square! Positively shrinking” investigates the role of quality urban space in the future development of small towns subject to depopulation, presenting solutions for modelling shrinking cities and giving them a new identity.
“ The causes of population decline are global, but the consequences are local,” declares the exhibition’s curatorial team, continuing: “ One way to combat this phenomenon is to focus on improving the quality of life of the population and strengthening local awareness and identity. Our message is that quality urban space has a key role to play in this and cities and architects can do a lot”.
The emphasis is placed both on the role and responsibilities of the architect as a defender of public spaces and on the city, where there must be a strong focus on regeneration of urban vacancies and brownfield industrial sites. These abandoned and unresolved spaces, along with poor quality residential buildings and green spaces which are neglected or insufficient in relation to the resident population, are the principal reasons for negative impact on citizens, triggering a vicious circle that amplifies decline.
The exhibition shows visitors what action is required in the urban space of shrinking cities, through revitalisation of urban spaces, restoration of historic buildings, demolition of abandoned or decaying constructions and active housing policies. The curators emphasise video screenings in the exhibition, showcasing the results of the “Great Public Spaces” (Hea avalik ruum) project organised as part of the “Estonia 100 Architecture Programme”, an initiative marking the country’s centennial with regeneration of the centres and public spaces of 15 Estonian towns, resulting in the completion of town centre squares in Tõrva, Põlva, Valga and Rapla in 2018, Võru and Kuressaare in 2019, and Elva and Rakvere in 2020. 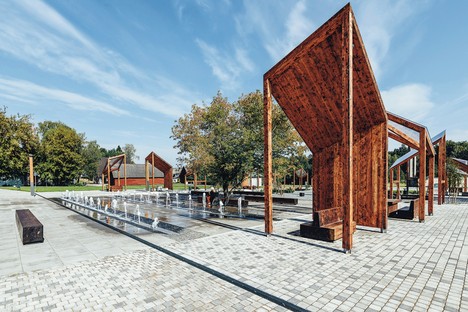 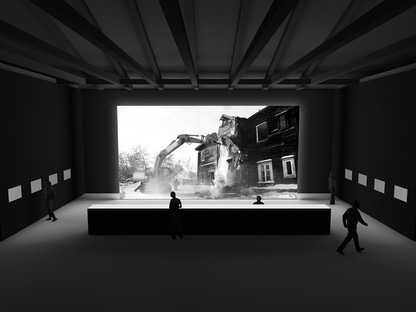 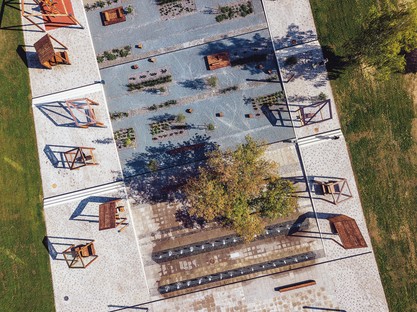 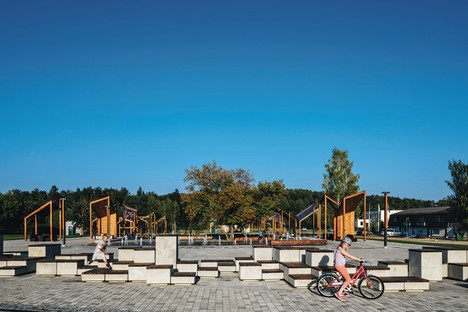 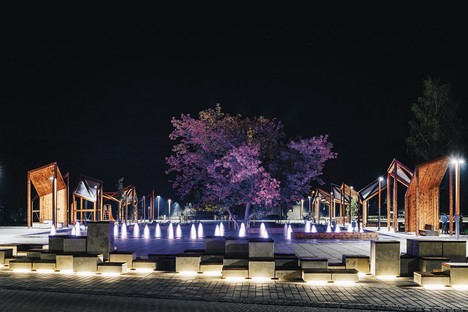 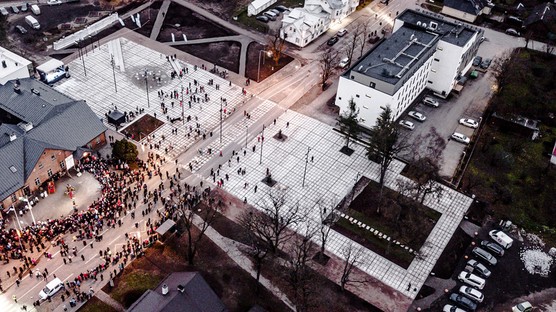 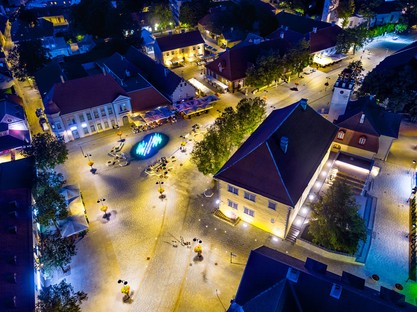 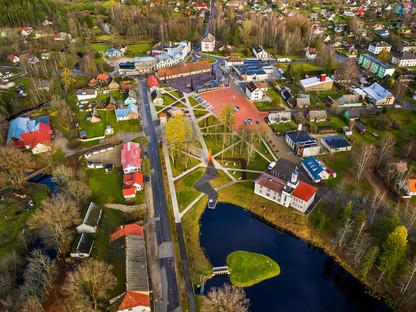 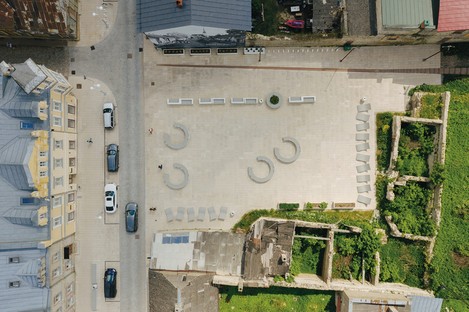 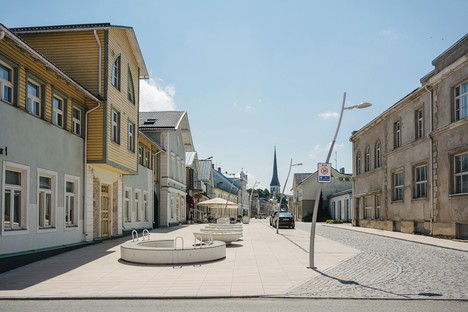 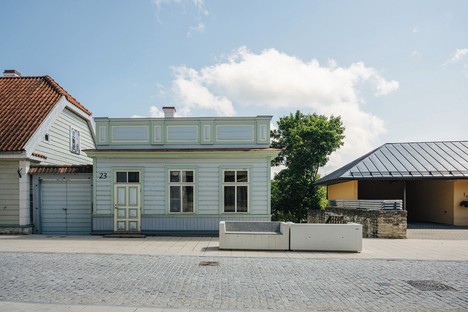 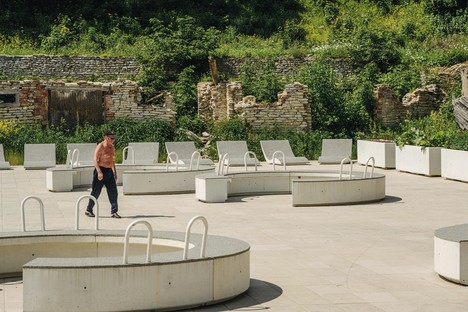 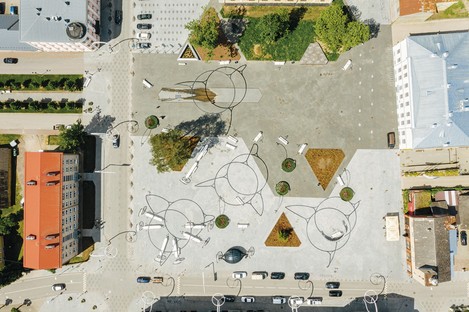 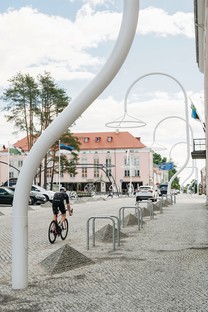 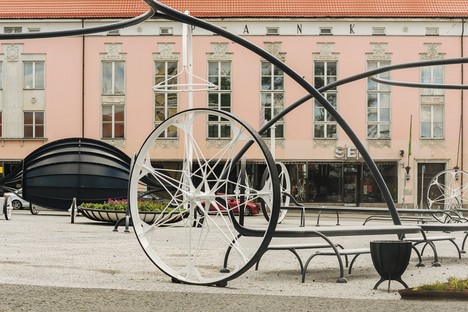 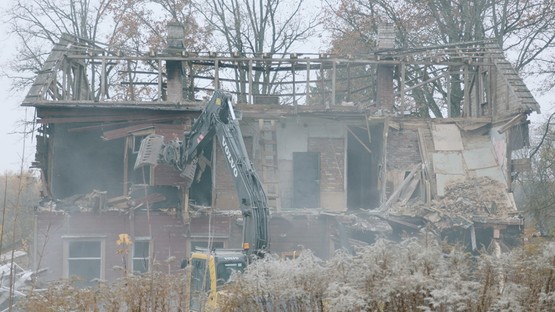 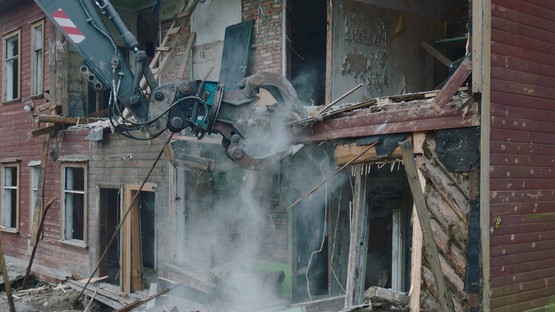 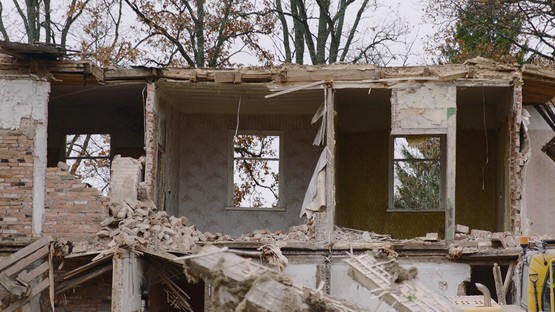 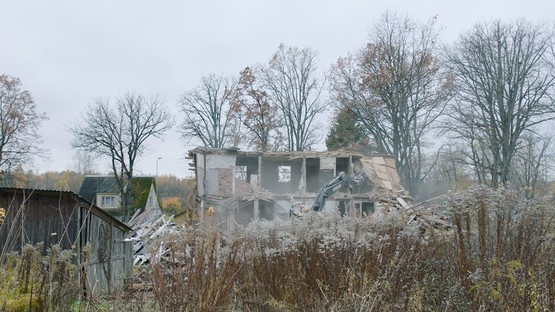