Manhattan West, a complex of six mixed-use buildings designed in large part by the Skidmore, Owings & Merrill (SOM) studio and developed by Brookfield Properties was officially inaugurated on September 28. An adventure that originally began thirty years ago, the first development programme to transform the unused space located above the active railway lines, an essential point in the pedestrian paths that connect New York’s West Side, in fact goes back to 1990. 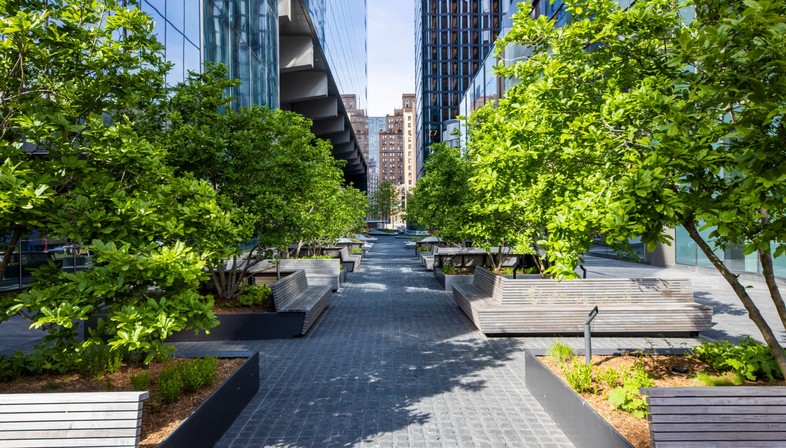 Dubbed as the central district of the Manhattan of the future, the Far West Side – namely New York’s extreme western side – is becoming a trendy, vibrant and dynamic neighbourhood, with the Hudson River as its scenic backdrop. The many transformations, still underway, have recently been enriched by the addition of a new and fundamental element: Manhattan West was officially inaugurated on September 28, a complex of six mixed-use buildings designed largely by the Skidmore, Owings & Merrill (SOM) firm and developed by Brookfield Properties. An adventure that originally began thirty years ago, the first development programme to transform the unused space located above the active railway lines, an essential point in the pedestrian paths that connect New York’s West Side, in fact goes back to 1990. The reuse of these unused or largely underutilised areas has, if fact, made it possible to create connections and paths between different districts of the sprawling metropolis, bringing new life and instilling vital energy into Manhattan’s Far West Side.
In this context, with its six buildings, Manhattan West offers over 650 thousand square metres of space for shops, offices, homes and accommodation facilities. A major development programme in which the SOM studio played a key role by designing three of the buildings: One and Two Manhattan Wes, plus the Pendry Hotel and the residences of The Eugene Tower developed in collaboration with SLCE Architects.

The development of the complex has been organised around a series of dynamic public spaces designed in collaboration with the James Corner Field Operations landscape architecture firm. A plan made possible by the transformation of the area above the active railroad tracks thanks to the creation of a large new central plaza, an urban gathering space for residents, employees and travellers heading to the busy Penn Station. A new pedestrian path has thus been created, designed to become the backbone of the neighbourhood, which begins in Penn Station and extends west to the Hudson River. The start of this urban corridor is marked by One and Two Manhattan West, two glazed office towers designed by SOM precisely to become the gateway to the neighbourhood. The two skyscrapers, whose silhouettes punctuate the skyline of this part of the city, aspire to obtain the LEED-Gold certification. The first transparent floors of the towers in fact perfectly integrate the lobbies into the context of the surrounding public spaces. Constructing these two buildings, however, represented a major structural challenge for the studio. The complexity was largely attributable to the need not to interrupt the railway traffic below during the works phase as the affected line is, in fact, one of the main and busiest in North America.

In addition to the two office skyscrapers, the project also includes the construction of a hotel characterised by a strong visual impact and a residential building. The first is the Pendry Hotel, a 23-storey building also designed by SOM and featuring an undulating glass and granite façade. For this project, the architects created a contemporary version of the traditional bow-window, providing the rooms with panoramic views of the city. The Eugene residential tower, on the other hand, consists of 844 residential units and was designed in collaboration with the SLCE Architects studio. Five Manhattan West, a set of renovated former industrial buildings for which SOM provided structural engineering services, as well as the 1913 Lofts office building are also part of the complex. 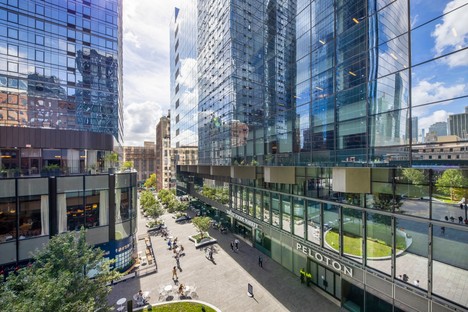 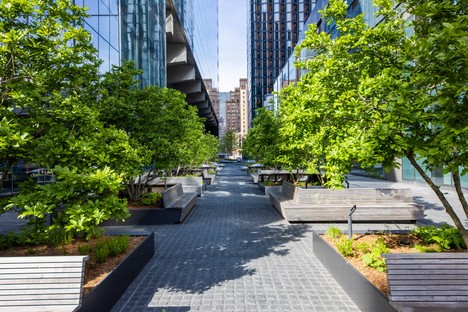 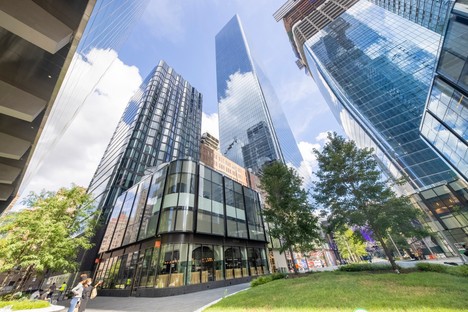 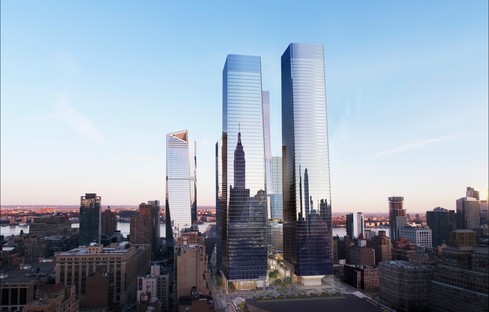 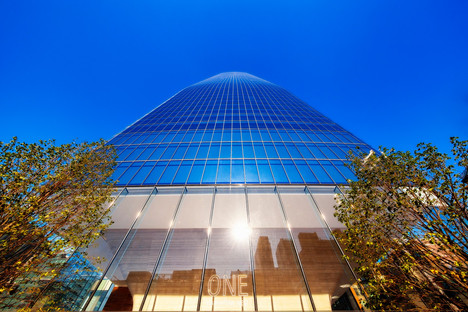 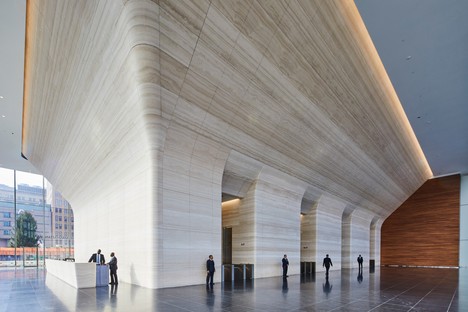 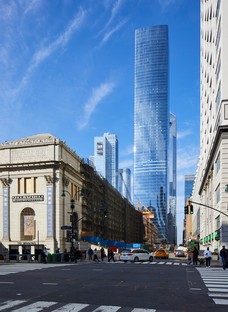 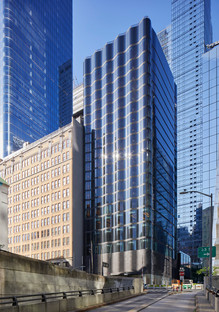 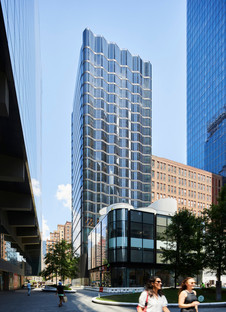