The Milano-Cortina 2026 Olympic Village for the 25th Winter Olympics will be designed by SOM Skidmore Owings & Merrill, as COIMA SGR and its partners Covivio and Prada Holding announced on 16 July 2021 at the end of the international design competition. Work on the new Olympic Village, due to become an important centre of interest and activity in the Porta Romana area, will be completed by July 2025. 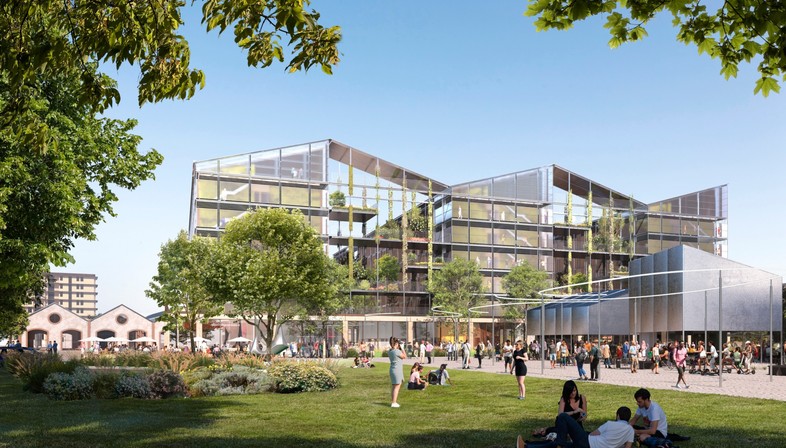 The 25th Winter Olympics will be held in Italy February 6 through 22, 2026 in Milano and Cortina d'Ampezzo, joint hosts of the events. The Olympic Village housing the participating athletes will be designed by Skidmore Owings & Merrill, winners of the international design competition held by COIMA SGR and its partners Covivio and Prada Holding in partnership with Fondazione Milano-Cortina, the City of Milan and the Region of Lombardy. 27 different groups comprising 71 architectural studios from nine countries all over the world took part in the competition. The plan for the new Olympic Village is part of the masterplan for urban development of the railway yard of Porta Romana in Milan, incorporating innovative features which will make the area a major centre of interest and activity for the entire city. The masterplan, result of a participatory public process, includes plenty of public green areas, conversion of two existing historic structures and construction of six new residential buildings to house the Olympic athletes.
The residences in the new Olympic Village will form a development with zero environmental impact, in accordance with the requirements of the NZEB (Nearly Zero Energy Building) protocol, and will become an integral part of the urban fabric of Milan, used to achieve important social purposes after the Olympics are over. The programme states that after the Winter Olympics the athletes’ homes will be reused as student housing, while the park and the railway-side buildings near the Olympic Square will become affordable housing. The Olympic Village Plaza will become a neighbourhood square with shops, bars and restaurants at street level as well as outdoor space for farmers’ markets and other community events. The work is due to be completed by the summer of 2025, and the built project will comply with sustainability criteria. The new complex, designed according to the principles of a smart and sustainable city, will be connected with the city yet self-sufficient at the same time. Connected as part of a network with the city’s mechanical systems, but self-sufficient in that it will adopt sustainable strategies and solutions on a number of levels: passive cooling of the buildings’ cladding with solar panels and roof gardens producing at least 30% of its energy requirements, systems for collecting and reusing rainwater, a 40% reduction of CO2 in heating and cooling systems, use of sustainable materials and particularly timber frames for the buildings significantly reducing the building’s ecological footprint. The architects have designed residences with forms inspired by the city’s historic buildings, but using contemporary materials and providing large shared outdoor areas with shade trees, offering new spaces for aggregation between the buildings, informal meeting-places and outdoor study halls for students. These green spaces also become little urban gardens for local, home-grown fruit and vegetables and playgrounds for children, and the eco-zones or green corridors in the area will also include fields for playing sports. In this way, by integrating greenery into the constructions, the architects not only improve comfort and psycho-physical well-being with the presence of natural elements but increase the climatic resilience and biodiversity of the neighbourhood as a whole. 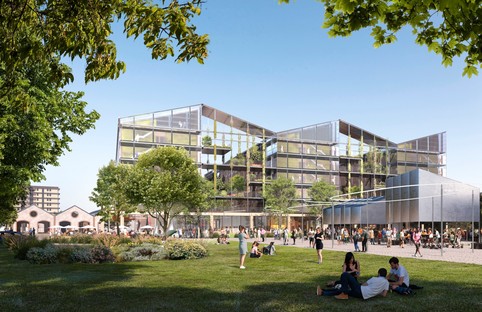 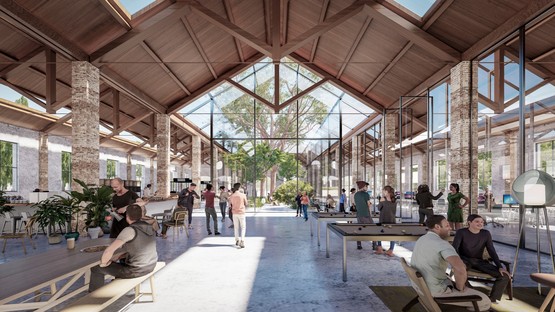 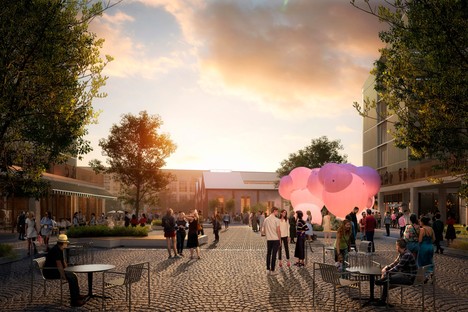 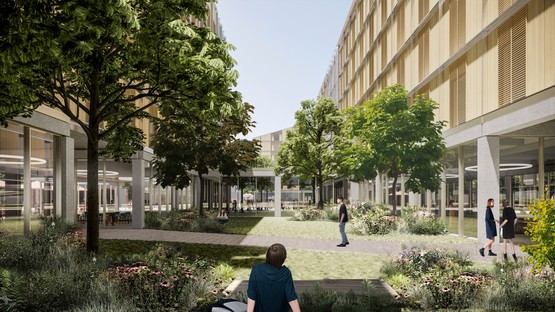 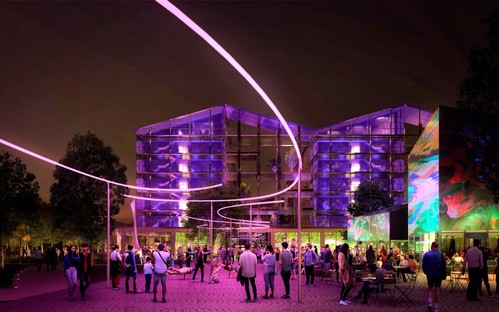 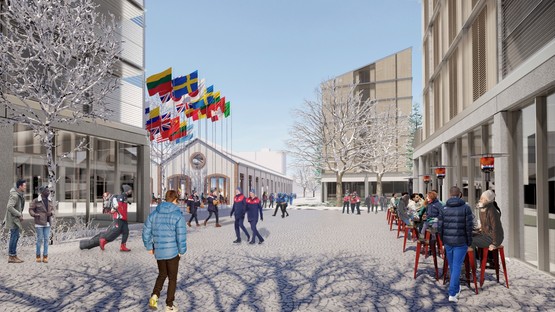 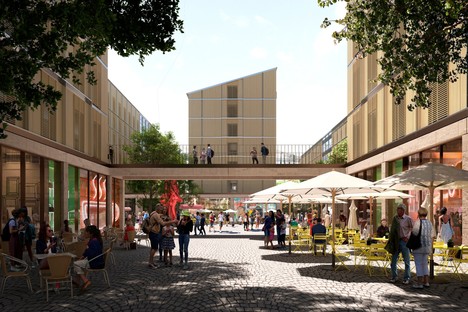 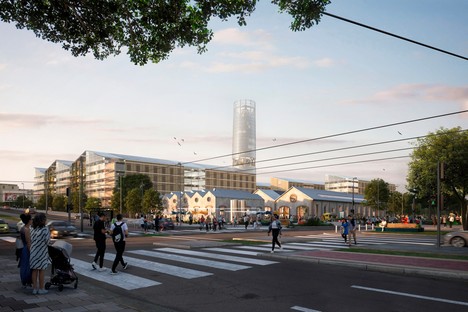 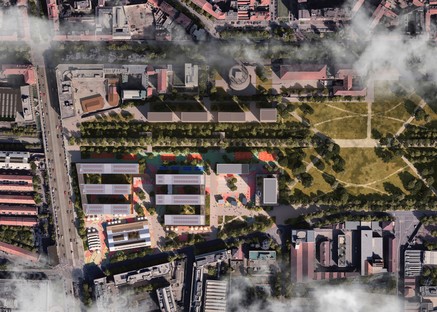