Snøhetta’s Svart, the first energy-positive hotel in the Arctic Circle

Snøhetta designs Svart, the first hotel that generates its own energy, in the Arctic Circle. 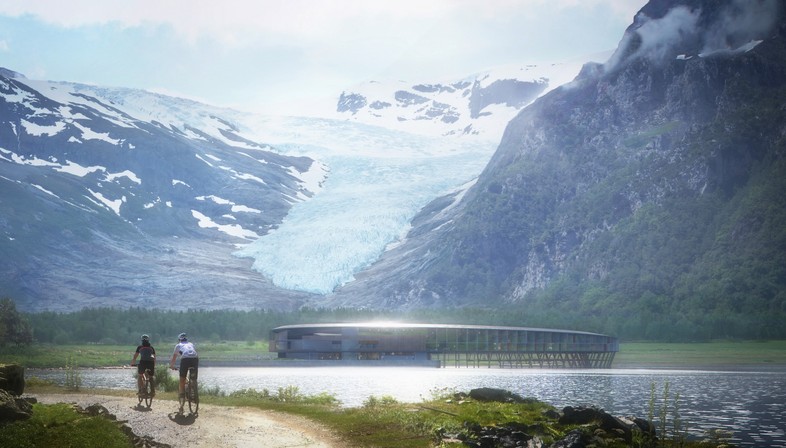 At the foot of Svartisen glacier in Meløy, in northern Norway, Snøhetta worked with Arctic Adventures of Norway, Asplan Viak and Skanska on a positive energy building. Svart Hotel, named after the nearby Svartisen glacier, not only consumes about 85% less energy than a conventional modern hotel, but ensures a positive energy balance, producing its own energy.
Building in an extremely delicate, fragile natural environment such as the Arctic Circle is a great responsibility, and the architects responded with a low-impact project respecting the site’s natural beauty and ensuring preservation of local flora and fauna.
Architect Kjetil Trædal Thorsen, founder of Snøhetta, emphasises that building an energy-positive and low-impact hotel is an essential factor to create a sustainable tourist destination. 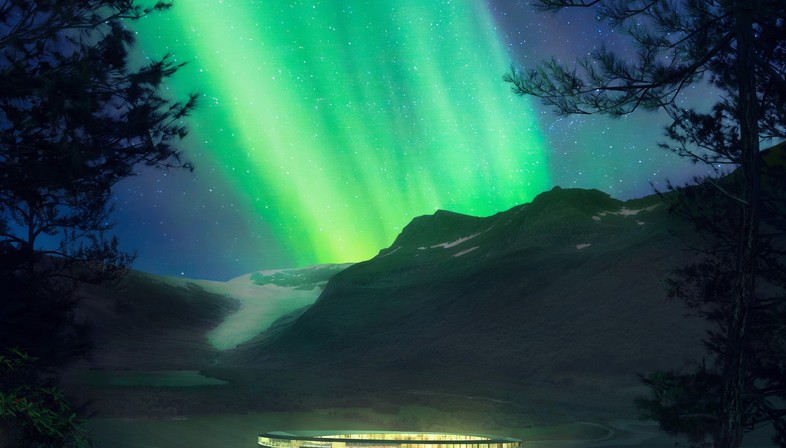 Svart is the world’s first hotel to meet the Powerhouse standard established by the partnership of Snøhetta, Entra, Skanska, the ZERO Emission Resource Organisation and Asplan Viak for buildings which provide the community with more renewable energy over a 60-year time period than the energy required to build, operate and demolish the buildings and the materials used in them. This ambitious programme has been applied to an office building in Bærum and other projects currently underway, including a Montessori school in Drøbak.
In the Svart Hotel, every design choice, starting with the building’s ring shape, is optimised to obtain the best possible performance in terms of low environmental impact and energy conservation. The starting point was the study and mapping of solar radiation over the course of the year, in relation to the specific mountain setting of the glacier, allowing the architects to optimise the energy production of the solar panels installed on the building’s roof and strategically position the rooms inside. The architects therefore worked on a number of levels. The building’s layout and façade favour use of natural sunlight in the hotel rooms and restaurants. The large windows collect sunlight when it is low in the sky in winter, while the patios on the upper levels provide shade from the strong sunlight in summer.
The choice of materials was a key factor in meeting the Powerhouse standard, because the architects had to take into account not only their performance once in place, but the energy needed to produce, transport and dispose of them. This is why the architects preferred to use wood for both the structural elements and the cladding of the building, avoiding use of concrete and steel wherever possible. 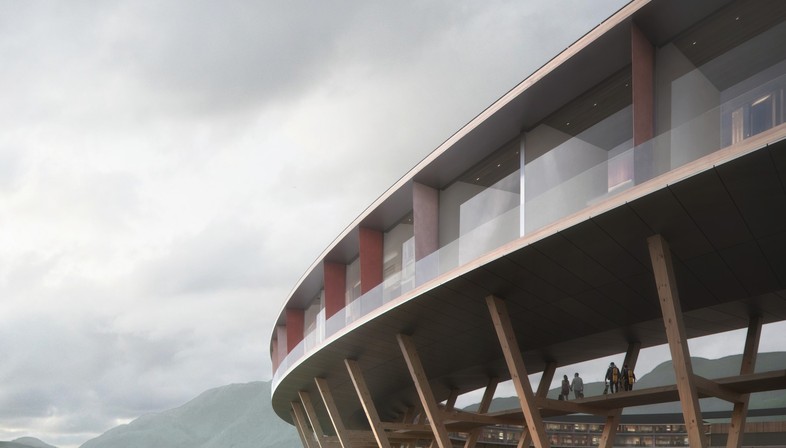 The hotel was named "Svart" after the location and its traditions: Svartisen is Norway’s second largest glacier and an important tourist attraction in the country.
"Svart" means "black", but in old Norse it also meant "blue", so that Svartisen meant “blue glacier”.
The Svart Hotel will be constructed on an A-shaped structure made of wooden poles inspired by the traditional structures on which Norwegian fishermen dry their fish, the "fiskehjell". The building’s weight-bearing structure also reflects another element of vernacular architecture: the "rorbue", a seasonal home used by fishermen which stood on a platform supported by poles over the water to provide easy access to boats. Building the hotel on a platform supported by poles will limit its physical bulk in the fjord; the wooden platform will provide a shelter for canoes and kayaks in winter, while in summer it will provide a pleasant place for guests to stroll, and the hotel’s round shape will provide panoramic views of the fjord. 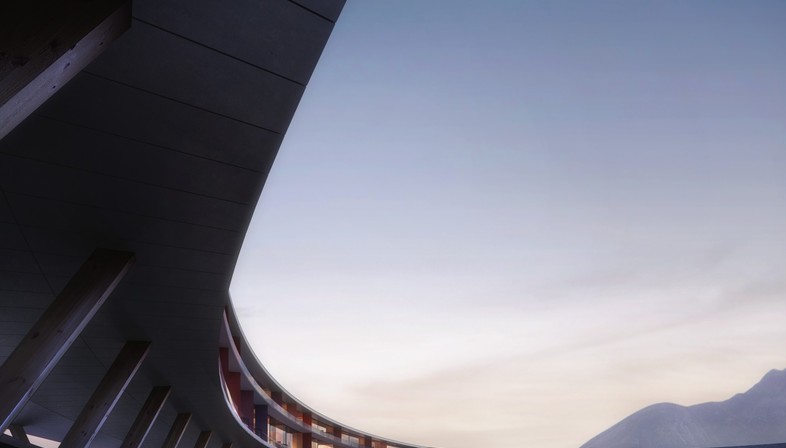 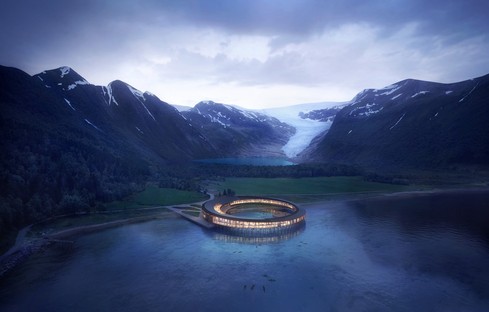 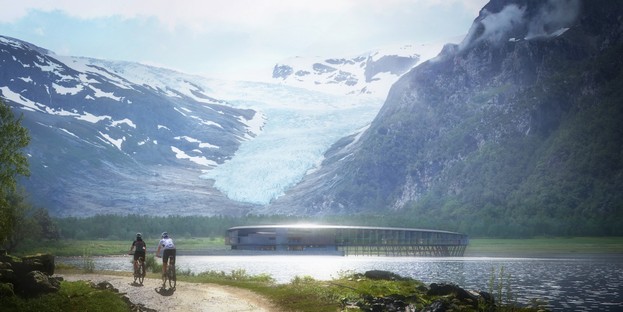 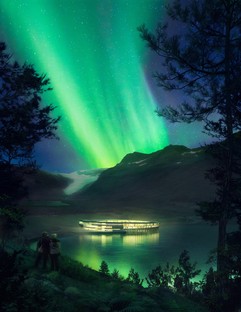 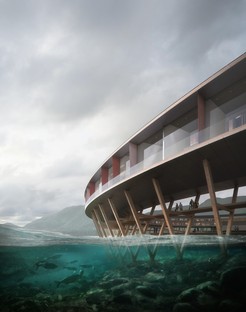 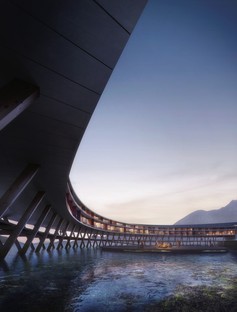