The Scarborough Life Saving Club has found a new home in the recently-redesigned waterfront of Scarborough Beach in Perth, Western Australia. The project was the work of architecture firm Hames Sharley. The design process was developed through a series of meetings with all the parties involved in the use of the area of coastline in question. The result is a complex architecture featuring organic shapes and low energy consumption, spread over two levels and stretching out - much like its users - towards the waves of the Indian Ocean. 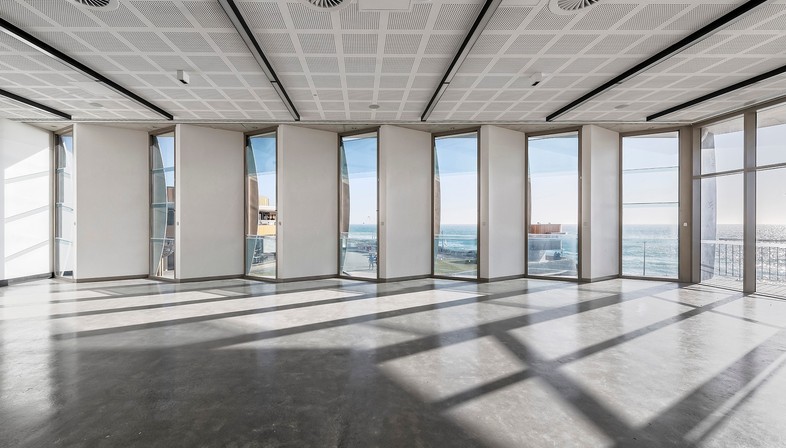 Hames Sharley is the Australian architecture firm behind the new home for the Scarborough Surf Life Saving Club, a historic institution based in the beach and surf resort of the same name in the city of Perth. The new clubhouse, built to a design by Hames Sharley, is part of a wider redevelopment plan involving the entire coastline, also providing a welcome boost and a great many benefits to the large surfing community that revolves around Scarborough Beach.

The key aims and principles for the design of the Surf Club were identified during the earliest stages of the firm’s research by way of a series of workshops involving all the stakeholders. What resulted was not just a series of design considerations - such as, for example, creating an active, attractive and inclusive place capable of integrating with the existing surroundings and with a particular focus on open spaces. As a first step, the seminars held involved an in-depth exploration of the identity of the Scarborough Surf Life Saving Club, asking for responses to the question: “what is the role of the Beach services and the SLSC?”

The design approach taken by Hames Sharley in light of these initial considerations was founded upon the diptych of “sand and sea”, which describes the coastline. This dual nature is reflected in the V-shaped design of the structure which rises up from the seafront level: one wing is made of concrete, symbolising the sand and housing all the essential functions and services, whilst the other is transparent like the sea, and home to a large multifunctional hall. Here, vast windows are interspersed with slim concrete fins, inspired by surfboards and angled in such a way as to provide a spectacular view of the Indian Ocean directly from the entrance. The concrete slabs not only serve a structural and aesthetic purpose, but also help the building to reach the necessary thermal mass for ESD compliance.

The lower floor is at beach level and is integrated into the waterfront walkway, which is populated by visitors enjoying the view of the waves as they stroll along. Here, the Scarborough Surf Life Saving Club offers a gym, a classroom for theoretical training, communal toilet facilities and plenty of storage space for equipment. A courtyard for outdoor activities has been carved out of the sea-facing perimeter of the structure. The section of this left in view is clad in wood to lend the space a more calm, natural and welcoming feel. The watchtower that already rose out of the embankment on the waterfront has been partly clad in limestone and partly clad in wood. This has allowed Hames Sharley to link it materially to both the new clubhouse and the reinforcement bastions which have long been a feature of the beach.

The architects themselves said of the project: “From the outset Hames Sharley approached the project as an exercise in urban design. Issues including activation, view corridors, integration and micro-climate were all analysed with stakeholders before the building forms were developed. Once these issues were understood the team considered the project as a series of spaces, positioned to enhance and celebrate the overall precinct. The external spaces created being as important as the internal spaces.”

One of the first choices made by Hames Sharley was to divide the overall project into operational areas - located on the lower level - and managerial and hospitality areas, placed on the upper floor at the level of the promenade. This promenade in particular, which passes through the Surf Club, creates a flight of steps providing public access to the lower courtyard and the beach itself.

Hames Sharley also drew upon a variety of resources for its sustainability measures, investigating the use of solar panels, reusing grey water, and monitoring energy meters. But that’s not all, as the architects themselves are keen to point out: “The most effective measures integrated were passive solutions to minimise energy usage, including fully opening windows and minimising direct sunlight”. 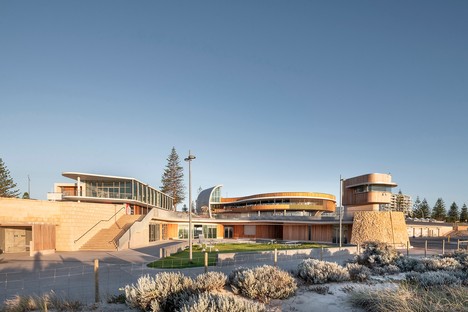 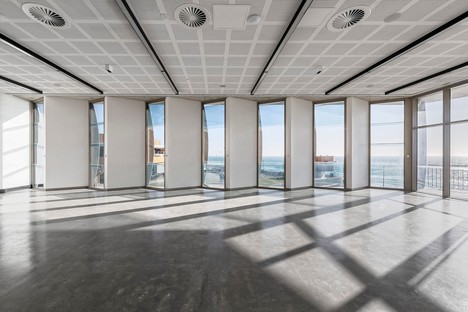 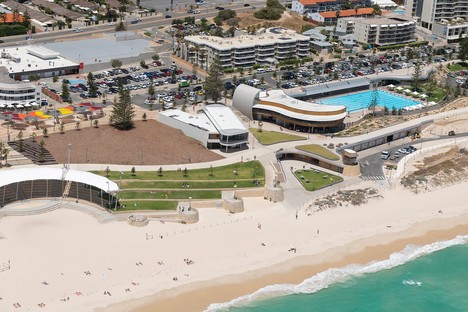 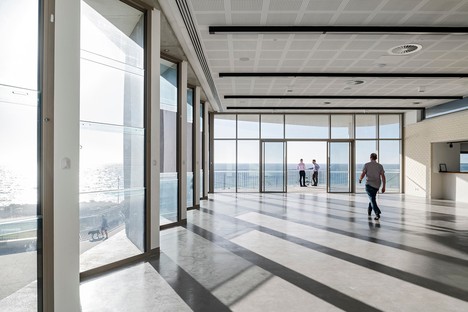 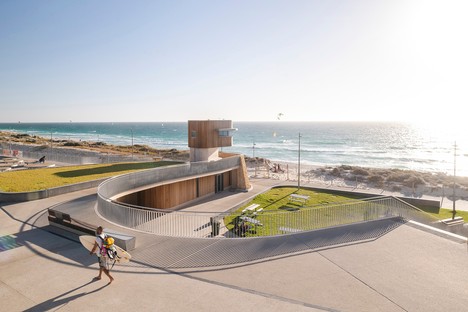 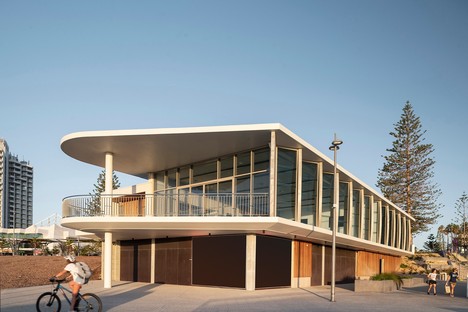 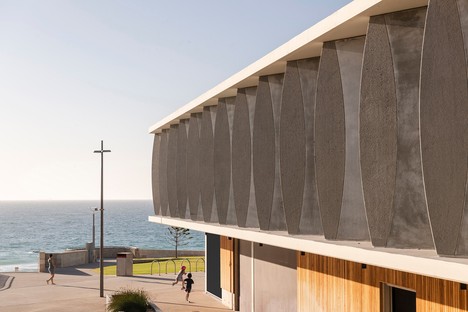 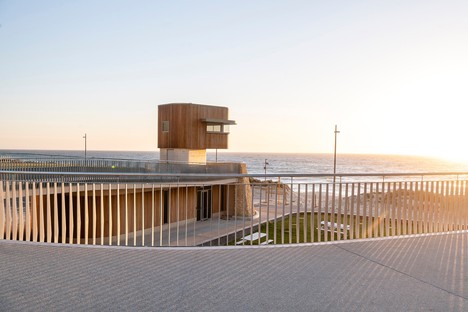 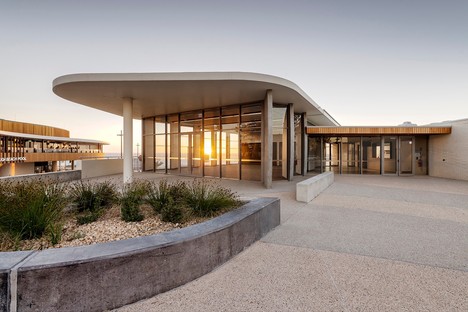 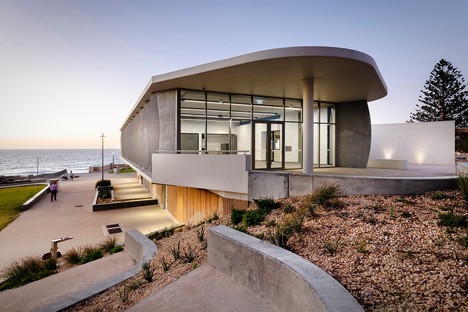 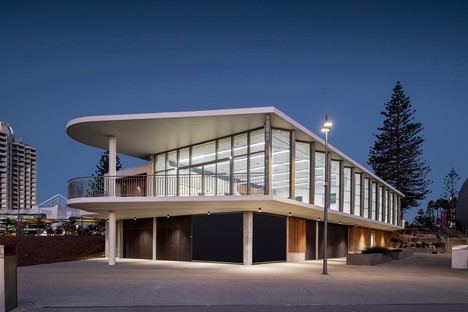 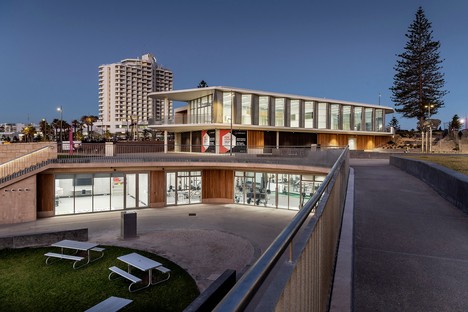 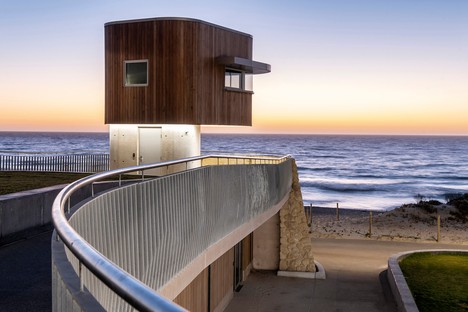 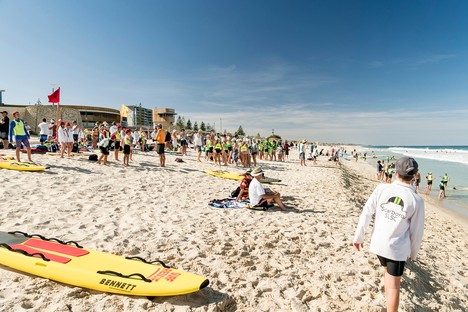 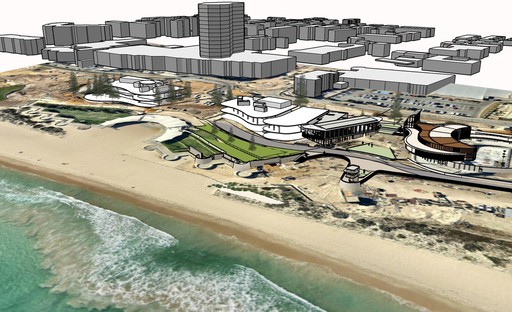 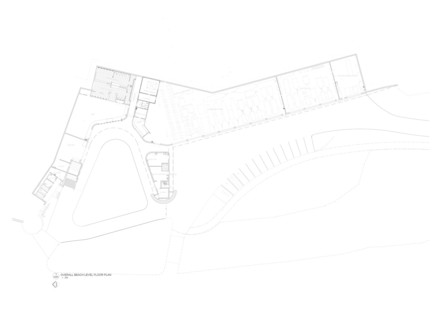 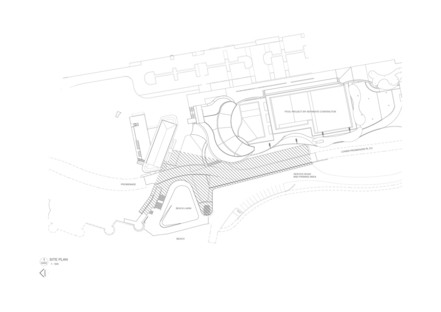 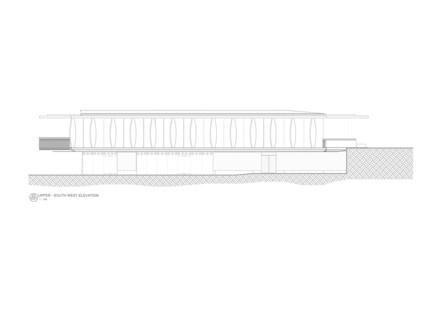 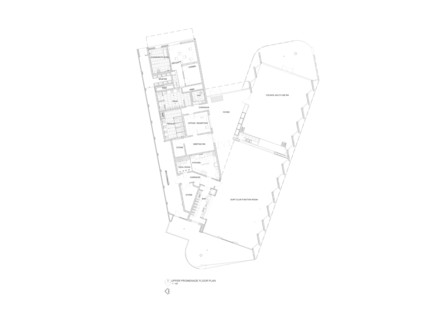