The young, South Tyrolean photographer, Samuel Holzner is on a mission to make architecture intelligible to the observer. 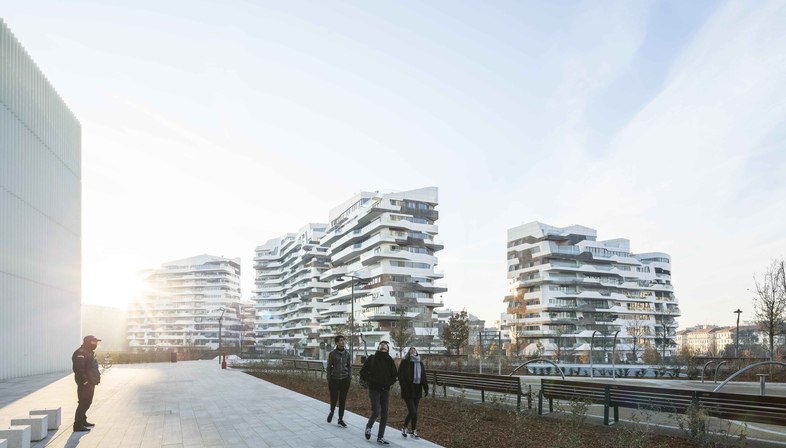 The young, South Tyrolean photographer, Samuel Holzner is on a mission to make architecture intelligible to the observer. This is his interesting visual representation of the City Life project in Milan, clearly showcasing its urbanistic and human dimension.


Samuel Holzner, South Tyrolean, born in 1989 has a great passion - architecture photography. A passion he has been cultivating enthusiastically and with dedication since he first attended photography school in Hall, Tyrol, completing his studies as an assistant photographer first to Oscar da Riz in Bolzano, then to Florian Holzherr in Munich.
Since he became a freelancer in 2013, his mission has been to visualise the character of buildings as effectively as possible, and his response to this challenge is elegant, regardless of the weather conditions because Samuel Holzner really isn't concerned about “bad weather”. Indeed, when you work in such an impressive natural context as South Tyrol, with its standout visual impact, the “bad weather” means he can focus more on the architecture itself, for example when clouds cover the Dolomites and the landscape is not reflected in the glazing.
However, it takes in-depth knowledge of the landscape - whether natural or manmade - to do this, because that is what forms the substrate of the visual narrative running through his work.
His sensitivity is particularly evident in one of his photographic projects, which took him from the rugged peaks of South Tyrol to Milan, more specifically to CityLife, the project for the redevelopment of the historical city hub of the Fiera di Milano exhibition centre. One of the largest urban redevelopments in Europe, with a total area of 366,000 square metres which includes works by Zaha Hadid, Arata Isozaki and Daniel Libeskind.
Although a number of images of this landmark project have been published in the different media, rarely do we get the feeling that the redevelopment area has actually been integrated into a real, lived-in urban context, or that it has a human dimension to it. So, Samuel Holzner set out to explore CityLife with some keywords in mind - sustainability, quality lifestyle and services. All to portray this project whose intention is to be a “green lung” in the city of Milan., thanks to its public park - the first new-build park in the city centre since the end of the 19th century - for now with 70,000+ square metres of the total 173,000 square-metre area completed and opened.
This is how the South Tyrolean photographer tells us all about this articulated, balanced mix of public and private functions, which includes residences, offices, shops and services, green areas, public and leisure spaces. And he does all of this with architecture photographs that do much more than just providing documentation, usually limited to shapes and materials. Holzner's photos really demonstrate the aesthetic and emotional thrust behind each building. Therefore, in Milan like in the Dolomites, Holzner uses contextualisation of the single buildings even when it's just a rough idea to bring out the character of each architectural element. Whether he photographs the  Allianz tower, designed by Arata Isozaki with Andrea Maffei, and currently Italy's tallest building (202 metres high with 50 storeys), or the  residential complex designed by Zaha Hadid or the CityLife Business & Shopping District, one of the largest urban shopping districts in Europe that opened on 30 November 2017, Holzner conveys sensations that spring from his skilful composition of the images.
In conclusion, like with the Dolomites, here Samuel Holzner doesn't stop at the beauty of nature, nor does he stop even before the visual impact of iconic architecture. Moreover, by including the human element both inside and outside the buildings, he emphasises their use and provides a narrative of the true essence of this new urban landscape in third-millennium Milan as a possible driver of social and cultural change based on architectural redevelopment. 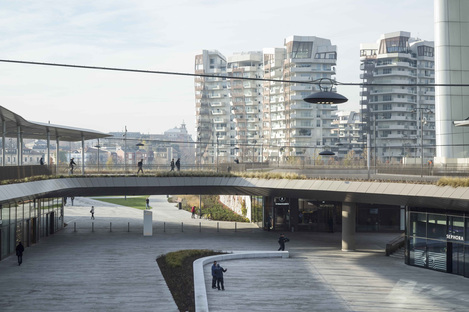 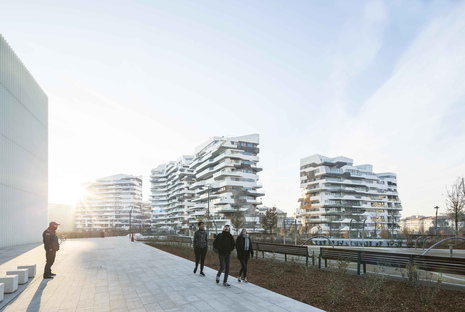 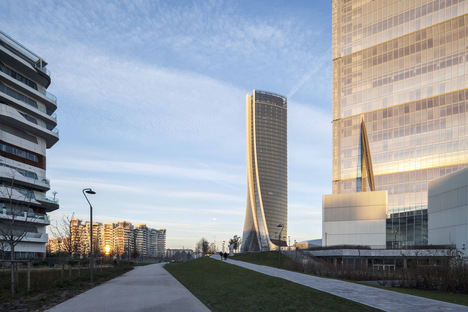 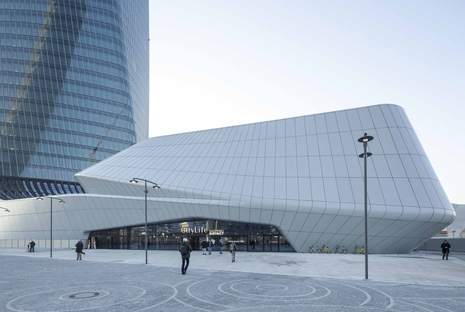 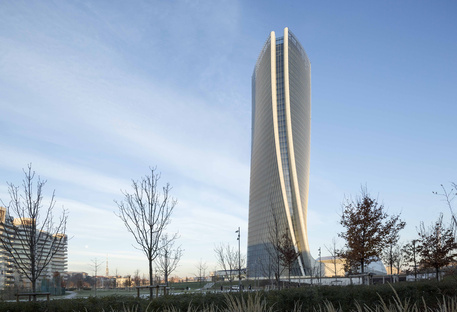 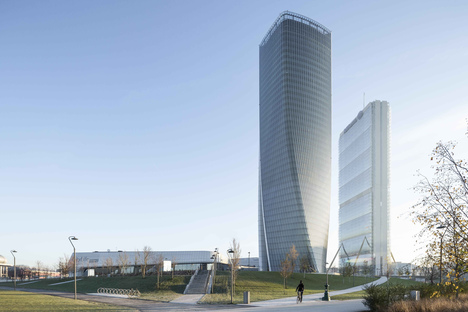 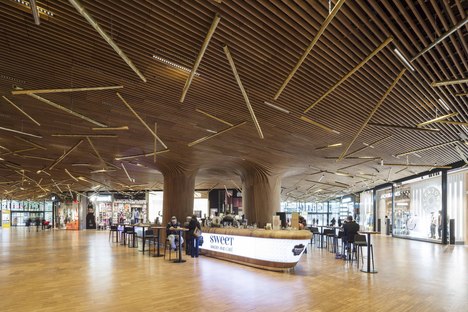 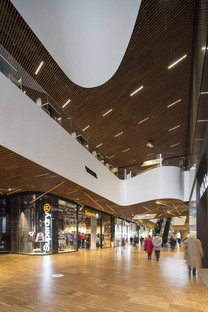 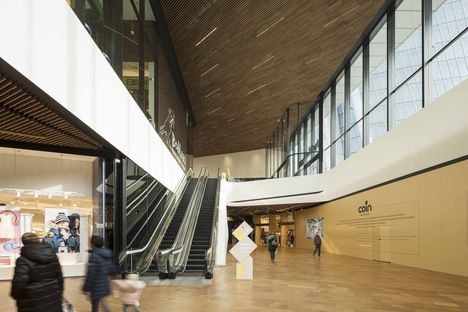 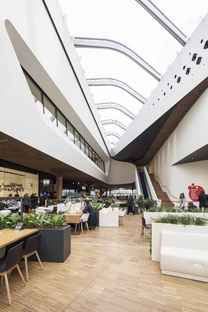 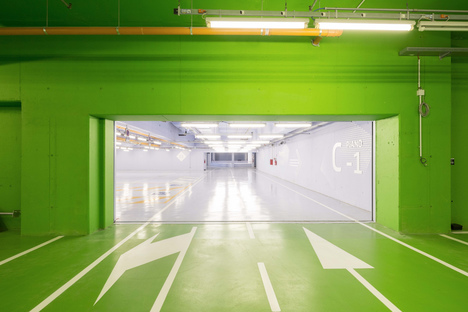 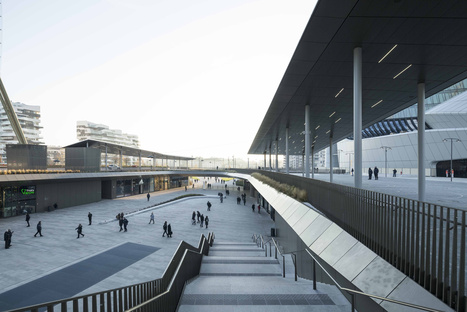 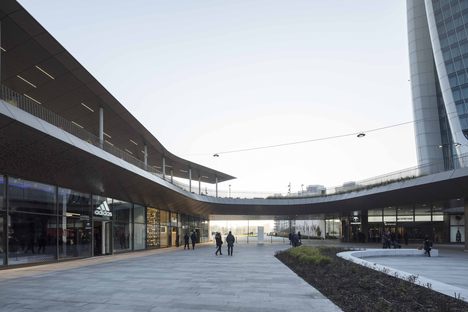 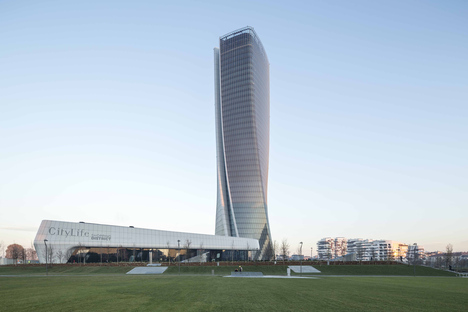 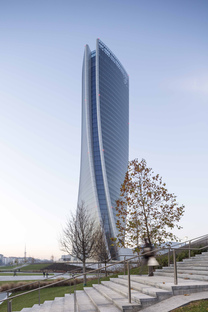 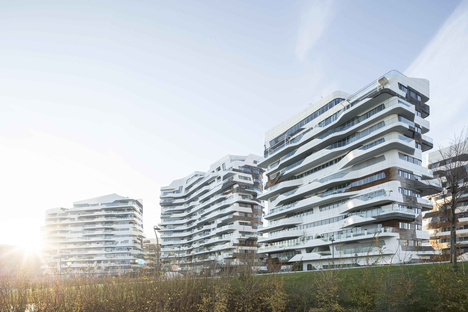 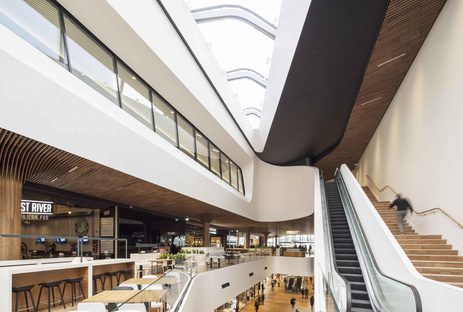