Luigi Rosselli Architects have always considered water very important in their residential projects, both to underline the walls of homes overlooking the water (the beachfront, lakeside, river bank, etc.) and as an element of residential architecture in its own right. 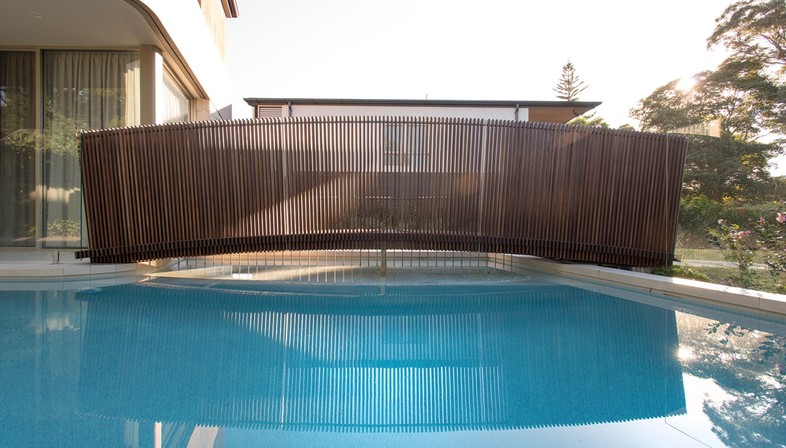 “Water is a valuable element in residential architecture, practically an essential element for happiness, ” says architect Luigi Rosselli of the studio that bears his name. Water and architecture are an important combination with a long tradition, present in many different forms in the history of architecture, as in Arabian fountains and gardens, Mediterranean aqueducts, spas, and the key role played by water in residential architecture of the impluvium in the Roman domus. There are numerous examples of projects incorporating this important element in modern and contemporary architecture, too: from Wright’s Fallingwater, one of the best-known residential projects built around water, to many more recent projects and experiments such as Rafiq Azam’s house with pool of water in Dhaka or the research conducted in this area by the Australian studio Luigi Rosselli Architects. 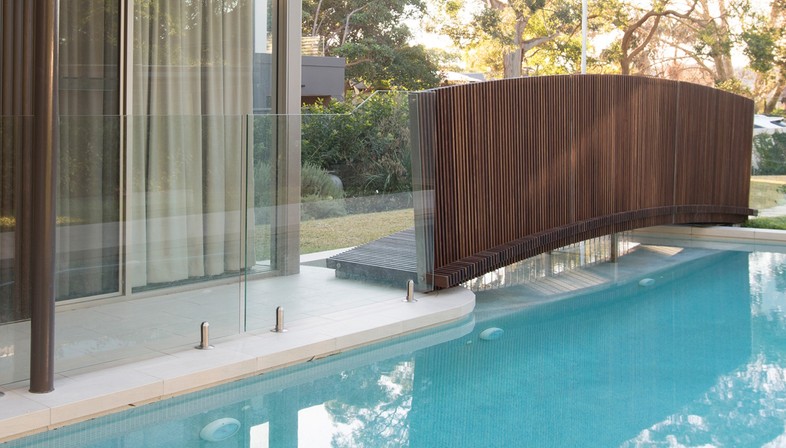 Luigi Rosselli also notes the curative powers of water, “used as a balm to restless minds and often found in psychiatric hospitals”. The architect considers these the “reasons” for clients’ constant requests for houses “over the water”. Considerations which have inevitably led to increased study and research in residential projects underlining the importance of water as an element of residential architecture in its own right and used to underline the walls of houses built “over water” in various forms: beachfront, lakeside, river bank, etc.
In Australian residential architecture, water appears as an architectural element in the form of a “swimming pool”. Big pools of water provide a place for people to meet and have fun together, but they can also be an element of division: pools create a barrier in the home, not as impenetrable as the moat around a medieval castle, but in any case a limit to be overcome, especially if the pool is located near the border of the property, in which case it must be fenced in under the country’s strict building code. 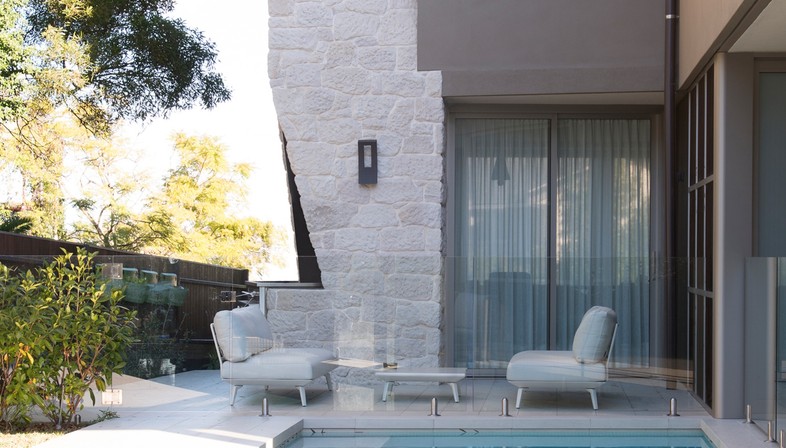 The unusual feature of the Bridge Building, the home designed by Luigi Rosselli and Edward Birch in Hunters Hill, is instantly clear: the house is surrounded by a swimming pool on two sides and can be accessed only by walking across it on a bridge. The bridge has a lightweight structure made of a pair of slender steel beams covered with a walkway of wooden boards. The same boards are used elsewhere in the design of the home, giving form to the fence along the side of the pool, 1.20 m high in accordance with local regulations.
The two-storey home has an L-shaped layout with a big sandstone corner element containing the barbecue on the outside and the fireplace on the inside. On the northern side, the building overlooks the pool, while on the opposite side it has a view of the garden. The home’s overall proportions, the choice of colours and use of water all convey a sense of tranquillity and perfect balance. 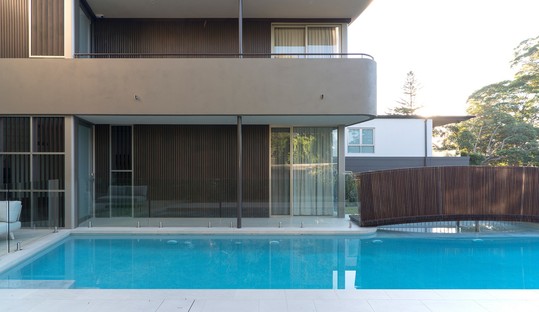 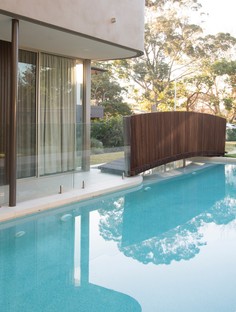 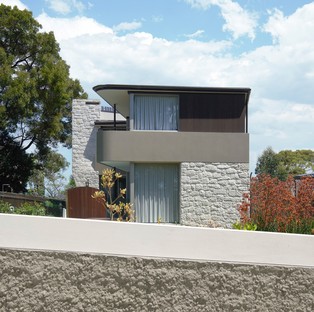 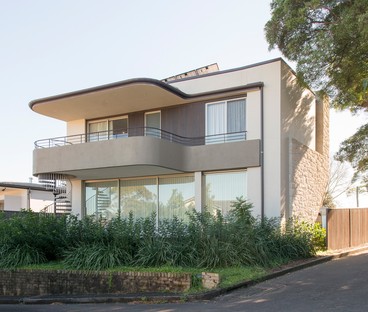 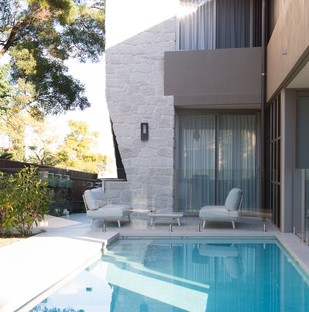 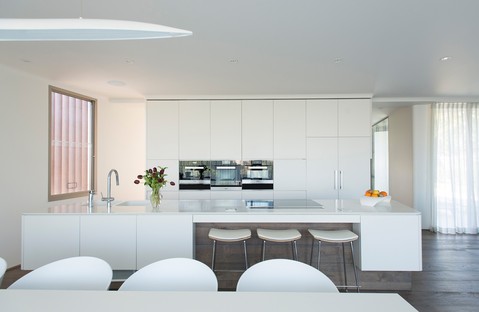 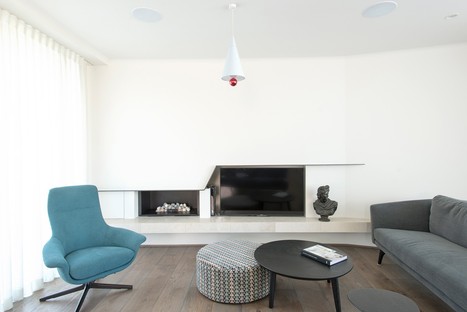 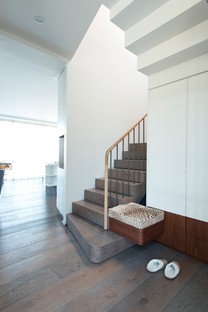 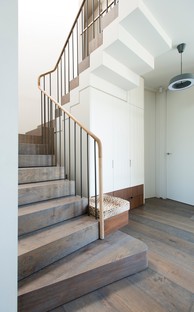