On 30 August 2021 the international jury of the 17th International Architecture Exhibition at the Biennale di Venezia, chaired by Japanese architect Kazuyo Sejima, awarded Golden Lions and special mentions to the best participations in the Biennale and the exhibition “How will we live together?” curated by architect Hashim Sarkis. 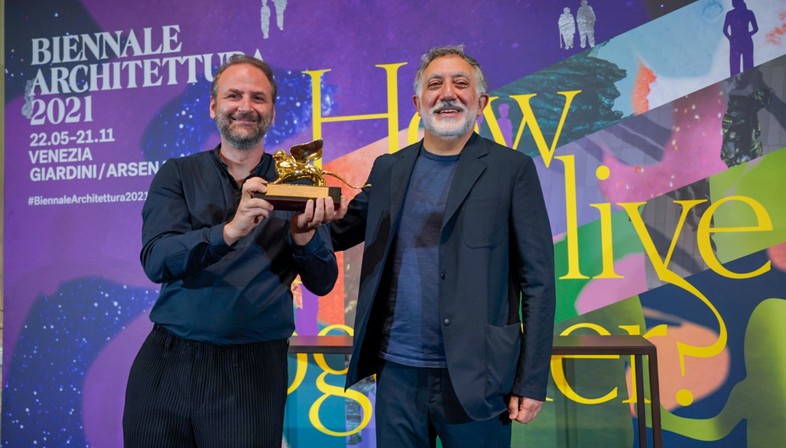 The exceptional circumstances of the past few months, in which the pandemic has led us to break with established traditions and find a new balance, have affected the Biennale di Venezia again this year. In past editions the winners of the International Architecture Exhibition, including both national entries and professionals, and the awarding of the Golden Lion for Lifetime Achievement were announced in the ceremony marking the opening to the public of the exhibition in Venice. But at the 17th International Architecture Exhibition “How will we live together?” curated by architect Hashim Sarkis, only the Golden Lion for Lifetime Achievement was announced during the opening ceremony, awarded to architect Rafael Moneo. The announcement of the official prizes was postponed until August 30, when the international jury chaired by architect Kazuyo Sejima (Japan) and including architects Sandra Barclay (Peru), Lamia Joreige (Lebanon), Lesley Lokko (Ghana-Scotland) and Luca Molinari (Italy) was able to meet.

The Golden Lion for the best National Participation, a prize presented to one of the national pavilions, was awarded to the United Arab Emirates for Wetland, curated by Wael Al Awar and Kenichi Teramoto and commissioned by the Salama Bint Hamdan Al Nahyan Foundation. On the basis of a study of the ecosystem of the sabkhah, the natural salt flats of the United Arab Emirates, the curators presented the results of experiments conducted with a team of scientists from Abu Dhabi, Tokyo and Sharjah to create a renewable, sustainable resource capable of replacing Portland cement in constructions. In their motivation, the international jury praised the proposed model of construction for its ability to combine traditional craftsmanship with advanced technologies.
The jury also awarded two special mentions to the national pavilions of Russia, for "Open!", an installation curated by Ippolito Pestellini Laparelli and commissioned by Teresa Iarocci Mavica, and the Philippines, for "Structures of Mutual Support", curated by the Framework Collaborative (GK Enchanted Farm Community, Architects Sudarshan Varsovia Khadka Jr. and Alexander Eriksson Furunes) and commissioned by Arsenio “Nick” Lizaso, chairman of the country’s National Commission for Culture and the Arts (NCCA).

The Golden Lion for best participant in the 17th International Architecture Exhibition “How will we live together?” curated by architect Hashim Sarkis went to "Instances of Urban Practice" by the Berlin collective raumlaborberlin, composed of Andrea Hofmann, Axel Timm, Benjamin Foerster-Baldenius, Christof Mayer, Florian Stirnemann, Francesco Apuzzo, Frauke Gerstenberg, Jan Liesegang and Markus Bader.
In the installation set up at the Corderie dell’Arsenale in partnership with the Kulturprojekte Berlin Institut für Auslandsbeziehungen – ifa, the architects presented two important projects: the Floating University, consisting of university spaces built in a reservoir for collecting rainwater, and the Haus der Statistik, an office complex built in the 1960s in the German Democratic Republic which has been transformed into a space for art, culture and social and educational programming. The international jury considered the two projects "models for a visionary civic regeneration".

The Silver Lion for a promising young participant in the International Architecture Exhibition was awarded to the Foundation for Achieving Seamless Territory (FAST) of Amsterdam and New York for the installation: "Watermelons, Sardines, Crabs, Sands, and Sediments: Border Ecologies and the Gaza Strip". Lastly, Cave_bureau in Nairobi, Kenya was awarded a special mention for the installation "The Anthropocene Museum: Exhibit 3.0 Obsidian Rain", which the jury described as an "imaginative and creative exploration of one of man’s oldest living environments". 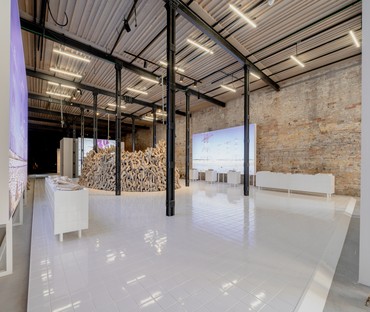 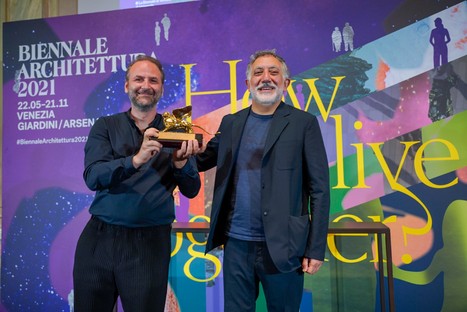 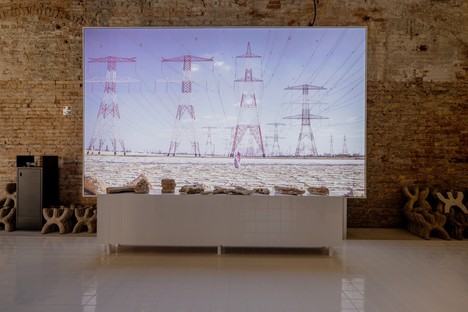 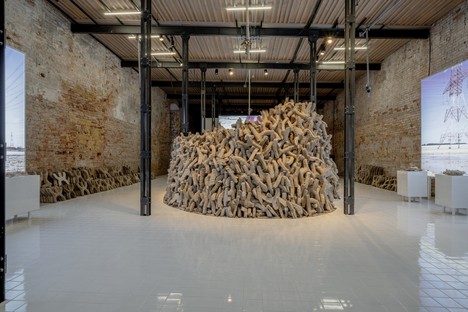 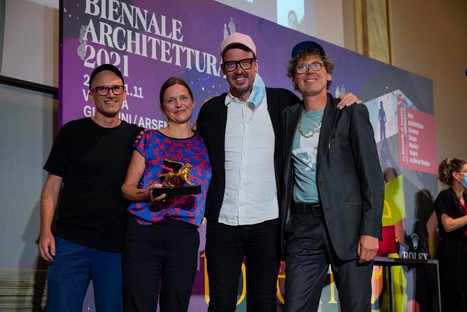 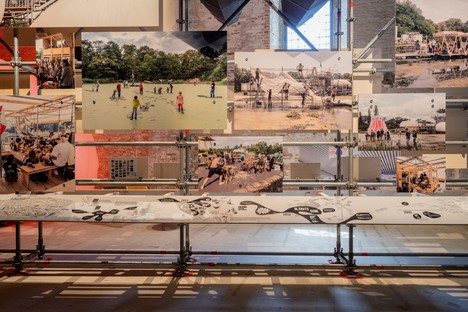 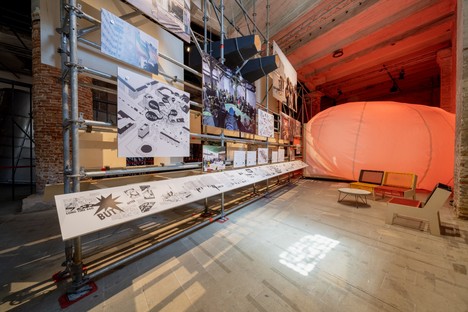 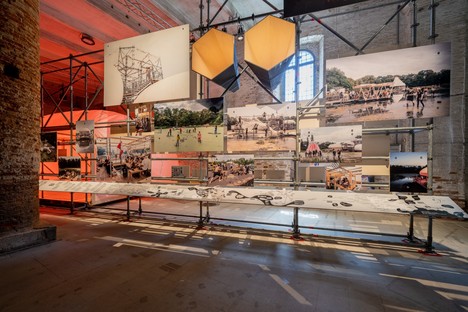 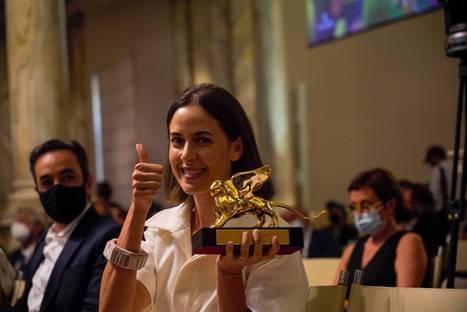 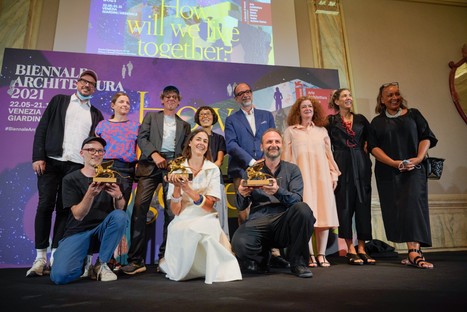