In Montreal, Canada, architect Maxime Moreau and his MXMA Architecture & Design firm designed a new home for a couple with two small children. The project starting point was a building inspired by the modern movement of the 1960s, characterised by clean lines and a regular geometry, which the architect has skilfully transformed into a precious “work of art”, an innovative and protective shell containing a treasure: a family. 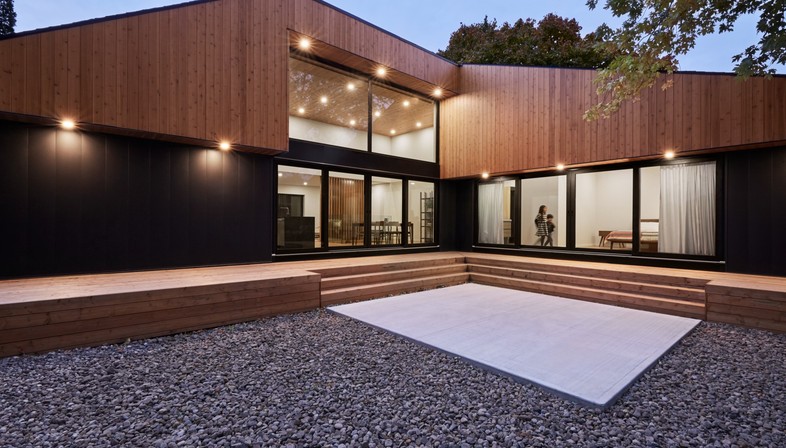 For a young family with two small children, architect Maxime Moreau and his MXMA Architecture & Design studio have designed a new home, starting from a pre-existing building characterised by clean lines and a regular geometry, inspired by the modern movement of the 1960s. The building chosen by the clients was a bungalow built in a large green area with mature trees, in the Saint Laurent district, north of Montreal.
As architect Maxime Moreau explained, there was strong chemistry with the client right from the start, of South Korean origin and a big design enthusiast. After meeting with the client, the needs of the family were clearly defined and the characteristics of the future home were outlined. For example, it was decided that the residence, once completed, would return the image of a single building and not of a series of assembled volumes, even if it was clear from the beginning that there was a need to expand the existing building. Moreover, a spacious environment was created where the whole family could come together and live in close contact with nature, even if the relationship with the outside is mediated by the courtyard, which becomes the ideal extension of the spaces of the house towards the garden.
To fulfil the client’s wishes, the architect initially conceived the house as a single large box that contained both the volume of the pre-existing bungalow, as well as the new extension, consisting of the master bedroom. Working to successively subtract different elements, in particular by eliminating the entire portion of the volume corresponding to the courtyard opening onto the garden, the final L shape plan was outlined. A choice that allowed natural light to reach all the various rooms of the house, while defining four main areas and protecting the large maple tree standing in the middle of the garden. The children’s bedrooms, with a shared bathroom, were built north of the entrance, in the volume of the original building. Continuing along the same axis, we make our way into the extension of the house, where the master bedroom is located, which includes a bathroom and a dressing room. The large sliding glass door in the bedroom provides direct access to the courtyard and subsequently to the garden located on the south side of the house. The terrace that surrounds the two sides of the courtyard is yet another element that mediates the path from the inside to the outside of the house. The other side of the courtyard corresponds to the large living area of the house, where we find the living room, the kitchen and the dining room. Finally, on the west side we find the garage, together with other functional spaces. In defining the colours and materials used in the interior, as well as in the exterior of the house, the architect chose black for the metal parts and the wood. The colour black, in fact, has an important meaning in Korean culture, a choice that became an expression of cultural identity very dear to the clients. In addition, the contrast between the black of the metal and the warmth of the wood, emphasised by natural light, contributes to that image of a protective, warm shell containing a treasure, a clear reference to the name chosen for the house. 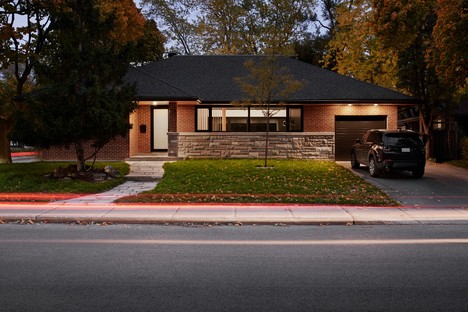 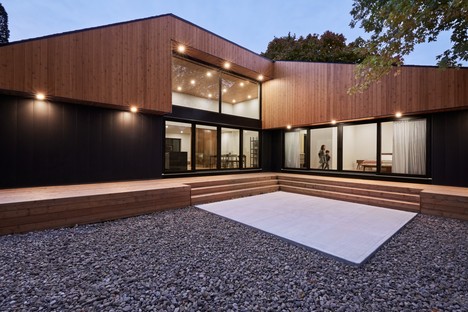 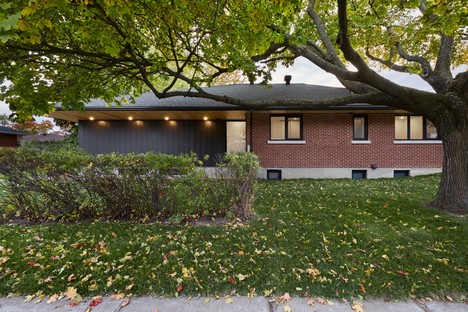 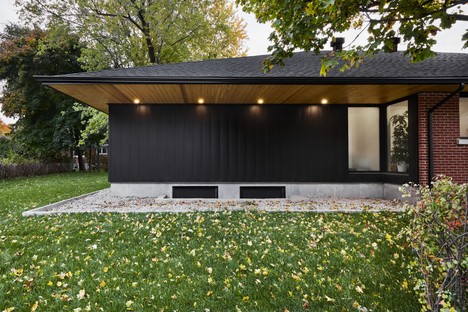 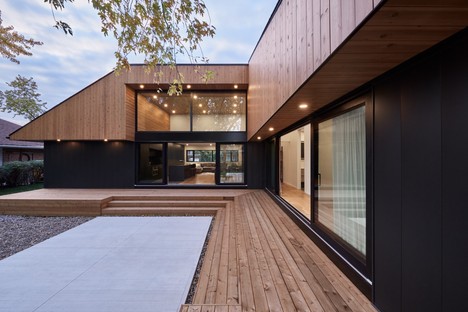 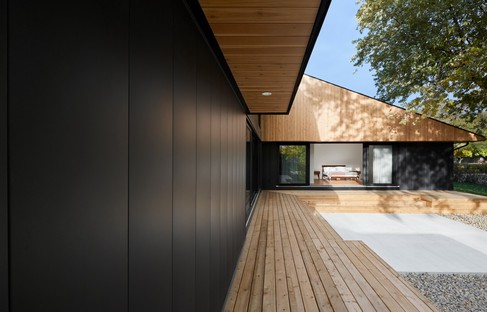 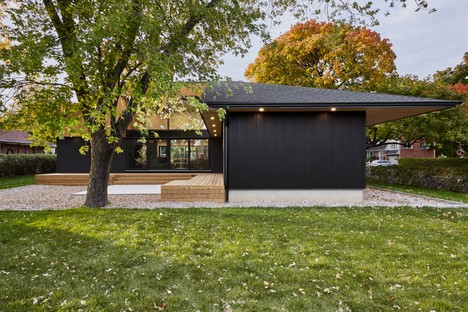 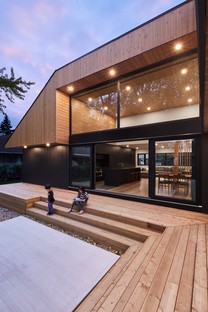 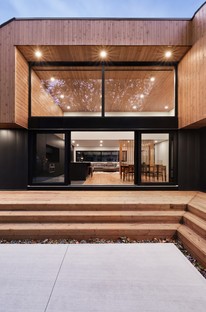 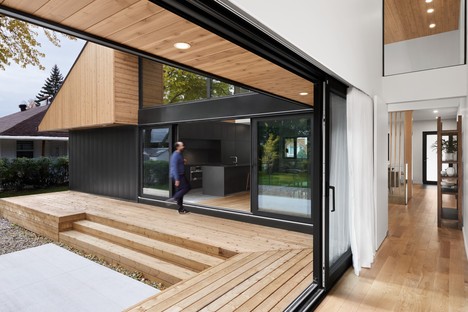 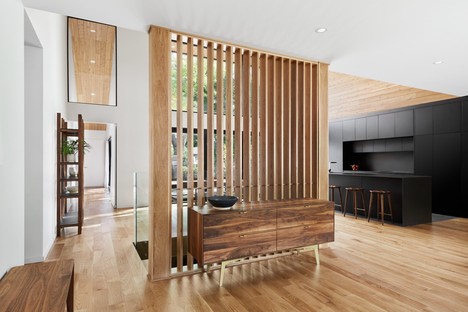 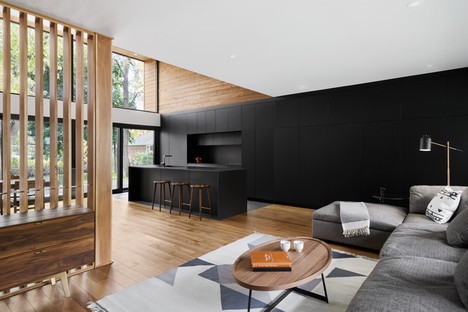 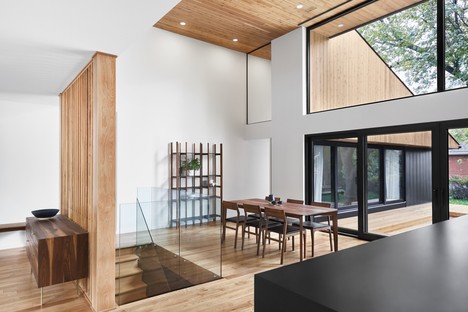 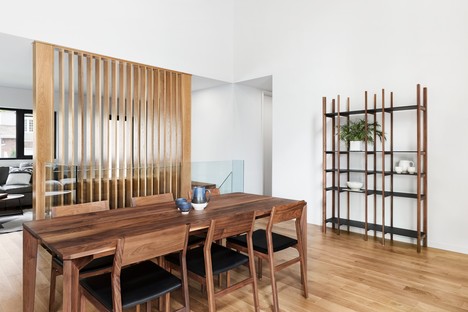 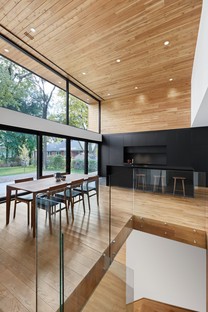 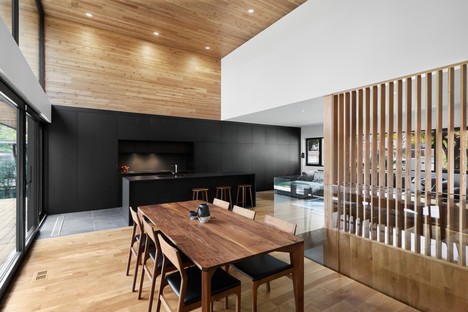 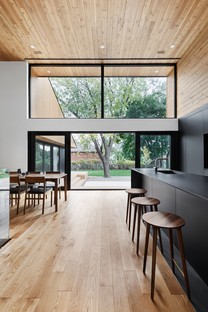 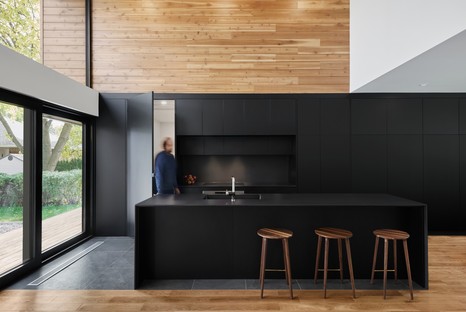 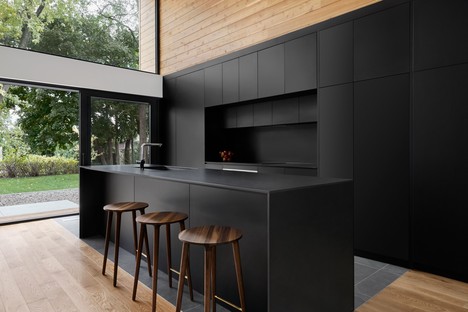 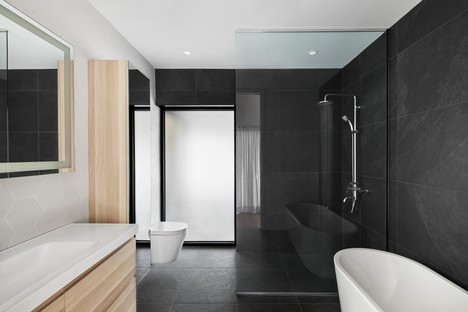