On October 22, 2021 the largest collection in the world of works by the iconic Norwegian artist Edvard Munch will be open to visitors in the new Munch Museum in Oslo. Work on the new structure designed by the estudio Herreros firm has been completed and during a live-streamed event director Stein Olav Henrichsen presented the museum to the press and announced the opening date. The new Munch Museum will house more than 26,000 works that the famous Norwegian artist bequeathed to the city of Oslo, with a strong commitment to demonstrate just how important and lasting Edvard Munch’s influence has been on society, as well as on young contemporary artists. 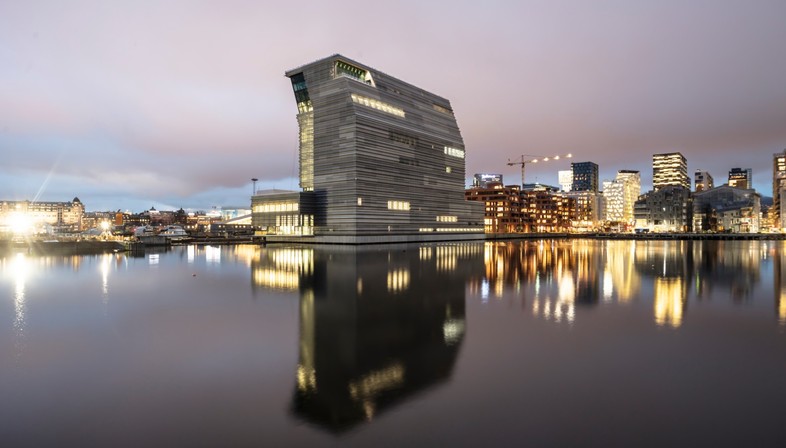 The Munch Museum in Oslo, designed by the estudio Herreros firm is ready to open its doors to the public and become an important destination in the international panorama of spaces dedicated to art and architecture. Stein Olav Henrichsen, director of the museum, presented the new building to the press during a live-streamed event held on May 27 and announced that the official opening date of the new museum will be October 22, 2021. The museum will house the largest collection of Edvard Munch paintings in the world, more than 26,000 works that the celebrated Norwegian artist bequeathed to the city of Oslo. Together with Munch's legacy, the museum will also house the collections donated by Rolf Stenersen, Amaldus Nielsen and Ludvig Ravensberg. Moreover, it will be the world’s largest museum dedicated to a single artist, as well as the number one destination for experiencing Edvard Munch’s life and art.

The Scream (1893), Self Portrait (1895), Vampire (1895), Munch’s large iconic mural The Sun (1911) are just some of the famous works that the new museum will house across its thirteen floors, behind the glittering façade that enjoys privileged views on the Oslo fjord. Alongside Edvard Munch’s iconic masterpieces, visitors will also find an extensive programme of temporary exhibitions and cultural events, to be announced later in the year, guiding them to discover and reflect on the highlights of the Norwegian artist's immense body of work, to understand just how important and lasting Edvard Munch’s influence has been on society, as well as on subsequent generations of contemporary artists.
The museum was built in the Bjørvika district, in east Oslo, an area that has undergone an extensive urban redevelopment, which since 2000 has progressively transformed it into a new cultural centre for the city. The waterfront development project, Bjørvika Barcode, was completed in 2003 by MVRDV and, in the vicinity of the museum other architectures can be found that have significantly altered the city’s skyline, such as the Oslo Opera House designed by Snøhetta and the Deichmanske bibliotek, the public library designed by the Lund Hagem Architect and Atelier Oslo studios.
The volume of the Munch Museum designed by the estudio Herreros firm is characterised by an elegant and regular geometry, a tower that stands sixty meters tall and tilts slightly at the top, thus becoming a landmark visible from all sides. The building’s façades are entirely clad in perforated and translucent aluminium, creating an intricate interplay of reflections with the water and the sky. A dynamic museum with an impactful presence in the Bjørvika bay, which continues to change its appearance over the course of the day and in the different seasons, reflecting the city’s changes in light. The 11 exhibition galleries extend over the 13 floors of the new museum, with spaces that vary in size so they can optimally accommodate both permanent and temporary exhibitions. The architects designed spaces able to house the different works of the museum, including a double-height gallery to accommodate the iconic monumental murals created by the Norwegian artist. Finally, on the top floor of the building, a restaurant and an outdoor terrace will offer visitors panoramic views over the surrounding landscape and the city of Oslo. 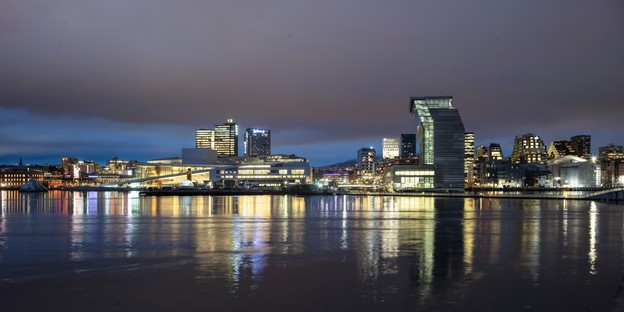 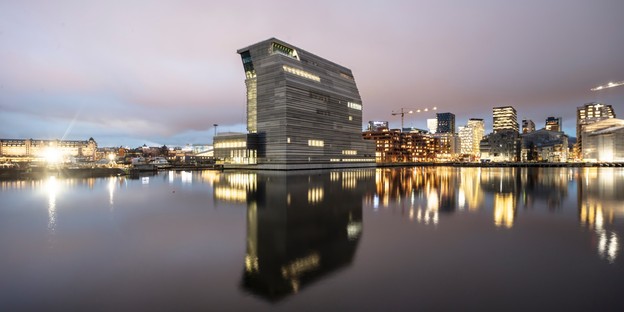 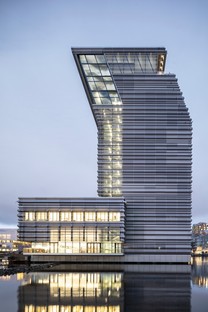 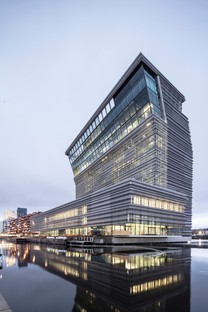 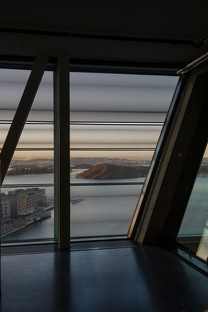 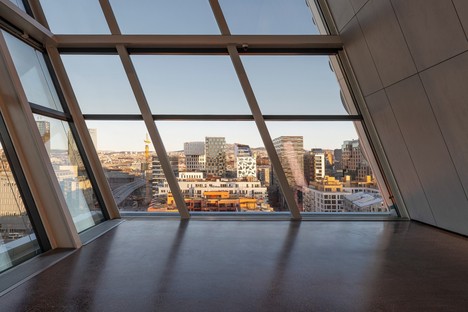 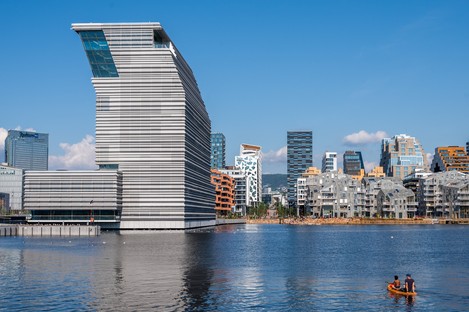 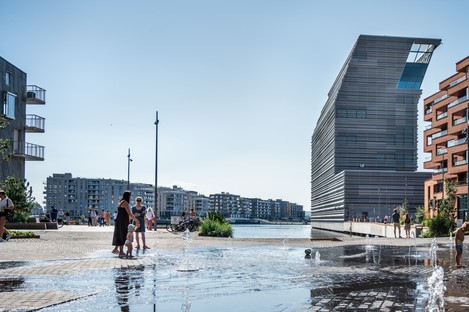 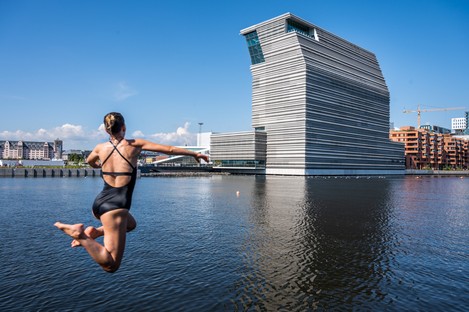 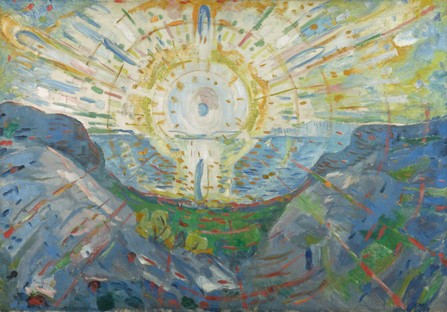 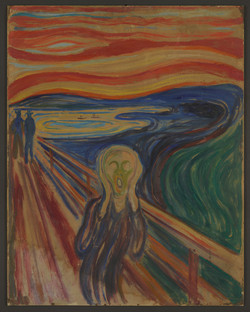