The University of Silesia, Faculty of Radio and Television designed by BAAS Arquitectura, Grupa 5 architekci and Maleccy biuro projektowe has won the Grand Prize in the Brick Award 20 competition. The prize for innovative brick architecture was awarded for the 9th time this year, in the first online awards ceremony in the history of the competition. 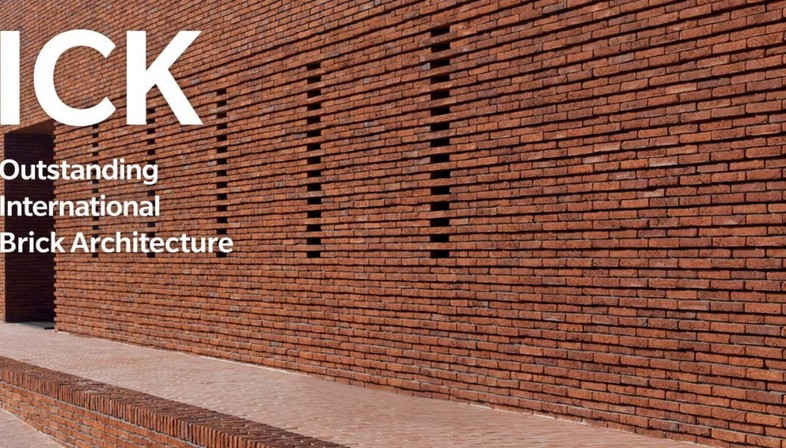 The ninth edition of the Brick Awards has concluded. Presented every two years to innovative brick architecture, the prize registered the highest ever number of submissions in 2020: 644 projects by 520 architects in 55 different countries were nominated for awards. Following the initial selection of 50 finalists, the successful candidates were submitted to a jury of five world-renowned architects: Helena Glantz of Urban Design (Sweden), Toni Gironès Saderra of Estudi d’Arquitectura Toni Gironès (Spain), Tina Gregoric of Dekleva Gregoric Architects (Slovenia), Mette Kynne Frandsen of Henning Larsen Architects A/S (Denmark) and Jonathan Sergison of Sergison Bates Architects (UK).
During the awards ceremony, held online for the first time, the international panel of judges announced the winners in five categories and the two top awards: the Grand Prize and the Special Prize.

The project created for the University of Silesia Faculty of Radio and Television by BAAS Arquitectura (Spain), Grupa 5 architekci (Poland) and Maleccy biuro projektowe (Poland) won the Grand Prize and award in the category “Sharing public spaces”. The architects take a radical yet subtle approach to a project that pays tribute to the mining history of Katowice. The new structure is a dark, open brick lattice entirely wrapping the existing construction, a modest multifamily residential building for miners and their families, saved from destruction by acknowledgement of its status preserving the dignity of the place’s historic memory.
The Special Prize was awarded to the Can Jaime I n'Isabelle project by TEd'A arquitectes: a house built in an isolated place, in which the Mediterranean climate dictates the relationship among spaces and the way they are arranged around four courtyards. The project was entered in the “Feeling at home” category, won by the Iturbide Studio project by Taller Mauricio Rocha and Gabriela Carillo (Mexico). The studio created for Mexican photographer Graciela Iturbide is a space sheltered against the outside world but not entirely disconnected from it by brick walls with an open texture.
A sustainable house designed as a prototype for the construction of low-cost housing in Rwanda won the award in the “Living together” category. Prototype Village House was designed by Rafi Segal, MIT Rwanda Workshop Team (US) with the Rwanda Housing Authority (Rwanda).
The winner in the Working together category is the City Archive Delft project by architectural studios Office Winhov (the Netherlands) and Gottlieb Paludan Architects (Denmark). The judges appreciated the clear, precise concept expressed by the building, which opens onto the city in its lower part, intended for contact with the public, while appearing shut-off on the upper levels, containing the archive.
The winner in the “Building outside the box” category, for innovative concepts and ways of using brick, new construction technologies or new styles of ornamentation, is Maya Somaiya Library by Sameep Padora & Associates (India). The architects use brick in unconventional ways to make the roof of the library into a school playground. 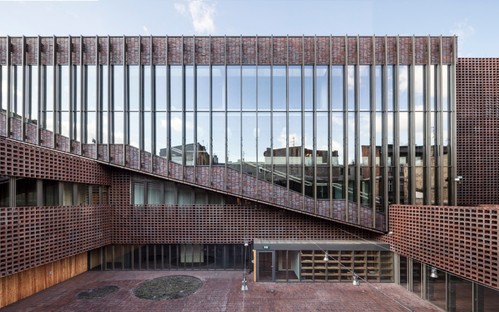 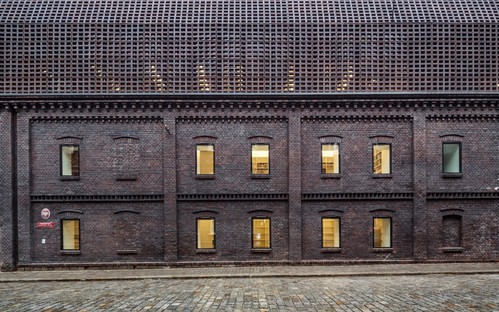 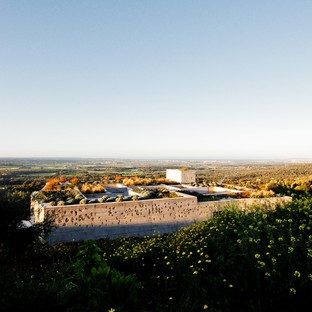 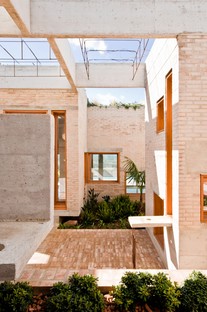 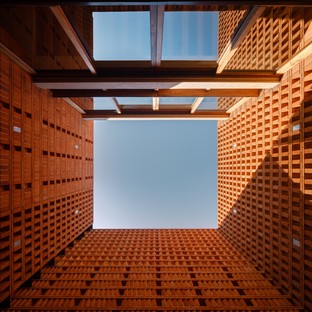 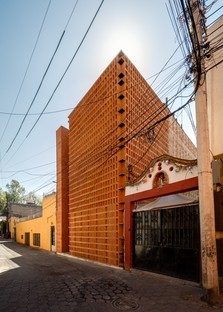 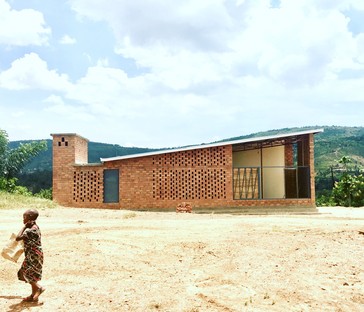 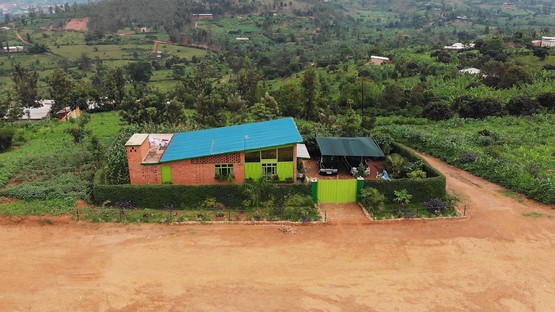 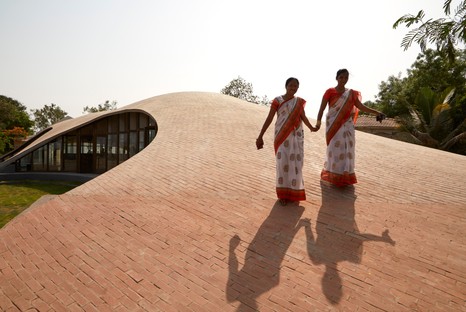