An interesting architecture exhibition was inaugurated at the Architektur Galerie in Berlin on July 4. The projects created by the Swiss architecture studio :mlzd give the opportunity to encourage the public to reflect on the contemporary role of public spaces: from their original role of forums for public activities, to their intensive use for events, as well as the commercialisation for economic interests and, as a consequence, the way these changes affect buildings. 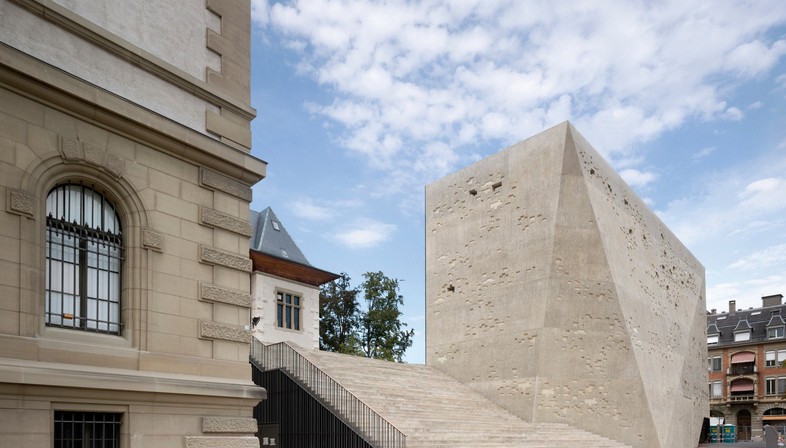 An interesting architecture exhibition was recently inaugurated at the Architektur Galerie in Berlin: :mlzdâ's InsideOutside (InnenAussen). The projects created by the Swiss architecture firm :mlzd give the opportunity to encourage the public to reflect on the contemporary role of public spaces and the consequences that their transformations have on the architecture of the buildings connected to such role. 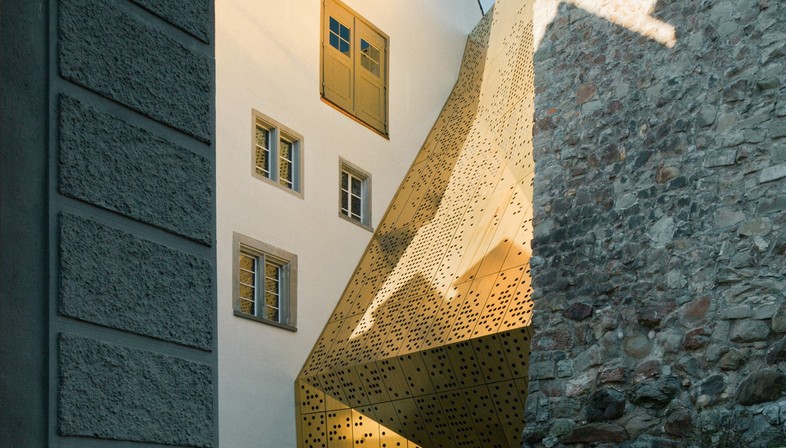 From the Greek agora to the Roman forum and later to the squares that are part of Italyâ's tradition, public spaces have always been the centre of city life. Places for discussion, meetings, sharing, bargaining but also disputes, in a word places where the community grows. Today, however, we see public spaces emptied of their original meaning. As the curator of the exhibition defines, public spaces are "under pressure", subjected to economic interests, abused as spaces for events of every kind and even trivialised as background for selfies and personal self-determination.
It is therefore inevitable to ask ourselves whether public spaces have completely lost their original function, abdicating to their new role of meeting places and squares for virtual discussion. A legitimate question, also taking into account the larger load of rules, regulations and design requirements public spaces must comply with in order to ensure both functionality and safety. A growing need, triggered by the terror attacks that have taken place in the last few years.
New points of refection and queries inevitably arise from these questions, such as whether these transformations and regulations reduce the creative opportunities for architectsâ' interventions, especially for those architects who work in accordance with the characteristics of a place, as well as whether and how public space-related buildings are affected by these processes.
The answer cannot be univocal, of course. The Architektur Galerie in Berlin offers one possible version through the works created by the Swiss architecture studio :mlzd. A collective founded in Biel in 1997, which today employs about 30 people and which can boast 35 first prizes won in international competitions with over 70 projects completed. 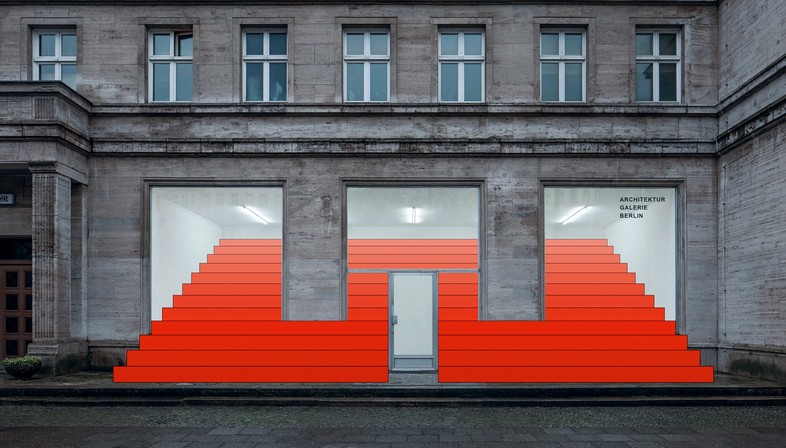 A site-specific installation designed by the :mlzd studio announces the exhibition right from the entrance and welcomes the audience of the Architektur Galerie in Berlin. An oversized staircase, free from its function of vertical connection, crosses the boundaries of the gallery and becomes an extension towards the urban public space, like a large terrace.
The work can be hastily read as an urban landmark. As explained by the curator, it is actually an invitation to the public. Visitors are called upon to pay closer attention to the space and to the atmosphere created, seeing that public space in a new light.
The :mlzd architectural studio is currently involved in the construction of Lausanneâ's football stadium Stade de la Tuilière, the new Hotel Aarauerhof in Aarau and the visitor centre for the Tempelhof airport in Berlin. The firmâ's past projects include the expansion and redevelopment of the Rapperswil-Jona Municipal Museum, the extension of the Historisches Museum in Bern, the new canteen for the Kantonsschule gymnasium in Wettingen. 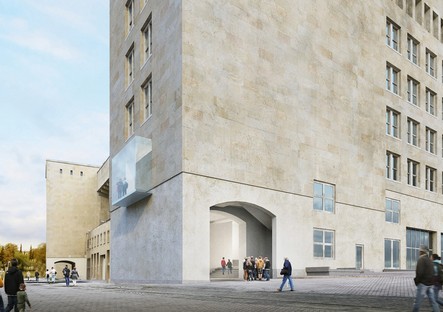 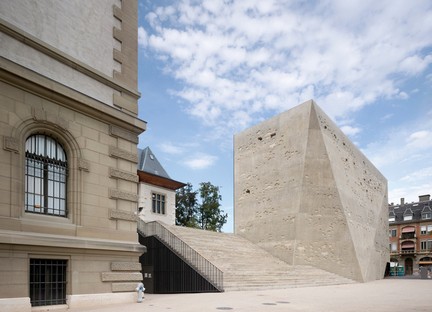 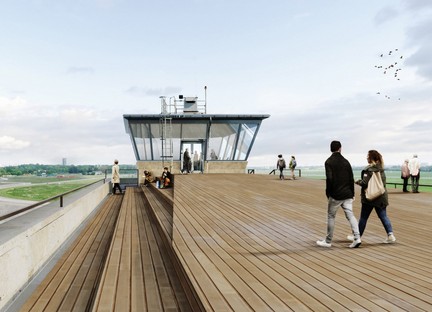 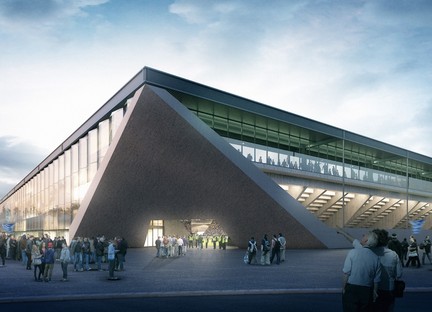 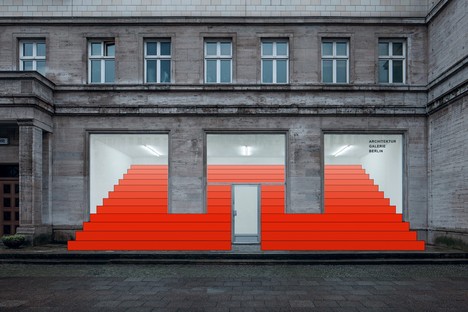 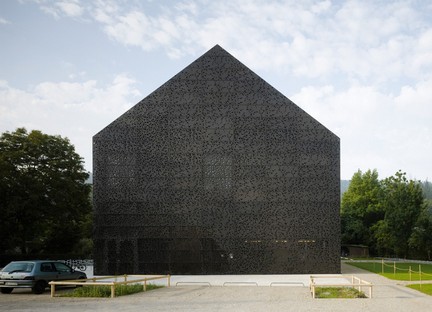 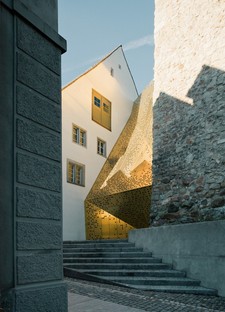