American architect Michael Green designed two new buildings for the Oregon State University’s College of Forestry made almost entirely out of locally-sourced mass timber from Douglas fir trees in the area. The project carefully plans the building’s sustainability and earthquake resilience, adopting an oscillating technology and storing 1884 tonnes of carbon dioxide within its all-timber structure. 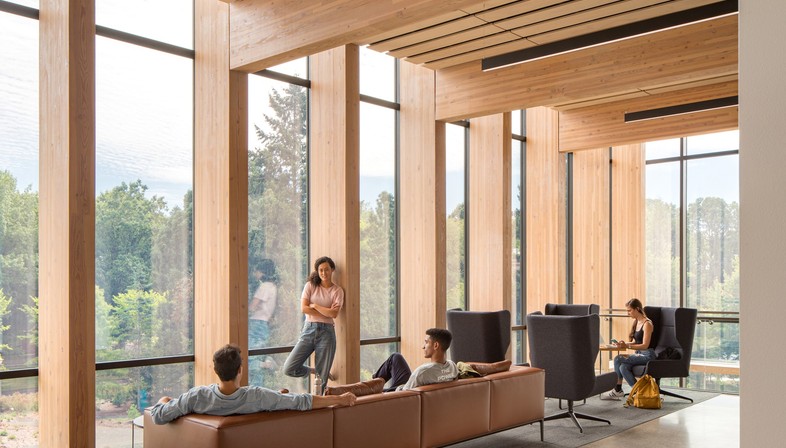 Michael Green Architecture is a Canadian architectural studio with an office in Oregon, in the United States, which recently completed construction of two buildings for Oregon State University. The College of Forestry commissioned the construction of a new building to contain classrooms, IT laboratories and a big hall created intersecting with the existing Peavy Hall building; the second building, AA "Red" Emmerson Advanced Wood Products Laboratory (AWP), is a workspace in which to build and test wooden structures up to three floors high, containing the TallWood Design Institute.

In line with Oregon State University’s vision of creating a "dynamic learning, collaboration, and research environment for managing and sustaining working forest ecosystems in the 21st Century", Michael Green involved numerous departments and groups of future users in the project, aiming to build a project resulting from an exchange of know-how that would be "designed to be a teacher and a living laboratory – something to interact with and to learn from".

Peavy Hall, measuring more than 7700 square metres, takes the form of two rectangular buildings three floors high, perpendicular and intersecting in a T shape, incorporating an existing part of the campus, Richardson Hall. The building contains about forty classrooms, computer rooms and laboratories of different sizes, arranged with a variable layout partly inside and partly outside to allow professors to use a variety of different approaches to teaching and truly involve the students in the lessons. The building’s interiors are made entirely out of timber, creating an atmosphere of great warmth and cosiness. But the most spectacular part of Peavy Hall is undeniably the double-height entrance foyer with big windows alternating with tall glulam columns and two monumental wooden staircases located at either end of the long, narrow space. What’s more, the foyer is directly connected with the forest around it through the big windows and with an arboretum containing a vast collection of plants, "a living classroom for forestry students, community, and industry".

The second building, the Advanced Wood Products Laboratory named after AA "Red" Emmerson, is smaller, but plays the important role of connecting academic knowledge with practical know-how, as it is intended for the construction of wooden elements and structures. The goal is not only to build the structures but to test them scientifically, with the precise goal of obtaining information of use for technological innovation on the site. The AWP building, measuring more than 1600 square metres, includes construction and testing areas. This building, though simpler, is also made almost entirely of wood, except for the floor, which had to be particularly resistant due to the stress it will be subject to.
All the structures created by Michael Green Architecture are made of mass timber, using different varieties for the columns, flooring and reinforcements, including a rocking wall system required in view of local seismic activity. The raw material used throughout the complex is Douglas fir, the prince of the west coast forest, along with the red alder used in some of the cladding in Peavy Hall.

Another interesting aspect of Michael Green’s project is the concept of the building itself as teacher. As he says, "As part of the building as a teacher concept, the wood structure is monitored by over 200 sensors that have been installed throughout the structure to gather data on vertical and horizontal structural movement as well as moisture. This data will be used for research into the performance of mass timber structures for the life of the building and will inform the future of good practice in building with mass timber".

Oregon State University’s new College of Forestry buildings also set a high standard for sustainability: in addition to containing fully 1884 tonnes of carbon dioxide in the wood employed, the building is prepared for installation of a photovoltaic system, and its modular design means that only the damaged parts need be replaced in the event of an earthquake. In addition, the windows are covered with a film that controls the amount of light and heat that gets through, a special system collects rainwater, and, last but not least, not only uses a part of the forest habitat around it but contributes to it. After all, it is only right that buildings for teaching the future custodians of Oregon’s forests should have something to teach them! 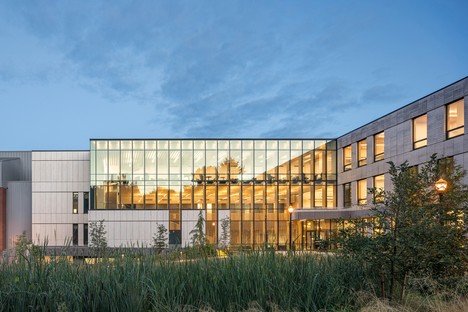 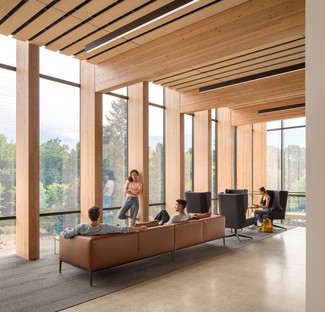 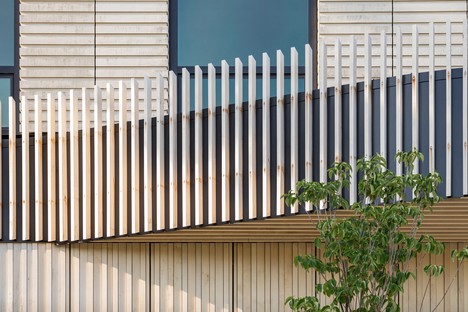 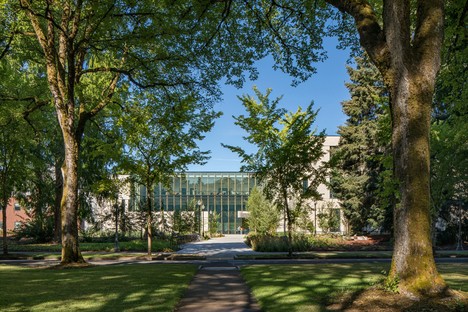 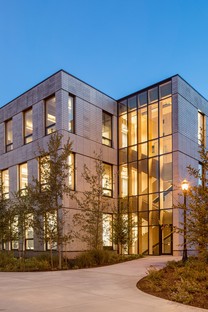 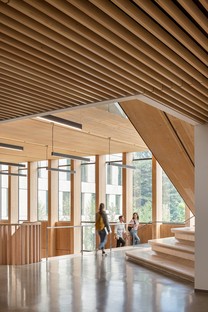 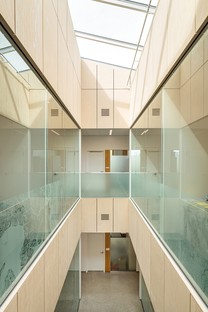 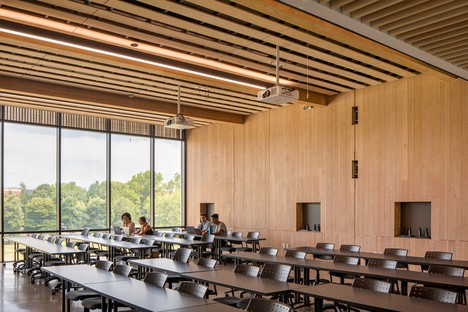 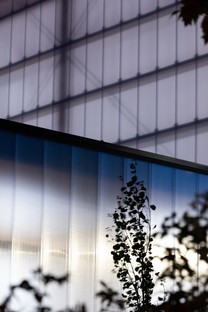 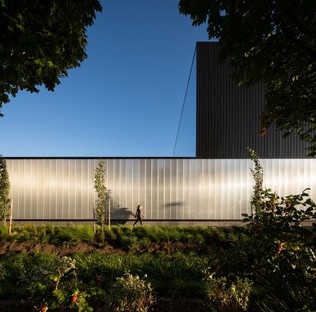 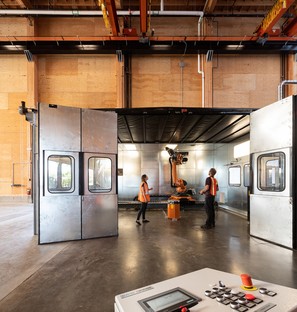 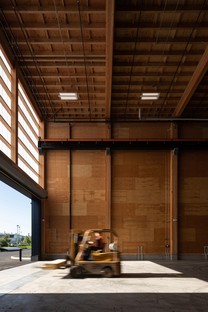 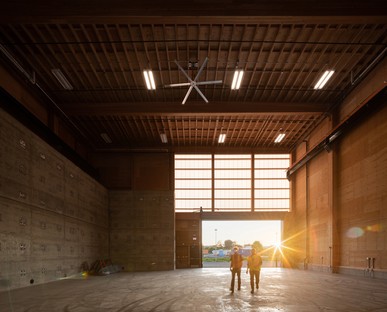 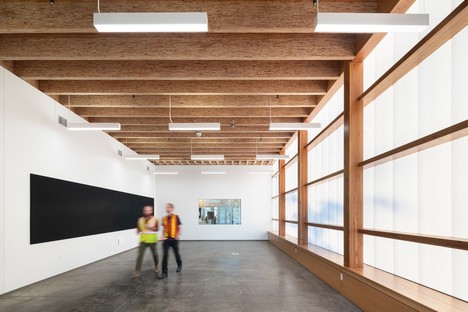 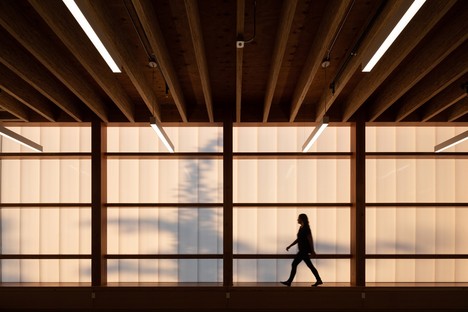 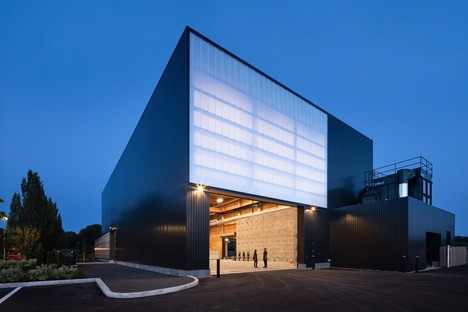 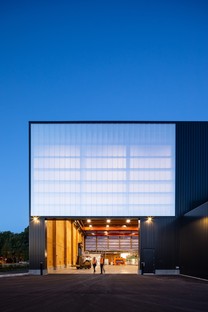 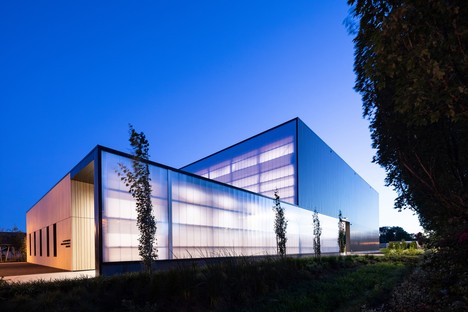 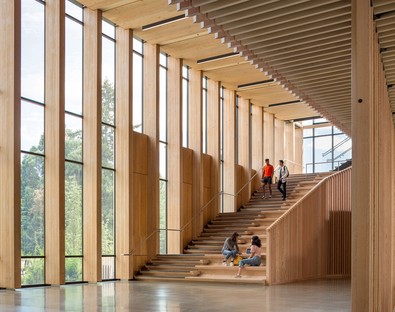 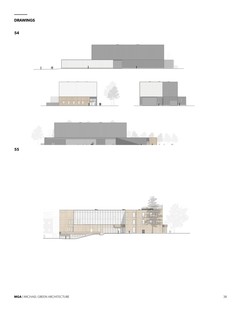 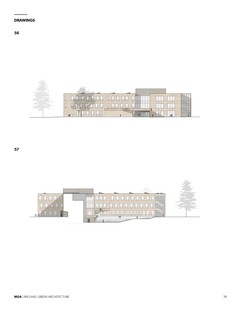 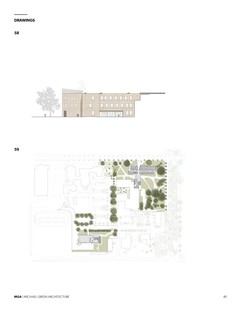 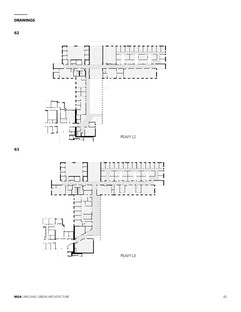 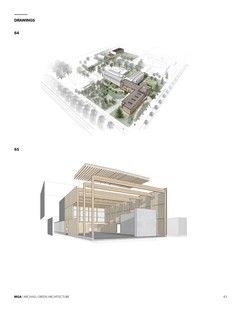