A combination of light and natural ventilation were used by architect Marina Tabassum in her design of the Bait Ur Rouf Mosque in Dhaka, Bangladesh, to convey that sense of spirituality required in places of worship, interpreting them, first and foremost, as sanctuaries for the spirit. 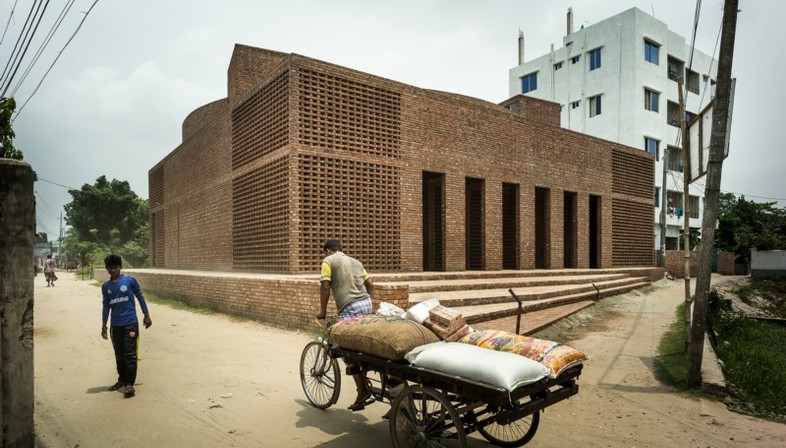 The project by architect Marina Tabassum, the Bait Ur Rouf Mosque built in Dhaka, Bangladesh, is one of the 19 finalist projects chosen for the 2016 edition of the Aga Khan Award for Architecture.
The mosque was built in a densely populated neighbourhood in Dhaka, and was erected over a basement, which stands above as compared to the street level. Its position creates a 13° angle with the qibla, the direction of Mecca, towards which Muslims must face whilst in prayer.
Geometrically, the mosque is cylindrical in shape, the prayer room inserted inside a cubed shape. The central room is raised and its perimeter is defined by eight pillars. In the spaces created at the intersection of the internal cylinder and the external cube, the ancillary functions are organised. Specifically, the four corners become light wells; thanks to intricately studied combination of light sources, they combine to convey an aura of mysticism and spirituality.
In the exterior, the basement patio has come to form a part of the urban life of the neighbourhood, where children play and the elderly meet to talk, waiting for everyday rituals to be performed. 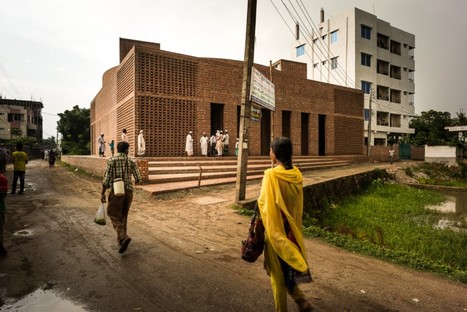 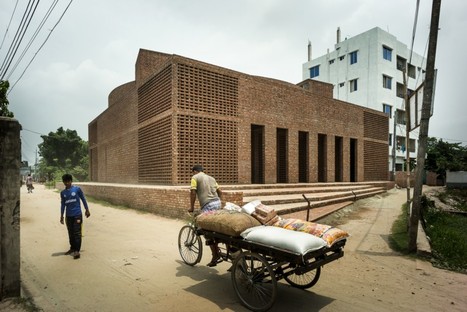 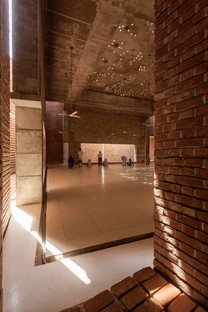 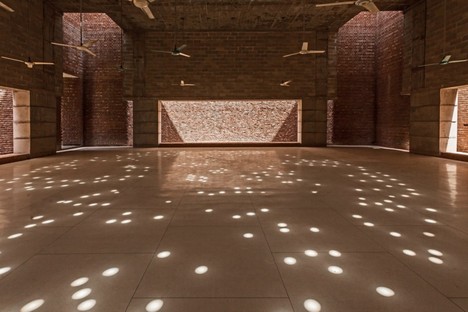 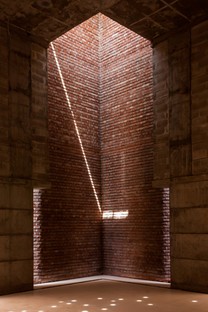