A complex of 18 holiday homes designed by José Adrião Arquitectos on the Praia do Estoril on Boavista Island (Cape Verde) is now partially completed, revealing its distinguishing features: courtyard houses, use of white as the dominant colour, direct and indirect links with the outdoors, and a reduced architectural vocabulary. 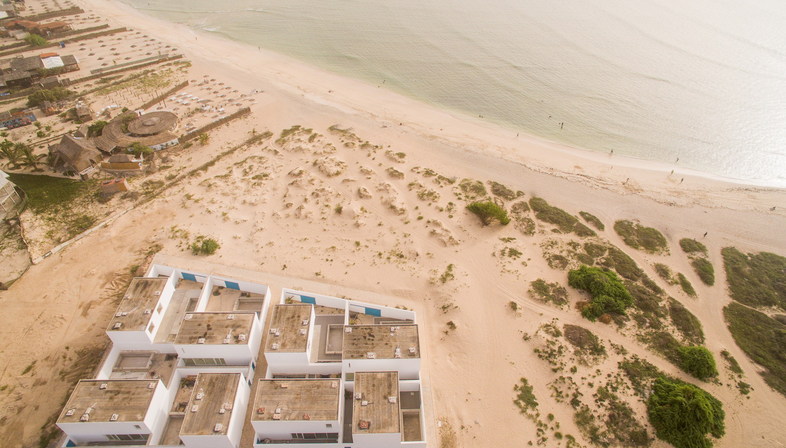 The profound influence of the Portuguese masters can be felt in the architecture of José Adrião, who recently designed a complex of 18 homes on Boavista Island in the Cape Verde archipelago. A Portuguese colony until 1975, the country still reveals the colonial influence, particularly in its architecture, above all the fishermen’s homes that still stand on the islands.
The homes designed by José Adrião are located to the south of principal town on Boavista Island, Sal-Rei, over a vast expanse of beautiful beach which is rarely used. The aim was to build a small group of holiday homes by the sea that would stand out from their surroundings while appearing directly related to them. This is the reason for the choice of white as the colour of all the walls, both inside and out: white, the traditional colour for seaside homes, dotted with bright colours such as the blue José Adrião uses on the frames of the doors and little windows, a Portuguese tradition that is still commonly seen on the island. Portuguese tradition also determines the typological choice of the courtyard home, built on two levels to ensure that the ground floor is sheltered from the blinding sunshine, the wind and the rain by a wall on three sides and an arcade. The homes maintain a certain ambivalence between privacy and extroversion, between enclosing shelter and broad, sweeping views, thanks to the presence of boundaries and large windows with views of the sea on both the ground floor and the first floor.
The complex has not yet been completed, but the floor plan and the built part clearly reveal the architects’ intended orientation, with a geometric scheme that is clearly divided into four parts by four axes leading from the sand dunes to the beach. Each of the areas is different in size and in terms of the breakdown of the built areas, as the layout follows the curve of the beach. The buildings are all constructed on the same scale, the average height of the original constructions in the area. The effect of alternating full and empty volumes is to add motion to the façades, preserving the image of a spontaneously built village.
Oriented in different directions, the homes have a semi-public area on the ground floor containing a living room, an open pool in the courtyard, a garden of local plants and a smaller courtyard with a second entrance, as well as a private part containing 2 or 3 bedrooms and bathrooms on the upper level. The living area in all the homes features large sliding glass doors opening onto the courtyards, which in turn act as a filter between the homes and the outdoors, opening and closing the big blue door.
José Adrião’s project certainly maintains a number of the constant features recurring in Portuguese architecture in recent decades, from linguistic simplification to dialogue with the particular features of wood, from the sobriety of the geometry to the use of white for giving material form to light, without any kind of self-praise. 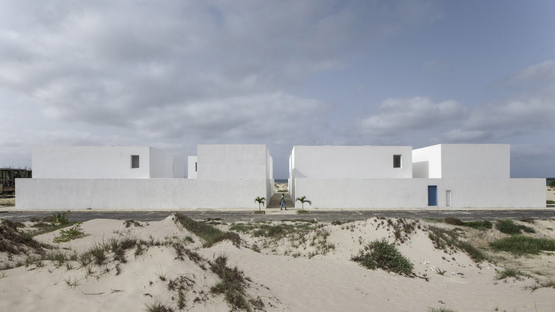 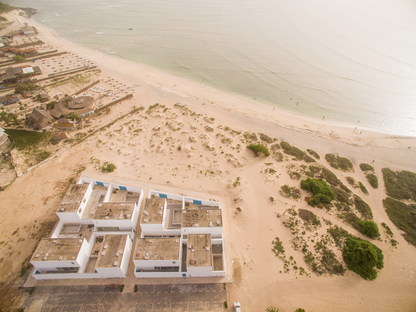 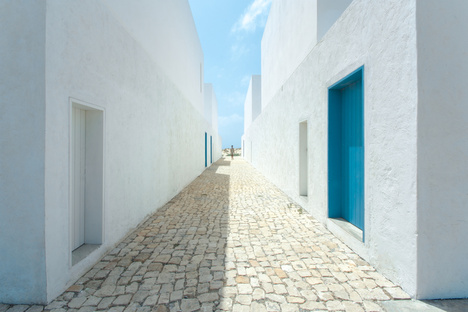 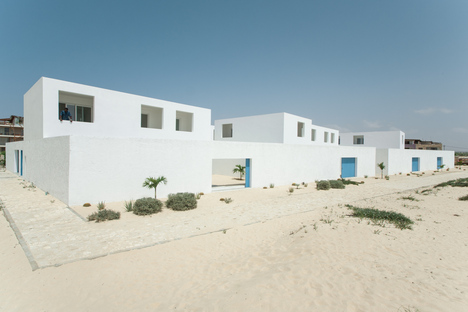 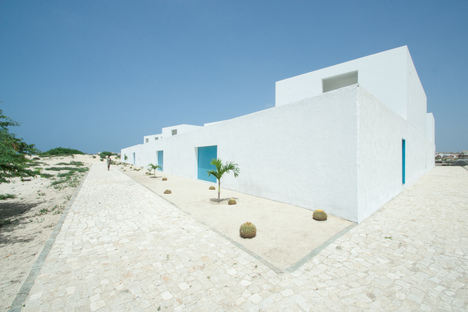 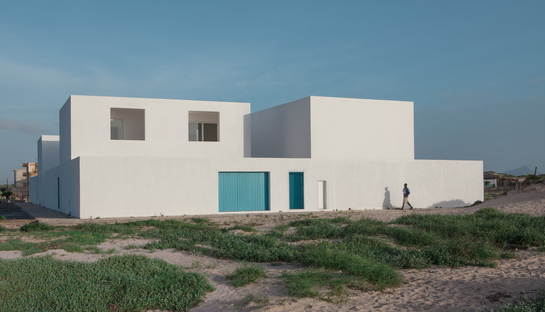 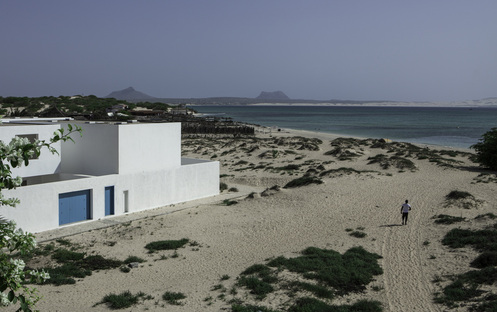 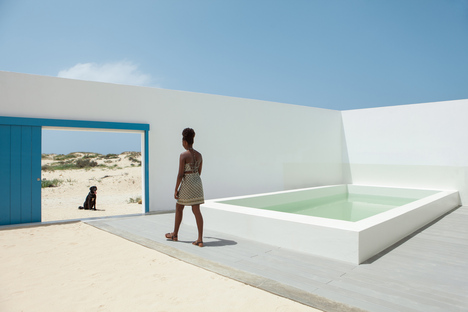 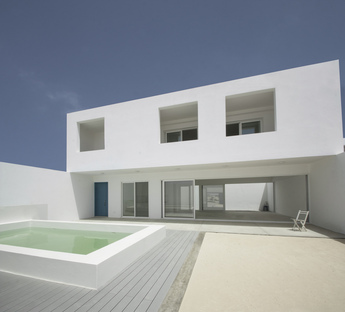 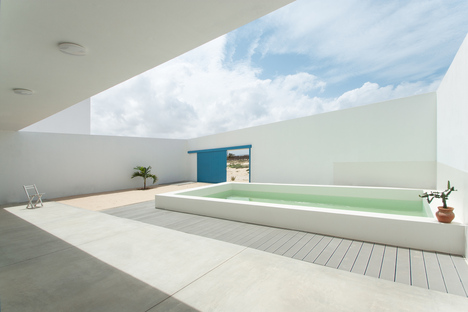 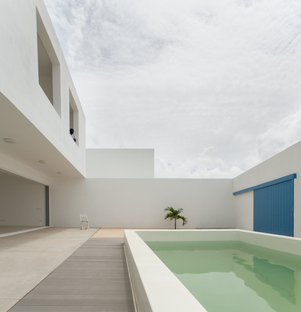 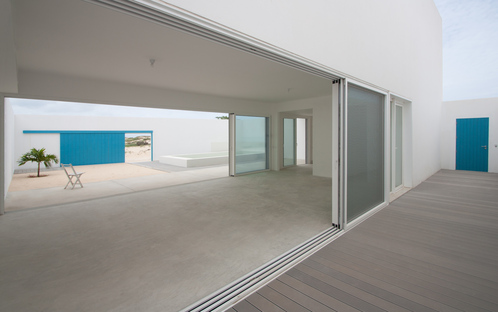 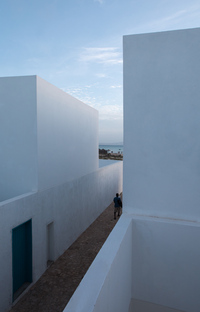 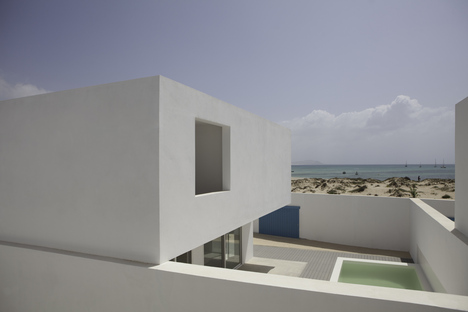 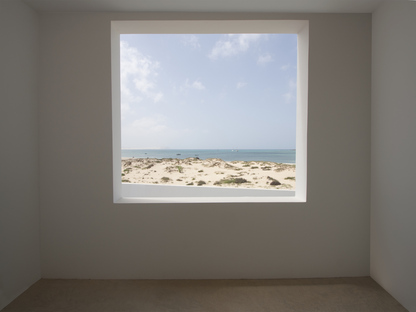 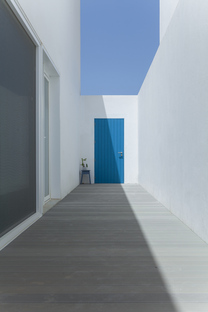 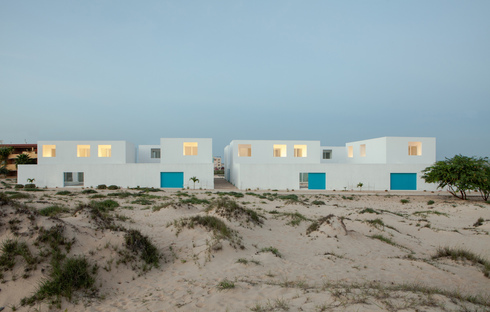 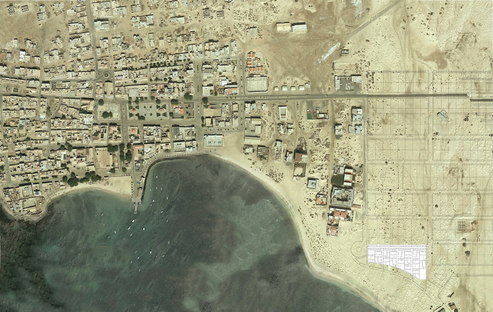 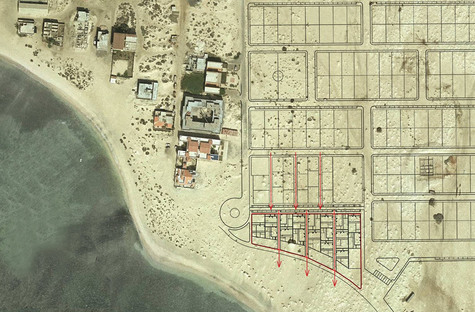 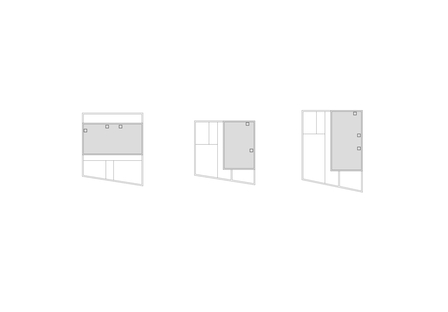 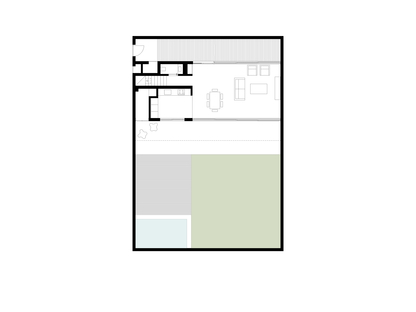 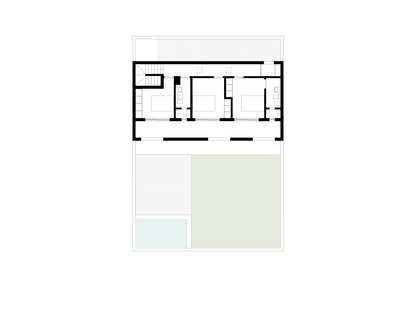 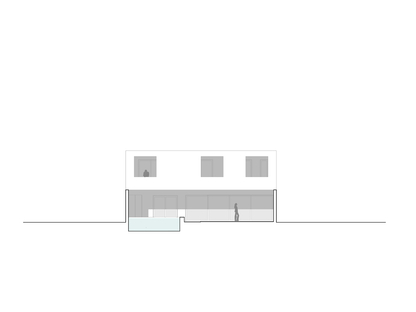 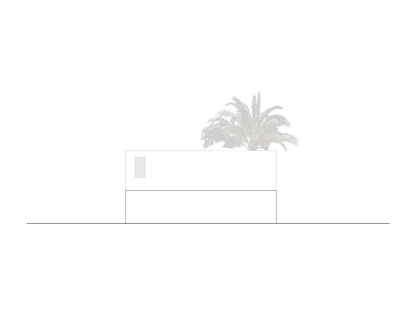 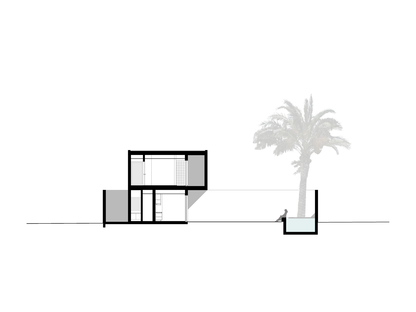 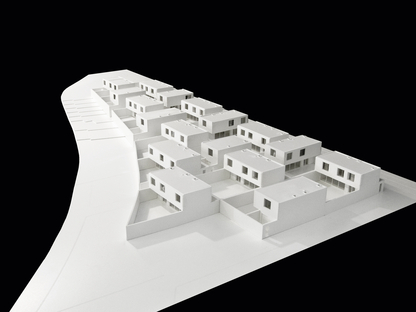