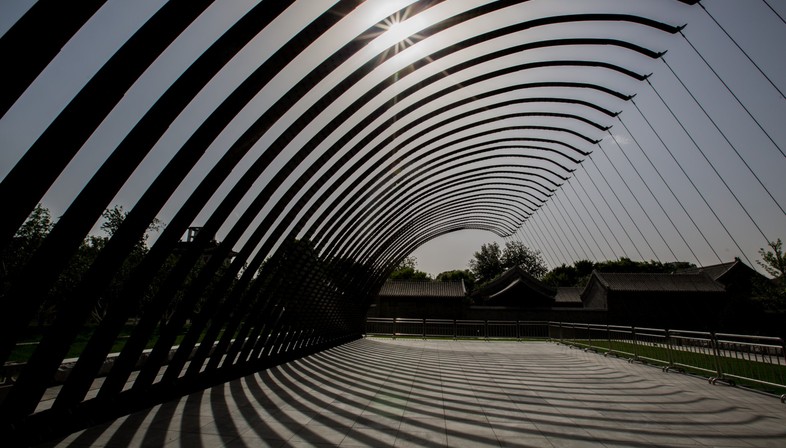 Jiakun Architects has been appointed to design a temporary pavilion under the international partnership between the Serpentine Galleries in London and WF CENTRAL of Beijing. WF CENTRAL is a big shopping centre located in a lively part of the Chinese capital, a cultural and commercial hub of activity since the Ming dynasty located only 600 metres from the historic Forbidden City which is served by metro and rail lines and only minutes away from Beijing’s Central Business District. The Serpentine Pavilion Beijing opened in this lively location on May 30 and will remain open until October 31 2018; in the tradition of Serpentine Galleries summer pavilions, it will host a series of cultural events and activities open to the public. 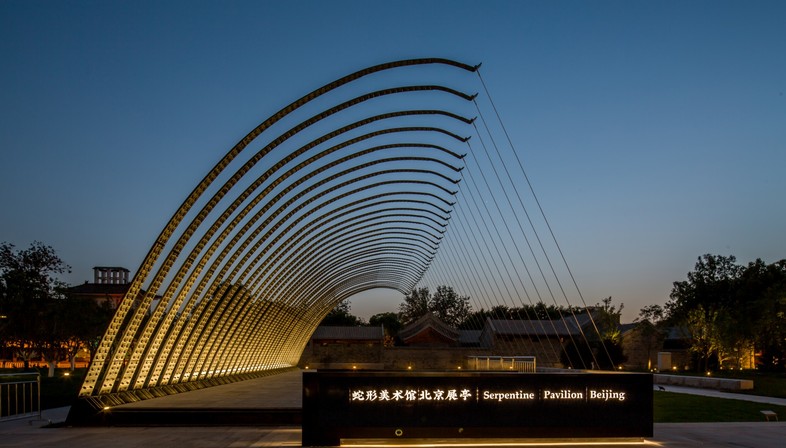 Heralded as the first Serpentine Galleries temporary pavilion outside Britain, the installation precedes the opening of the pavilion at the Serpentine Galleries traditionally built every year in the Royal Park in Kensington Gardens, London, designed by architect Frida Escobado in 2018.
18 years have gone by since the first temporary pavilion was built at the Serpentine Galleries, designed by Zaha Hadid. Since the year 2000 the Serpentine Pavilion has come to stand for architectural experimentation because of the formula behind the initiative: the first work on British soil to be built by a world-famous architect invited to participate by a panel of judges. The structure must be built rapidly, with only six months between the invitation and the completion of the pavilion, and it must be dismantled after four months of use, leaving the site perfectly intact.
This unique formula was identified as one of the world’s most popular architecture and design exhibitions in 2016.
Going back in time, temporary pavilions have been built by: Kéré Architecture, 2017; Bjarke Ingels Group (BIG), 2016 (at the same time as the 2016 pavilion, 4 Summer Houses were designed by Asif Khan, Barkow Leibinger, Yona Friedman and Kunlé Adeyemi); selgascano, 2015; Smiljan Radić, 2014; Sou Fujimoto, 2013; Herzog & Meuron with Chinese artist Ai Weiwei, 2012; Peter Zumthor, 2011; Jean Nouvel, 2010; SANAA, 2009; Frank Gehry, 2008; Olafur Eliasson and Kjetil Thorsen (of Snøhetta), 2007; Rem Koolhaas and Cecil Balmond with Arup, 2006; Álvaro Siza and Eduardo Souto de Moura with Cecil Balmond and Arup, 2005; MVRDV with Arup, 2004 (the only pavilion not actually built); Oscar Niemeyer, 2003; Toyo Ito and Cecil Balmond with Arup, 2002; Daniel Libeskind with Arup, 2001 and Zaha Hadid in 2000. 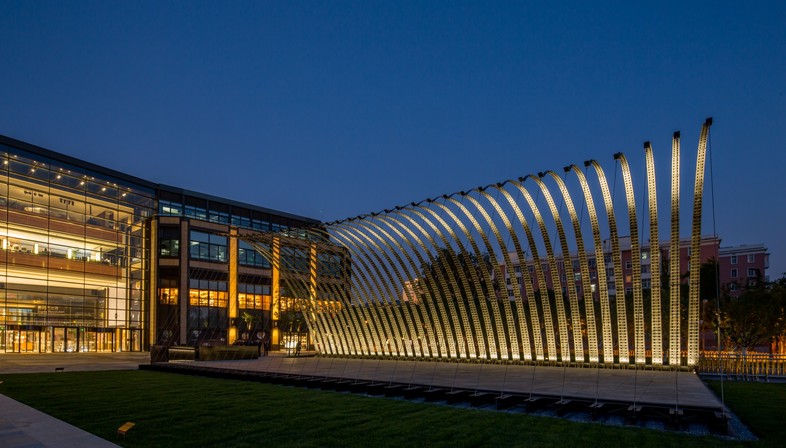 Jiakun Architects, founded in 1999 with architect Liu Jiakun at the helm, was chosen by a committee of eight members: artistic director Hans Ulrich Obrist, Yana Peel (Serpentine Galleries CEO), architect Sir David Adjaye, David Glover (Intelligent Engineering CEO); Raymond Chow and James Robinson, (executive directors of Hongkong Land); artist Wang Jianwei; and Philip Dodd, director of Made in China. Liu Jiakun responded to the invitation with a pavilion that takes into account the 18-year history of the Serpentine Pavilion but is suitable for its historic and social context in Beijing.
The pavilion is an example of modern Chinese architecture that does not deny the past but is profoundly rooted in tradition and inspired by Confucianism. 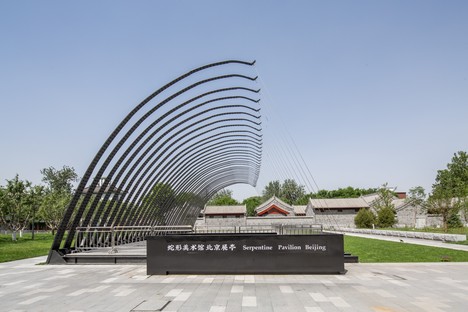 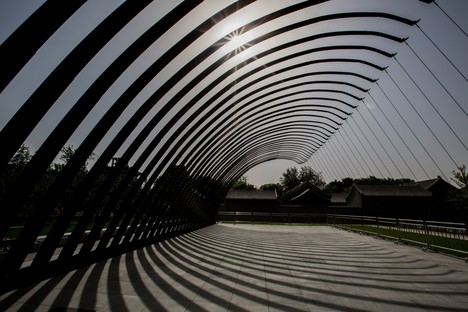 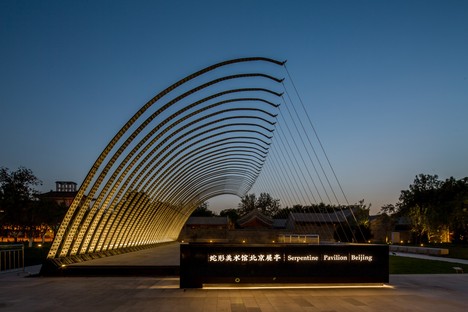 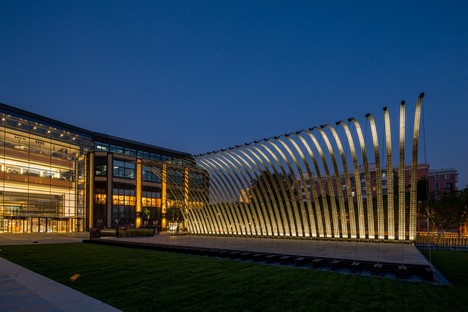 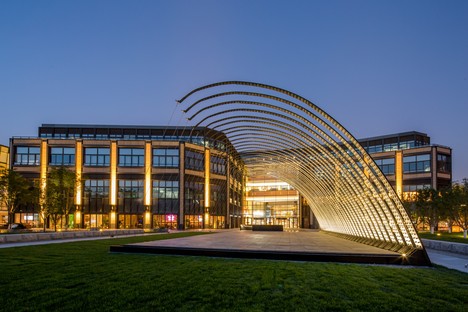