The new, recently opened multimedia library, designed by architect Jean-Pierre Lott, is a symbol of urban renewal and gives the town spaces in which to meet and socialise. 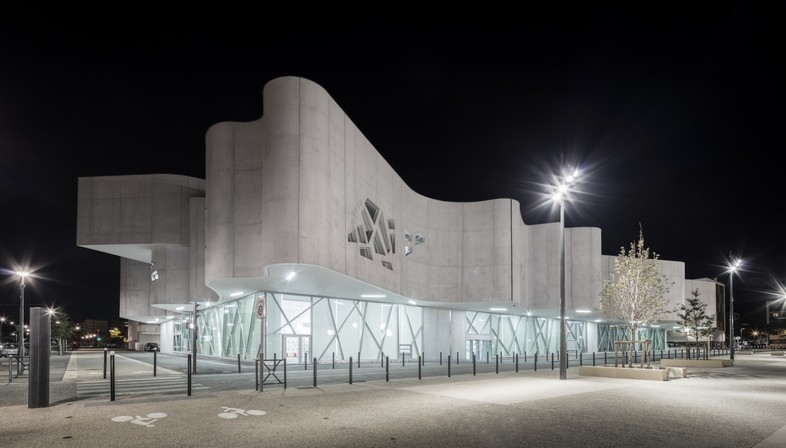 Part of a larger urban renewal project, which begun in the early 2000s, the new media centre designed by architect Jean-Pierre Lott is an emblematic building and the new arts centre of Vitrolles. Following intense residential and urban development in the 1960s, this Provencal town has become a ‘commuter town’ that required an urban reconfiguration programme for the whole district of Les Pins. 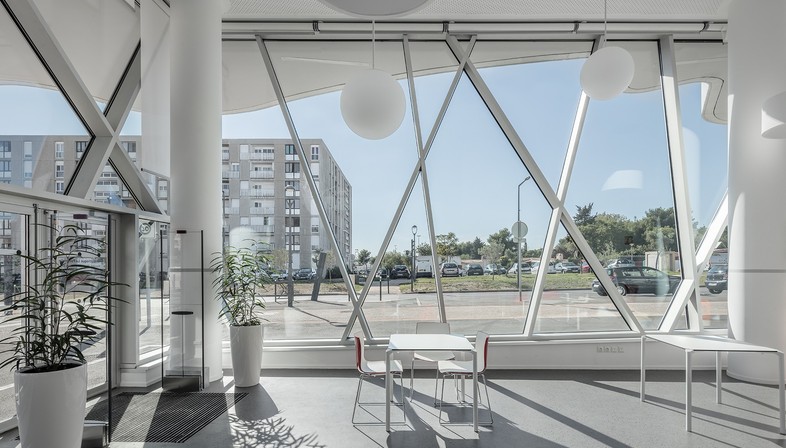 La Passerelle, the new media centre, has become the building that symbolises the whole town. It is an example of “participatory architecture”, as the inhabitants were involved with presentations and talks at various stages of the project. The flexibility and modular nature of the building allows it to become an intercommunitary and intergenerational arts centre aimed at various means of communication (words, sounds, images and multimedia). It is a real meeting place for the town, with a transparent ground floor whose exhibition spaces, cafeteria and auditorium open visually onto the square.
The transparency and regular geometry of the lower floor, is contrasted by the upper levels, which are mainly closed, and designed for the consultation of books and library materials. The openings and windows have been carefully planned to allow natural light to homogeneously brighten the interior, making reading and viewing easier. The sinuous geometry that is a feature of this part of the building allows the upper levels to be interpreted not as a heavy mass that weighs on the ground floor, but as light drapery moved by the wind. 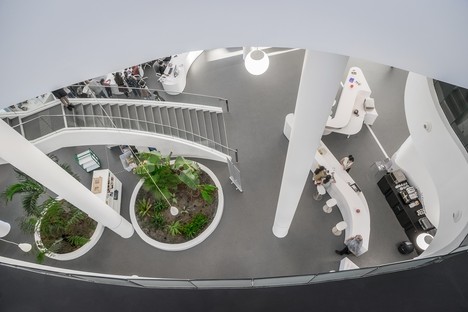 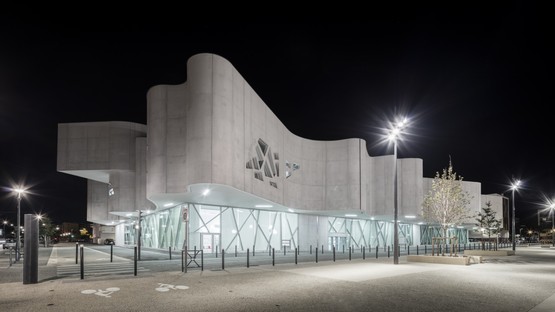 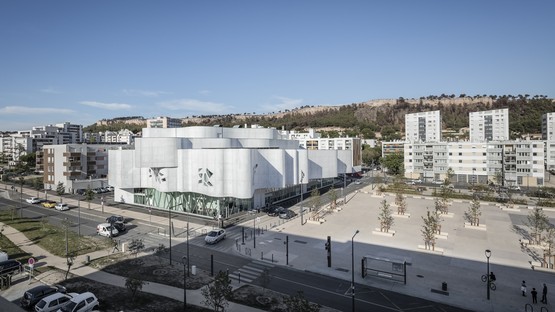 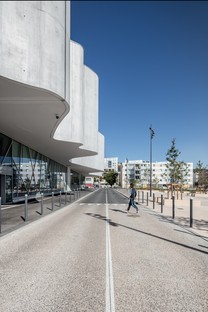 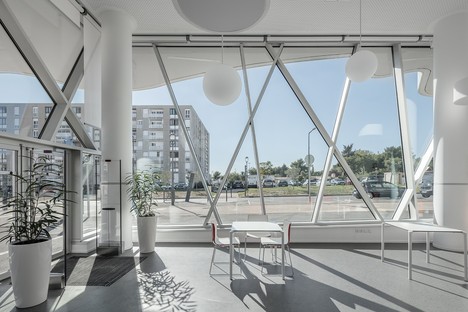 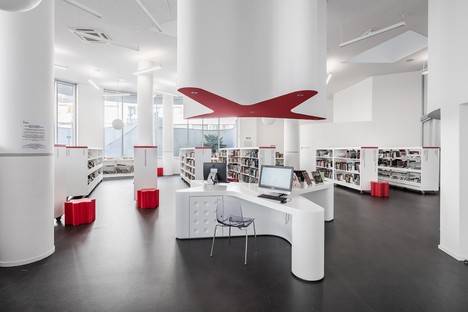 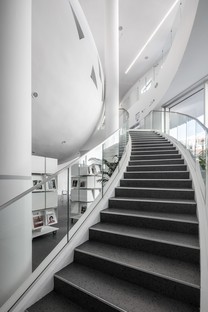 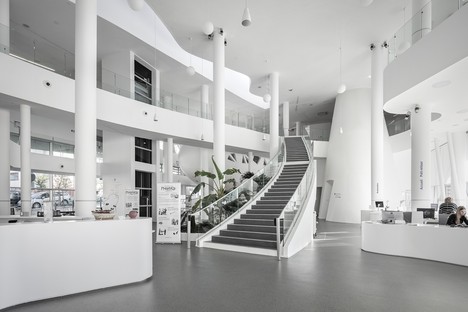 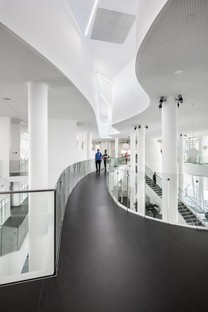 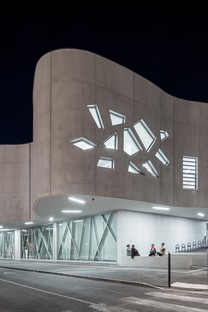 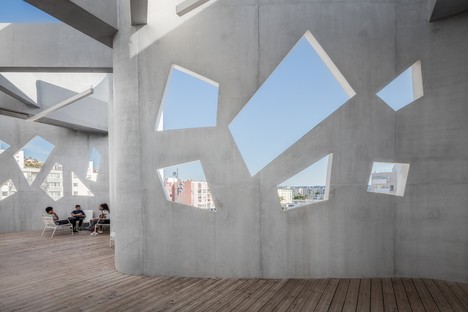