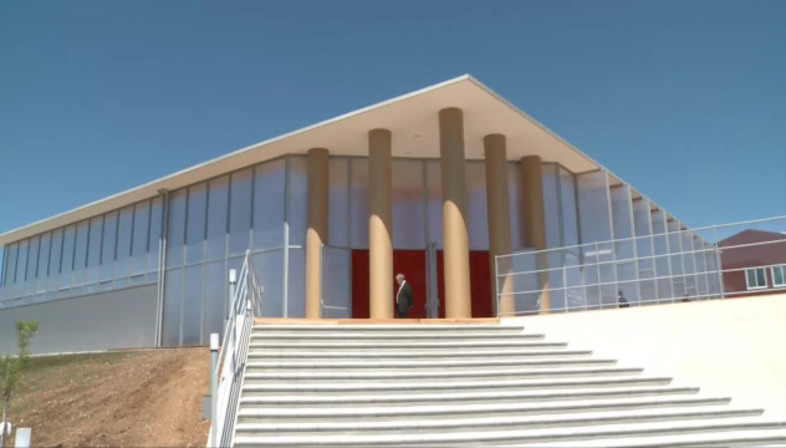 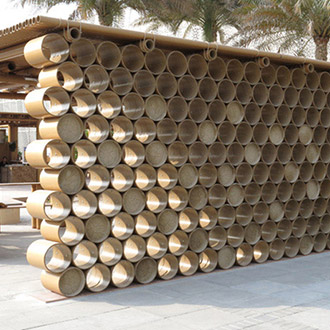 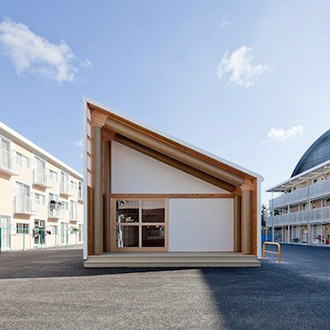 The Paper Concert Hall by Japanese architect Shigeru Ban, better known in L'Aquila as the Temporary Concert Hall, opened on May 7 2011 with a concert conducted by Tomomi Nishimoto, is an example of temporary architecture of particular interest not only for the light way it fits into the landscape, without invading or altering it, but also because of the materials chosen to build it, which ensure it is environmentally sustainable. A concert hall with 230 seats right next to the new home of “Alfredo Casella” Conservatory of Music, the result of a project for sharing culture and solidarity among peoples.

The Japanese Pavilion designed by Shigeru Ban with Otto Frei, 95 metres long and 45 m wide, attracted a lot of amazement. Its construction did not require any nails or bricks, and not a single gram of cement: Shigeru Ban made his futuristic building entirely out of paper with cloth ties to hold three harmonious domes in place. Every single millimetre of what set a new record for the world’s biggest paper building is recyclable. But local building regulations in Hannover forced the architect to use internal tie rods (made of iron) and plastic sheeting on the outside, “destroying “ “the project’s purity”, the architect complained.

Shigeru Ban never ceases to amaze, always coming up with the right solution for the type of building to be designed. In the Centre Pompidou location in Metz, he uses cardboard in place of wood and employs complex construction systems. The building has a roof like a big Chinese hat, under which the sharply defined volumes of the exhibition galleries emerge, oriented according to precise perspectives which establish a visual relationship with the city’s landscapes. It took ten months to prepare the wooden roof and four to install the wooden grid, which incorporates 18 km of glulam beams, 95% of which are made of Austrian or Swiss fir, while the remainder are made of beech and larch.

Shigeru Ban designed the new headquarters of the Tamedia publishing group, owner of the "Tages Anzeiger" and "20 Minuten". The building, which cost 50 million francs to build, has a fir timber frame and glass façades, and is the world’s biggest timber frame construction. The building’s weight-bearing structure is made of 2000 cubic metres of timber, and required no steel reinforcements.

The Japanese architect has designed numerous projects intended to offer an immediate response to the need for emergency housing built using local materials and building techniques. His work has demonstrated the infinite architectural potential of economic, natural materials such as paper, cardboard and bamboo, receiving authorisation to use cardboard as a building material as far back as 1990.
The architect’s humanitarian initiatives include a refugee camp built after the war in Rwanda, where he used cardboard tubes to hold up tents supplied by the UN High Commission for Refugees: a solution which made it unnecessary to cut any more trees to make wooden poles.

Shigeru Ban also designed fifty houses for Vietnamese refugees after the 1995 Kobe earthquake. “Their bases were made out of beer cases filled with sand, requiring no concrete foundations. He even managed to convince the local priest of the strength and efficacy of cardboard and built a church out of cardboard tubes. Anyone doubting the strength of the material ought to be aware that some of the architect’s temporary cardboard constructions have since become permanent”.
The architect had another opportunity to build a similar project after the 1999 quake in Turkey, when he built temporary homes out of insulating cardboard, in view of the area’s low temperatures. After the terrible 2004 quake followed by a tsunami, he designed permanent homes for a fishing village in Sri Lanka, and following the more recent earthquake and tsunami in Japan he developed simple shelter solutions in which spaces were divided up to separate people into families and ensure privacy. 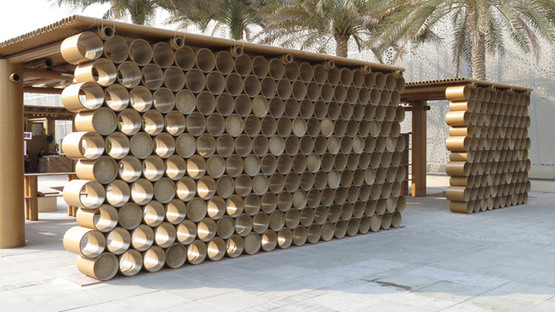 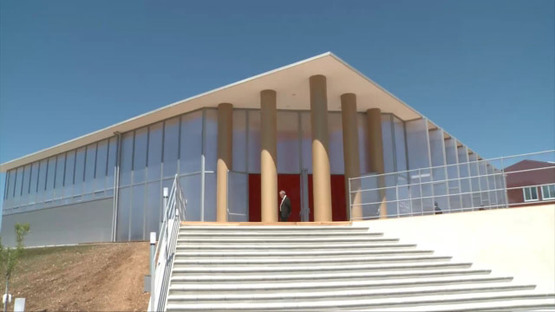 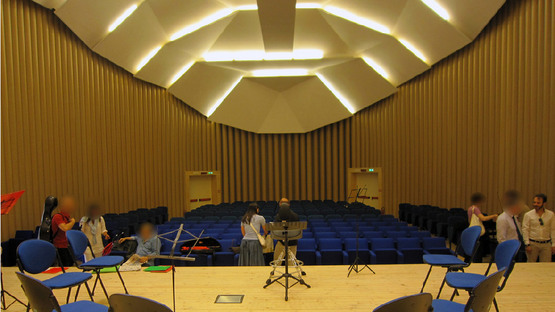 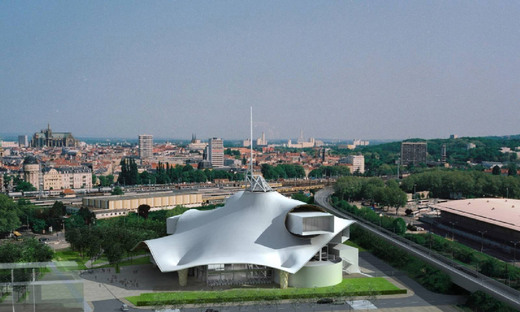 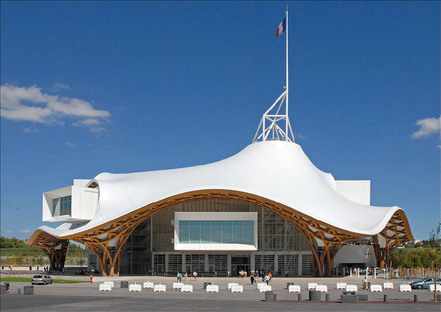 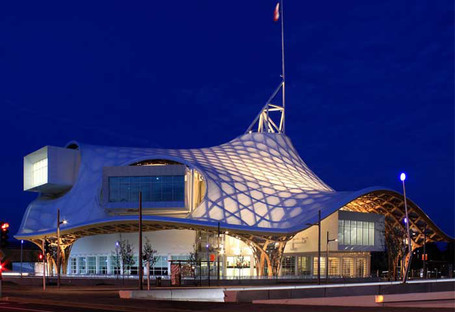 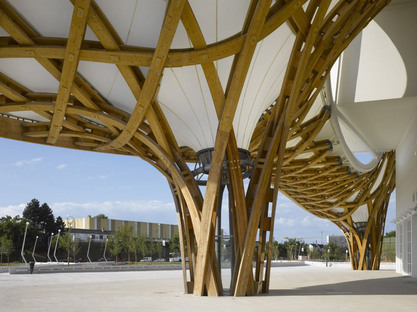 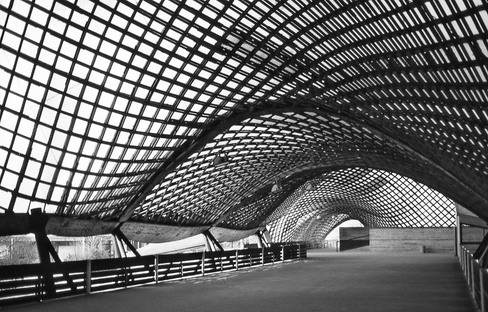 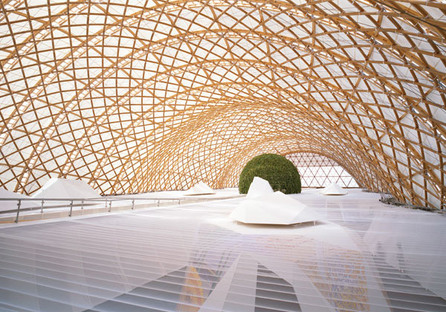 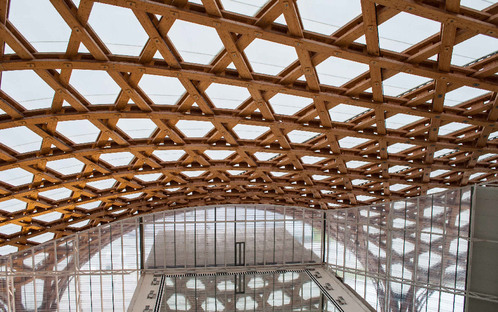 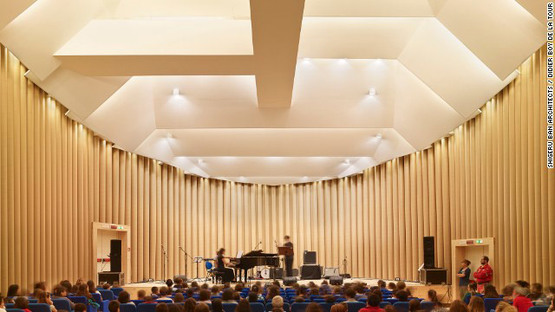 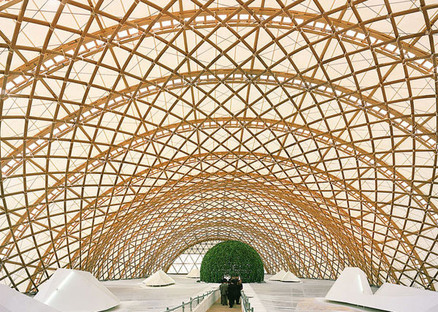 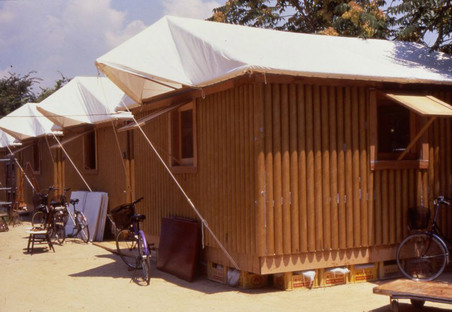 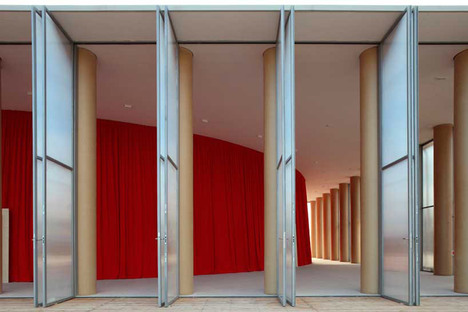 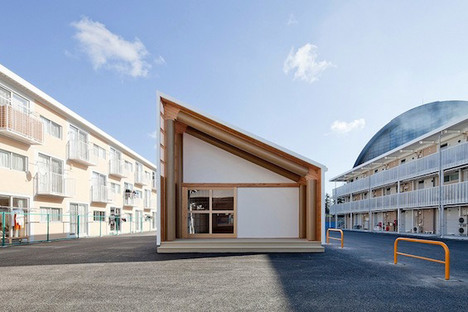 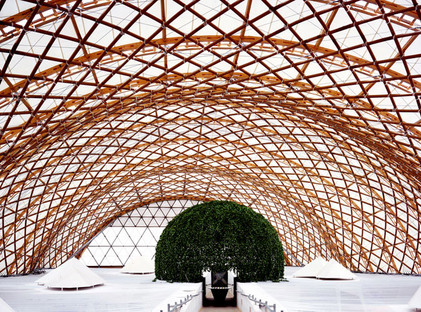 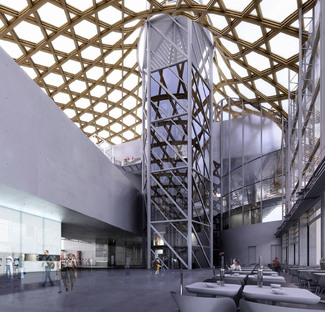 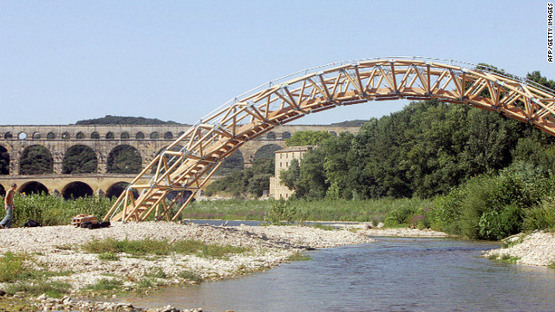 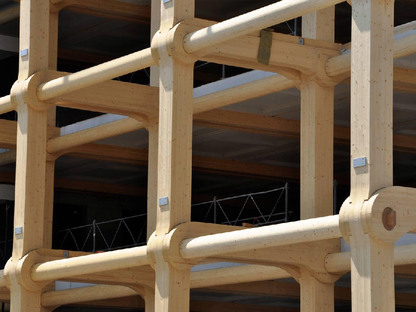 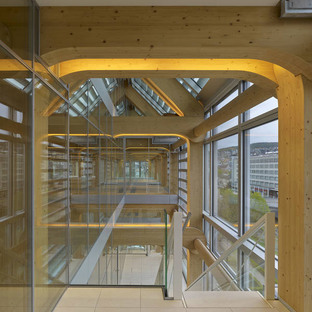