An anthological exhibition celebrates the ninetieth birthday of Italian architect Vittorio Gregotti, looking over his career spanning more than seventy years and his projects in Italy and abroad. 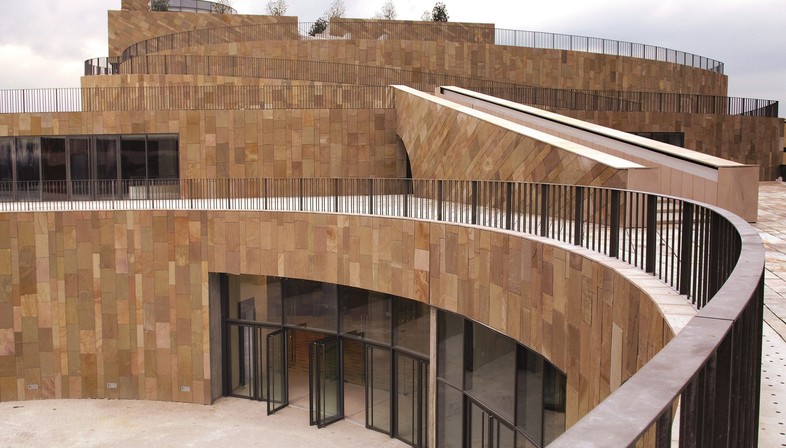 PAC Padiglione d’Arte Contemporanea, the Contemporary Art Pavilion in Milan, inaugurates the winter season with an anthological exhibition about the work of architect Vittorio Gregotti, promoted by the City of Milan and produced by PAC and Silvana Editoriale. The exhibition, entitled “Il Territorio dell'Architettura – Gregotti e Associati 1953_2017”(The Territory of Architecture, Gregotti and Associati 1953_2017) celebrates the Italian architect’s ninetieth birthday by representing his career spanning more than seventy years and his projects in Italy and abroad. The exhibition is part of the Milanese pavilion’s new winter programme celebrating great masters of Italian architecture and design. The exhibition about Vittorio Gregotti is the first in the series, to be followed in 2018 by an anthological exhibition about Enzo Mari and in 2019 by architects Ignazio and Jacopo Gardella. The exhibitions focus on the theme of the identity of the city and the potential for dialogue between past and present, memory and the contemporary: a theme of great interest in today’s global world, and specifically for the city of Milan, which is going through a time of great change with important urban renewal projects currently underway. 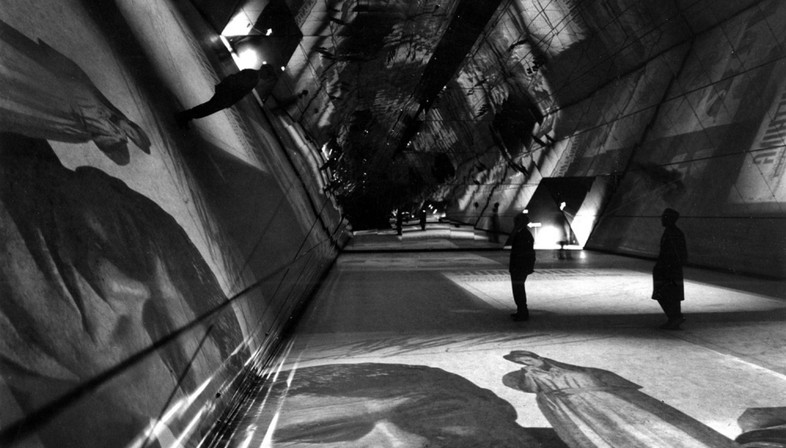 Exhibition curator Guido Morpurgo offers visitors a voyage through all Gregotti’s work and the variety of different compositions of his architectural practice, Gregotti e associati. Since he founded the practice in 1953, Vittorio Gregotti has shared it with a number of different professionals: Lodovico Meneghetti and Giotto Stoppino; Pierluigi Cerri, Pierluigi Nicolin, Hiromichi Matsui, Bruno Viganò, and Carlo Magnani; Augusto Cagnardi and Michele Reginaldi; he also worked with external partners such as Manuel Salgado and Saad Benkirane, associates and numerous other partners. The exhibition demonstrates how the practice itself is unique in Europe for the methodological unity characterising all its activities, from its architectural projects to territorial and urban planning, from museum installations to objects of design, from graphic products to editorial work: intense practical activity, all hinging around the key figure of architect Vittorio Gregotti and his research. His view of architectural design as belonging to specific historical, anthropological and geographic conditions is fundamental to his practice. 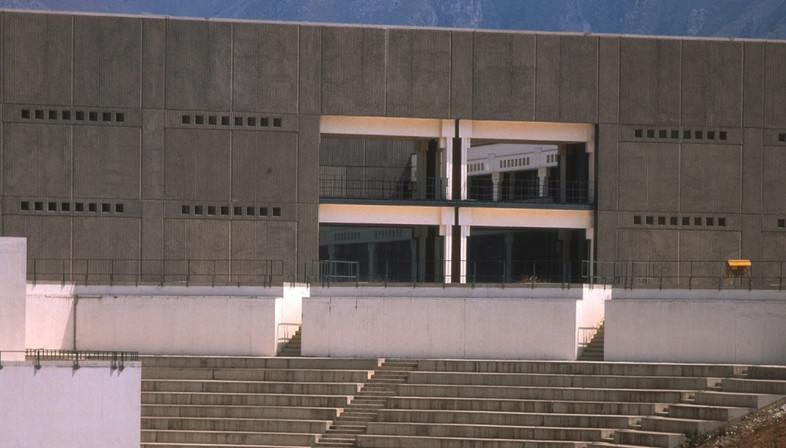 The exhibition installation designed by Studio Cerri e Associati opens with a wide-ranging overview of books and magazines by Vittorio Gregotti and his studio: more than 40 books and 1200 magazine articles, without neglecting his contribution to international architectural debate as editor of prominent magazines such as Casabella and Rassegna. The very title of the exhibition, “Il Territorio dell'Architettura”(The Territory of Architecture), quotes the programmatic title of the first book published by the architect, dated 1966. This overview of his work in publishing is followed in the exhibition by a selection of projects by Studio Gregotti Associati, presented in reverse chronological order in the form of original drawings and scale models, as well as 700 reproductions and photographs. The architect’s most recent works serve as a starting point for reconstructing what they have in common with his early projects of the 1950s. 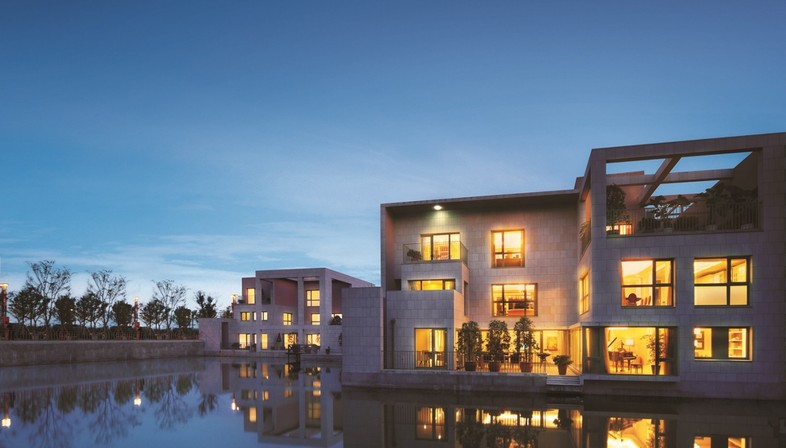 The projects on exhibit include the experiments of Gregotti’s early years, looking at the relationship between History and Memory, the issues he addressed in the 1960s, with his installation designed for the 13th Triennale di Milano and his housing cooperatives in Milan. Works of the ’70s include projects in Palermo’s ZEN district, and the universities of Florence, Calabria and Palermo; in the ’80s he worked on projects for European cities (residential buildings in Berlin, Belém Cultural Centre in Lisbon, the Bicocca project in Milan). This was followed by theatre projects (Teatro degli Arcimboldi in Milan and Grand Théâtre de Provence in Aix-en-Provence), stadiums (Barcelona, Genoa, Agadir and Marrakech) and urban projects, including, in the past decade, creation of the new city of Pujiang, near Shanghai. The exhibition is completed with a catalogue, published by Skira, containing contributions by Rafael Moneo, Joseph Rykwert and Franco Purini. 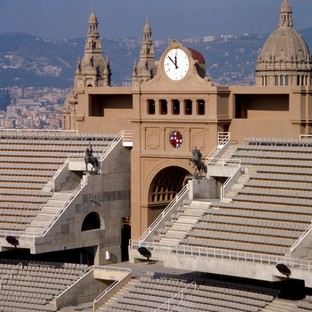 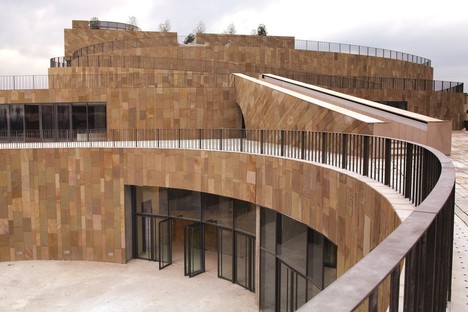 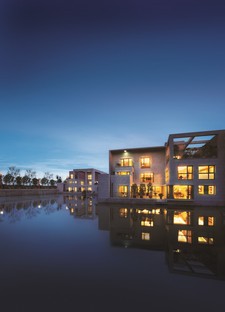 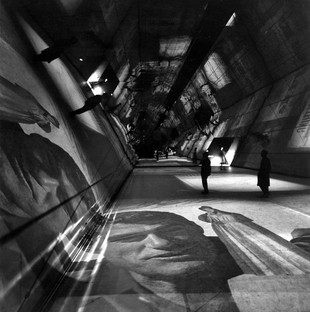 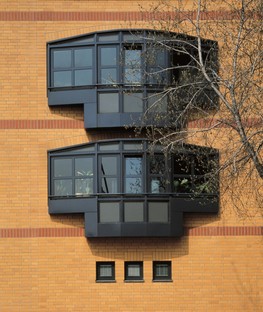 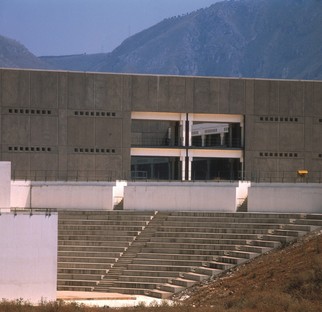