FirstCry Office by RIGIDesign: the cinema comes to the office

Kai Liu, head of RIGI Design, recently completed a film studio’s headquarters, drawing inspiration from the way the industry connects people, places and various stages in production, in a way completely different from the linear narration of a film. 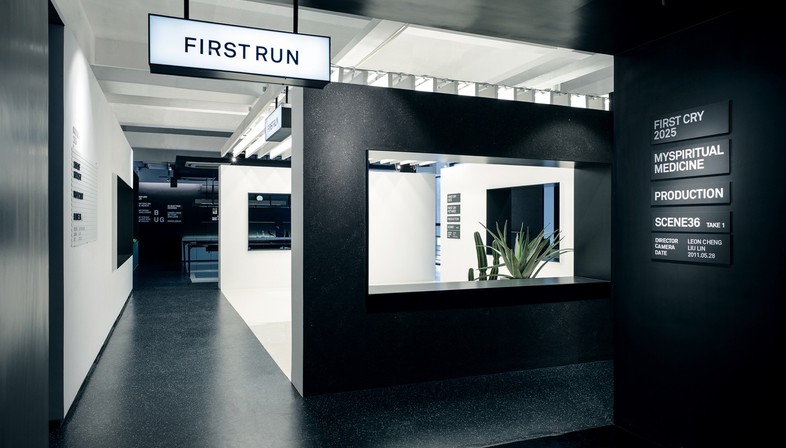 Kai Liu is Chief Designer at RIGI, a Chinese interior design agency. One of his most recent projects is the Shanghai headquarters of film studio FirstCry.

In the film industry, says Liu, there’s a strong sense of ceremony: from script to shooting, from screening to watching, everybody, from the director to the audience, has a specific role to play. All these people, places and stages in production are linked not by the film itself, but by the act of producing it. And so while the story told in a film is linear, its production is a complex system. 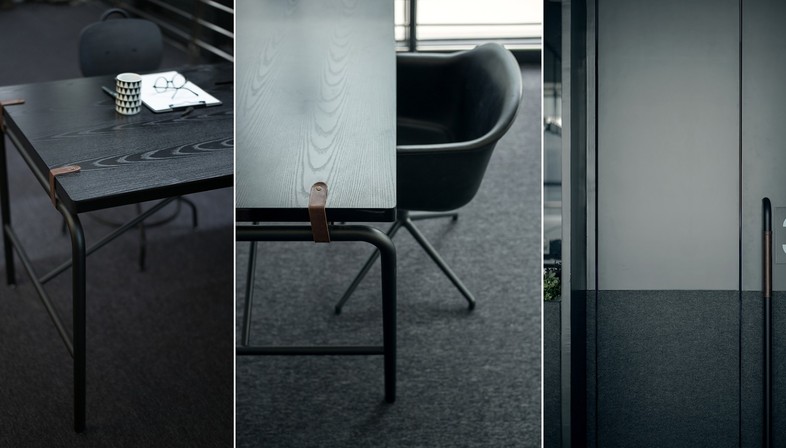 And so Liu proposed the idea of linking all the spaces with frames that have the same proportions as a screen – and his idea was accepted with enthusiasm. The result is a highly evocative effect of different levels, simplifying interaction between people. The choice of colours emphasises the duality of black and white, leaving it up to a number of details, such as light boxes and leather furnishings, to add the vintage touch that is always popular in spaces of this kind. 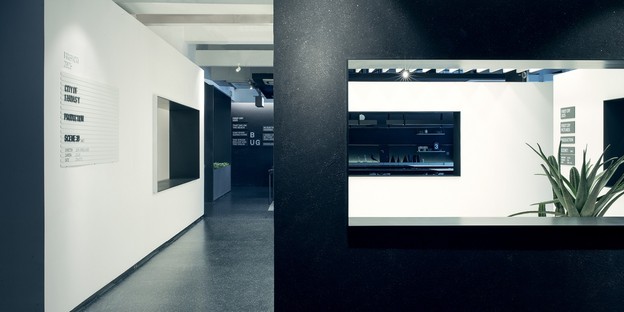 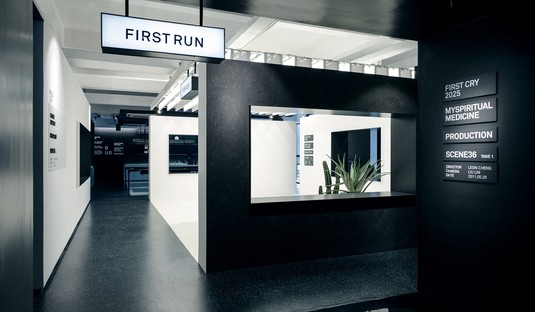 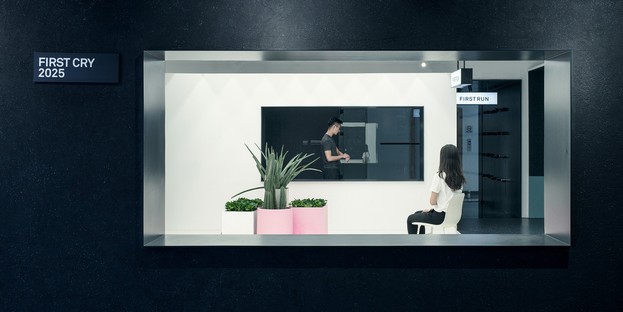 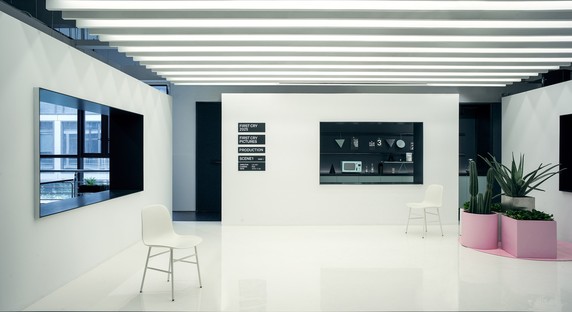 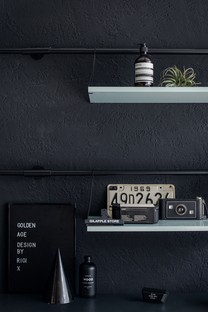 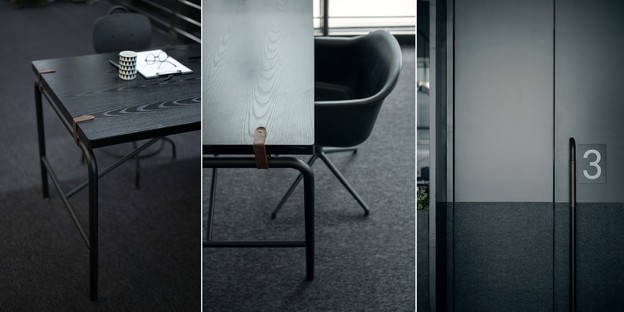 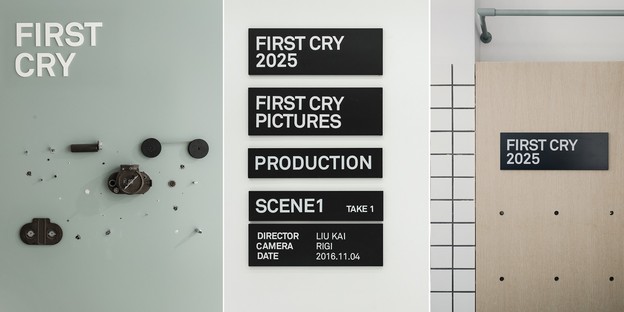