Feld72 Architekten and the nursery school in Valdaora di Sotto

White walls on the outside and wood on the inside characterise the new nursery school in Valdaora di Sotto designed by Feld72 to replace the existing nursery school in the town centre. Feld72 captures the architectural heritage of the Pusteria Valley and the region of Alto Adige in a functional, symbolic building. 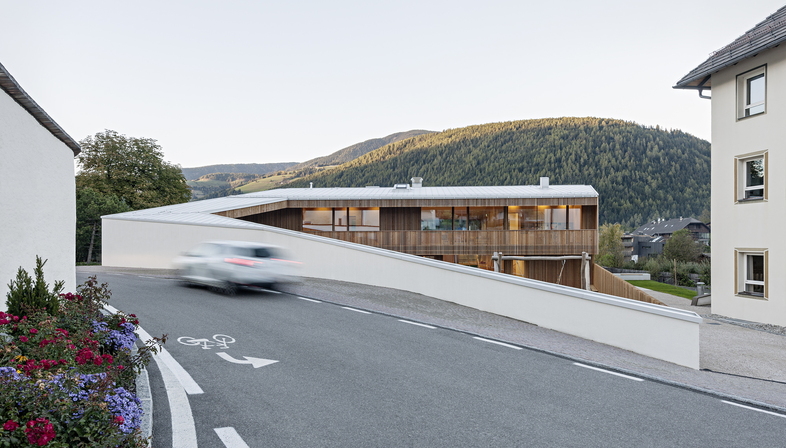 On the same site as the old nursery school in the centre of the village of Valdaora di Sotto, Feld72 has designed a new building that serves as a point of contact between the local construction tradition and the future. The village of Valdaora di Sotto, near Bolzano, has a road called Via Parrocchia running right through it, so that its curves embrace the town centre before it turns into Via dei Campi and leaves the village behind. This is the road where the village cemetery is located, as well as the parish church with its tall spire, the primary school and the nursery school, all close together, facing one another, as if they might determine the destiny of the village by rising proudly into the air.
The town authorities commissioned Feld72, a studio with experience designing school buildings, to construct a new nursery school that would solve a traffic problem ad ensure perfectly safe access for the village children.
The entrance to the existing preschool was right on the main road, set back from it on a small town square through which pedestrians reached the school door. Direct dialogue between the nursery school and the church was interrupted by a high white wall and by the road. This provided the starting point for designing a second boundary line, another wall painted white following the road bed on the opposite side, accompanying it right around the curve and sloping down with it. Leaving the existing paving stones in the sidewalk, this new wall identifies the land belonging to the nursery school, isolating this section of blind curve and taking people right to the private road and the new entrance to the school on its northern corner.
Thus boundary marker and architectural wall become a single construction, setting out from this node with a courtyard layout to the north, with classrooms on three levels, one underground and two above ground, the same height as the existing structure.
The white walls and the natural wood in the courtyard, both traditional finishes in the architecture of Alto Adige, create contrast and identify the outside and the inside of the building when seen from the street, distinguishing between its official face and the more intimate face of its architecture.  The southern façade, with its floor-to-ceiling glass doors on the ground level and balconies on the first floor, overlooks the green courtyard, slightly below street level. The northern façade repeats the rhythm of the old preschool’s big horizontal windows.
Inside, the layout is made flexible by sliding doors, with plenty of informal spaces to encourage free play and experimentation. 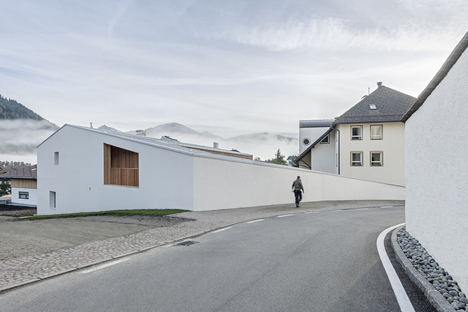 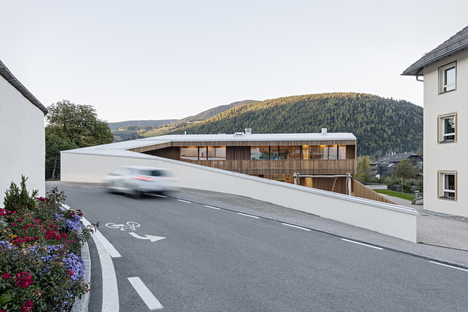 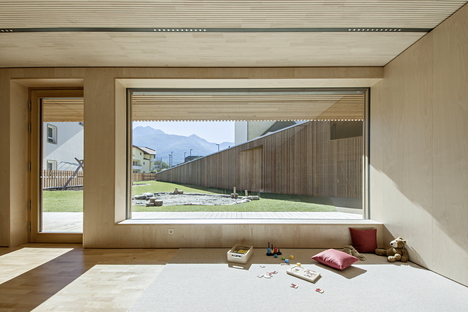 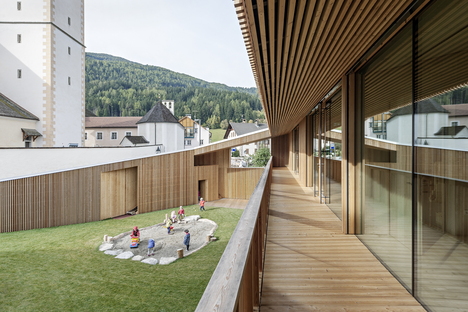 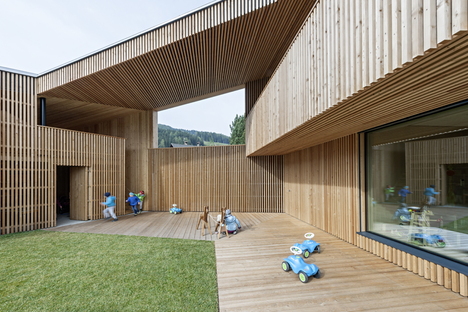 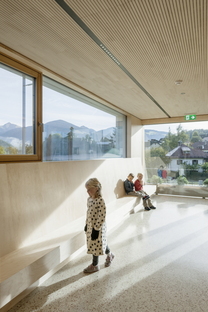 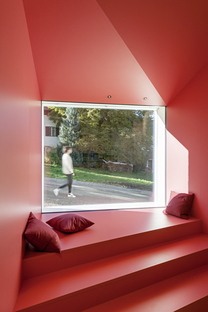 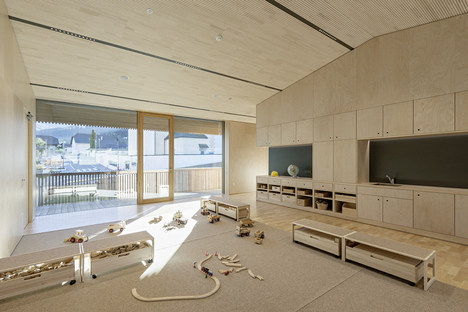 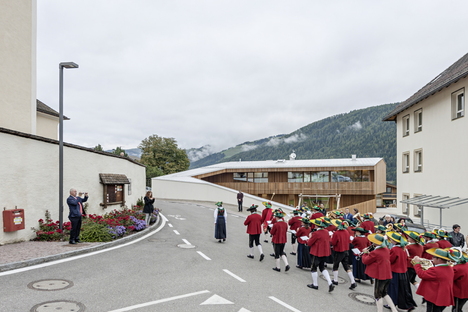 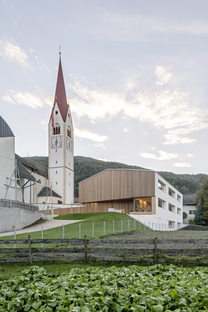 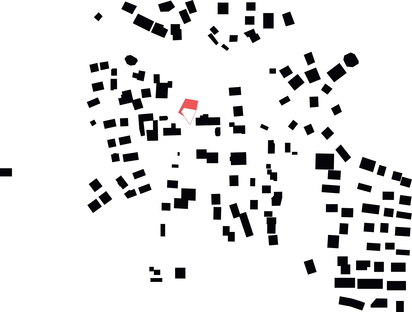 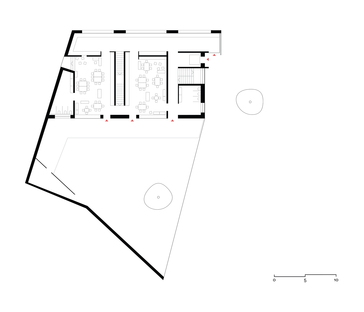 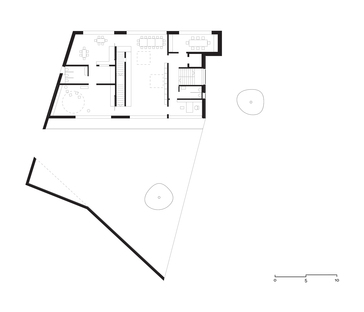 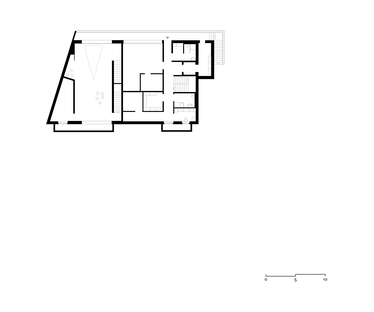