American architect Henry Cobb died on March 2 at the age of 93, just under one year after the death of his longtime partner, I.M. Pei. Cobb was considered as one of the great architects of our time, with the John Hancock Tower in Boston being one of the most famous works he designed in his long career. In Italy, with his firm Pei Cobb Freed & Partners, he designed Palazzo Lombardia, seat of Lombardy’s regional government. 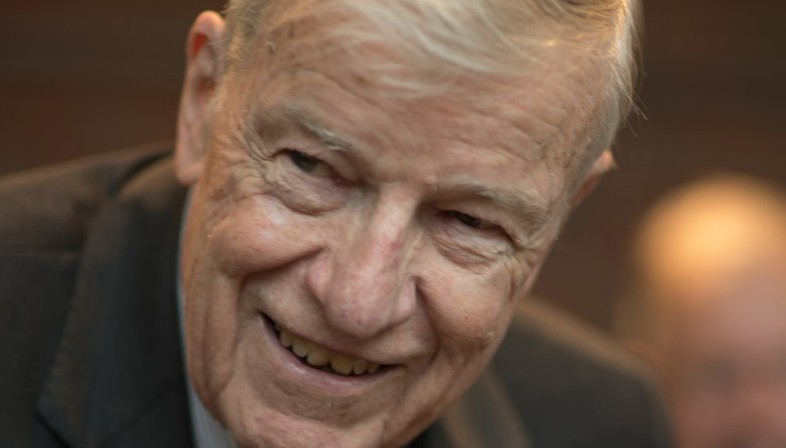 The John Hancock Tower, the tallest building in Boston since its construction in 1976, is one of the most celebrated works designed by Henry Nichols Cobb during his long career, the famous American architect and founding partner of the international architecture firm Pei Cobb Freed & Partners who passed away recently. The news was confirmed on the firm’s official website and was followed by condolence messages from institutions, architects and exponents of the international cultural community, included a tweet by famous architecture critic Paul Goldberger, who wrote: “Heartbreaking news. One of the great architects of our time, and a man of decency, generosity of spirit and eloquence that equalled his enormous talent. His quiet and understated manner made him even more unusual in the world of architecture”.
Henry Cobb was born on April 8, 1926 in Boston. He graduated from Harvard College in 1947. He went on to study at the Harvard University Graduate School of Design, which he completed in 1949. The same university where he met Professor Ieoh Ming Pei, who then became his colleague and partner, and where he returned in a capacity of studio professor of Architecture and Urban Design and chair of the architecture department from 1980 to 1985.
In his long life, Henry Cobb received many important recognitions including honorary degrees from Bowdoin College and the Swiss Federal Institute of Technology and Architect in Residence at the American Academy in Rome. He also became a member of important American institutions including the American Institute of Architects, the American Academy of Arts and Letters, the American Academy of Arts and Sciences, as well as academician of the National Academy of Design in New York, an association promoting fine arts in America.
He received many awards for his work as an architect and as a professor including the Arnold W. Brunner Memorial Prize in Architecture and the Topaz Medallion for Excellence in Architectural Education. Moreover, in 2013, he was the recipient of the Lynn S. Beedle Lifetime Achievement Award from the Council on Tall Buildings and Urban Habitat (CTBUH), a prize awarded to those who make an extraordinary contribution to the progress of tall buildings and urban environment throughout their professional career. Henry Cobb dedicated 70 years of his professional activity to designing skyscrapers, initially through the I.M. Pei & Associates architecture firm, founded in 1955 together with Pei and Eason H. Leonard and, later, starting in 1989, with Pei Cobb Freed & Partners, of which he was the last living founding partner. Architect James Ingo Freed died in 2005 at the age of 75, while architect Ieoh Ming Pei, died less than a year ago, in May 2019, at the age of 102. Pei was the studio’s most prominent designer and, in 1983, the recipient of the Pritzker Architecture Prize, considered as the Nobel Prize for architecture.
Despite his considerable age, Cobb had not yet retired from professional activity. The International African American Museum in Charleston, South Carolina, USA, is one of his ongoing projects, while in 2018 he published his only book Henry N. Cobb: Words & Works 1948-2018: Scenes from a Life in Architecture, offering a unique look at the projects carried out throughout the architect’s professional activity.
The long list of his works, as mentioned by the Council on Tall Buildings and Urban Habitat (CTBUH) during the Lynn S. Beedle Award ceremony in 2013 includes: Place Ville Marie, Montreal (1962); State University College at Fredonia, New York (1968); John Hancock Tower, Boston (1976); Portland Museum of Art, Portland, Maine (1983); Fountain Place, Dallas (1986); Graduate School of Management, UCLA (1995); John Joseph Moakley United States Courthouse and Harborpark, Boston (1998); ABN AMRO Bank Head Office, Amsterdam (1999); College-Conservatory of Music, University of Cincinnati (2000); Tour EDF, Paris (2001); National Constitution Centre, Philadelphia (2003); Centre for Government and International Studies, Harvard University (2005); Torre Espacio, Madrid (2008); Butler College Residence Halls, Princeton University (2009); Goldman Sachs Global Headquarters, New York City (2009). In Italy, he designed the Palazzo Lombardia in Milan completed in 2013, seat of Lombardy’s regional government. 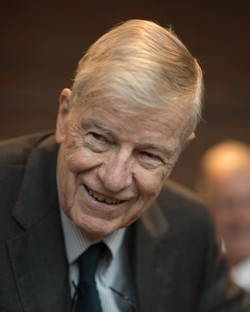 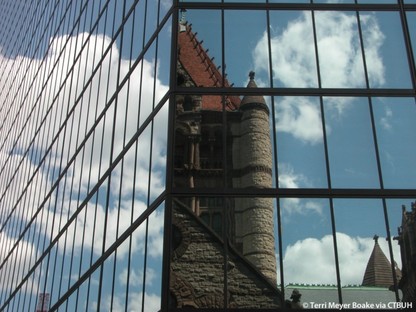 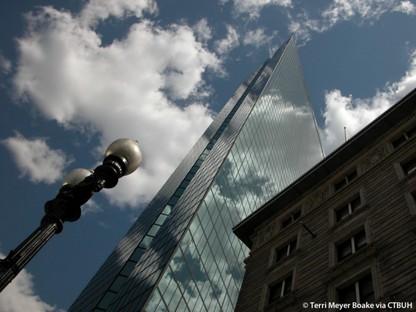 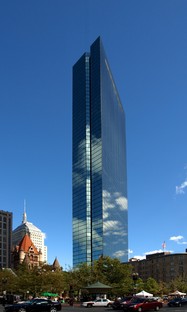 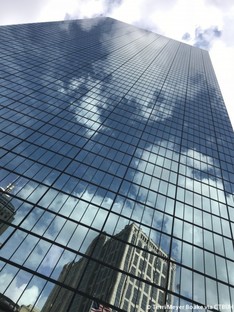 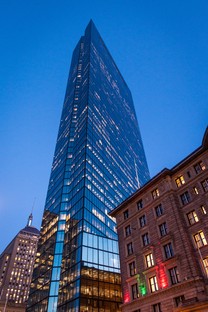 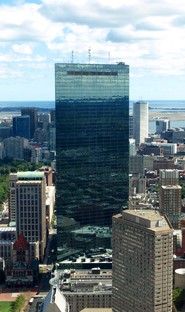 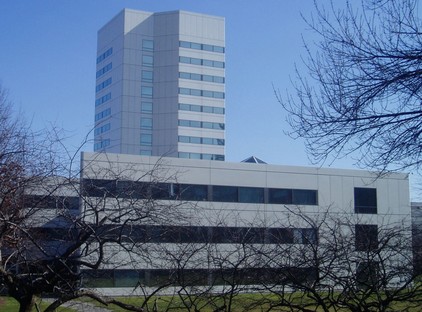 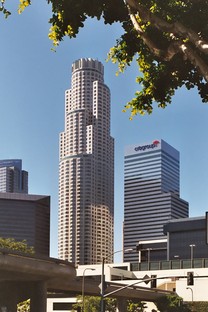 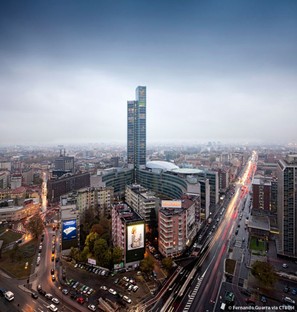 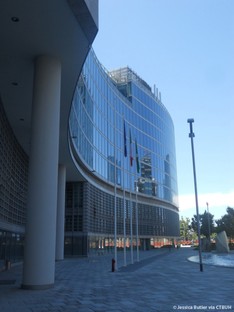 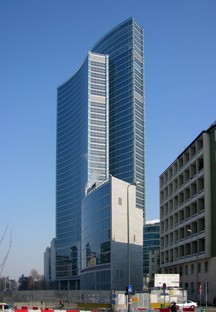 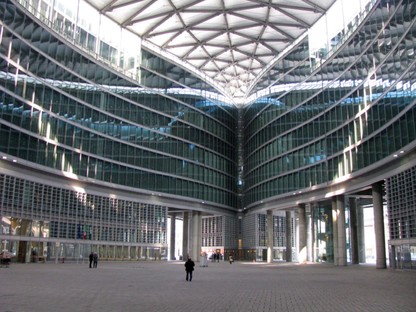 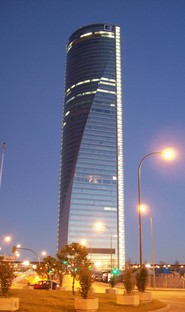