Sancaklar Mosque in Istanbul, Turkey, built by EAA-Emre Arolat Architecture and selected for the "RIBA Award for International Excellence" in 2018, offers a contemporary vision of the place of worship, radically altering the established traditions of the construction of the place symbolising Islam. 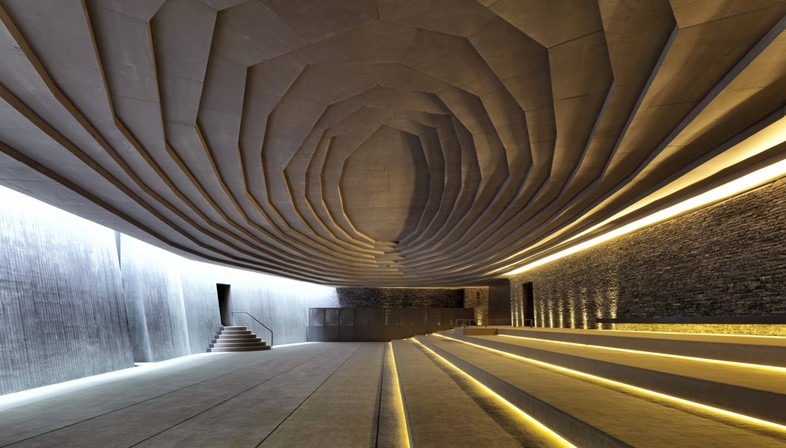 The Sancaklar Foundation commissioned EAA - Emre Arolat Architecture to design Sancaklar Mosque in Büyükçekmece, on the outskirts of Istanbul; the result is a contemporary space which is radically different from the traditional mosque, offering the faithful an evocative place that represents the true essence of a place of worship.
The Royal Institute of British Architects has awarded the project a RIBA Award for International Excellence 2018, a prize the British institution awards every two years, presented to twenty projects in 2018. Twenty constructions all over the world chosen as examples of outstanding design, architectural ambition and significant social impact. 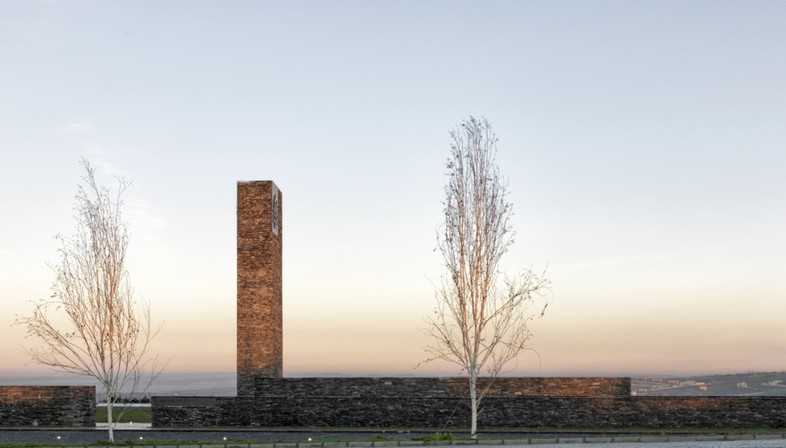 In this courageous project, EAA - Emre Arolat Architecture treated the spaces traditionally included in the mosque in an entirely new way, demonstrating that it is possible to go beyond conventions and give a place of worship a new form without threatening the beliefs underlying it. In this case they worked on a place of symbolic importance for Muslims, and once the initial resistance had been overcome, even the most conservative worshippers became proud supporters of the project. The building’s popularity among the Muslim community in Turkey has grown ever since, and Sancaklar mosque is now a popular pilgrimage destination.
The building stands in a green area surrounded by high walls, with a busy road separating it from the suburban neighbourhoods around it. The result is a clear boundary between the chaotic world outside and the serene atmosphere of the park, preparing visitors to enter the spiritual dimension of prayer.
The minaret, also interpreted in contemporary form, is the only element suggesting the presence of a mosque when seen from a distance. The architects made use of the site’s topography, building on the natural slope of the hillside, so that the mosque blends into the landscape around it and becomes a part of nature. The long platform roof extending into the park is the architectural element identifying the place of worship, accessed via a pathway that is difficult in some spots, with steps of rough stone and wild flowers.
Worshippers enter the prayer hall via a courtyard with a teahouse, a public space and a library. The presence of a low pool of water and the simple shapes of the space induce a reflective, calm state of mind, preparing worshippers to enter the prayer hall.
Nature is also evoked inside the hall. The architects drew their inspiration from caves, designing a simple space that goes beyond formal issues to strive for simplicity, a suggestive, evocative place where the faithful can gather in prayer or have their own personal dialogue with God. The Qibla, marking the direction of the city of Mecca, the direction in which Muslims pray, is identified by a wall with cracks that let the sunlight through and give the space a sense of directional orientation. As the Muslim faith does not permit all worshippers to enter through the same door, the architects have designed the hall on two levels. This allows the women to worship beside the men and in front of the Qibla while physically and visually separate, on a slightly higher level. The hall’s ceiling, with its deep concentric grooves, draws the assembly of worshippers back together to strive for supreme unity. 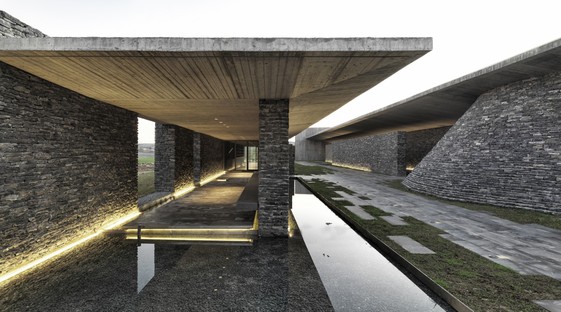 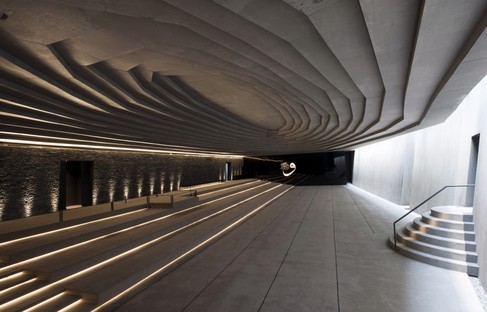