The World Memorial to the Pandemic designed by Gómez Platero has been named the winner in the "Monuments" category of the 2021 International Architecture Awards. The memorial is a public space in which to observe and reflect on life and nature; a monument which arises out of the contingent experience of the pandemic, but is not limited to it. The memorial reminds us all that we are not the centre of the ecosystem, and that our own lives are always subordinate to nature. 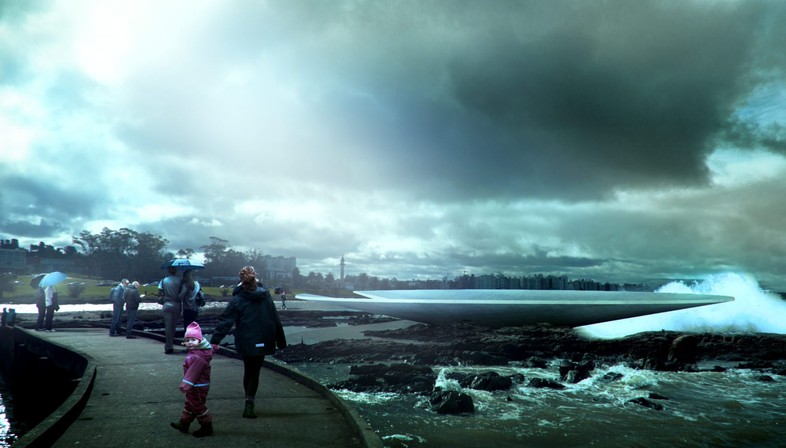 The "World Memorial to the Pandemic" designed by urban design and architectural firm Gómez Platero will soon stand in an isolated yet inviting and panoramic portion of the coastline of Montevideo, Uruguay . The project won the award in the "Monuments" category of the 2021 International Architecture Awards, the sixteenth edition of the awards presented annually by Chicago Athenaeum Museum of Architecture and the European Centre for Architecture Art Design and Urban Studies. The planned memorial is an elegant round structure with a base measuring 40 metres in diameter, connected to the land via a long walkway. The circle, selected for its great symbolic power, represents the sun, essential for all life on the planet, the cyclic nature of the seasons and of events on earth in general, but also the soul and immortality, harmony and perfection, the beginning and the end. In the memorial, the circle also becomes a symbol of global unity, representing a profound love of humanity.


Architect Martín Gómez Platero, director and lead architect of Gómez Platero studio, describes the memorial as a public space in which to observe and reflect on life and nature, a monument which is born out of the contingent experience of the pandemic, but not limited to it. The architect says it all began in 2020, when he needed to reorganise the way the studio worked because of the pandemic. Used to spending several hours of the day together, the team of architects had to come up with a new way of working separately, seeing each other only virtually for a few minutes a day. That was when they decided to work on a project together, a thought-provoking exercise in which the entire team of designers would work together across the physical distance. They all began to work on their own at first, then work together to optimise the proposal chosen as finalist. The result was a highly rewarding working experience, and a project that has won international awards.
In the memorial, the architects wish to remind everyone that we are not the centre of the ecosystem, but our very lives are subordinate to nature. It follows that an adversity such as the pandemic can become an opportunity to grow together, with a public space where people can get away from the reality of everyday life to reflect on their “place in the world” and how they interact with nature.

The memorial is an ideal bridge welcoming visitors to take them from the hustle and bustle of city life into the meditative serenity of watching the sea. The structure will be built with no negative impact on its surroundings, at no cost to the government; it will in fact be built thanks to private contributions, and is accompanied by a scientific studying demonstrating that it does not represent a short or long term physical or biological risk.
To prevent the construction from having an impact on the natural environment around it, the architects opted for a low-maintenance prefabricated structure of Corten steel, merely assembling components made in the workshop on the site. If necessary, the monument may be dismantled and reused or reassembled elsewhere, because the entire operation has been designed to be fully reversible, reflecting the ecologically conscious approach adopted by Gómez Platero in all their architectural and urban planning projects. 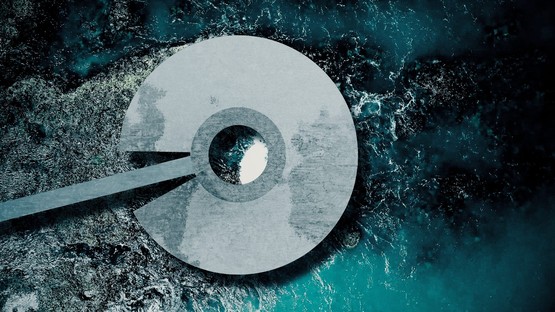 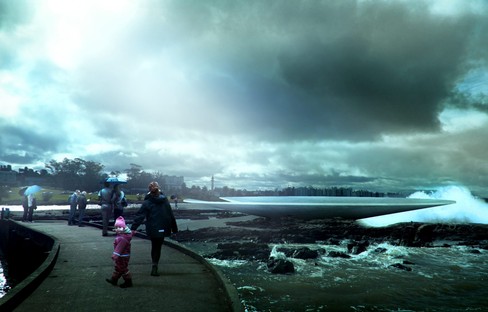 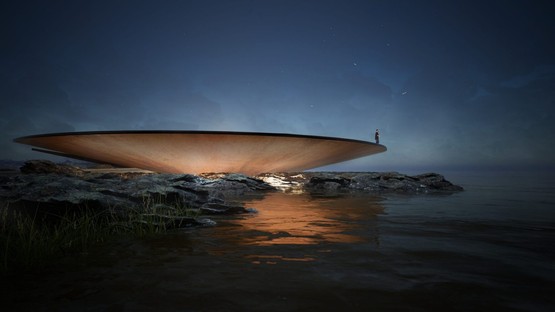 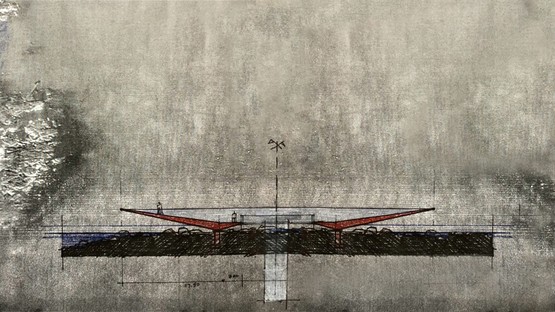