The new campus of the Shenzhen Institute of Design and Innovation, one of the future locations of the Southern University of Science and Technology (SUSTech), will be designed by Dominique Perrault Architecture + Zhubo Design Co. The project is part of the ambitious “Ten Cultural Facilities of New Era” programme that will give the Chinese metropolis ten new cultural buildings. 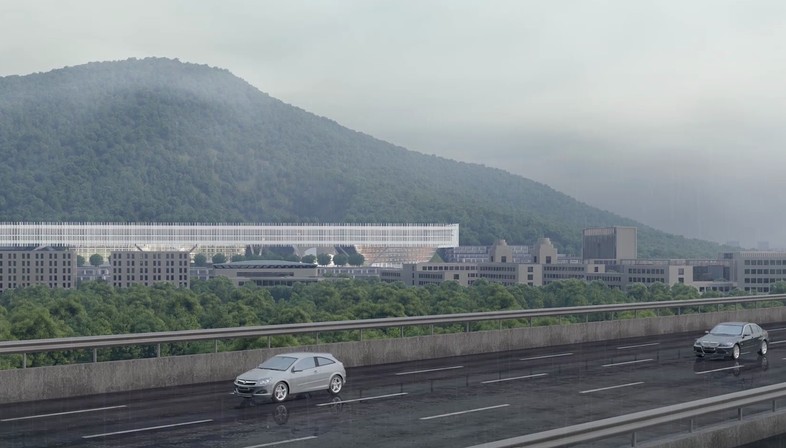 Ten new cultural buildings of various different kinds are to be constructed in Shenzhen in the near future to bring the Chinese metropolis into a new era. “Ten Cultural Facilities of New Era” is an ambitious programme conducted by the city government with the involvement of prominent architectural studios selected through international design competitions to build ten new buildings, including museums such as the Guoshen Museum by He Jingtang / SCUT, the Shenzhen Science & Technology Museum by Zaha Hadid Architects, the Shenzhen Maritime Museum by SANAA, the Shenzhen Nature Museum by B+H with 3XN and Zhubo, and the Shenzhen Art Museum by KSP Jurgen Engel + Zhubo, as well as cultural centres and theatres such as the Shenzhen Bay Cultural Centre by MAD + ECADI, the Shenzhen Opera House by Jean Nouvel and the Shenzhen Reform and Opening-Up Exhibition Hall by Sou Fujimoto + Chen Donghua. Culture also means education, as in the Conservatory of Music designed by Miralles Tagliabue EMBT and the new Institute of Design and Innovation campus by Dominique Perrault Architecture + Zhubo Design Co.

The site of the new campus for 4000 students, one of the new locations of the Southern University of Science and Technology (SUSTech), is on the outskirts of the city, in an area that has preserved a mainly rural character, extending along the relief of the Phoenix Mountain. The features of the land provided the architects with an important source of inspiration for the project. Dominique Perrault designed the new campus with a prevalently horizontal dimension to avoid tall landmarks that could visually “compete” with the nearby mountains. Inspired by the Chinese character “—", recreated on a large scale, the new campus fits harmoniously into the landscape to become a landmark evoking an ideal horizon line. The main building will be constructed like a big bridge, more than 700 metres long, suspended from the ground. The project as a whole is designed to permit highly flexible use of space for adaptation in response to possible future development of the campus. The distribution of functions will be arranged around two main elements, two routes on different levels: "Hyper-Ground" and "Hyper-Roof". The former is a long pedestrian path underneath the entire suspended volume of the main building, the most important axis for circulation on the campus, designed as a platform hosting or providing access to various public spaces and activities. While Hyper-Roof is, of course, on the roof, a panoramic walkway raised 50 metres above street level, arranged like a big garden with various different sectors, on a green roof that will make a valuable contribution to insulating the building and collecting rainwater.
The campus also includes student and faculty housing, organised into "villages": groups of residential units set in the landscape and inspired by the composition of traditional Chinese homes, with green roofs ensuring that they fit harmoniously into the landscape. 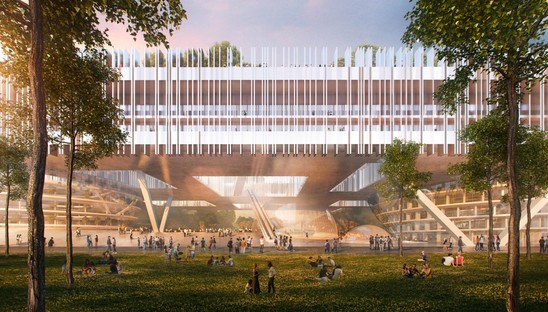 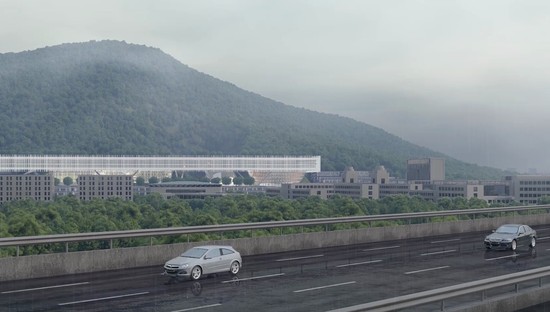 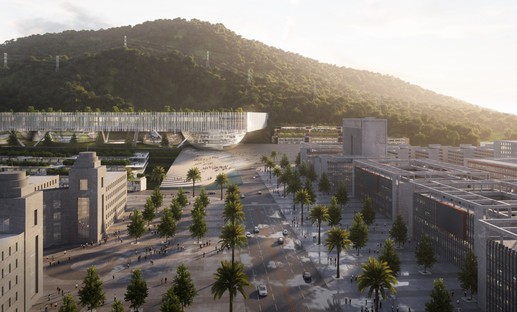 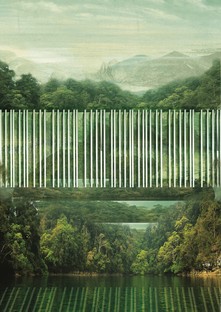 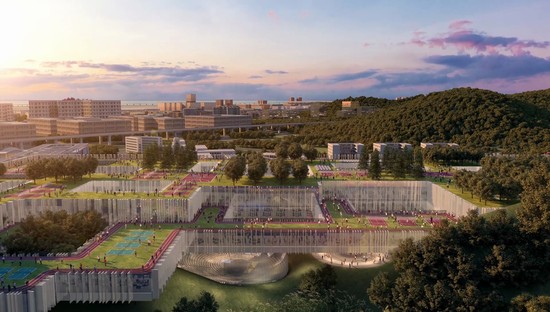 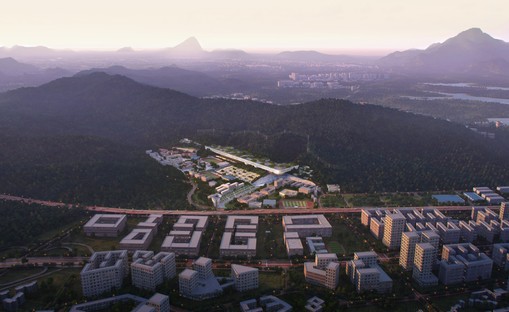 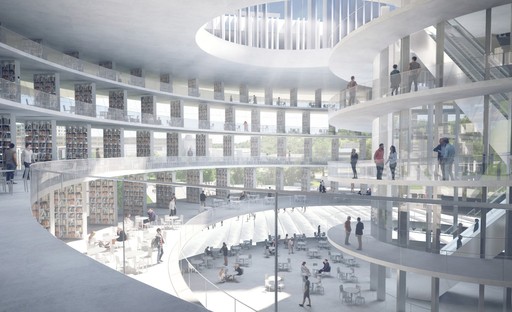 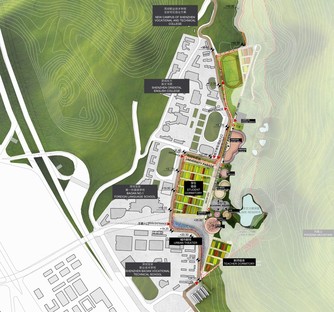 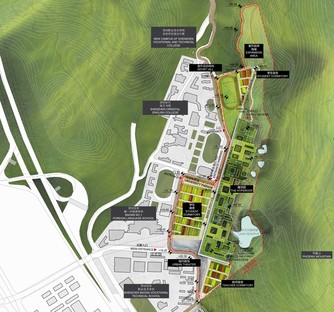 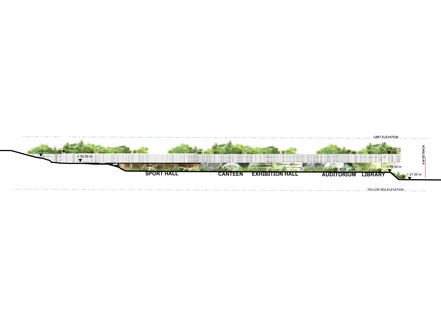