The new media library in Pélissanne, in the heart of Provence, is an interesting and recent project designed by the Dominique Coulon & Associés firm. The project consists in the renovation and extension of Maison Maureau, a residential building built in 1642. The intervention also includes work on the park and the enhancement of the urban path for accessing the building from the nearby square. 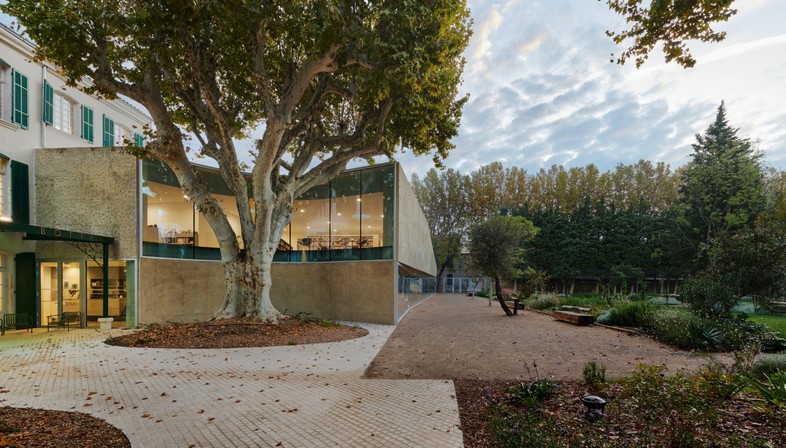 The Dominique Coulon & Associés studio designed the new Pierre Bottero media library in Pélissanne, an ancient fortified city in the heart of Provence.
The project is an interesting renovation and expansion of a residential building, Maison Maureau, built in 1642 in the beautiful and green context of the park located inside the fortified urban centre. 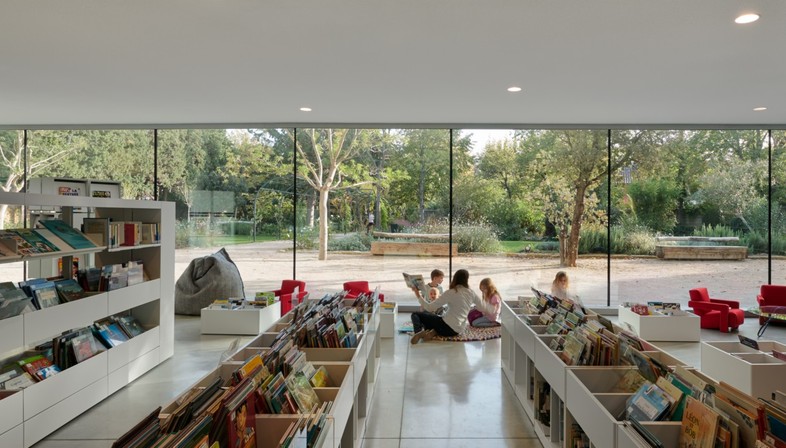 Pélissanne is one of the five municipalities that are part of the Massif des Costes or Chaîne des Côtes plateau, in the heart of Provence, between Salone-de-Provence and Aix-en-Provence, 55 km from Marseille. The ancient city experienced an important period of urban growth in the 16th century, thanks to the development of its agriculture sector. During that period, the city centre became a residential neighbourhood that also saw the construction of many "hôtels particuliers", typical large French buildings with a ceremonial courtyard in front of the main entrance and a garden at the back. One of these buildings, Maison Maureau with its park, was chosen as the location for the new public media library, named after French writer Pierre Bottero.
Indeed, the project designed by the Dominique Coulon & Associés firm became part of a rich context, both from a historical, as well as a landscape point of view. The renovation and expansion of the historic villa also corresponds to work on its park, carried out in such a way as to respect both its identity and its new public destination.
The project is a continuous game of balances and elements interacting with one another. The villa and its extension are not only two buildings from different periods and in apparent contrast with each other, but also two volumes connected by a harmonious composition. The first is characterised by a predominantly vertical development, while the second is horizontal. The architects, nevertheless succeeded in giving shape to the new design while respecting the restrictions imposed by the context. The original structure of Maison Maureau was preserved, while interiors were reorganised in a simple and functional way to house the media library, always respecting the integrity of the noble rooms involved in the careful restoration. The extension work, characterised by clear contemporary forms, involved part of the park, respecting the existing trees and the height of the buildings located on the park’s outer limits. This new volume curves to accommodate the majestic plane tree dominating the garden, enhancing its role as an architectural element. The large and flexible indoor spaces distributed on two levels open towards the park through large windows. Thanks to the floor-to-ceiling window on the ground floor, users have the feeling of reading while being immersed in the surrounding landscape. The upper floor, on the other hand, offers a different experience. Through the curved glass window, the media reference spaces become part of the large crown of the plane tree. Following the media library project, the municipality of Pélissanne entrusted the Dominique Coulon & Associés studio with a new task aimed at consolidating the role of the media library and its park at a urban level. The architects renovated a building to transform it into a connecting element between the town square and Rue Pelletan, a street which leads directly into the park. The architects emptied the building completely, keeping only the external walls and replaced the original roof with a glazed one. The result is a space flooded with natural light, which formally introduces passersby to the park's green entrance right from the town hall square. 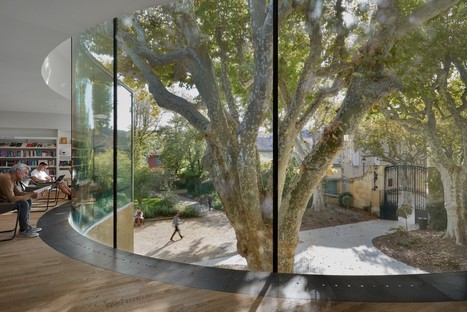 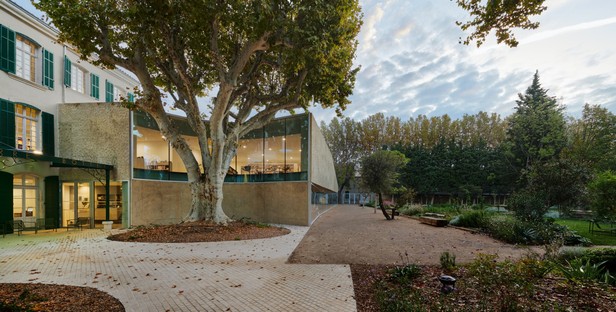 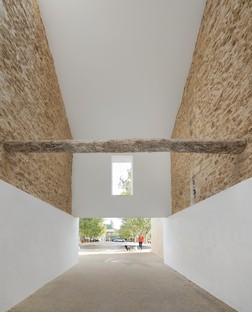 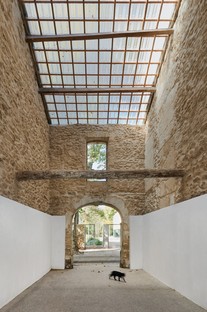 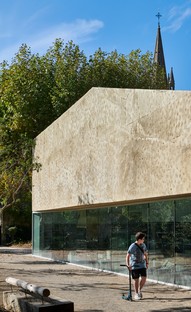 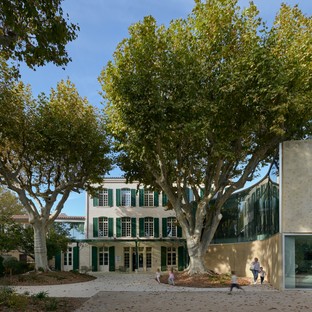 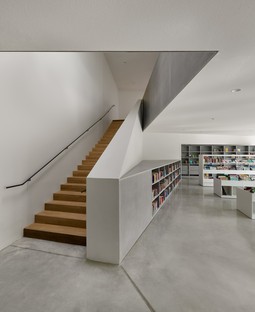 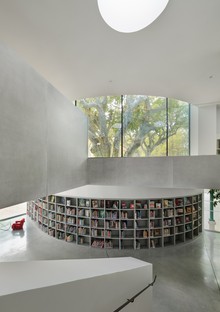 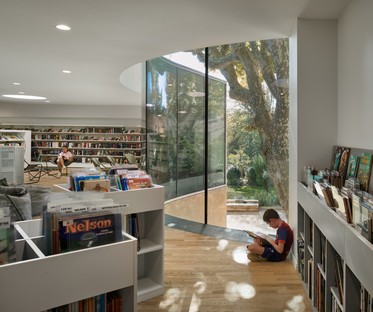 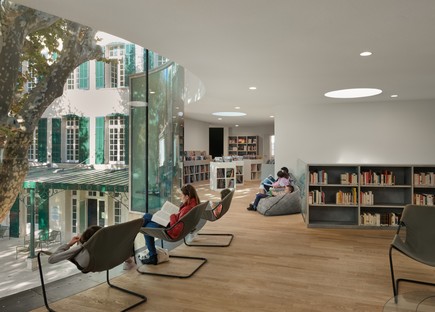 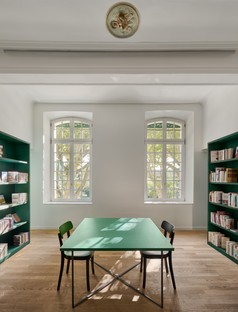 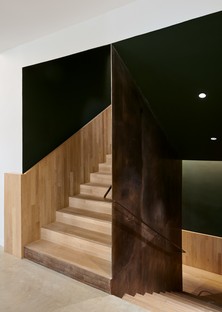