An architectural work, when expresses a polyphony of aspirations, can develop into an event, into a process of constant evolution. This is how a strong connectivity between architecture and community sparks. 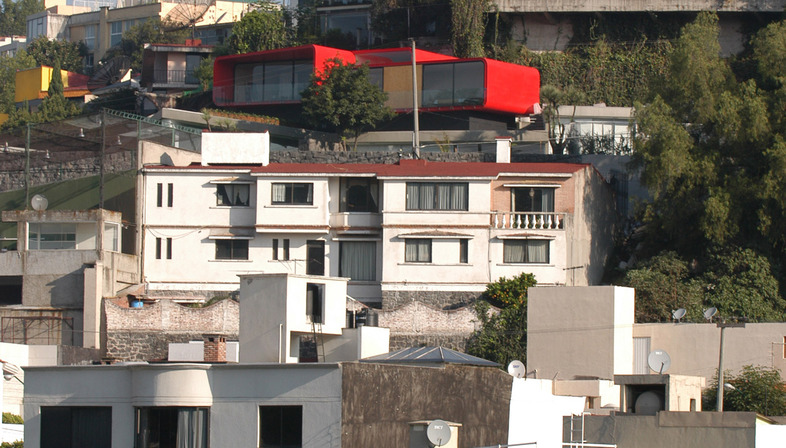 In an increasingly automated city, where technology is replacing a large part of human contribution and virtual reality is prevailing over physical contacts, how can we safeguard the connectivity that links individuals of a community? I am not referring to the type of connections that the Internet network guarantees, rather, to those interactions we create and then gradually consolidate, by collaborating on projects together, participating in public events or taking advantage of opportunities that the city offers. I am talking about containers and buildings that are conceived to help challenging conditions to provoke participation, and green spaces, partly dedicated to public parks, partly to sporting and cultural events, able to gather groups. Aware of the risk of digital dominance, we must find a way to protect the relationships that compose the weave of the social fabric.

I recently read the article of an architect who speaks about segments of the urban warp lacerated by the virtual exchanges that overcome the physical ones, and facing this alarming situation, proposes as remedy “to design for 'other' things to happen”. The architecture he intends to realize should be able to stimulate and nurture, as a detonator, the participatory involvement that is gradually fading and gradually being lost. Advocate of this recovery of sociability is Michel Rojkind. Mexico City-based with his studio, he claims that technological innovations, digital fabrication and computational design are very useful, irreplaceable supports, which he does not reject, but, reflecting on the actual reality, he adds that it is wrong to annihilate those relationships between individuals, which are the cement and soul of an urban agglomeration. Without denying technology, people should be aware of the importance of being an active part of the structure that is their own city, possibly, feeling gratification for what they will have the opportunity to achieve.

If we plan everything perfectly, precluding citizens the pleasure of contributing, even doing mistakes, for a common good, making them feel useless in their efforts to improve their enclave, could arise the same situation that happened in New York around the 1950s, when were undertaken urban renewal policies, which, according to Jane Jacobs, destroyed communities and created isolated and unnatural spaces. The American-Canadian journalist, who devoted herself to study problems related to urbanization, supporter of a design approach based on community involvement, in her essay, ‘The death and life of the great American cities’, a classic of urban sociology, which has always seen an array of defenders and opponents, warns us about the danger of an excessive centralized planning. She tells us about a group of buildings created precisely in New York, around a large square, with the aim of encouraging socialization among the inhabitants, where, in the end, no one ever went to live. Promoter of the restoration of urban centers on a human scale, she celebrates the diversity and complexity of mixed-use neighborhoods, as guarantors of revitalization and a mutation made of spontaneity and participation. The paradigm that she used to explicit the specific situation of New York, is clearly referred universally. Jacobs’ precepts are based on the idea that cities are living beings and ecosystems, whose liveliness depends on the polyphony of voices, which must all be listened to develop a sense of responsibility and awareness. If each member feels empowered, invested with the trust granted to him, he will feel an integral part of his city, certainly more involved in its future.

Coming back to Rojkind's considerations, we can read affinities with the theories defended by Jacobs, especially when he suggests to invite ordinary citizens in the construction of artifacts destined especially to public use. An opportunity that, according to him, could result extremely helpful as sharing this experience would generate a feeling of pride. The choral efforts for a common enrichment would develop a deep sense of belonging. "If we engage people and expand their curiosity, we mobilize a powerful force for change and civic vitality," says the architect and continues by declaring that craftsmanship, a particularly valuable aspect of work, could be the most effective way to help this transformation, as it "slows things down while increasing the intelligence of the whole". By using architecture as "a platform for social reconstruction", unexpected outcomes can occur, as he has often obtained in his projects. 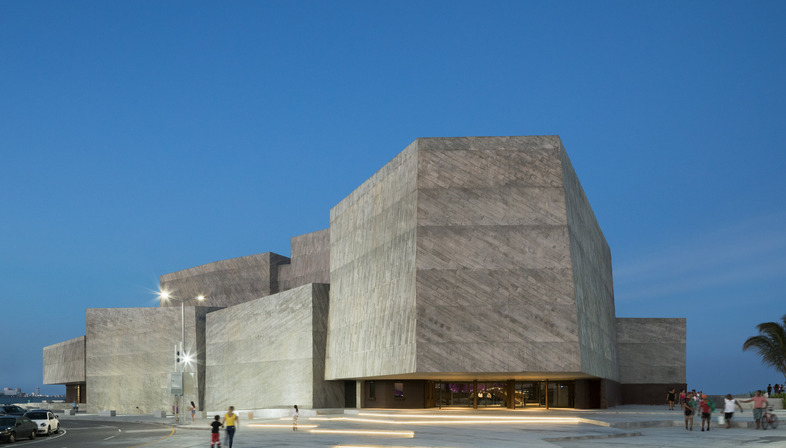 Speaking from an aesthetic point of view, we can hear the music that emanates from crafts, for example in his project, the PR34 House, where for the realization of the metal seamless finish of the facade has been employed a group of workers from a body shop repairing wrenched cars along the street. The skills of these men, without any specific qualification, have conferred to the job an extraordinary lightness, in the words of the designer, not absolutely comparable to the result he would have had, using standard industrial panels. These men perfectly managed to transmit with great sensitivity the vision that was at the basis of his concept: "two elegant structures interacting effortlessly like dancers". A very appropriate result, considering that the house belonged to a woman passionate for dance. Manual work, that has nothing to do with computer programming, can still be found in places like Mexico, where segments of the population are separated by large economic gaps and people are closely connected to their traditions. Even in the capital it is normal to come across, practically in every corner, someone who, without any artistic training, improvises, according to his taste and skills, creating from nothing or very little, expressing his colorful and imaginative culture. 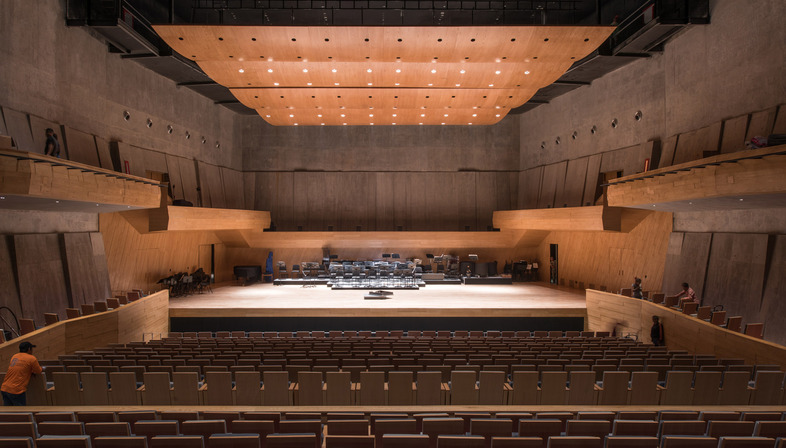 These free expressions suggest worlds, not yet entirely controlled by the myth of infallibility and perfection, where does not always dominate a construction industry that refuses indeterminacy and does not accept access to the construction phase without first checking and simulating everything down to the smallest detail. It is not fair, I have to admit, to let ourselves be nostalgically transported against the current, refusing a technology that ensures we save time and money, allowing us to do excellent jobs without surprises, but it is also true, perhaps from a romantic point of view, that when an artifact reveals, evident traces of those who have cooperated for its construction, I intend not the signs of the sophisticated work of engineers and specialists’ teams, it will be distinguished by a type of beauty, more imperfect and poetic, becoming the testimony of a precious human heritage. Fatigue, love, interaction, the synchronism of many hands, which have tried to give the best of their contribution, are the important ingredients that tell its story. It is a bit like when an artist walks for miles through an extended natural landscape, leaving visible the path he has left behind: his effort remains a tangible, discreet testimony, which does not bring any destruction, if not a temporary transformation that will be erased by time. Exist works that accept imperfection, helping to understand the reality of a world that evolves, alternating phases of growth and destruction. "A line made by walking", by Richard Long, famous representative of Land Art, clearly expresses this concept of presence in absence. It is an acceptance that, far from ambitions of control, typical of certain demiurges of the contemporary, intends to make us reflect on a life cycle based on a stratification of time frames, that allow man to leave a testimony of his creativity and then disappear, leaving a proof of their existence only in photographs and history books. 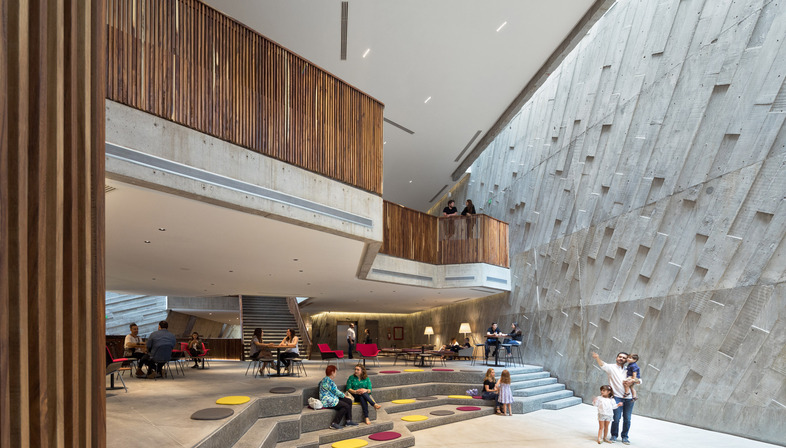 Leaving aside these considerations, Rojkind, highlights that the attempt to achieve something to be proud of and make the citizens proud releases a very strong energy. When the community becomes involved in the creation of an architectural entity, the bond that has been established is particularly deep; it is similar as when is set up a table for a banquet to which everyone, without limitations, could access and sit, enjoying the opportunity for conviviality. Everyone will participate with pleasure and the festive atmosphere will be saturated with joviality. Foro Boca Concert Hall in Boca del Río, Mexico, is a very successful example of amalgamation between the innovative, new cultural center, home to diverse series of events, festivals, musical programs and workshops for young people, the degraded urban area that has seen an important intervention of revitalization and the work contribution of the local community. The whole complex, planned with great respect for the site, naturally evolves, adapting organically to the context, blending both the languages through materials that preserve this continuity. The granite paving surrounding the Forum invades the interior without interruption while the concrete envelope of the cube-like volumes, which have been stacked and evoke the rough blocks of the pier, will over time be covered with a patina that will give it a sort of camouflage with the rocks of the nearby cliff. A tribute to the creative versatility of local craftsmanship has been payed through a rhythmic interplay of protrusions and recesses that, imprinted on the skin of the concrete panels, creates an interesting alternation of lights and shadows. The interior develops through a series of compressions and expansions, double and triple volumes that allow the succession in dynamic fluidity of different spaces, accessible to the public. An external square, conceived as a pulsating completion of this heart of city life, extends the events that take place in the main internal hall through audio-visual projections, allowing to share the most crowded concerts. The complex has seen its attraction grow over time between the locals who have adopted it not only as artistic and musical center but as a meeting and entertainment reference point, stopping by and walking towards the sea with families, children and friends, at anytime of the day. The author of the work has been able to find an idea and propose a reality that the population felt the need for: the value of a meaningful experience has transformed the project into a catalyst for interactions and exchanges. 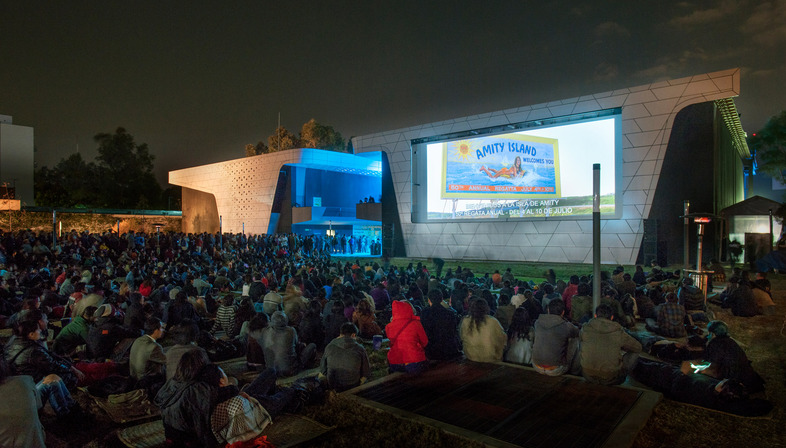 It is not the first time that Rojkind has provoked an enthusiastic mass participation, even with the Cineteca National, he has shown to anticipate, regardless of the perplexities of the government authorities, the urgent necessities of a large audience. In addition to the expansion and renewal of the existing complex, which was the only intervention required, he proposed and then created an unrestricted public space, a sort of outdoor amphitheater for events and projections, surrounded by greenery. The initiative, welcomed with great enthusiasm, sees an overcrowding of children and adults, without distinction of age, rotate uninterruptedly day and night, not only on occasion of cinema events.

Both situations, which triggered a spontaneous, massive response, clearly indicate that the Mexican architect, in a preliminary phase, makes use of an indispensable ‘dyagnostic design’, investigating with attentive sensitivity aspirations and needs of a constantly evolving society. It would be nice if an architect, emulating what Rojkind usually does, walking along the streets, curious and eager for casual encounters with people, started a conversation with them understanding what they expect and love, and then, remembering their voices, their frustrations, keeping alive these dialogues, tried to realize a collective dream. The result would be surprising not only from a human point of view but also from an architectural one: it would confer an added value, which should be the architectural essence. In urban centres such as Mexico City, this contact with people is certainly easier, but even in large metropoleis of Europe and the world, moments of great intimacy can be extrapolated and lived relations and exchanges able to make us understand what urgent necessities must be fulfilled. 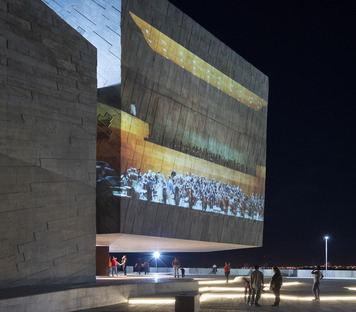 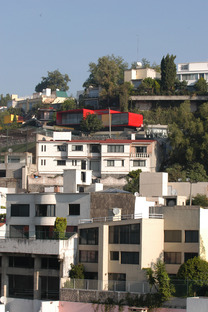 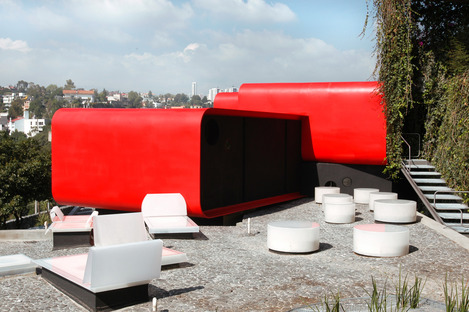 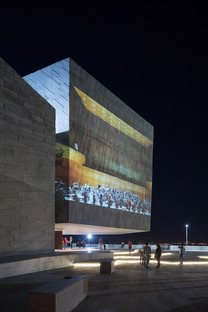 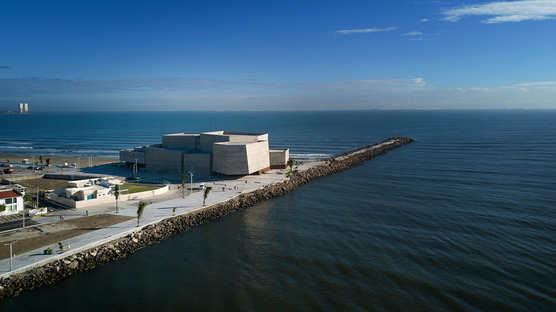 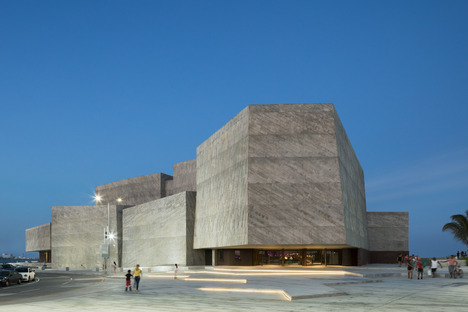 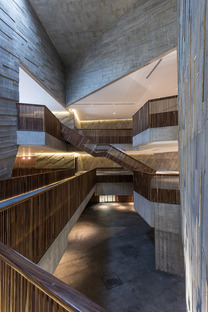 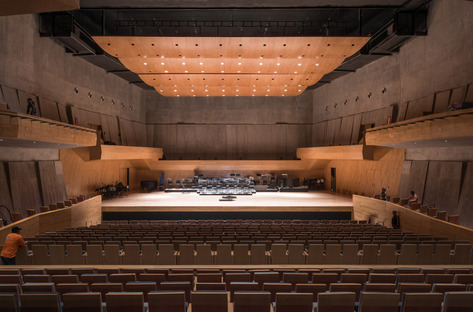 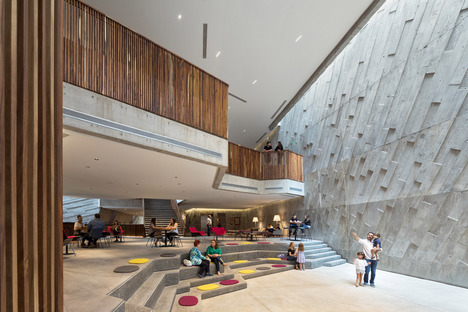 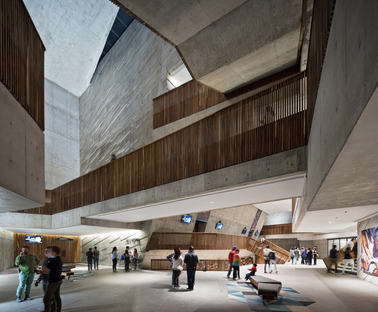 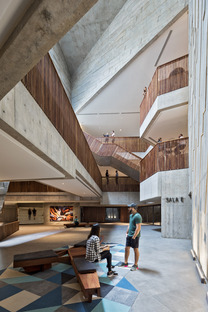 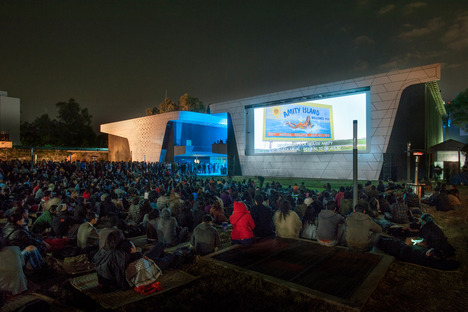 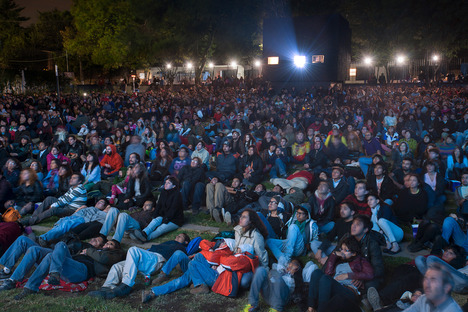