David Chipperfield Architects’ London studio recently completed a residential construction at 11-19 Jane Street, New York. The six-storey red brick building includes two duplex townhouses, apartments and a penthouse with a roof garden, in a project inspired by the architecture of Greenwich Village that reinforces the identity of this historic neighbourhood. 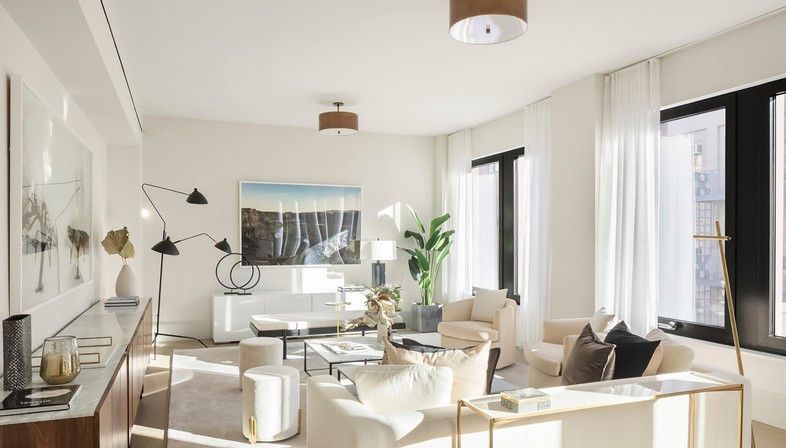 David Chipperfield Architects recently completed a residential complex at 11-19 Jane Street, on the northwest edge of New York’s historic Greenwich Village. The neighbouring buildings include both 19th-century red brick townhouses and 20th-century apartment blocks; in this densely built area, the architects worked on a site previously occupied by a two-level parking garage built in 1920, which was lower than its neighbours, interrupting the street front of the residential buildings. The architects’ approach was inspired by the need to restore the unity of the urban fabric, working on the spatial layout of the new complex first of all, mediating between the different scales of the neighbouring constructions to establish a sense of place and a relationship between the domestic environment and the world outside. In this way, the new residential complex fits into the scale of the street front and reflects its architectural context, making a positive contribution to the local environment.
David Chipperfield emphasises how the need for integration into the immediate urban surroundings on Jane Street inspired a project that reinterprets the materials and forms of expression characteristic of the distinctive residential architecture of Greenwich Village Historic District.

The new building has six levels, including a basement garage, with duplex townhouses, apartments and a penthouse with its own roof garden. Both the roof garden and the back garden are designed by Belgian landscape architect Peter Wirtz to ensure that all the apartments enjoy a visual connection with nature.
The building’s five floors visible from street level offer a contemporary interpretation of the brick townhouses lining the street. The façade with its brick texture and the rhythm of its windows determines the character of the complex and ensures that it fits harmoniously into its urban environment while underlining its identity. The composition of the façade is symmetrical, with the entrances to the townhouses on either side and a larger, double entrance to the apartments and the basement garage in the middle. The windows differ in the different types of units; the duplex townhouses have balconied French windows, while the apartments on the two upper levels have large windows divided by red concrete mullions, and the penthouse is set back from the level of the façade.
A number of elements and solutions adopted in the project refer to the characteristic residential architecture of West Village: the red concrete ground floor giving the building a sculptural presence, the rhythm with which the windows are repeated in the brick texture of the upper levels, the presence of mullions and stringcourses on the façade, the colour chosen, and the subtle variations in different materials, all help to reinforce the neighbourhood’s historic identity. 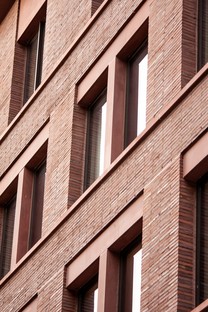 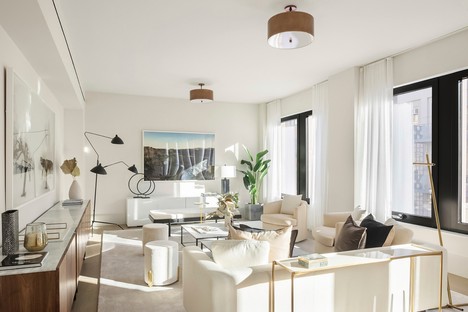 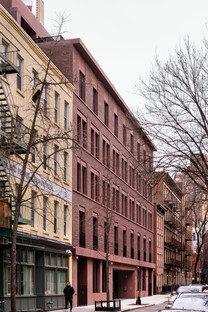 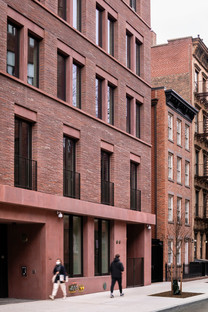 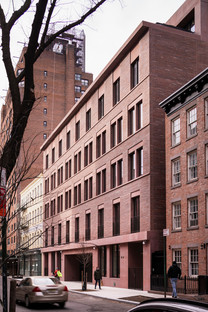 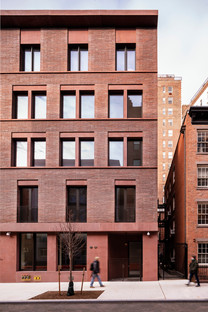 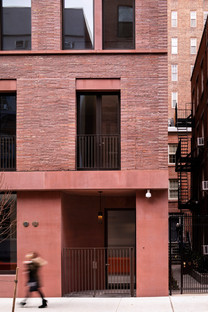 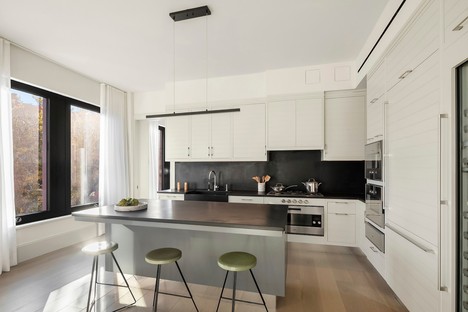 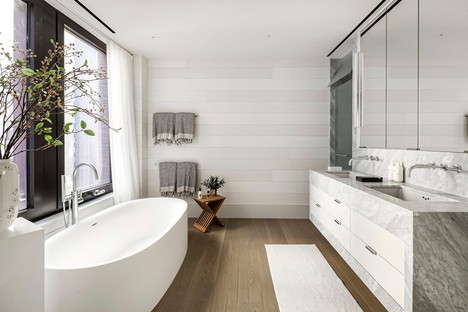 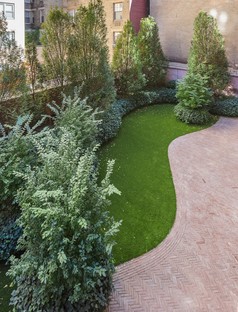 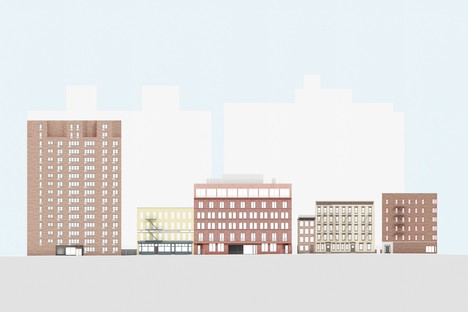