Zwin Nature Park in Belgium now has a new centre for the protection of species and bio-diversity. Coussée & Goris architecten designed a visitor centre, stations for observation of flora and fauna in the park, and service areas. 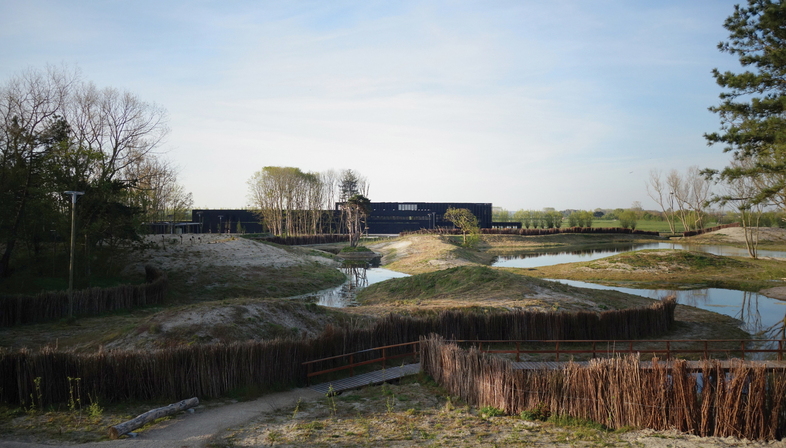 Coussée & Goris architecten’s project for Belgium’s Zwin Nature Park in collaboration with GAFPA bureau voor architectuur en stedenbouw incorporates a number of different elements: valorisation of the landscape, a visitor centre, an exhibition project, cabins and a centre for observation of park flora and fauna, maintenance services and a home for the park custodian.
On the eastern end of the Belgian coast, on the border with the Netherlands, is a very important nature reserve, Zwin Nature Park, a swampy hollow directly connected with and occasionally invaded by the sea. The beauty of the place lies in the variety of different environments it contains, from brackish waters to expanses of mud flats and salt marshes which are home to a variety of bird species, such as sandpipers, geese and stilts. The park is well-known for its centre for treatment of wounded animals and its stork repopulation centre. The project by Coussée & Goris aims to increase awareness of these issues by opening the park to visitors and allowing them to view animal species close up in their own habitat.
Coussée & Goris’s project is the result of intense observation of the natural landscape in terms of directions and routes, perspectives and observation points. The linear nature of the forms of the built elements is the direct result of the gradual slope of the land down to the sea and the subtle modelling of the malleable muddy earth by the action of the tides. The intention is to achieve continuity between nature and constructions, rather than just superimposing the man-made on a delicate, precious environment, and to work by building walls, straight walls and straight lines that look as if they were built for defensive purposes, creating shelter from the sea breeze to allow visitors to enjoy the view in comfort, in small areas which are isolated from the outside world.
The visitor centre, the first and most complex of the buildings, is made up of 4 rectangular volumes horizontally translated in relation to one another so as to form artificial barriers on the basis of the concept set forth above, each of a different height. The central core is a concrete structure cast on site, while the other volumes have frames consisting of glulam beams and columns with diagonal uprights, around which the exhibition route is organised. All the frames and outer cladding are made of dark Douglas fir wood, a material which is natural but also very uniform, seeking not to blend into but to establish a distance between the architecture and its surroundings. The vertical rhythm of the Douglas fir boards contrasts with the bold horizontality of the architectural blocks, breaking up the volume. The centre includes a reception area with a coffee shop, exhibition halls, areas for employees, conference halls, and a viewpoint from which to observe the park.
The inspiration from military fortifications appears strongest in the observation centre to the north, overlooking the sea, with offset concrete walls recalling bunkers, and in this case they convey an idea of progressive distancing (or approach, depending on the point of view) of man in relation to the environment and vice versa. 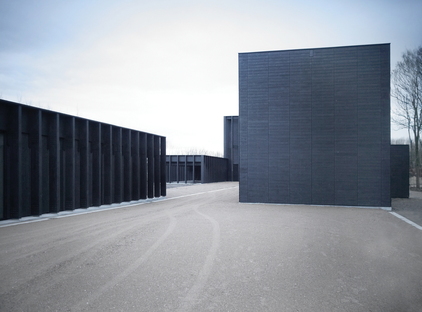 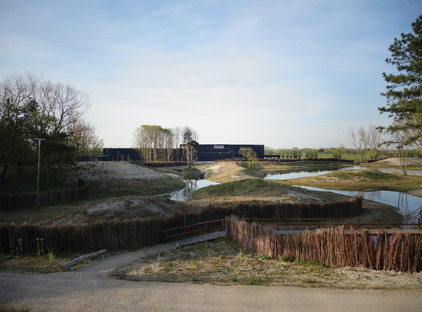 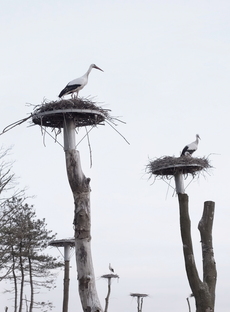 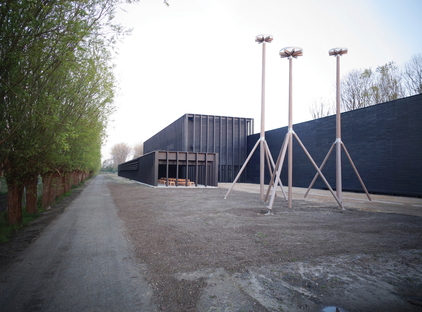 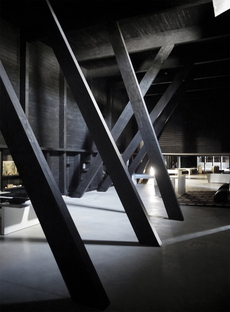 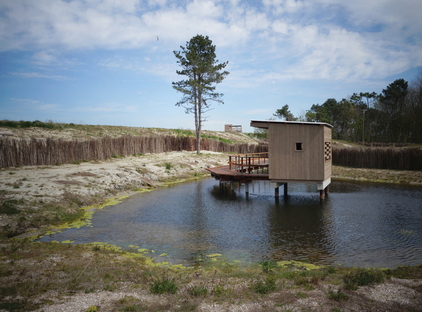 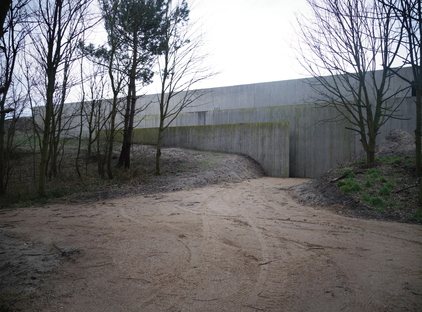 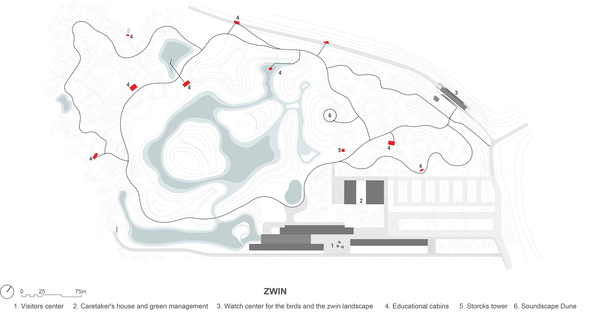 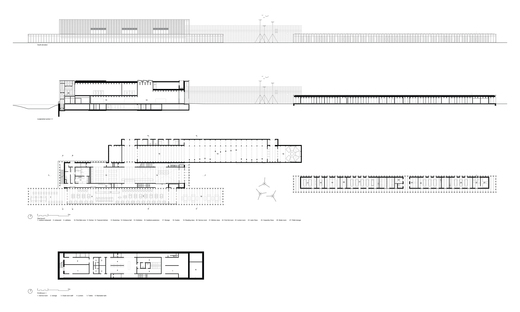 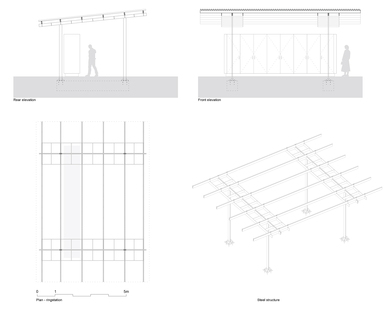