Rizvi Hassan, Khwaja Fatmi, and Saad Ben Mostafa designed community spaces for Rohingya refugees on the border between Bangladesh and Myanmar. With their approach and the contribution of the local community, they managed to consolidate a participatory method that makes architecture into a tool for rebuilding dignity. 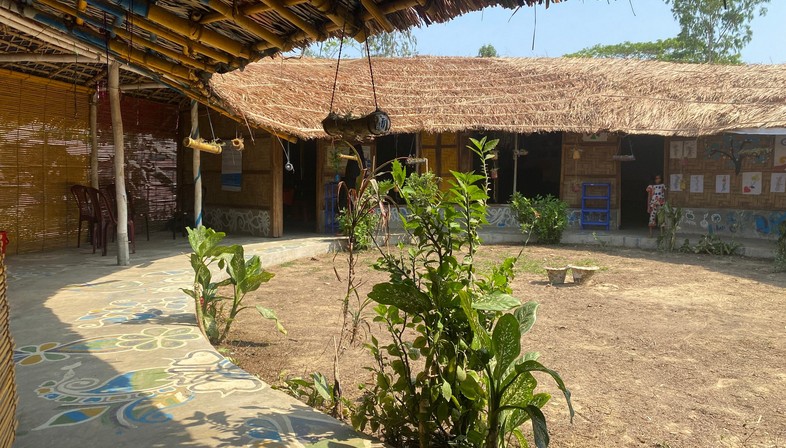 The 20 finalists shortlisted for the Aga Khan Award for Architecture (AKAA) 2022 includes a group of six buildings for the Rohingya people taking refuge from the violence of Myanmar in Ukhiya-Teknaf, Bangladesh. More than 700,000 Rohingya have fled to Bangladesh since August 2017, sheltering in a refugee camp of unprecedented size. Community Spaces in Rohingya Refugee Response is a series of projects promoted by the NGO BRAC, ActionAid and the community itself under the guidance of three Bengali architects, Rizvi Hassan, Khwaja Fatmi, and Saad Ben Mostafa, in response to a crisis that has been continuing for more than a year.
Developed primarily in the post-emergency phase, during the transition and development of the camp, the buildings respond to various physical, relational and expressive requirements by creating places where people can gather together, coming out of their improvised temporary homes to communicate and socialise.
After learning about the participatory process working in the Dhaka slums, Rizvi Hassan changed his idea of the architect's role in building a project. The architect's powers of direction of the work must, in such a difficult context, necessarily evolve and allow plenty of room for the ability to respond to the needs and ideas expressed by the communities that stand to benefit from the project.
Much more important than what the architectural project would become is developing and adding value to how it takes place, that is, the process of completing it. In situations like this one, the building's meaning must be clear well before its form, and its meaning is by no means obvious and is unprecedented in the attempt to achieve quality of life. The surprising thing is that the people who find themselves living in these camps have gradually come around to the idea of building community spaces and become involved in the process of their construction through collective discussions and exchanges of practices and methods. The architects understood that it was necessary to respond to this flow of will and make an effort not to impose purely western techniques but to open up to the many suggestions they received, such as different concepts of shared space, allowing the people themselves to build the place. The buildings were designed in terms of overall floor plan, but were then modified and completed by the people themselves to a surprising degree, without this being a betrayal of the project, but rather a sign that the building truly belonged to the people who would be using it. 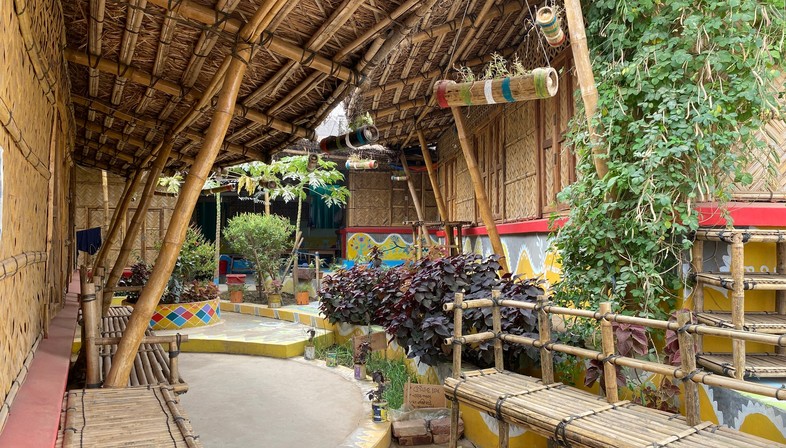 As permanence is a concept the refugees have trouble experiencing in their everyday lives, the path taken and shared was building structures of a temporary nature using corrugated sheet metal, fabrics supplied by the women and bamboo canes, which grow very rapidly and are therefore freely available in large quantities. The result is at least partial stability, representing a phase in the lives of the Rohingya refugees without suggesting that life in the refugee camp might become a permanent condition. Use of economical materials and replicable designs were the key guidelines in the project, along with availability and belonging to the people's building traditions and culture.
The six buildings were built in order, one after the other, in response to the needs of the specific community and context, so that each of them would lay the ground required to involve the people in the next project. One significant case was Safe Space for Women & Girls in camp no. 25, a platform supporting Rohingya women and girls with basic services and providing them with a place in which to develop social gender relations and attend educational programmes. The inner courtyard connects the spaces around it in a single area, and even if the rooms are smaller than in the other centres, their openness onto the courtyard results in perception of a larger space. The unusual oval shape attracts attention in a camp made up of “boxy” little houses: some of the people even thought it was going to be a stadium! The craftspeople among them gradually began suggesting techniques, such as a palm leaf roof or bamboo joints, while the women and girls themselves chose the plants to decorate the interiors and the paint for the walls.
A number of basic structural techniques were then applied to the majority of the structures, such as building on a single level to limit damage from monsoon rains, and roofs were made out of bamboo and straw using handcrafting techniques of proven effectiveness rather than on the basis of models and designs.
Shantikhana Women Friendly Space and the Display & Production Centre for Rohingya Women offer additional facilities for women to reinforce their role in society and protect them against violence, but also to provide them with training workshops and display spaces for their handmade goods. There are also spaces for communication and reinforcement of the sense of belonging, such as the community centre for Hindupara people, a Rohingya Hindu minority, and the Bhalukia Community Centre addressing the difficulties in dialogue between the refugees and the communities hosting them in Bhalukia, Bangladesh. 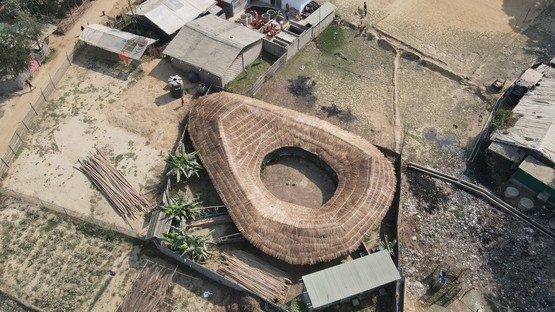 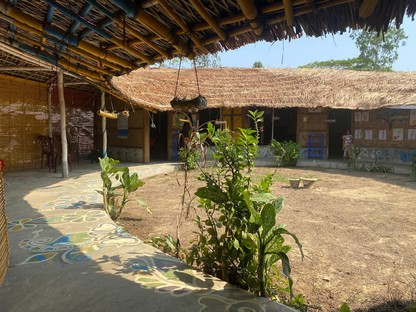 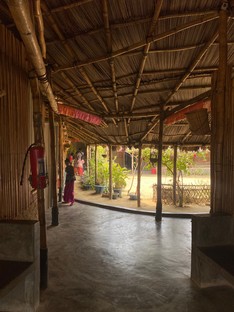 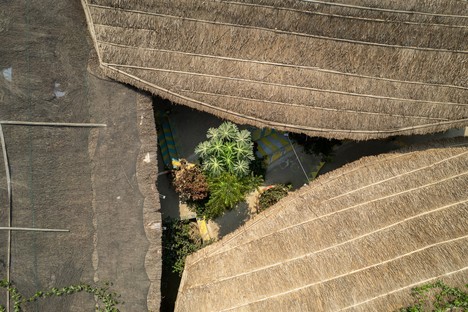 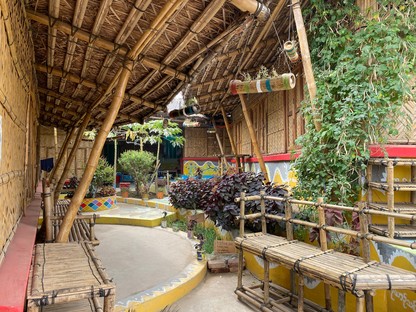 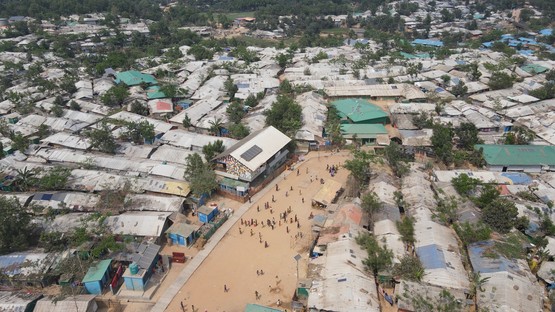 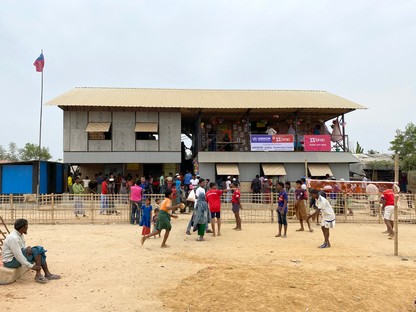 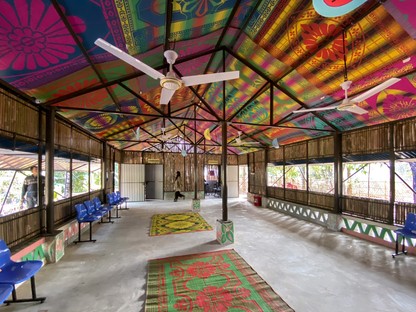 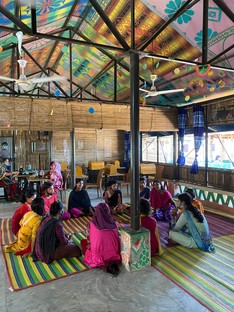 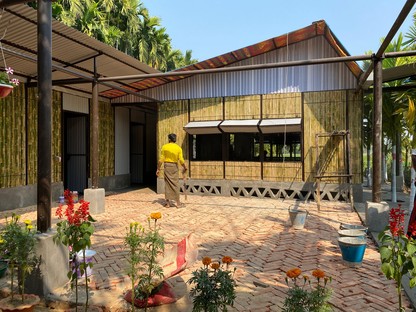 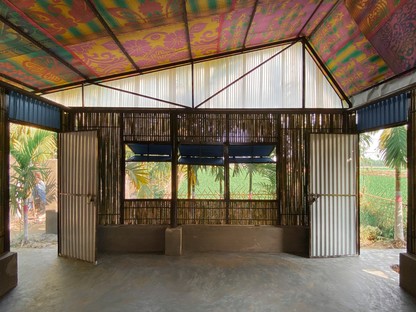 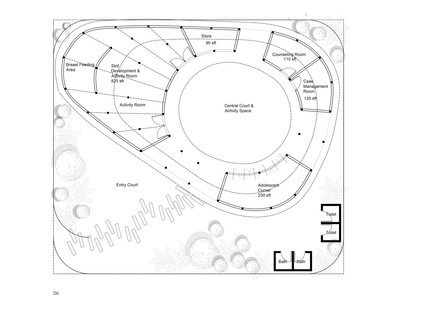 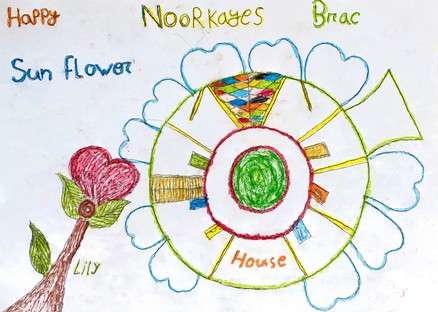 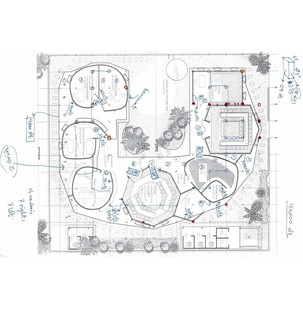 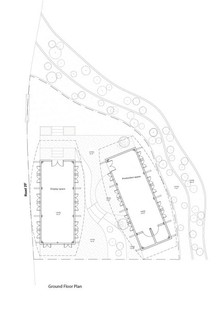 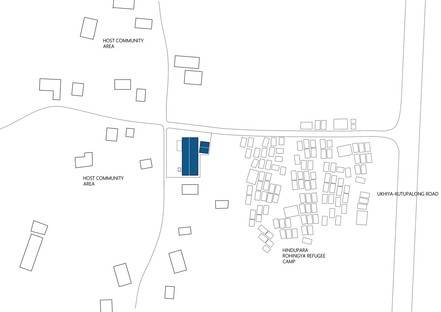 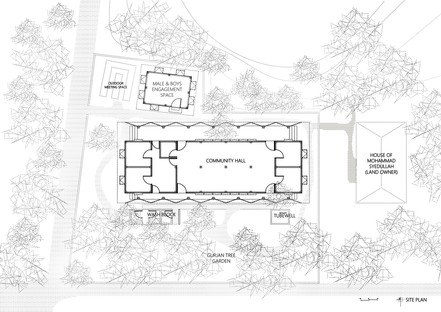 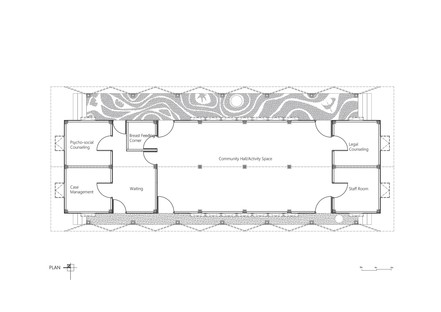 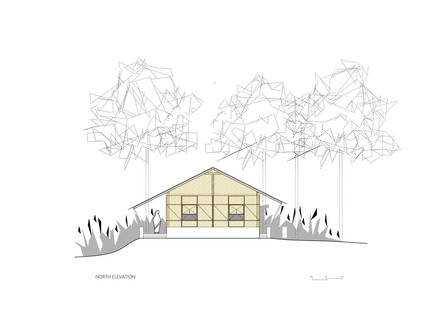 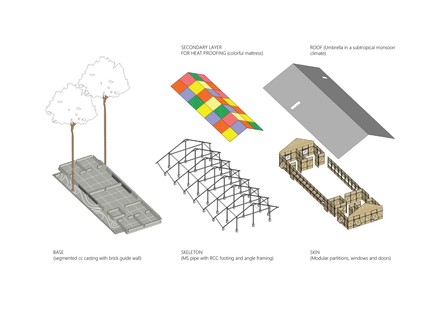 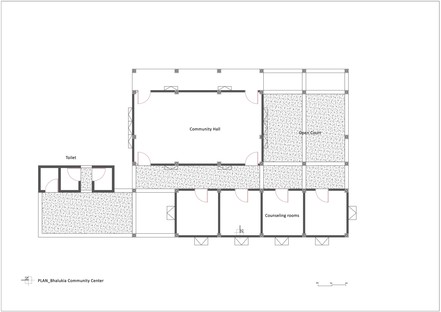 Rafiq Azam: house with pool of water in Dhaka