Torre del Borgo is an important fortified building located in the historic centre of Villa d'Adda (Bergamo), dating back to the Middle Ages. The renovation and extension project, designed by the CN10 practice of architect Gianluca Gelmini, restored the building and transformed it into a public library. 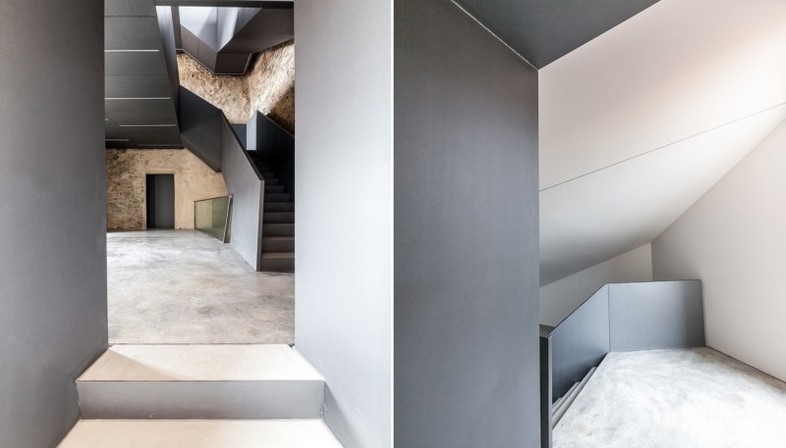 Architect Gianluca Gelmini and his practice, CN10 Architetti, signed the renovation and extension project of the Torre del Borgo, an important fortified building located in the historic centre of Villa d'Adda (Bergamo), dating back to the Middle Ages. The project had two fundamental objectives: the first, strictly technical, was to resolve the degradation issues of the complex (structural instability, inadequate access between floors and buildings, lack of networks and windows, deterioration to both interior and exterior surfaces); the second was to reinterpret the Torre del Borgo from a new architectural, distributional and functional standpoint.
Therefore, the project was limited to a few, carefully considered architectural elements, capable of implementing a solution that would be consistent with the original structures.
Specifically, with the first round of interventions, four halls in the central tower were made accessible, and a new building (building C) was built, featuring three floors and intended to be used for services. Inside the building, a new system of iron ramps and gangways now connect the central tower and building C, as well as the different levels of the complex, while at the same time leaving the original façades unaltered. The new building, leaning against the central tower, stands out as being different from the pre-existing structures thanks to its copper cladding. The second round of renovations will redevelop the square in front of the tower. To conclude the project, the Torre del Borgo will become home to the Villa d'Adda Municipal Library. 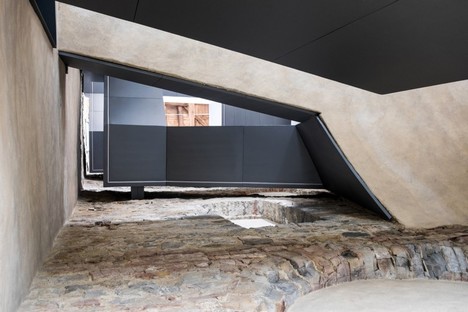 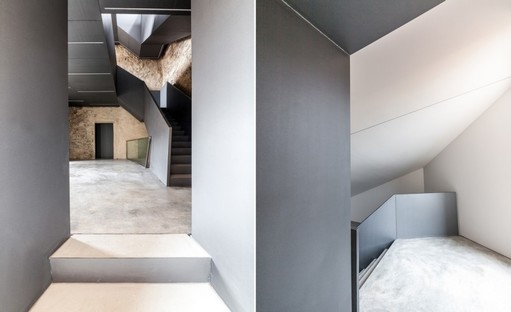 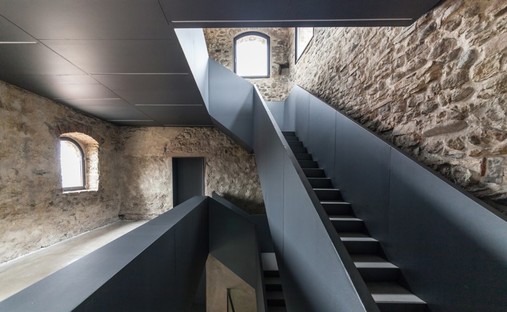 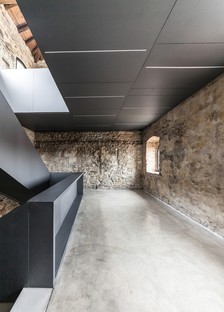 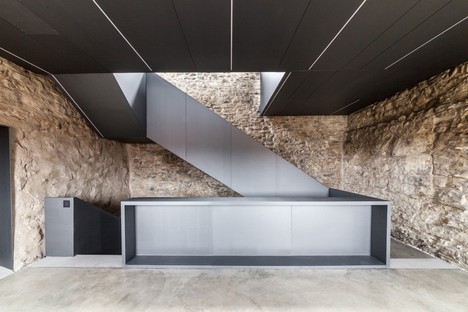 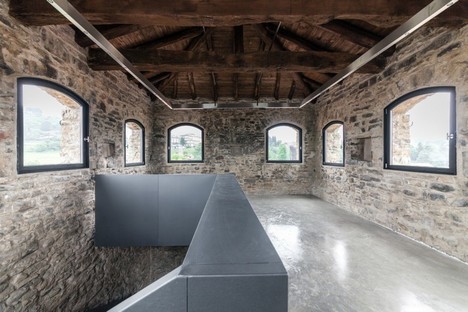 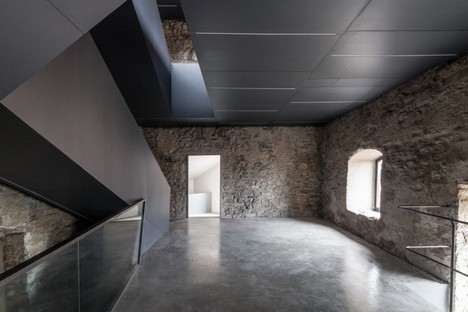 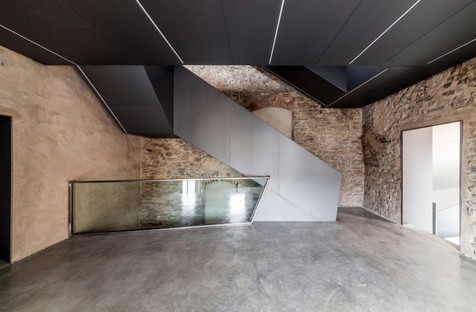 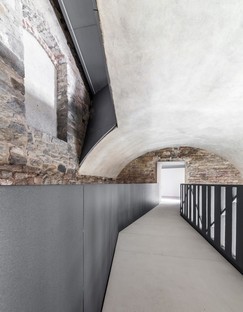 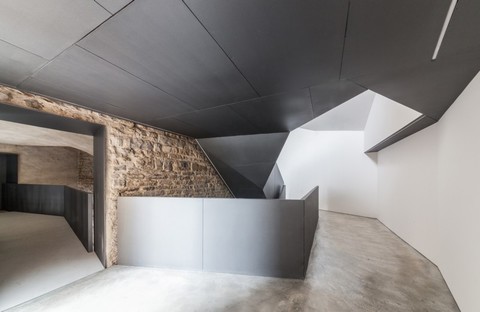 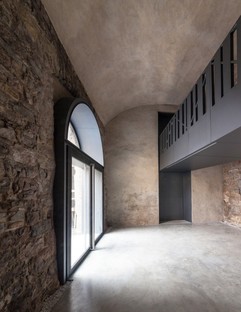 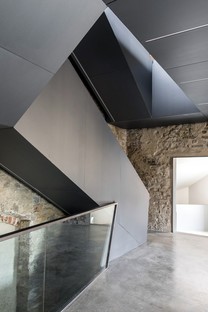 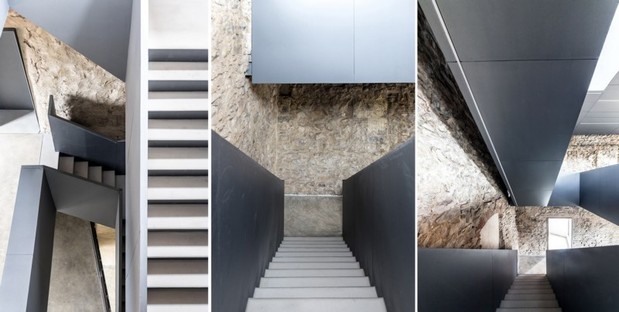 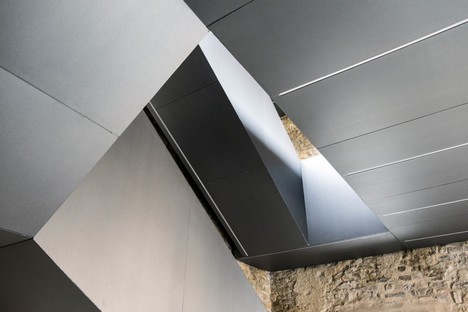 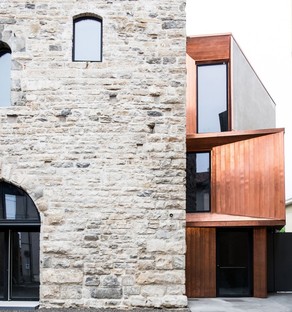