In C.F. Møller Architects’ new building now open at Haraldsplass Hospital in Bergen, the common areas and private spaces are arranged around two big covered foyers, clearly distinguishing them from the long corridors of the traditional hospital layout. 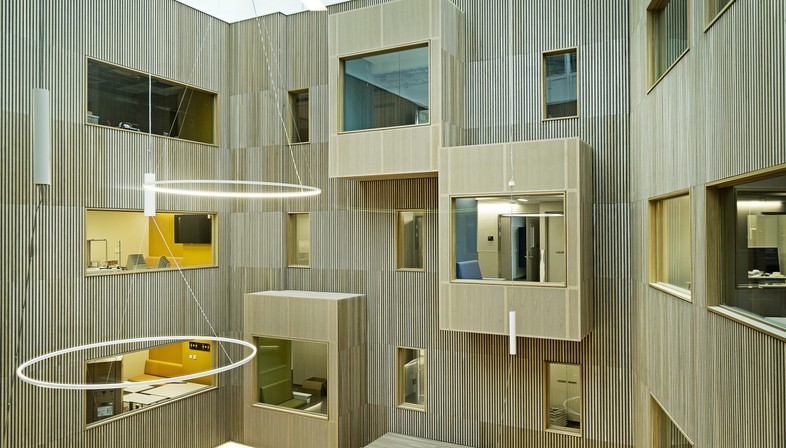 The new building designed by C.F. Møller Architects to expand Haraldsplass Deaconess Hospital in Bergen, Norway was inaugurated in a major public event attended by Norway’s top authorities.
Danish studio C.F. Møller Architects was appointed to build the expansion after ranking first in the design contest held in 2012. The architects had already worked on hospital projects in the past, and, as C.F. Møller Architects partner Christian Dahle explains, they drew on their past experience working on Akershus University Hospital in Oslo and Haukeland University Hospital in Bergen, for which they had designed a building containing research laboratories and diagnostic clinics for patients.
Architect Christian Dahle revealed that the project turned out to be a particularly stimulating one, due to the unique properties of its natural and urban site and of the main building, designed by Per Grieg in 1940, which has become the backbone of Haraldsplass. 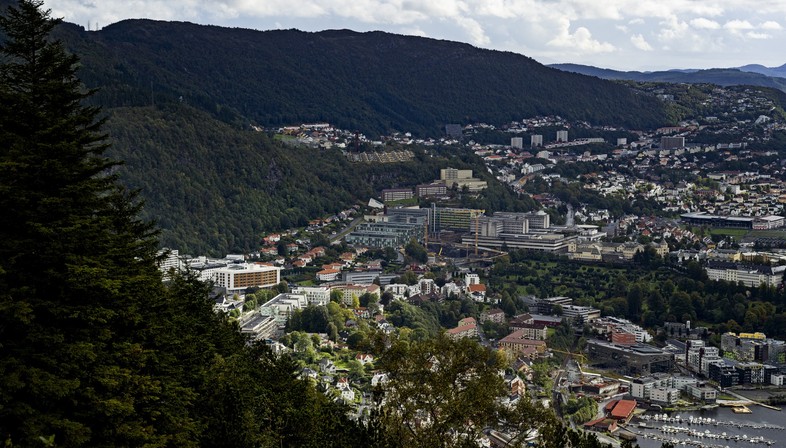 Respect for the history of the existing buildings in the area is an important element of the project. The presence of a building designed by Per Grieg had a major impact on the project, as Grieg is one of the most important architects in Bergen and a major source of inspiration for Norwegian architects. Always aware of what was happening on the international architecture scene, Grieg also preserved a strong awareness of his roots and history. The first building in Haraldsplass Deaconess Hospital opened in 1940, as we have seen, and could accommodate 100 patients, as well as the students in the school of nursing. It is one of the most important works of Per Grieg’s long career, inspired by great respect for and understanding of the qualities of the site, as an important element and distinguishing feature of the hospital was its ability to offer patients beautiful views over the city and the natural landscape of the fjord. C.F. Møller Architects applied the same principle in the construction of the new hospital expansion. 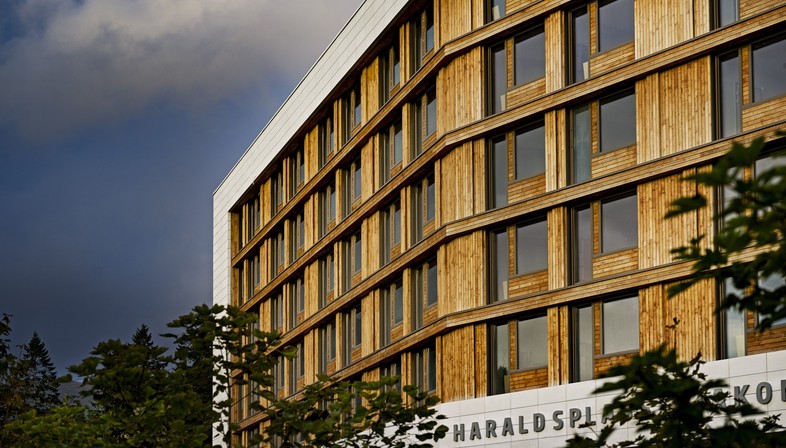 The new building at Haraldsplass Deaconess Hospital adds a further 170 beds to the emergency ward, located at the foot of Mount Ulriken, across from the Møllendalselven River. To follow the course of the river and offer all the patients views over the valley as well as the city, the architects designed a curved façade that breaks with the traditional hospital layout of rooms lined up along long corridors. The wards are arranged around and along two big covered plazas, common areas fulfilling a number of functions. The first is a public area, complete with an entrance, reception area, cafeteria, shop and waiting areas with seating, while the second courtyard is more private, reserved for patients and their visitors. These areas with floor-to-ceiling windows let daylight into the building and into all its spaces. 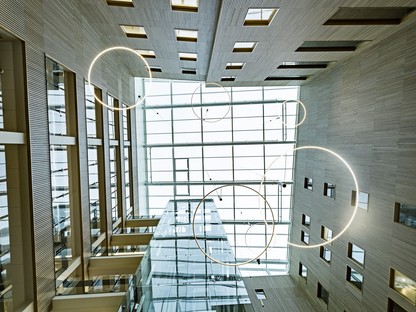 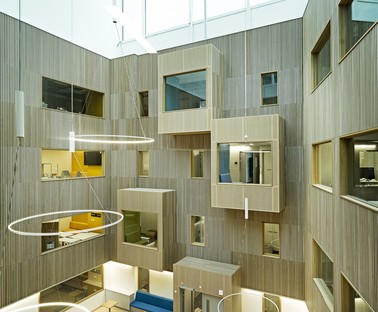 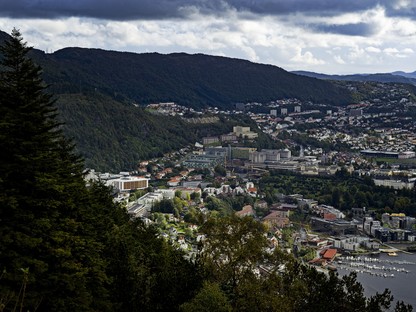 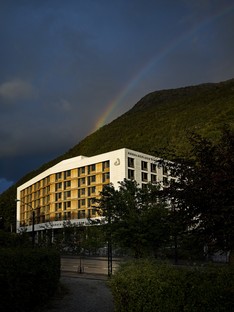 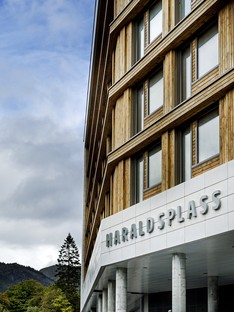 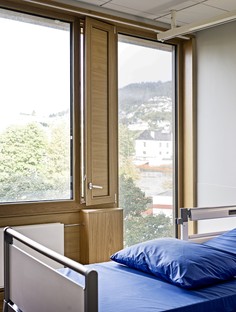 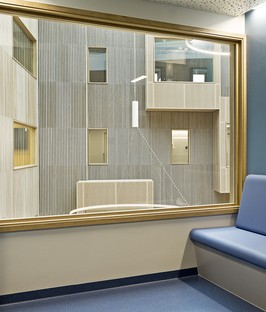 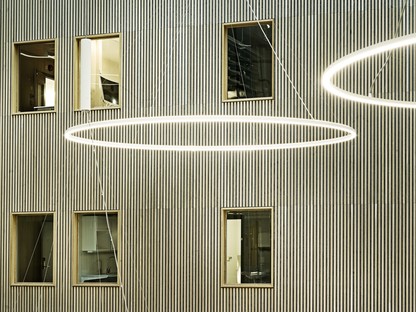 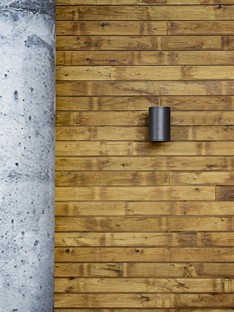 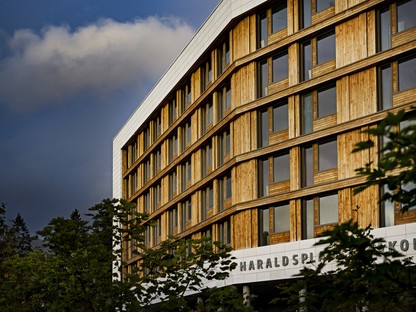 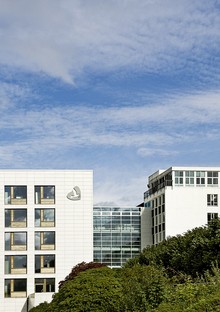 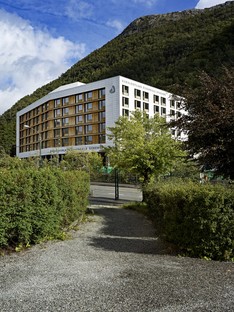 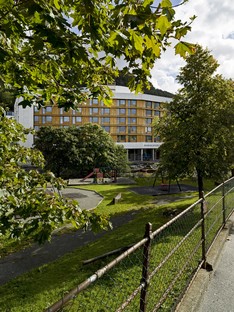 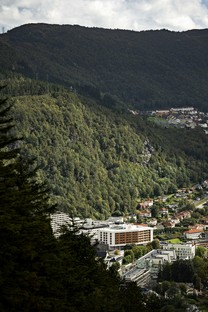