New ways of travelling, not only for young people but for experienced travellers too. A new vacation concept has resulted in growing demand for hostels in European cities, and the creation of boutique hostels designed by architectural studios to offer low-cost comfort with quality design. Hostelling no longer means having to make do with less, for hostels are increasingly becoming special places inspired by a philosophy of sustainability and attractive design 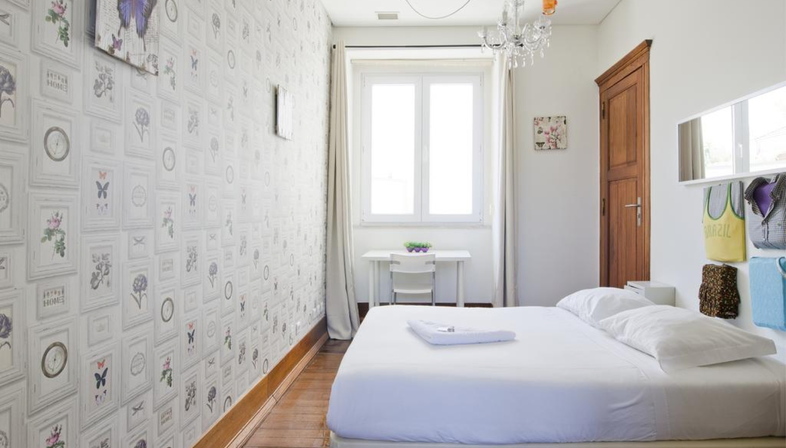 Version:1.0 StartHTML:0000000167 EndHTML:0000010476 StartFragment:0000000484 EndFragment:0000010460Generator - London
There are boutique hostels all over Europe, but the city where their popularity began is London. For years young people have been going to the Generator, a luxury hostel in the city centre in industrial-chic style: bare brick, local reclaimed wood and hot rolled black steel, plus artworks and installations.
An old police station was redesigned to reproduce street life in the city, and the London Generator is right behind Russell Square, near Covent Garden, Regents Park and the British Museum. The provocative graphics, brightly coloured motifs and famous cultural icons of Britain come together to recreate London’s cosmopolitan spirit.
The rooms are decorated in a modern style with bright fluorescent colours.
www.generatorhostel.com/londra
travellers’ photos


OOPS! Design Hostel – Paris
Oops! Hostel was one of the first design hostels, considered one of the world’s most beautiful by The Guardian newspaper. With a very Parisian atmosphere, only 250 metres from the Latin quarter, it is located in a typical 19th century Haussmann building and most of the rooms have views of the Pantheon. Designed by French architect Philippe Maidenberg and artist Daniela Millas, the hostel is an invitation to dive into a colourful universe of lights, forms and textures.
www.oops-paris.com
travellers’ photos


Wallyard Concept Hostel – Berlin
In Berlin’s Moabit district, close to Turmstrasse station, this hostel combines industrial design with Berlin’s hipster vibrations. In a truly attractive style, it was created out of an old workshop, maintaining some of its spaces, particularly the common room containing the reception area and the bar. The furnishings are refined, linear and minimal. In the common room guests can listen to music, chat at the sofas and coffee tables and enjoy an "all you can eat" breakfast.
www.wallyard.de
travellers’ photos.


Sunset Hostel Destination – Lisbon
Breath-taking views of the Tago River and a rooftop terrace with a swimming pool surrounded by sunflowers, a true urban garden. This deluxe hostel with beds inspired by the caves of Cappadocia is located in a building considered an architectural heritage site in the Cais do Sodré district, near the railway station, a crossroads for trains, buses, boats, trams, and the metro system close to the market and the old port district. With gentrification, an urban process which is sometimes spontaneous and other times guided by city governments, the Cais do Sodrè has changed. What used to be a degraded district has been reborn to become a cool place packed with artists’ studios, little bars with outdoor tables for brunch or happy hour, indie music and nu jazz clubs, cultural associations, and the seat of the national order of architects.
www.sunset-destination-lisbon
travellers’ photos


Hostel Ani & Haakien - Rotterdam
Located only 600 metres from Rotterdam’s central station, Ani and Haakien hostel is only minutes away from Rotterdam’s best-known attractions, such as the Markthal and the famous cubic houses. Natural colours, eccentric details and vintage atmospheres: the setting expresses a sense of community and the idea of being a
"home away from home". The cosy, artsy design of this eco-friendly hostel was created by two young interior designers, who made their plans reality through crowdfunding.
www.anihaakien.nl
travellers’ photos

Boeing 747 - 212B - Stockholm
Design meets extravagance in Sweden, where Jumbo Stay is a hostel in a Boeing 747-212B parked at Stockholm – Arlanda airport with 27 double and triple rooms measuring around 6 m². The pilot’s cabin has been converted into a suite with a double bedroom and a bathroom. All the rooms have flatscreen televisions displaying departures at the nearby airport.
There is wi-fi everywhere in the jumbo jet. Jumbo Stay also has five modern wheelchair-accessible bathrooms on the main deck.
Jumbo is open all day, with crew members at hand for arrivals and departures at any time of day!
www.boeing747stoccolma
travellers’ photos 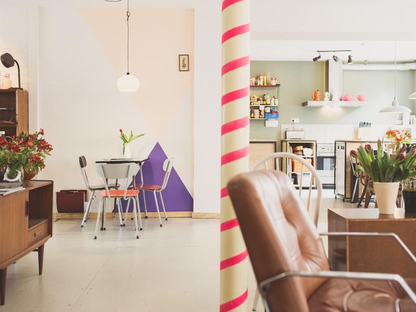 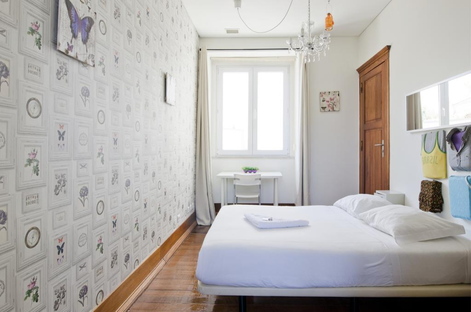 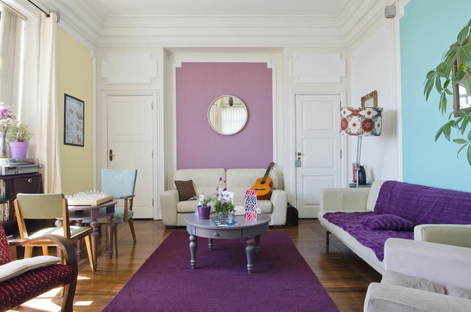 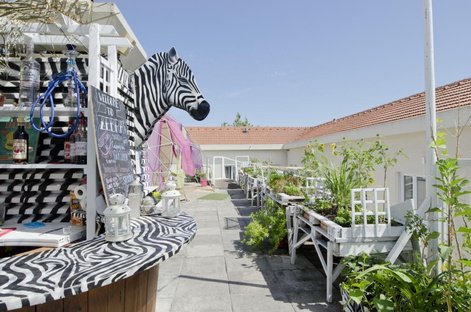 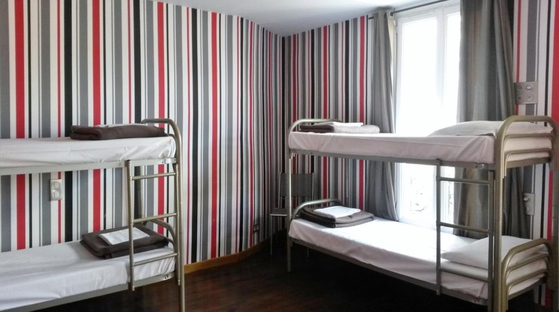 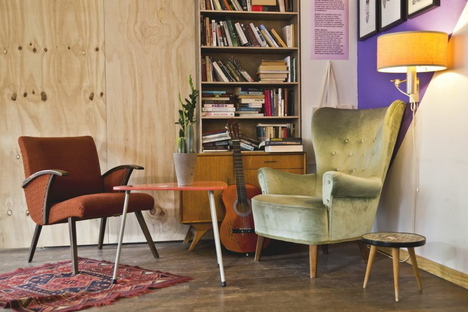 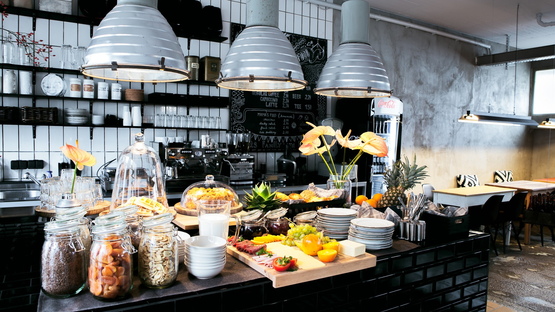 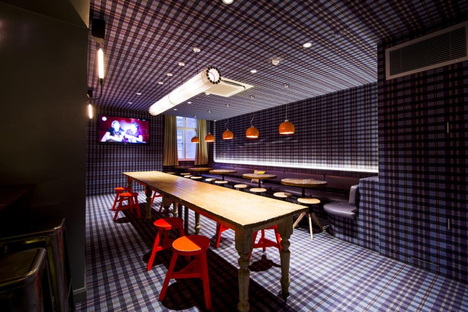 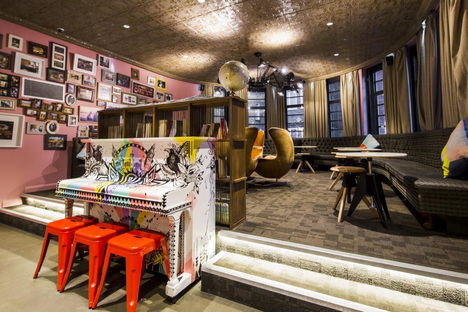 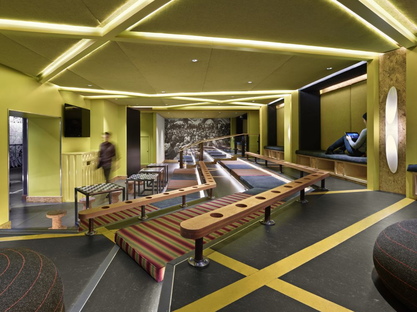 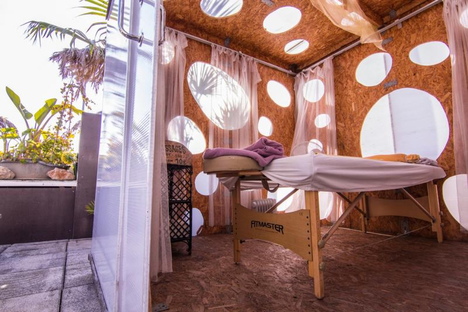 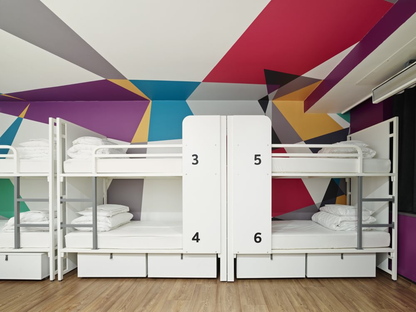 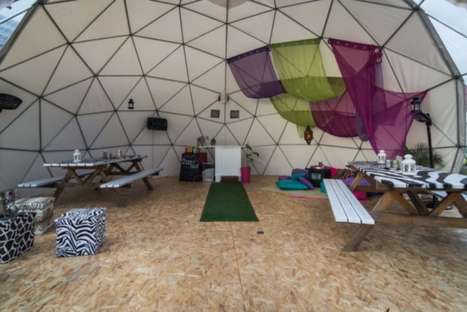 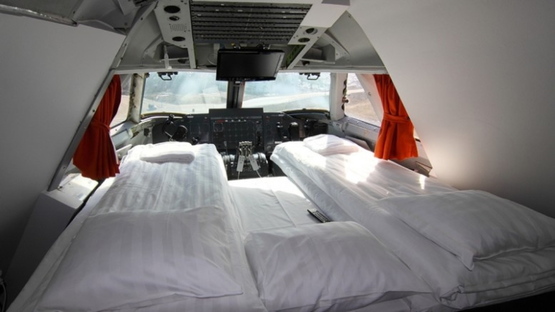 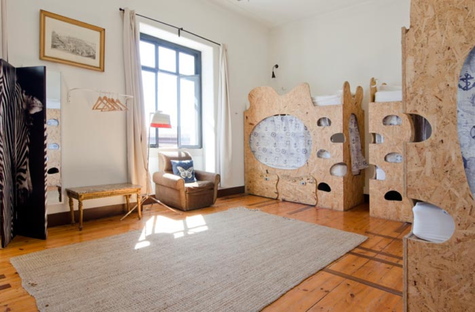 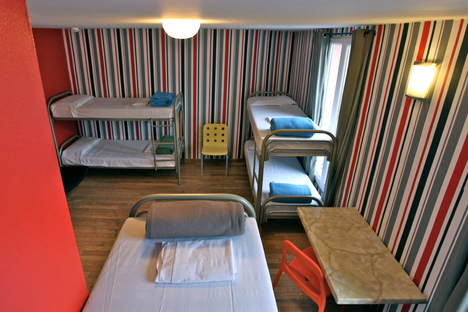 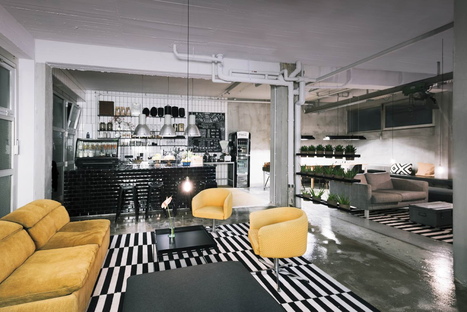 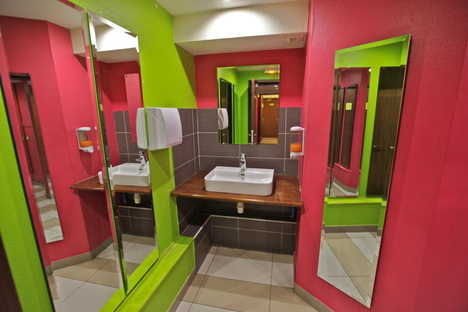 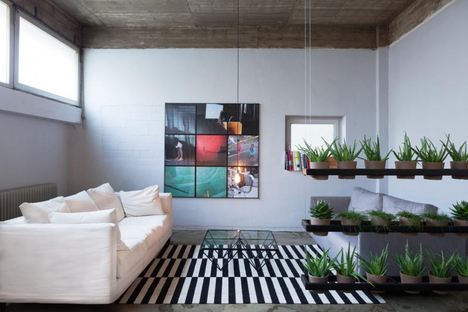 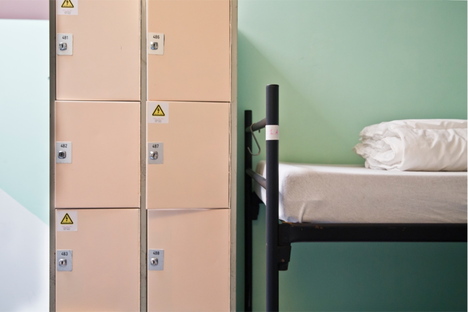 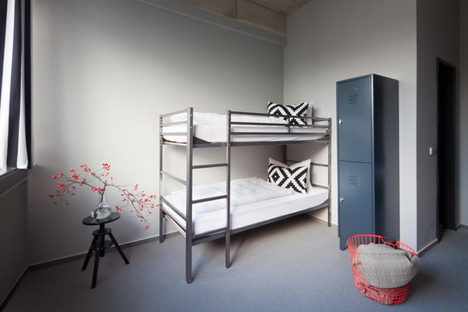 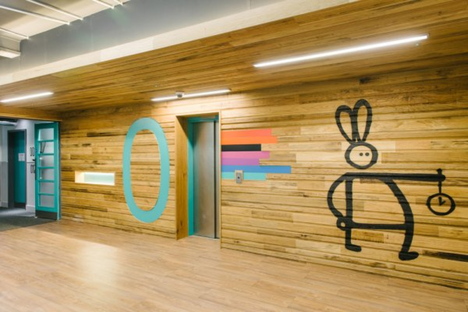 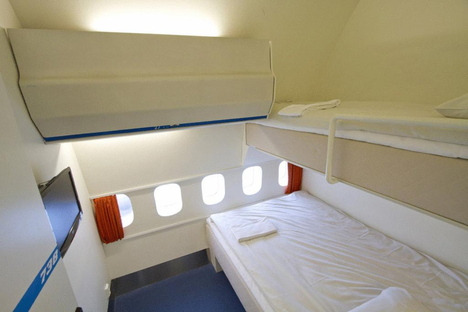 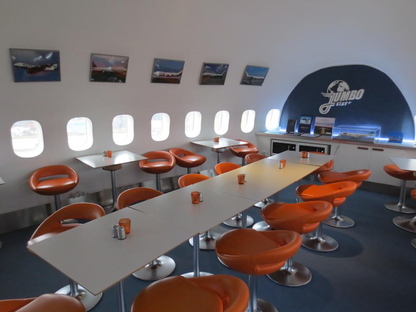 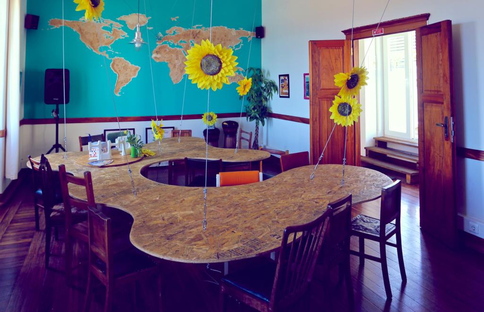