Paul Michael Davis Architects has designed the new building of the Whole Earth Montessori School in Bothell, Washington on an already existing foundation. Paul Michael Davis Architects has designed the new building of the Whole Earth Montessori School in Bothell, Washington on an already existing foundation. Architecture that is at the same time a teaching tool, bringing together the school's philosophy and the natural environment around it.


Founded in 1986, Whole Earth Montessori School (WEM) is one of the few accredited Montessori schools in Washington, USA. The campus is located on a site that spreads across 20,000 square metres, in Bothell, a city northeast of Seattle. On the basis of the school's vision of a world in which each individual has a respect for self, others and the environment, the new building designed by Paul Michael Davis Architects (PMDA) is also a nod to WEM's commitment to protecting the environment and to a green lifestyle.
For this addition to the campus, the architects were inspired by the trinomial cube, a primary teaching tool in Montessori education to familiarise children with three dimensions and facilitate their comprehension of algebra. This reference is manifested both in the shape of the building and in the openings with a window representing each of the twenty-seven blocks in the trinomial cube set. The largest window is deliberately positioned on the northern facade of the building because that side doesn't get direct sunlight so there is no danger of too much heat gain or too much light inside, in turn making sunshades or climate control systems unnecessary.
The architecture sits on an existing foundation in a lush meadow alongside the creek because the site is classified as a critical habitat where no new development is allowed. PMDA treated the 1980s rectangle of concrete as an opportunity to build a very simple cubic volume, onto which they could add a secondary layer of complexity in the window design. Staircases were placed on the outside of the building to maximise interior space, while legally remaining within the original specified footprint of the structure.
Paul Michael Davis Architects took the sustainable path that has always been part of the Whole Earth School ethos. Already in 2009, WEM opened the first of its green buildings, powered by a solar panel system that works in conjunction with a geothermal plant for both the heating and cooling of the building. An integrated solar panel efficiency monitoring system displays real-time data on the production of the solar panel, which is shared with the students. This includes daily kWh production, total CO2 emission reduction and total MW production since going into operation in August of 2009.
This was followed by the new Elementary and Middle School building completed in 2017, and now the latest edition designed by PMDA, which also uses the same green built process to continue WEM's commitment to the environment. The designers focused specifically on how to handle natural light: all of the windows are placed at the corners of the new building to dematerialise the simple massing and bring light in from all sides. It also guarantees an ongoing connection between interiors and exteriors. The use of primary colours, including the yellow entry door, is also a reflection of the Montessori colours, a fun game where children visually absorb the concepts they will learn before they even start the educational process.
The new Whole Earth Montessori School building in Bothell, Washington designed holistically by PMDA provides an educational tool that fully embraces the natural environment around it. 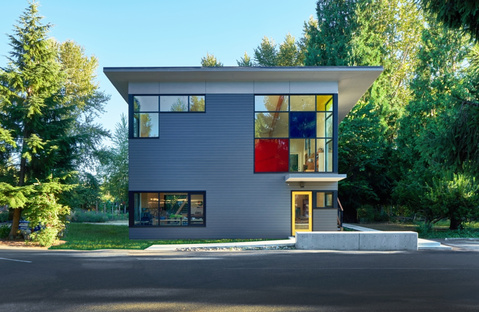 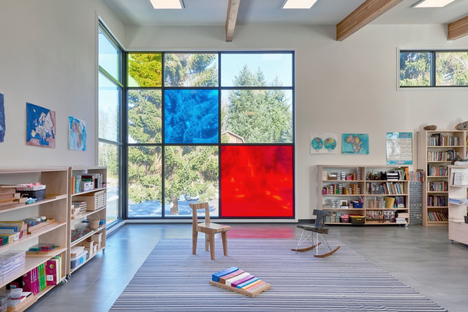 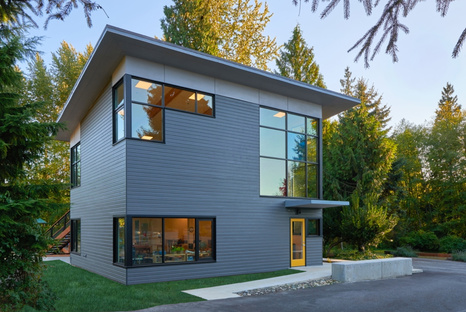 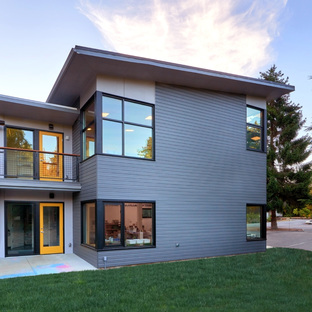 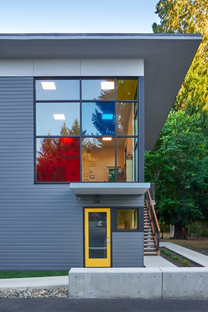 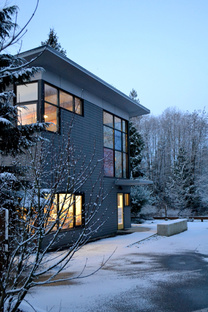 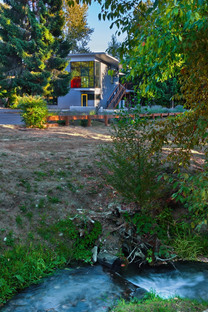 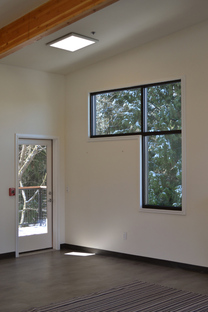 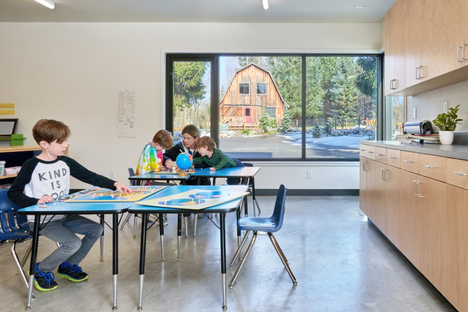 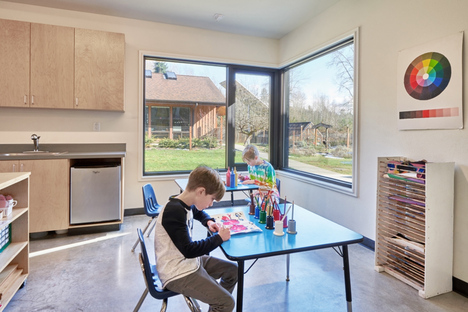 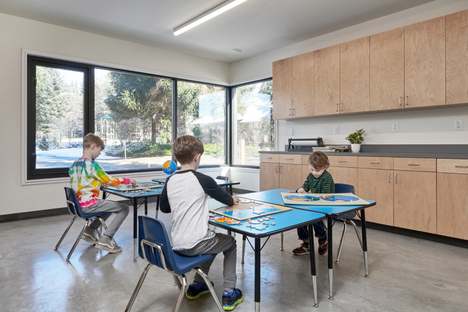