A Brazilian house by Penha Alba

Brazilian architect and interior designer Penha Alba realised a house in the state of Paraná, not too far away from the Iguazu Falls. 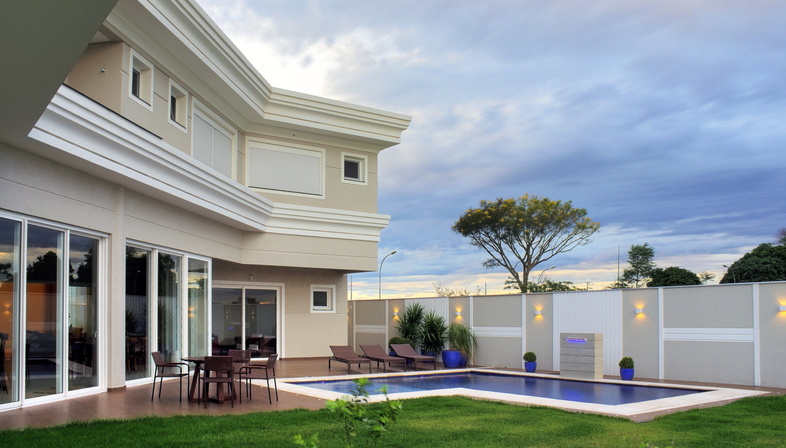 Brazilian architect and interior designer Penha Alba realised a house in the state of Paraná, not too far away from the Iguazu Falls. Thanks to its geometrical lines and sober colours, this architecture is an example of elegance, perfectly matching its urban context.


Penha Alba is an architect who graduated from the Santa Úrsula University of Rio de Janeiro and opened her own studio in Foz do Iguaçu, a city in the west most part of the state of Paraná, on the Brazilian border with Paraguay and Argentina. Founded in 1542, the city is a tourist and economic centre of western Paraná and is one of the most important tourist destinations in Brazil thanks to the famous Iguazu Falls. Along with Ciudad del Este (Paraguay) and Puerto Iguazu (Argentina), it forms a real tourist hub.
With approximately 260,000 inhabitants, Foz do Iguaçu is characterised by its cultural diversity, a result of the population and economic growth that the city experienced during the construction of the Itaipu hydroelectric dam, the biggest dam in the world, which generates 19.3% of Brazil electricity.
Here is where one of the latest projects by Penha Alba’s studio was created. It is a two-floor house, with an underground garage, five suites and a wide garden provided with a pool.
The project was created taking into consideration the local sub-tropical climate, that is slightly less warm as compared to the rest of Brazil, and its solutions merge several styles to mirror the mixed cultures of this city, while at the same time taking inspiration from the Neoclassicism of the late XIX century. What’s more, it avoids the stereotypes of Brazilian architecture, such as the minimalism of bare concrete and the vernacular style, with its widespread use of wood.
The two-floor building is slightly set back from the street and welcomes its guests with a façade where two large floor-to-ceiling windows on the left side of the entrance ensure the flow of natural light in its internal spaces. Neutral colours, such as beige and white, and the slightly overhanging roof make the plastered façade soberly elegant, also thanks to the use of decorative stucco elements.
Shared spaces, such as the living area and the large kitchen, are on the ground floor, and their wide windows create a dialogue with the garden and the swimming pool. The bedrooms, instead, are on the first floor to ensure more privacy to their users and are provided with balconies overlooking beautiful green areas.
Penha Alba and her house in Foz do Iguaçu are an example of the variety of Brazilian architecture, as they propose a solution that is elegant and sober, but not minimalist, where attention is paid to details and finishes, as shown very well by the photographs by Ricardo Braescher. 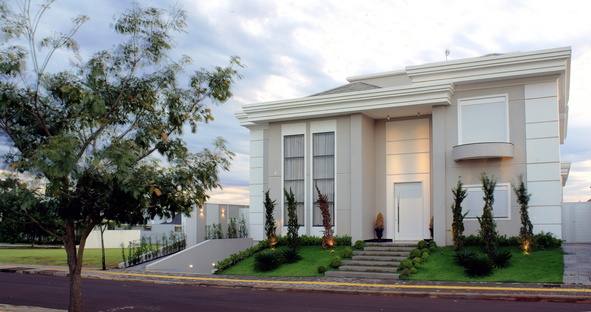 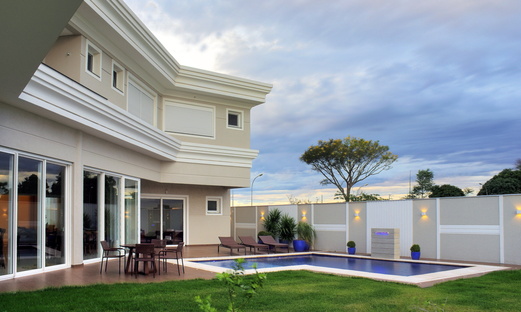 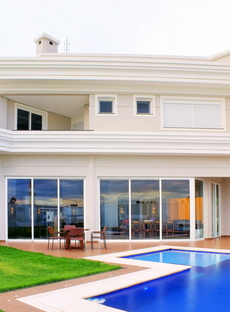 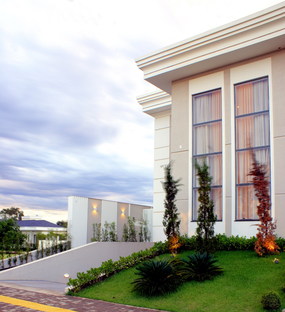 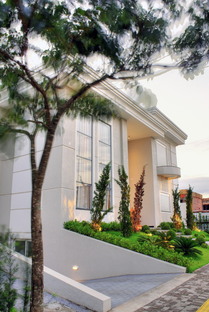 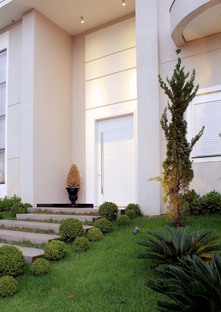 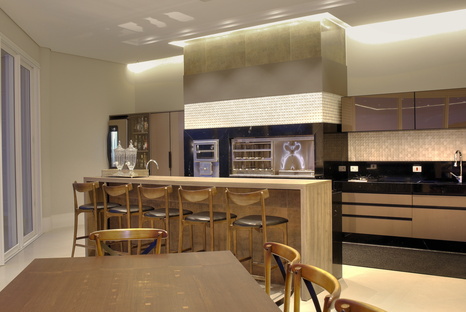 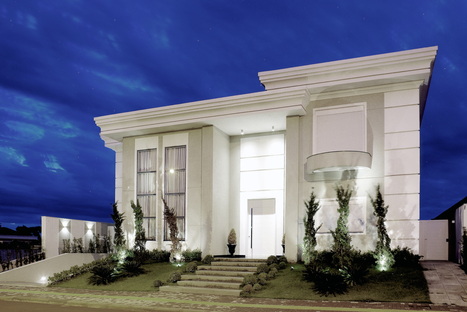 Taft, a prefabricated home by Skylab Architecture in partnership with MethodHomes

A paradise on Lake Guaiba by Rejane Schneider