THE TOKYO TOILET is an initiative, organized by the non-profit Nippon Foundation, the Shibuya City Government and the Shibuya Tourism Association to provide locals and tourists with clean, safe, attractive and accessible public toilets. They hooked up with 16 big names in architecture and design, including four Pritzker Prize-winners, Shigeru Ban, Toyo Ito, Tadao Ando and Fumihiko Maki. 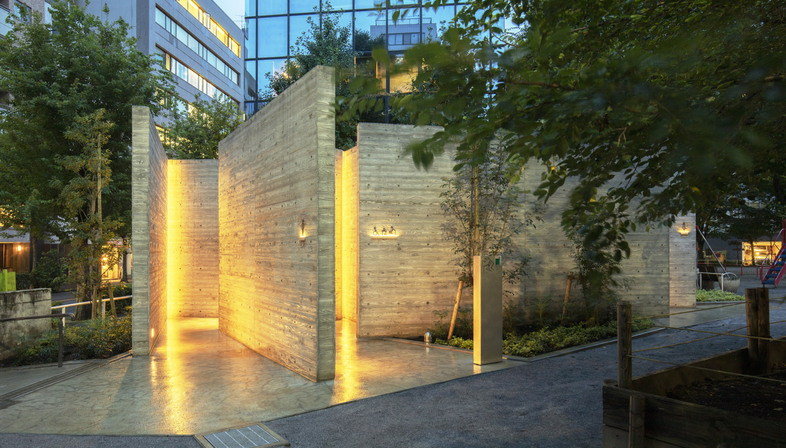 At one time or another, we’ve all been out and about and felt the urgent need for the toilet. At times, these are easy to find, but in some countries or towns, it can be a real challenge, particularly for women and the disabled, both in terms of logistics and when it comes to safety and hygiene.
In Japan, they have addressed these issues with an initiative to redesign the public conveniences in 17 locations throughout Shibuya, the famous district in Tokyo, best known as the centre of relaxed hipster culture, fashion mecca and the place for great nightlife.
Japan prides itself on its hospitality, and public toilets are representative of that culture. To this end, the non-profit Nippon Foundation organized THE TOKYO TOILET, inviting 16 Japanese architects and designers of world renown to rethink the concept of public toilets from the angle of accessibility, safety and attractiveness.
Five of these have been completed in locations across Shibuya so far, two of which - designed by the architect Shigeru Ban - really made an impression on us. Because they’re made from... coloured but transparent glass! Not to worry, though, modern technology means the external glass becomes opaque when you lock the door. This solution was adopted to avoid two of the biggest problems of public amenities, particularly when they’re inside a park. The first is how clean they are, and the second is whether or not they’re occupied. With this glass, you can see if they’re clean and if someone is inside without having to enter yourself. At night, the toilets illuminate the park like a colourful lantern, turning into a small landmark. Both facilities were built to the same design, and are formed of three distinct cubicles - accessible, women, men - separated by mirrored walls. You can tell which is which by the different coloured glass walls. At the Haru-no-Ogawa Community Park, the glass is green and blue to complement the surrounding trees. At the same time, the amenities block in the Yoyogi Fukamachi mini-park is a nod to the nearby playground, with shades of orange, pink and purple.
One of the other three structures was created the Japanese designer Nao Tamura. She chose to create a bright red toilet block based on the Japanese craft of Origata gift wrapping as her contribution to the scheme. It is made from steel plates, designed to resemble the folds of paper. The toilet created by the architect and Pritzker-prize winner Fumihiko Mako in Ebisu East Park – a popular neighbourhood park and playground – is both a public restroom and a public space that serves as a park pavilion equipped with a rest area. The undulating roof of this new facility, known as the “Squid Toilet” references the nearby octopus slide. In another part of the same park, the project by the interior designer Masamichi Katayama strives to envision the appearance and atmosphere of the primitive kawaya, the toilet huts of the past. He built an “ambiguous space” that is simultaneously an object and a toilet by randomly combining 15 concrete walls.
We can’t wait to the rest of the public restrooms in the project, and we hope this initiative is also taken up by other cities across the world! 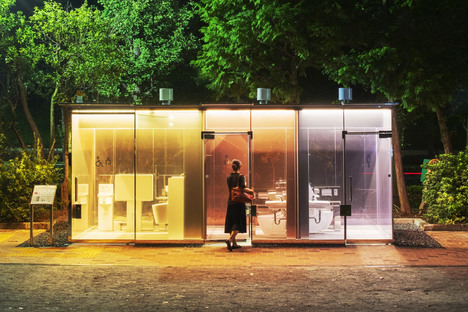 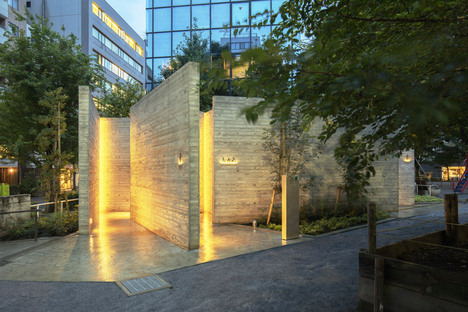 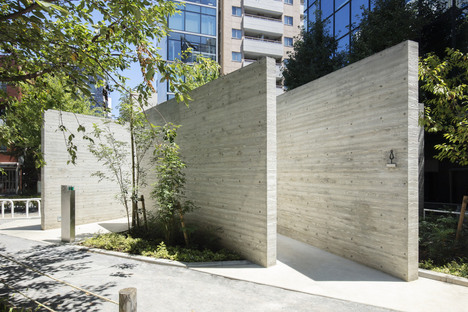 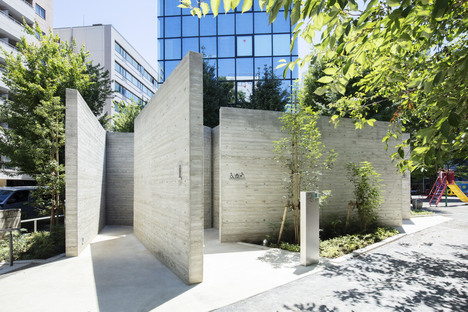 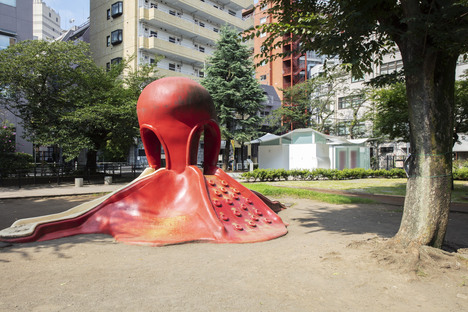 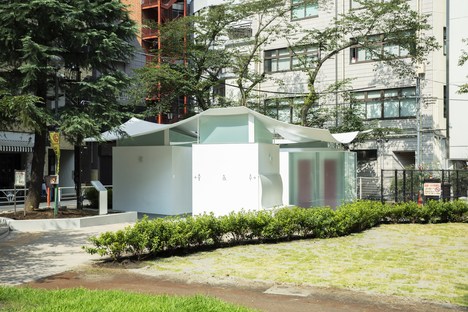 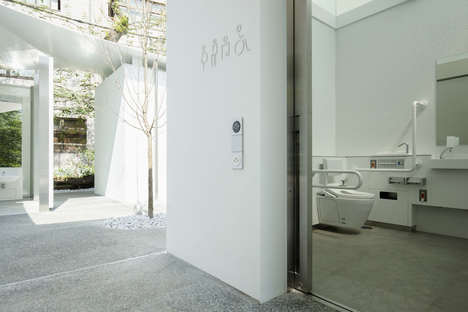 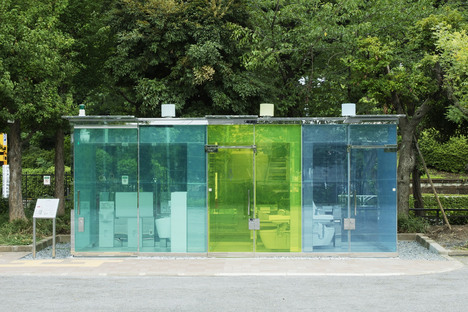 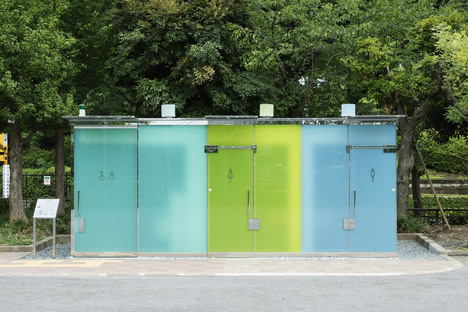 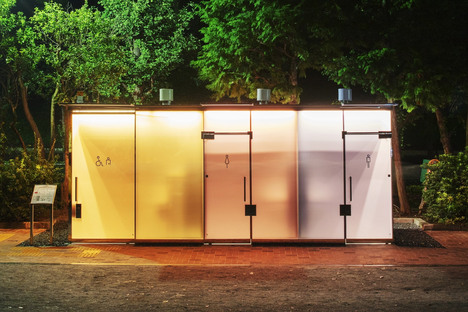 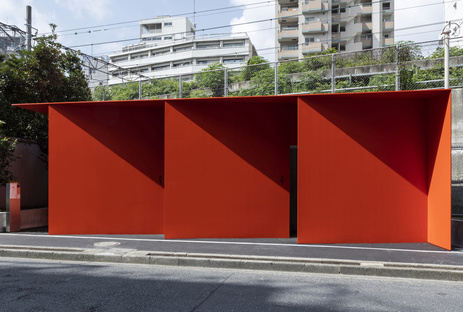 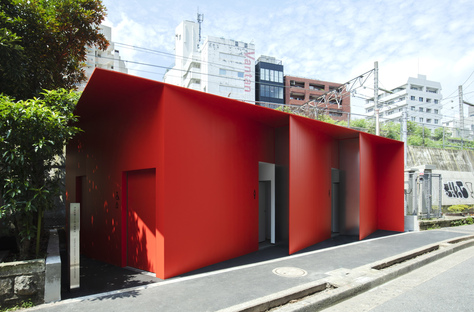