THE TOKYO TOILET is an initiative of the Nippon Foundation, the government of the town of Shibuya and the Tourism Association of Shibuya which began in 2019; this year saw the addition of two new public toilets, the most recent of which was designed by Kengo Kuma. 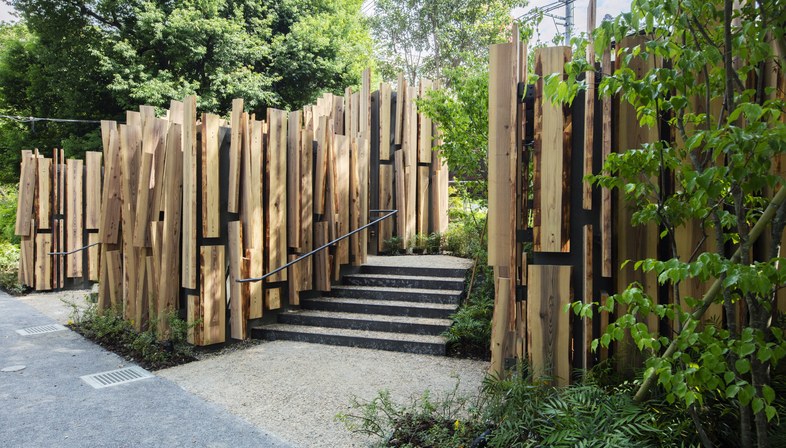 Japan is famous for being one of the world’s cleanest countries, and even its public toilets meet higher standards of hygiene than similar facilities elsewhere in the world. But the Japanese are reluctant to use public toilets nonetheless, because of the widespread stereotypical image of public toilets as dark, dirty and unsafe. To overcome this hurdle, THE TOKYO TOILET project in partnership with the government of the town of Shibuya is renovating 17 public toilets in Shibuya to make them accessible to everyone, without distinction on the basis of gender, age or ability.
The toilets in question are designed by 16 world-renowned architects and designers who use their designs and their creativity to address social issues.
Last year we presented the first five of these little architectural jewels located in various places in Tokyo’s famous Shibuya district, and four more have been added since then, including one designed by Kengo Kuma.
The award-winning Japanese architect designed the public toilets in Shoto Park. On the basis of his philosophy of gentle, soft design on a human scale, aiming to create architecture that blends in with the local environment and culture, Kuma has come up with something special for Shibuya. The facility he has designed might be described as a village of sanitary services: five structures covered with cedar planking of various lengths that blends in with the greenery of the park around the constructions. The structures vary in their fittings and interiors to respond to the needs of all kinds of users: there is a toilet for children and one for people in wheelchairs, each with its own special features. Construction of these toilets in separate buildings creates a "public toilet village" in the park which is well-ventilated and easily accessible without crowding, an essential feature in the post-pandemic age, and without being visible to other users upon entering. Public toilets enter the age of diversity, and the age of forests!
Architect Tadao Ando completed his toilets last year. The winner of the Pritzker Prize did not use any concrete: his toilets are located in a round pavilion covered with vertical sheets of metal ensuring both privacy and ventilation for the three cubicles inside. Located in Jingu-Dori Park, the toilets surrounded by cherry trees are only minutes away from Shibuya station. As Ando explains, he wanted to create a little work of architecture that would go beyond the concept of public toilet to become a true 'place' in the urban landscape.
Takenosuke Sakakakura’s poetic project is named 'andon' after a type of Japanese lantern, and replaces an older structure in Itchome Park in Nishihara. The white volume contains three unisex cubicles, each of which contains large and small toilets and a sink. From inside, users can see the shape and outline of the trees through the frosted glass walls. Users’ privacy is ensured, but the park is lit up in the evening to create an inviting public space for visitors. The toilets designed by streetwear designer NIGO, on the other hand, explicitly refer to the classic American house, in contrast with the urban landscape in which they stand: the toilets are located in a simple, comfortable structure with a high ceiling following the course of the triangular shed roof.
More toilets will be added in 2021, and THE TOKYO TOILET project will be completed in 2022. By that time, let’s hope it will have inspired other cities to do the same thing, because being able to use a public toilet without hesitation is a sign of true advancement! 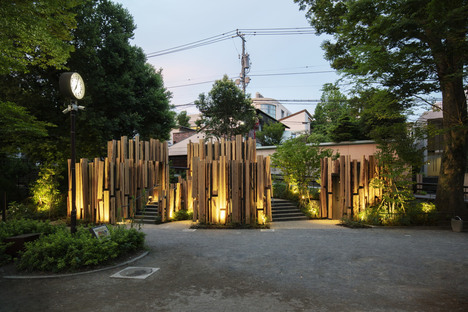 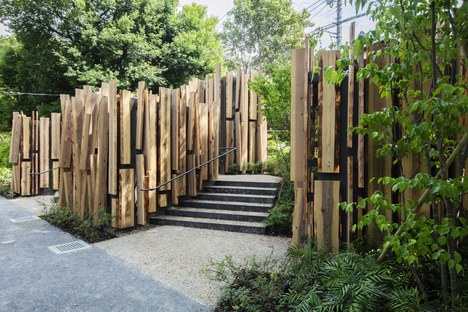 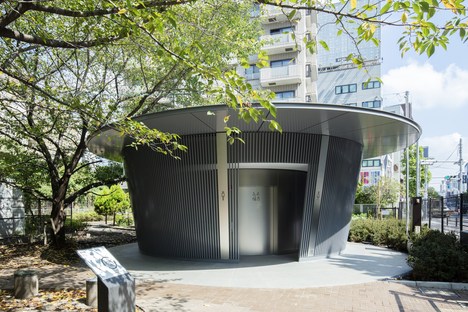 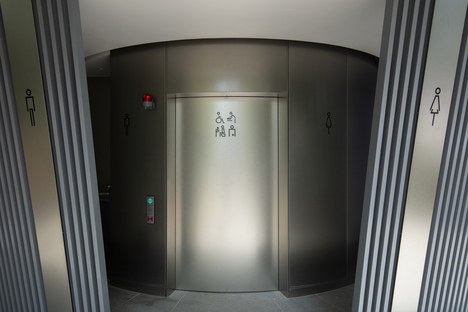 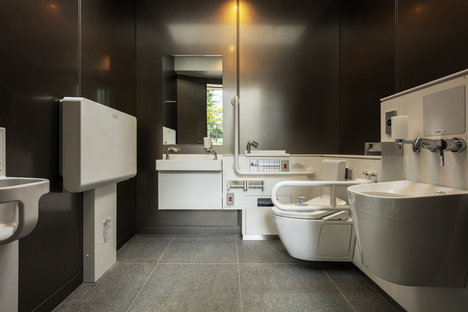 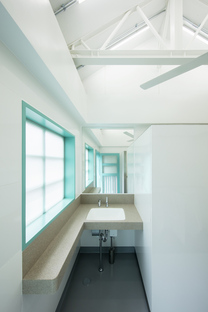 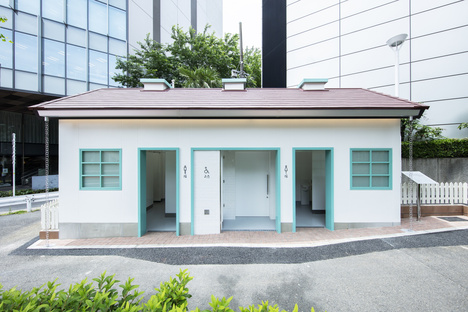 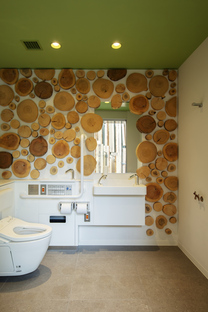 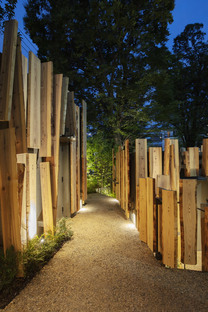 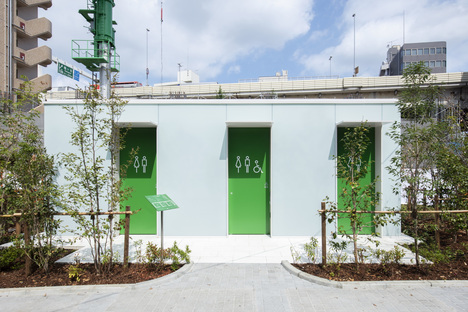 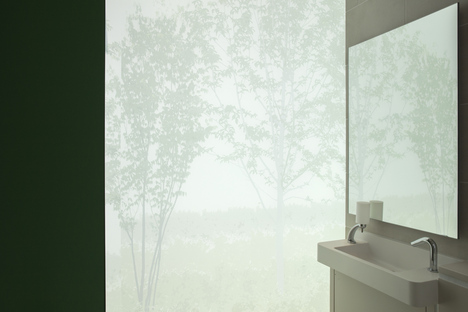 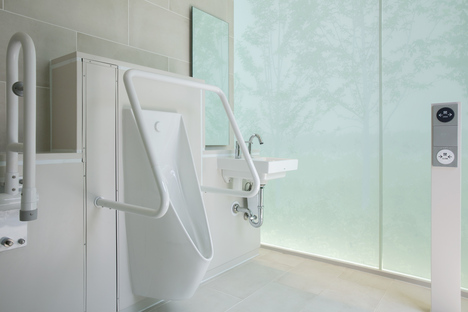