TEF Design of San Francisco has completed an interesting urban infrastructure project: a 12,200 square metre building which is America’s first net-zero energy (NZE) electrical substation. The expansion on the historic 1962 substation building not only meets the operator’s practical requirements but brings new value to the community around it. PG&E, the Pacific Gas and Electric Company, is one of America’s biggest natural gas and electricity suppliers. Based in San Francisco, the company is a branch of the PG&E Corporation serving about 16 million people in northern and central California; the company has for some time been investing in adaptation of its infrastructure, improving the performance of its electrical substations throughout the area served.
TEF Studio worked with PG&E on a substation on Eddy Street between Larkin and Hyde in San Francisco, the California studio’s fourth such project. This time the results are particularly noteworthy because this concrete and steel expansion on the 1962 building is the first net zero energy (NZE) construction of its kind, aiming to obtain qualification from the Living Building Challenge of the International Living Future Institute (ILFI). This certification aims to create a regenerative built environment which makes the transition from “minimising damage to making a positive contribution to the environment”.
The project was constrained by the presence of the existing building and the possible ways of accessing the site, which is why the addition has been built perpendicular to the old substation. Three sides of the new structure are covered with GFRP, fibreglass-reinforced plastic panels. TEF Studio has chosen panels that are all different, but with angles, perforations and grooves creating effects of light and shadow forming an ever-changing, dynamic multi-faceted surface.
This dynamism is accentuated in the evening by pulsating LED lighting expressing the city’s dynamic electricity grid. The west-facing green wall features a geometric motif created with plants that echoes the design of the other façades while asserting the building’s contribution to green values. A fine-grained metal mesh provides a transition between the old and new volumes.
To achieve sustainability targets, 60 kW solar arrays cover the roof, offsetting the building’s energy consumption. Large vents at the base of the construction exploit the city’s cool temperatures through natural ventilation that helps eliminate the need for artificial cooling and reduces the building’s energy load by nearly 40%.
When necessary, supplemental fans kick in to cool the building. Meticulous study of the amount of electricity consumed by every element in the electrical substation, from mechanical systems to the hand dryers in the restrooms, has further reduced the overall load, while the expansion also meets the strict earthquake requirements in effect in San Francisco.
TEF Studio’s expansion on Larkin Street Substation for PG&E is something more than the utilitarian and necessary infrastructure it was before. The project’s focus on architecture and sustainability ensures that the perception of the building is changed, combining usefulness with beauty and making the electrical substation a landmark in the area that adds value to the community around it. 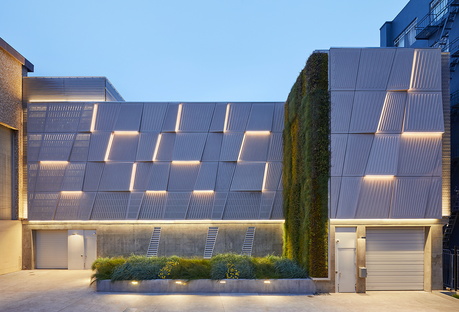 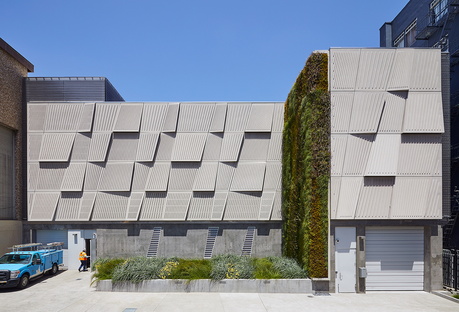 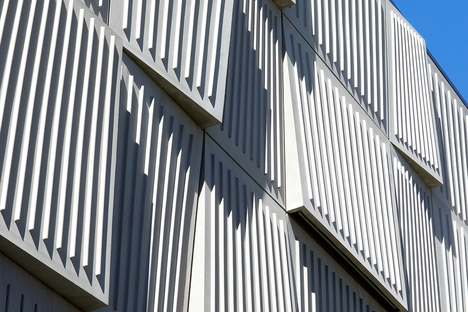 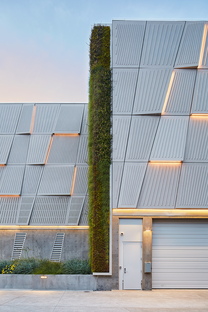 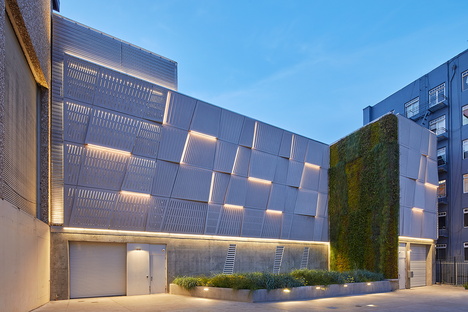 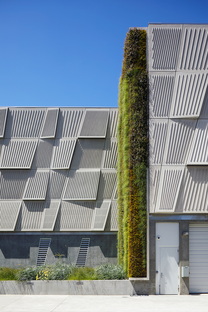 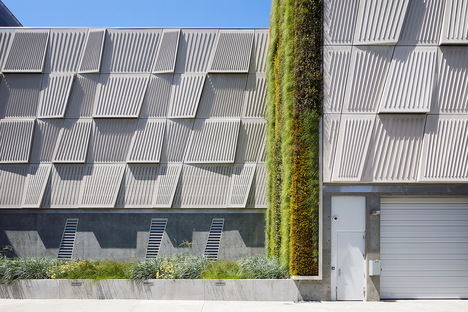 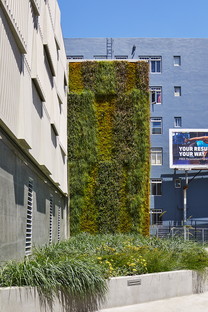 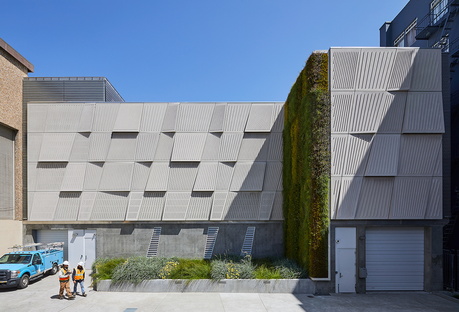 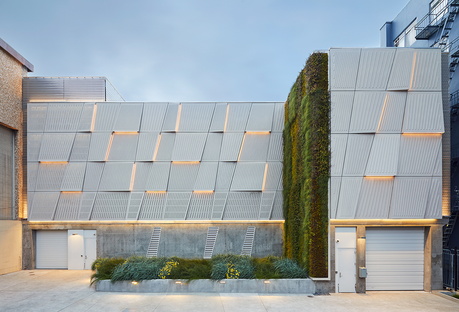 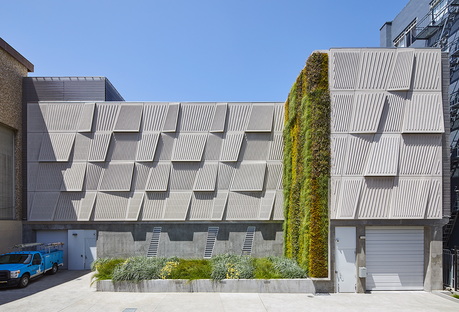 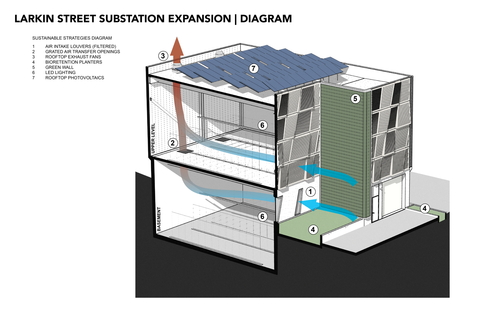