At a time when travel is more a thing of our imaginations than actually going anywhere, here is a unique destination. SWEETS Hotel is a new, concept-style hotel located in 28 different bridge houses built along and on Amsterdam’s canals between 1673 and 2009, each one designed in the architectural style of its building period. 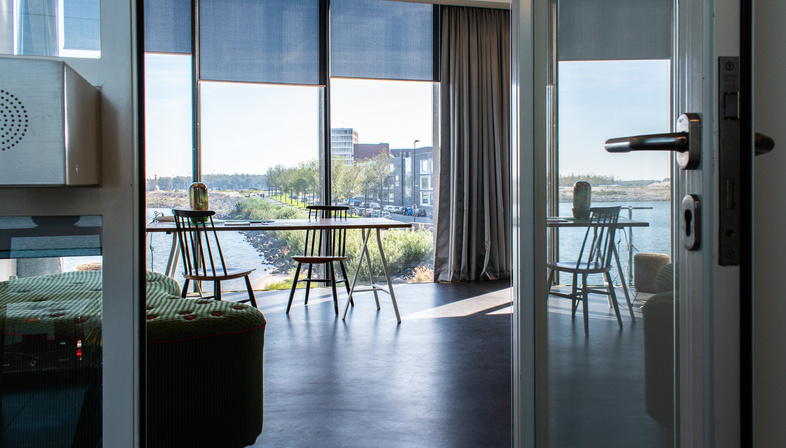 Cities like Amsterdam are popular destinations for people with the travel bug. So when we can move out of lockdown and travel again, here’s a unique, highly sustainable idea for a holiday in the city. We’re talking about SWEETS Hotel, based on the multi-building accommodation concept. The suites are located all over Amsterdam, in 28 different bridge houses, originally built between 1673 and 2009 and home to the city’s bridge keepers, who were responsible for controlling boat traffic through the canals. These bridge houses were all designed in the architectural style of their time, so they’re significant manifestations of the city’s history and architecture. When centralised control of the bridges made the bridge keepers redundant, these landmarks were abandoned and left dormant and disused for years.
SWEETS Hotel repurposes this industrial heritage turning the bridge houses into independent suits with unique interiors, all designed with the architectural history of each of these tiny buildings in mind. Their different architectural styles showcase how the city developed and grew when new districts went up and what people thought about the city’s development in that period. Renowned Dutch architects, such as Hendrik Petrus Berlage and Pieter Lodewijk Kramer designed many of the bridges and bridge houses.
Then, in 2012, the city of Amsterdam decided to centralise control of the bridges, stripping the bridge houses – often registered architectural monuments – of their original purpose. At this point, the SWEETS interior design team stepped in, carefully converting these architectural gems to complement the style of the original architects. And with their work came some historical discoveries, like the old chimney above the ceiling in the “Amstelschutsluis” bridge house (built in 1673). The SWEETS Hotel design team kept these remains intact wherever they could. The team also balanced the traditional 17th-century Dutch materials and colours with contemporary touches. For the interiors of the “Hortusbrug” Bridge House, a small architectural icon in the “De Stijl” style, the team brought the typical elements of the famous Dutch architect and designer, Gerrit Rietveld into play, while honouring his legacy.
The lobby for this hotel-that-isn’t is the city of Amsterdam. Guests can use the electronic tablet in each bridge house as a guide to the neighbourhood and discover different aspects of Amsterdam, mostly outside the crowded city centre. In the best tradition of multi-building hotels, with this concept and the guide, SWEETS hotel aims to stimulate local businesses in many different areas of the city, making tourism a sustainable resource, without cannibalising the urban or social fabric. 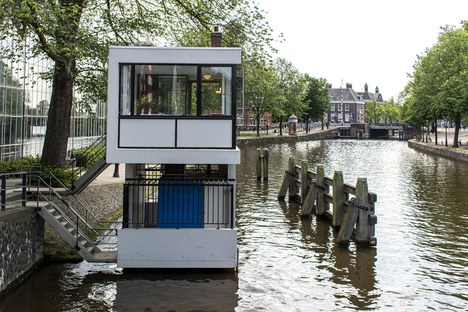 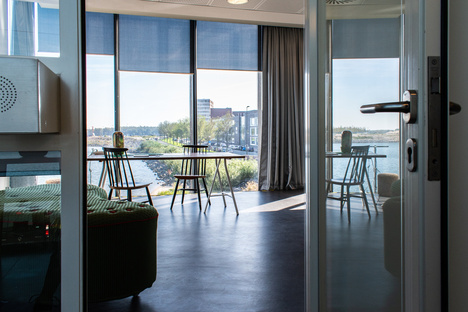 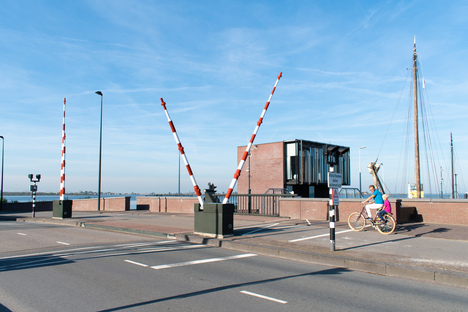 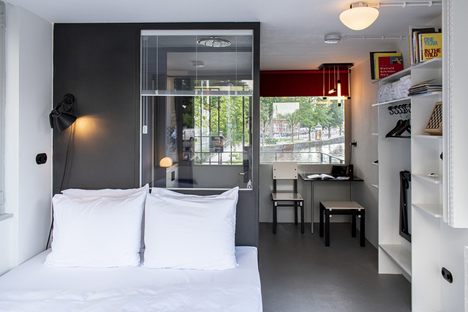 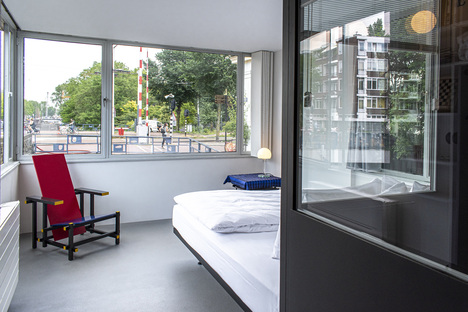 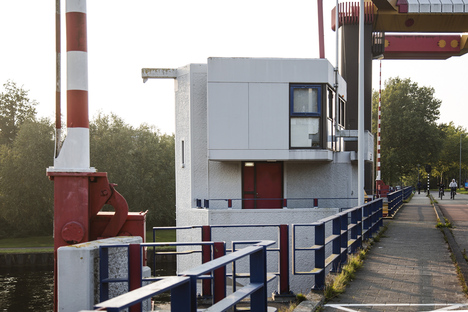 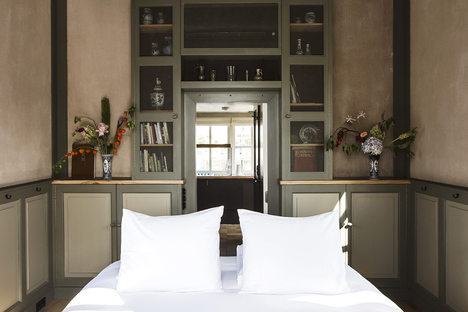 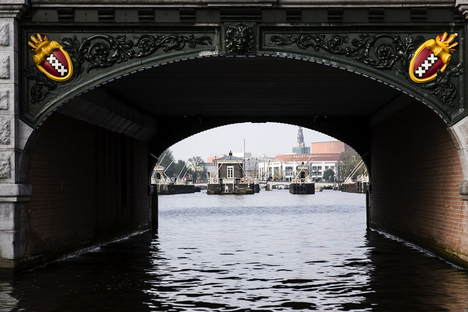 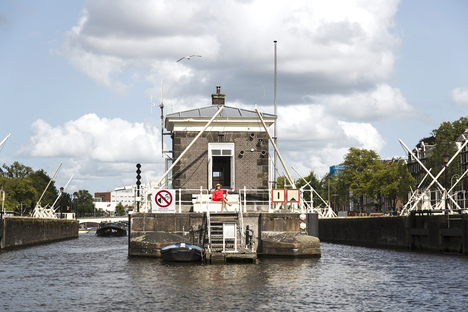 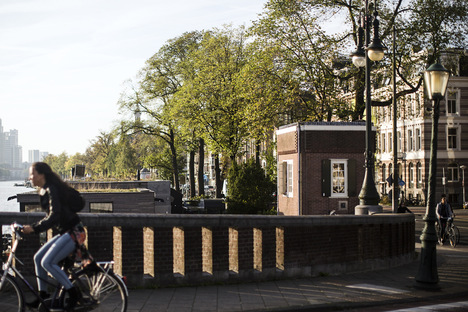 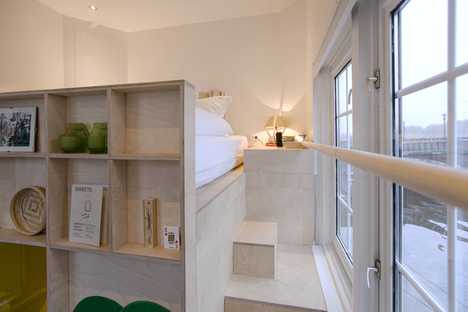 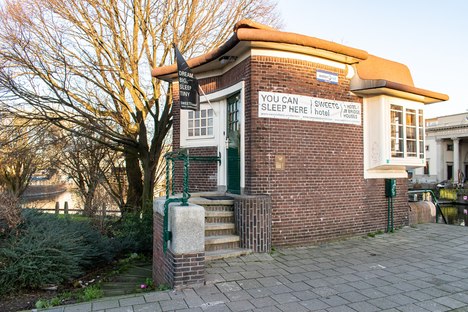 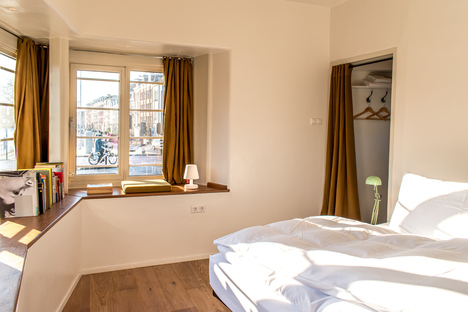 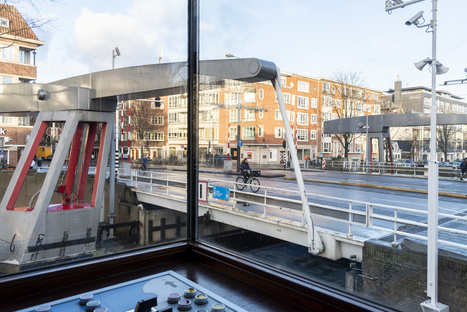