Street Seats 2019, Parsons School of Design is back with its pop-up public space

Public space is not a common sight in New York. 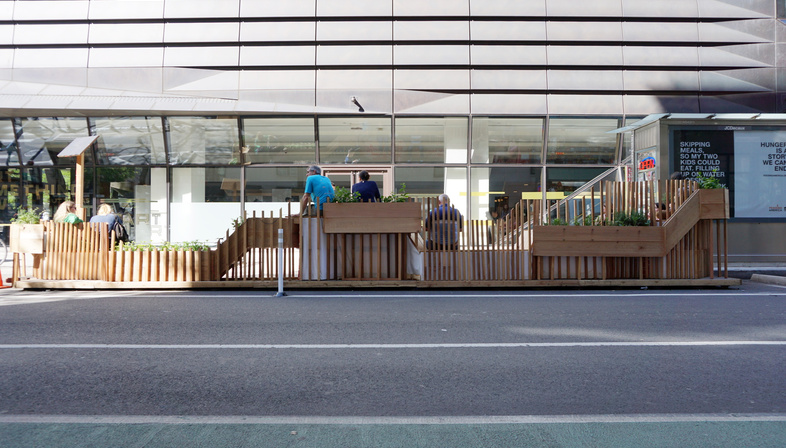 Public space is not a common sight in New York. Thanks to the programme of the New York City Department of Transportation called Street Seats, the initiative developed by the Parsons School of Design since 2016 has enabled the creation of a small pop-up public park on the city’s pavements.


Parsons School of Design at The New School presents Street Seats, a sustainably designed temporary public space for New Yorkers in the heart of The New School campus. This is a collaborative project by the Parsons School of Constructed Environments with the New York City Department of Transportation (NYCDOT) that was kicked off in 2016 and is part of the Architectural Design course.
The idea behind the Street Seats programme is to reclaim portions of New York City streets to add public multipurpose space that provides a safe and attractive seating area for the public and members of The New School community to sit, socialise, and observe their neighbourhood and MYC street life with a fresh perspective. A truly significant placemaking action, a call to slow down, a real rarity in the Big Apple, where the pace is always fast, with cars, bikes and pedestrians constantly rushing from point to the next.
The team of 19 students started with 12 individual proposals for the park and then worked in groups to arrive at a singular design, taking into consideration who would use the space, the site context and multiple environmental factors.
The seating, tables and vertical fencing are made of naturally rot-resistant Red Western Cedar and the red canvas covering the seats and tables had previously wrapped The New School’s water tower. The transparency of the materials creates a glowing night-time lighting effect. Because the Street Seats 2019 team wanted to incorporate the element of strategically placed, solar powered energy efficient LED strips, storing the energy in batteries on site so the pop-up park would be able to provide a friendly light in the evenings and at night. This solution is really eye-catching and the installation’s intrinsic safety is an added benefit.
Eric Feuster, professor and leader of the Parsons Street Seats and a professor teaching Design Build: Urban Public Space explains the background to the project that stands out from the earlier ones because of that incorporated lighting: “We teamed up with Shayne McQuade the founder of Voltaic Systems early on in the semester to build a great solar powered lighting system. Our lighting is more than a feature of the design, it becomes the design at night. The backlit canvas seats appear as glowing volumes and the angled planters are all lit by strip lights, highlighting the native plantings and the park's strong aesthetic.”
This year’s Street Seats project is located on the corner of 13th Street and Fifth Avenue. The just over 12-metre long and 1.8-metre wide space along the curb of 13th Street includes a generous number of planters and public seating that will be at the service of New Yorkers during its seven-month lifespan. 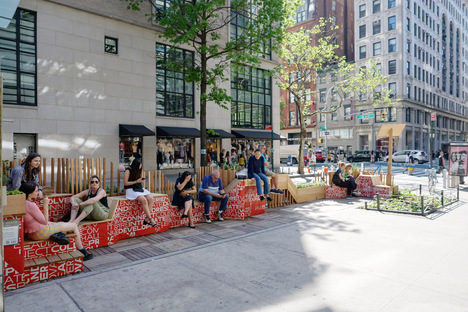 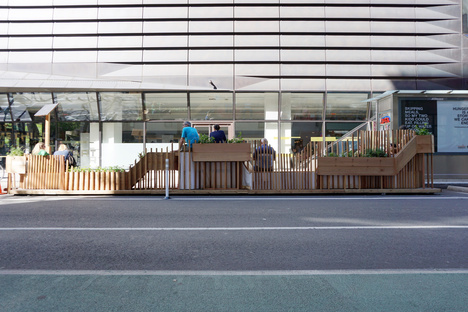 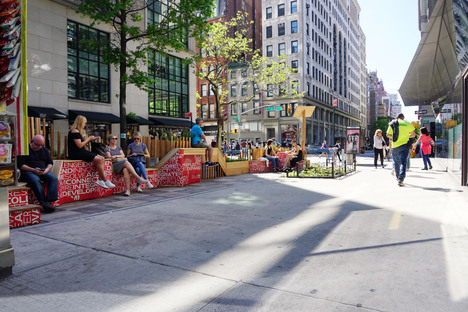 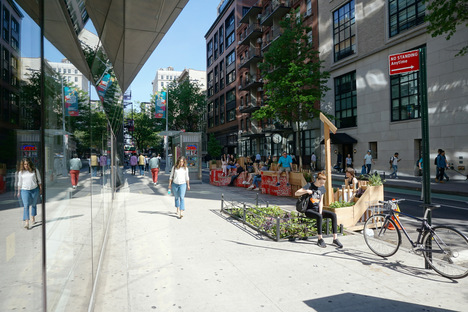 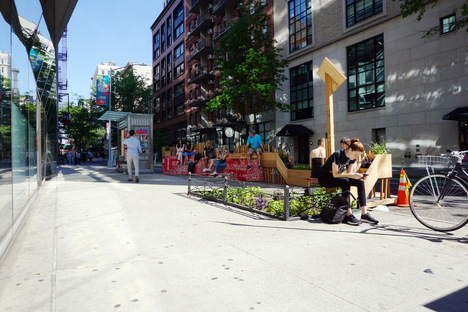 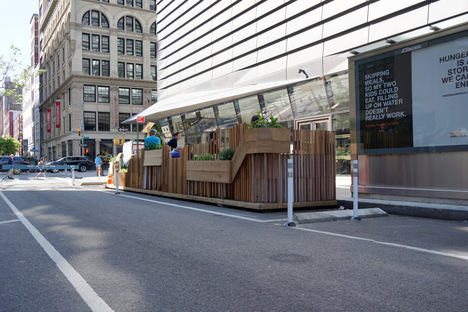 A giant slide by Carsten Höller for the DAC in Copenhagen