Henley Halebrown has won a RIBA London Award 2018 for Chadwick Hall, the new residential halls for students at the University of Roehampton. 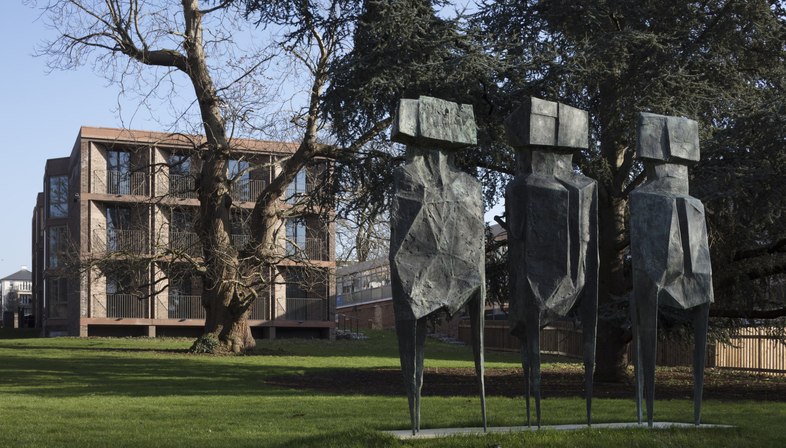 Henley Halebrown has won a RIBA London Award 2018 for Chadwick Hall, the new residential halls for students at the University of Roehampton. A project that combines attention to the context with a timeless formal beauty.


Henley Halebrown has completed a group of three residential halls for the University of Roehampton in southwest London. These new buildings are located next to the site where "The Watchers", a three-part bronze sculpture by Lynn Chadwick (1914-2003) was reinstated last year (one of three pieces was stolen in 2006).
The existing architectural setting of Roehampton is quite heterogeneous. It includes fine Georgian buildings as well as post-war municipal housing by London LCC Architects Department. The approach of the Henley Halebrown architects to the three new halls was informed by these two historic precedents and they were inspired by the existing buildings - both old and more recent - that were designed in an informal English garden-like context.
The three new residences - West Court, North Court and South Court are located around Grade II* listed Downshire House (1770). Henley Halebrown decided to pick on the idea of the classical villa in both the South and North Court residences, sharply contrasting with so many other academic buildings disconnected from a sense of place.
The West Court residence has a modernist plan like other post-war buildings in the adjacent estate but all three buildings have a formality in the way their heights and volumes engage with Downshire House. LCC Architects Department also adopted the same approach at the time in their council housing, comprising Alton East in Scandinavian style and Alton West in brutalist style, which both respond to the proportions of their neighbours and interpret them as pavilions in a park.
In the same way, Henley Halebrown connects the three new buildings, no more than four storeys, and forming a part of their landscape and topography, fully respecting the existing architecture and giving users light-filled living spaces and great views over the parkland, where even the sunken garden has had a makeover.
Henley Halebrown are also responsible for the masterplan of the University. So, their work at Chadwick Hall is a good example of how this firm envisions the future development of the academic campus as referring back formally to its collegiate roots. The jury of the RIBA London Awards 2018 appreciated this approach and awarded the timeless beauty of this inspiring and yet simple architecture, which stands out for the sensitive arrangement of the residences within the landscape, harmoniously engaging with the existing buildings and the garden 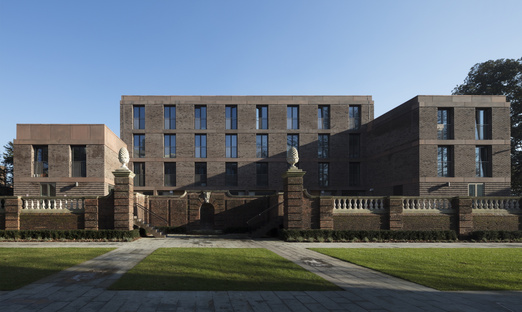 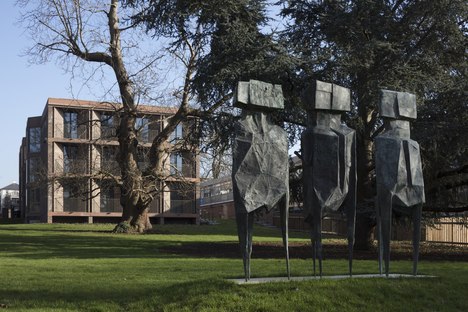 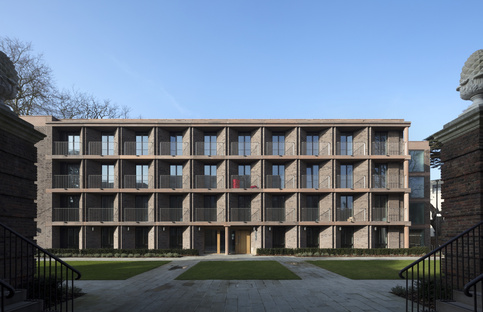 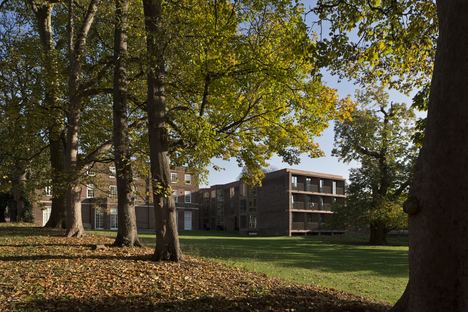 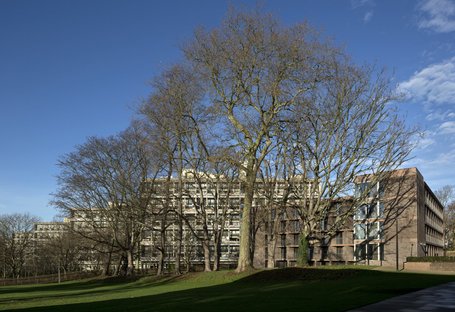 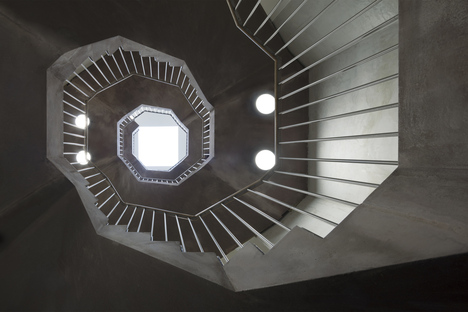 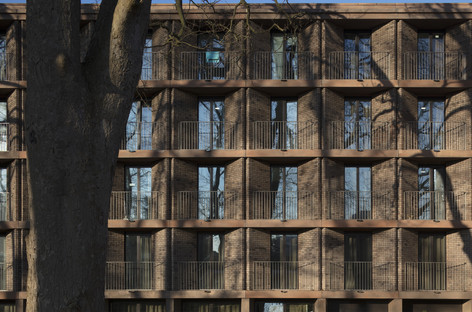 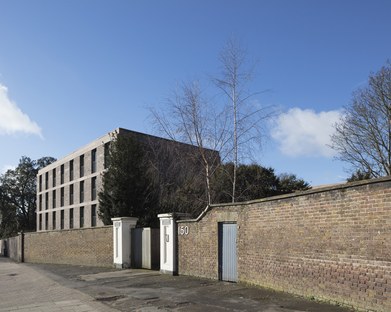 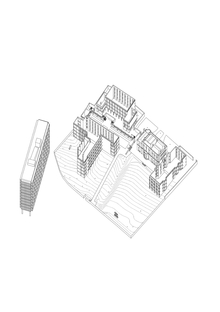 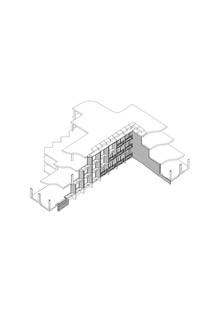 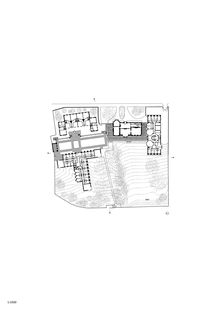