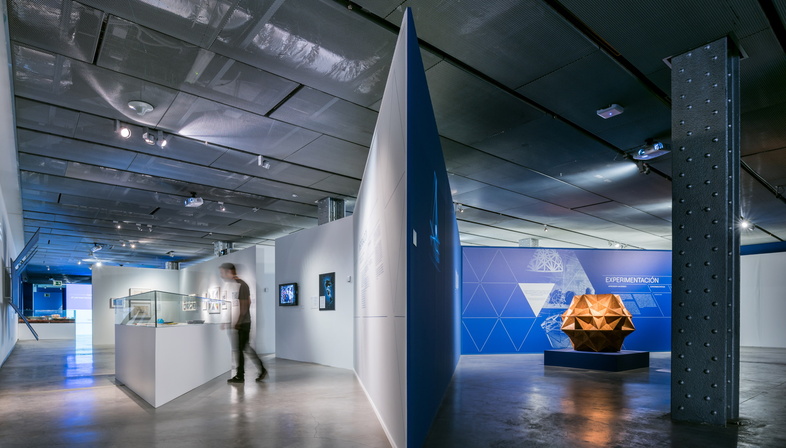 Richard Buckminster Fuller (1895-1983) was one of the great creators of the 20th century. Fuller created an immense body of work spanning a wide range of disciplines, including architecture, engineering, philosophy and education, with a singular vision of design that was capable of changing the world: from transportation to housing, education to the use of big data - to name but a few - he touched upon many of the key issues of the modern world.
The exhibition at the Fundación Telefónica in Madrid, curated by Rosa Pera and José Luis de Vicente, has taken a fresh look at his ideas, his concerns and his processes, reassessing the value of his ever-relevant legacy. The exhibition brings together Fuller’s major works side by side with projects by other creators, such as architects Abeer Seikaly, Norman Foster and Chuck Hoberman, designers Neri Oxman and Joris Laarman, and artists Olafur Eliasson, Ruth Asawa and Tomáš Libertíny. These are just some of many to have followed in Fuller’s footsteps and developed his ideas in their respective fields.
The installation is set in an attractive geometric space which establishes its own dialogue with Fuller’s many creations, and is the work of Madrid-based architecture and design studio Smart & Green Design.
In developing the project, the designers drew inspiration from Buckminster Fuller himself, who carefully studied the rules of geometry in order to put his ideas into practice. However, a certain figure always recurred in his system of thought: the triangle. As such, the proposal for the design of the space was developed with this element at its heart.
The layout of the exhibition areas is the result of a dialogue between the Dymaxion Map and the space. The twenty triangles of the icosahedron that make up this original representation of the Earth have been unfolded into a net that is used to divide up the space and construct the various devices of the exhibition. This triangular mesh-like net provides the basis for a great many of Fuller’s designs, including his geodesic domes, 4D and Dymaxion Houses, and his three-dimensional book, Tetrascroll, in which the geometry of the universe is explained by way of the tetrahedron.
In addition, Smart & Green Design has developed a rather striking installation to showcase what was perhaps Fuller’s most personal project, the Dymaxion Chronofile. In 1917, at the age of just 22, Fuller decided to undertake an experiment that would continue all the way through to his death in 1983, using himself as the test subject. It consisted of creating the most detailed possible archive of the life of a person born in 1895, chronicling the transformation of the world over the course of the new century.
Every day, he collected and archived every possible personal document related to his activities that passed through his hands. Now preserved at Stanford University, the 145,000 personal documents that make up the Dymaxion Chronofile make the life of Richard Buckminster Fuller one of the most extensively documented in history.
As a way of conveying the sheer scale of this archive, Smart & Green Design has conceived an immersive triangular tunnel with rear projection showing a selection of these documents.
For now, we can only admire "Radical Curiosity. In the Orbit of Buckminster Fuller" through the images of photographer Javier de Paz García, in the hope of one day visiting it in person somewhere in the world. 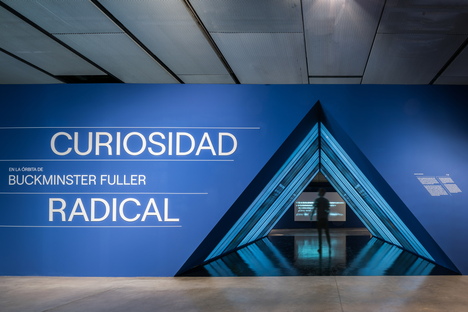 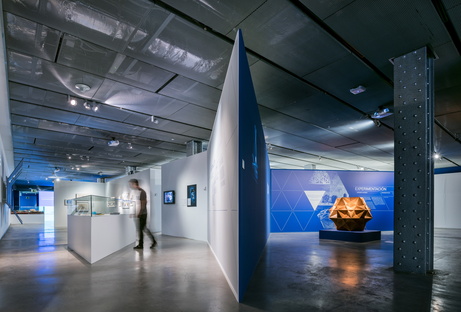 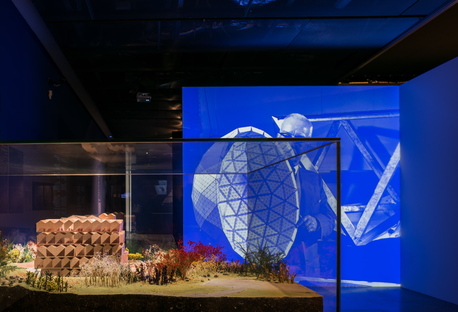 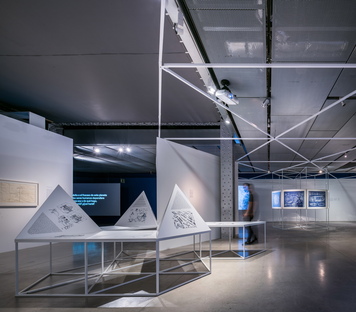 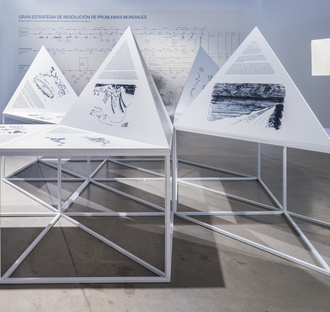 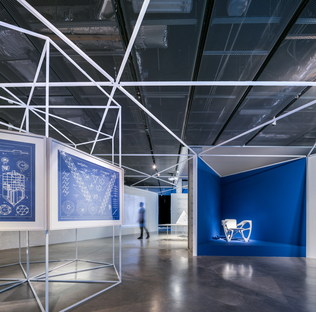 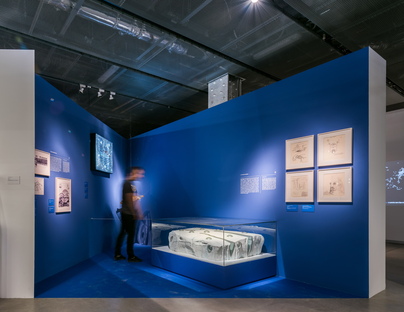 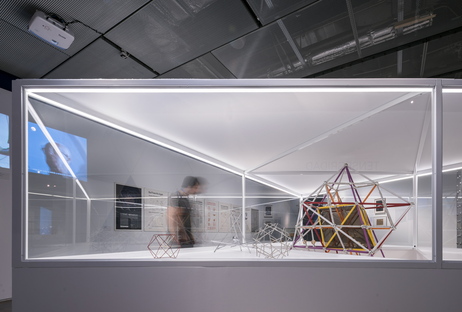 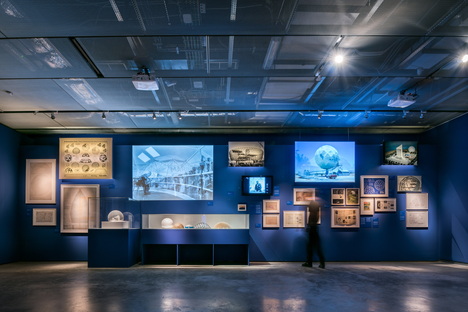 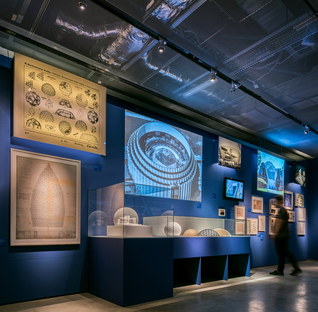 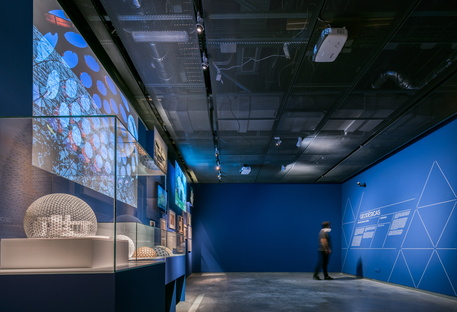 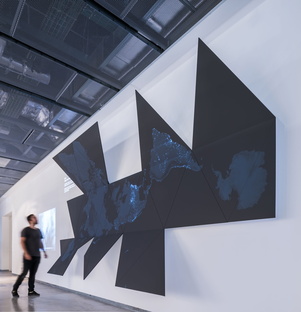 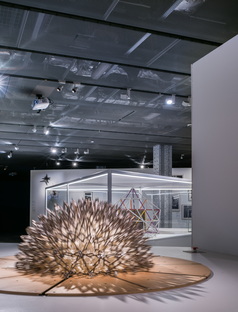 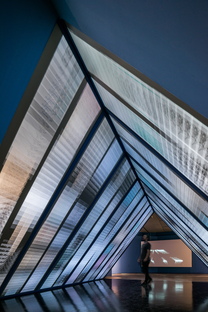